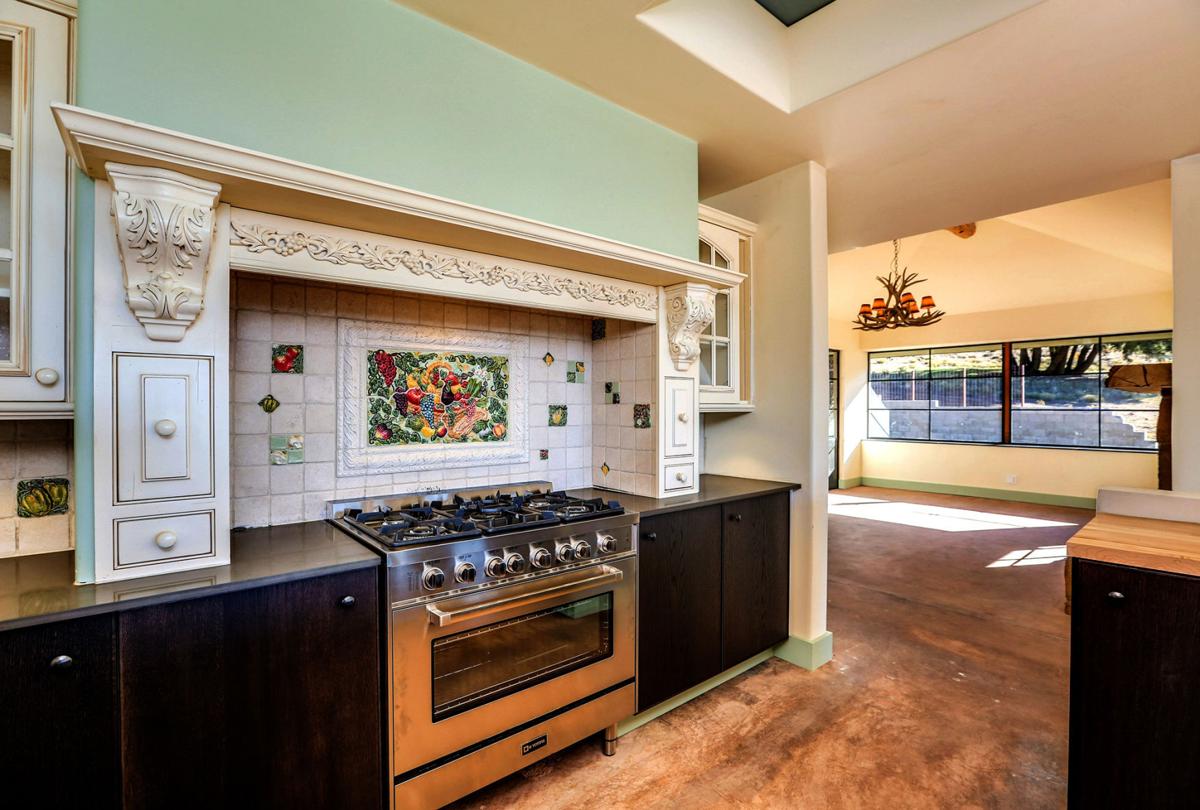 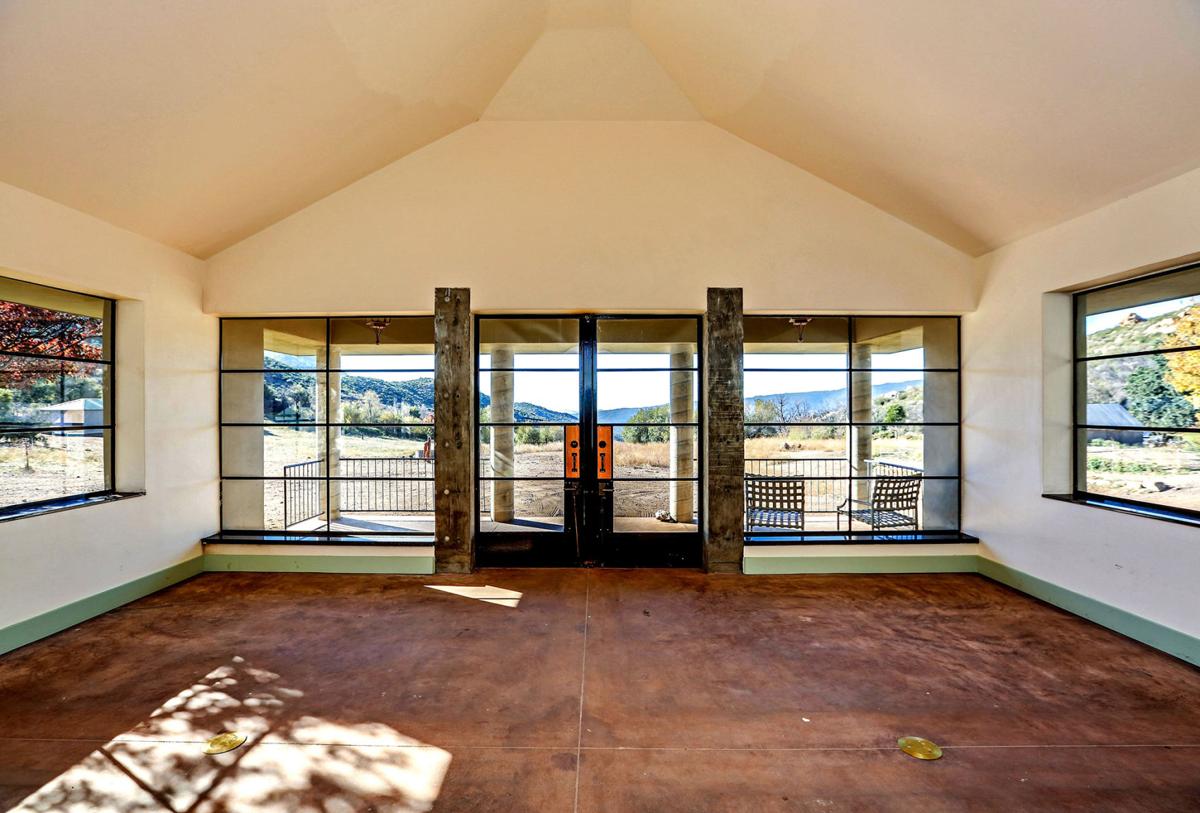 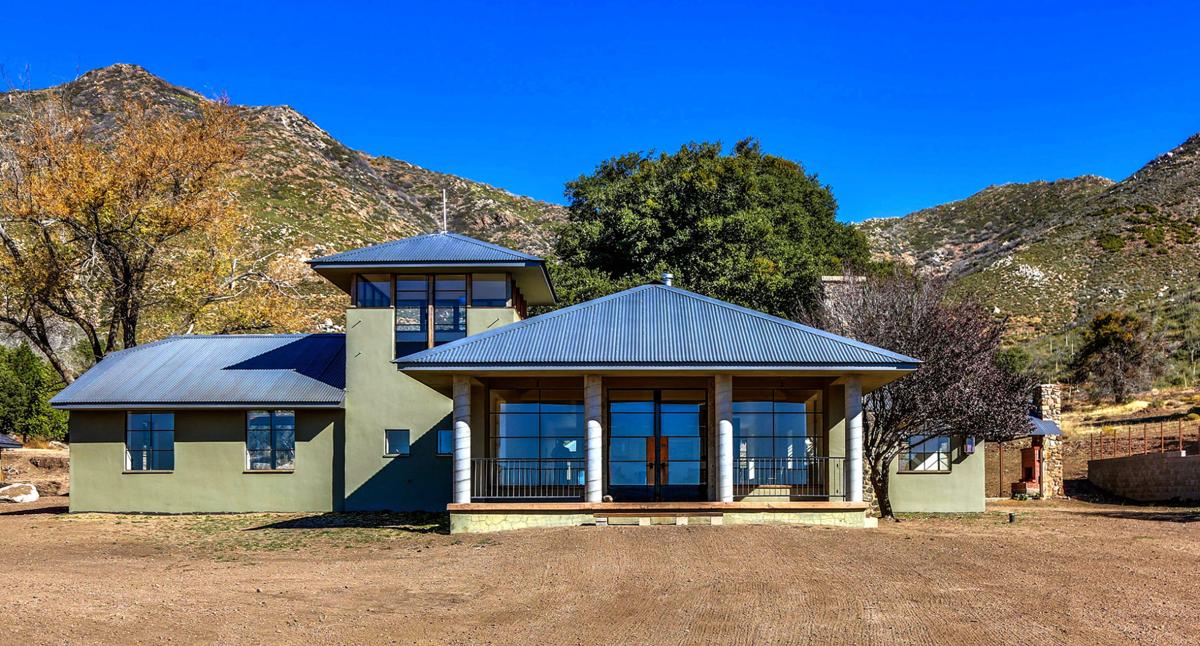 LOS ANGELES — What a trip. In the San Jacinto Mountains, a desert ranch where the LSD advocate Timothy Leary and his Hippie Mafia once congregated has found a new owner: YouTube personality and amateur boxer Logan Paul.

Paul, who last week lost a boxing match against British YouTuber KSI at Staples Center, paid a dollar more than $1 million for the 80-acre property in Mountain Center.

Billed as the only private property in Duchess Canyon, the compound has enough structures to house a small community — and it once did. About 30 members of the Hippie Mafia, a.k.a. the Brotherhood of Eternal Love, led by Leary, occupied the property in the 1960s, using it to take and manufacture LSD, as well as worship nature in the rugged landscape.

Leary and his wife, Rosemary, lived in the two-bedroom main house while the rest occupied outbuildings and tepees scattered across the grounds. One of the group’s members died of an overdose in 1969, and three years later, narcotics agents raided the compound and made seven arrests, ending the drug-fueled stay.

The ranch house remains the largest home on the property, and other structures include a guesthouse, bunkhouse and workshop. There’s also a barn, two-car garage and two solar panel systems for power. A pair of springs feeds a 70,000-gallon water tank.

Leary, who died in 1996 at 75, was a clinical psychologist at Harvard University when he oversaw the controversial Concord Prison Experiment and Marsh Chapel Experiment, which tested the effects of psilocybin, a psychedelic drug, on prisoners and theology students in the early 1960s. He became a strong proponent of using mind-altering drugs to treat behavioral disorders.

Paul, 24, gained a following on the video-sharing app Vine before creating a YouTube channel shortly after in 2013.

The Montecito home of late author Sue Grafton is seeking to start a new chapter, relisting for sale at $6.999 million.

It’s the second price cut for the two-acre estate after coming to market at the beginning of the year at $8.5 million.

Two structures fill out the gated grounds: a 5,800-square-foot home and an 800-square-foot guesthouse atop a three-car garage. Southern architectural flourishes are reminders of Grafton’s Kentucky roots. Latticework adorns the exterior, and a spacious front porch with a fireplace leads into a dramatic foyer and spacious common rooms designed for entertaining.

The step-down living room and formal dining room both feature stone fireplaces, and the kitchen adds an island and tiered breakfast bar. Clerestories ring the media room. Upstairs, built-in shelves cover the walls of the office.

Five bedrooms and 5.5 bathrooms finish off the floor plan, including a master suite with an ocean-view balcony. An elevator navigates the two-story interior.

Outside, covered patios access the landscaped grounds filled with manicured oak and fruit trees. Water features include a spa and small pond.

THEIR MOVE WAS SCRIPTED

Comedian Sebastian Maniscalco and his wife, artist Lana Gomez, have put their Beverly Grove abode on the market for $4.5 million.

The listing comes a few weeks after the couple wrapped up a massive home upgrade, paying $21.65 million for Gwen Stefani’s home in the Beverly Hills Post Office area.

The Mediterranean-style spot clocks in at slightly more than 4,000 square feet — a tad smaller than their new 12,000-square-foot showplace — and has four bedrooms and 4.5 bathrooms.

An expansive chandelier-topped foyer opens the floor plan, leading into a turquoise living room and bright red dining room. The kitchen calms things down with hardwood floors and bold shades of black on the island and cabinetry.

Maniscalco, 46, has released five comedy specials in the last decade, including 2019’s “Stay Hungry.” As an actor, he boasts roles in “Green Book,” “Tag” and Martin Scorsese’s upcoming film “The Irishman.”

HIS ‘PEACE’ OF ENCINO

The Tuscan-style house, built in 2006, features a two-story entry, six bedrooms, 4.5 bathrooms and nearly 5,400 square feet of living space on two stories. Arched French doors bring light into the family room. The chef’s kitchen is equipped with an island and a butler’s pantry.

The property originally hit the market a year ago for $2.6 million, records show.

World Peace, formerly Ron Artest, played 17 seasons in the NBA and won a championship with the Lakers in 2010. The former all-star and two-time NBA defensive player of the year was featured this year in the documentary “Quiet Storm: The Ron Artest Story,” which chronicled his upbringing and struggles throughout his playing career and raised awareness about mental health.

O.C. HOME HAS QUITE THE PRESENCE

The longtime home of the Rev. Robert H. Schuller, the televangelist who built the Crystal Cathedral in Garden Grove, has come up for sale in the city of Orange for $1.749 million.

The sprawling ranch-style is one of just 12 homes located in Hewes Park Estates, a late-1800s park turned gated community known for its 100-year-old trees.

Built in 1952 and later expanded, the 4,837-square-foot house retains its detailed millwork and custom built-ins while incorporating modern updates in the kitchen. A custom library was designed to evoke the St. Edmund Hall at the University of Oxford in England.

The light-filled living room has one of four fireplaces and expansive bay windows that bring garden views inside. Formal and informal dining rooms, a study with custom stained-glass windows, a bonus room, three bedrooms and six bathrooms fill out the single-story floor plan.

Outside, there’s a covered patio, lawn, palm trees and a fenced swimming pool.

Schuller, who died in 2015 at 88, started his Orange County ministry in 1955 at a drive-in movie theater off the 5 Freeway. He became a national fixture in the 1980s as creator and host of “Hour of Power,” a weekly Protestant program that became among the most-watched religious shows on television.

His landmark megachurch building, designed by Philip Johnson, was purchased by the Roman Catholic Diocese of Orange and, after a two-year, $72.3-million renovation, was officially dedicated in July as Christ Cathedral.

Jeff Bridges has found a big-time buyer for his Spanish Revival-style compound in Montecito: Oprah Winfrey. The media mogul shelled out $6.85 million for the home _ the exact same price Bridges and his wife, Susan Geston, paid for it five years ago, records show.

Winfrey is adding to her stock of Montecito real estate while Bridges is leaving his behind. Two years ago, the “Big Lebowski” actor sold his larger property in the area _ a Tuscan-inspired vineyard estate of nearly 20 acres _ for $15.925 million. He also unloaded several parcels of land in Malibu earlier this year, The Times previously reported.

The four-acre compound is a nice addition to Winfrey’s collection of homes in the celebrity-popular community. In 2001, she paid $50 million for a 42-acre estate known as “The Promised Land,” which is currently valued at roughly $90 million. Then, she picked up a nearby horse farm for $28.95 million at auction four years ago.

Her new place is anchored by a 100-year-old home built by noted architect James Osborne Craig. Surrounding that are gardens, redwoods, oak groves, orchards, a guesthouse and a pool house. Equestrian features include a carriage house and horse facility with five stalls and a tack room.

The sky-lit kitchen offers tile and quartz finishes, and an indoor-outdoor lounge sports a wall of built-ins. In the master suite, a newly added bathroom boasts heated teak floors and a sleek shower of marble and glass. In total, there are three bedrooms and three bathrooms.

Outside, landscaped entertaining areas take advantage of the secluded grounds. A tile courtyard tacks on a fountain. A brick patio on the other side of the home wraps around a swimming pool and spa.

Sally Hanseth of Coldwell Banker Residential Brokerage handled both ends of the deal.

Bridges, 69, won an Academy Award in 2010 for the film “Crazy Heart.” His scores of movie credits also include “Hell or High Water” and “True Grit,” and last year he starred in “Bad Times at the El Royale.”

Winfrey, 65, hosted her syndicated talk show “The Oprah Winfrey Show” for 25 years and more than 4,500 episodes. In 2008, she launched her own cable channel, Oprah Winfrey Network. Forbes estimates her net worth at $2.7 billion.

Her country-spanning collection of homes includes properties in Chicago, Hawaii and Tennessee.