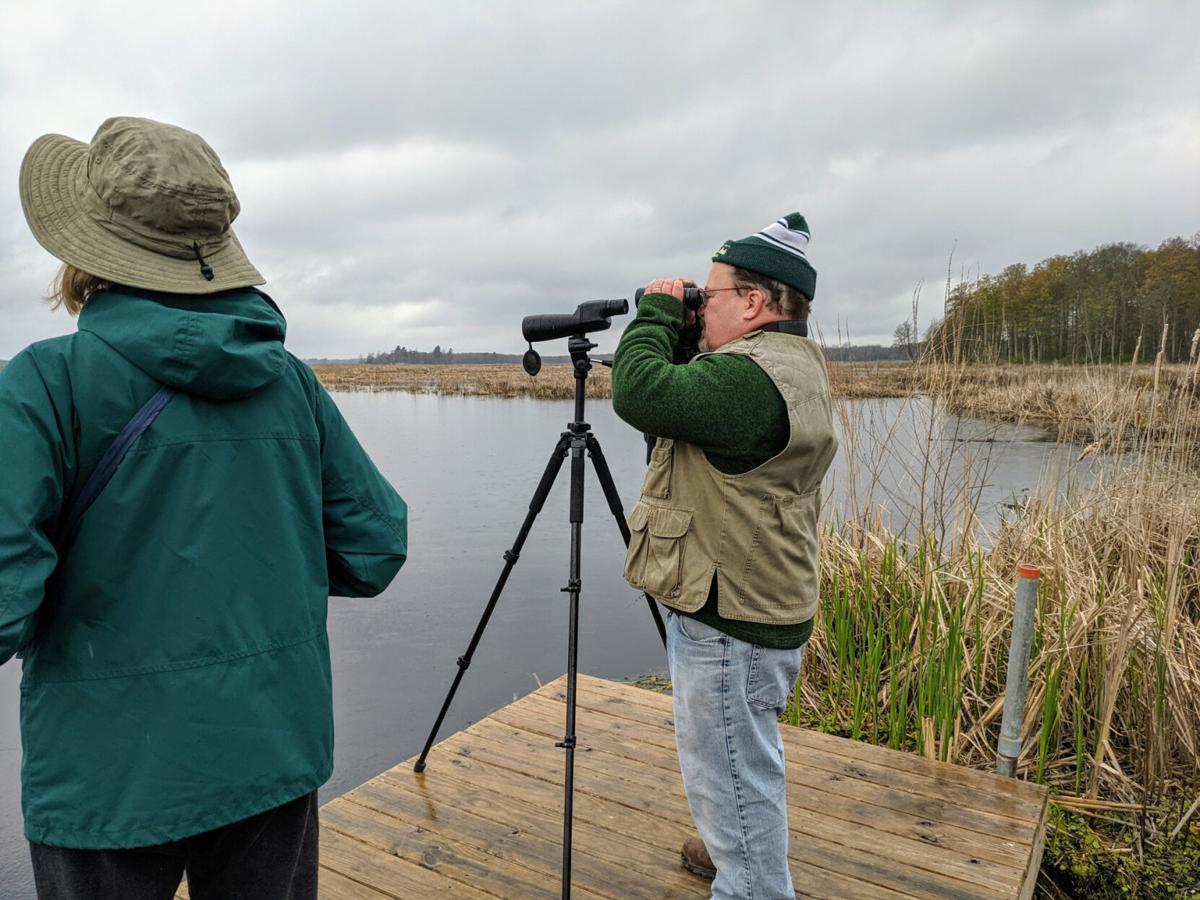 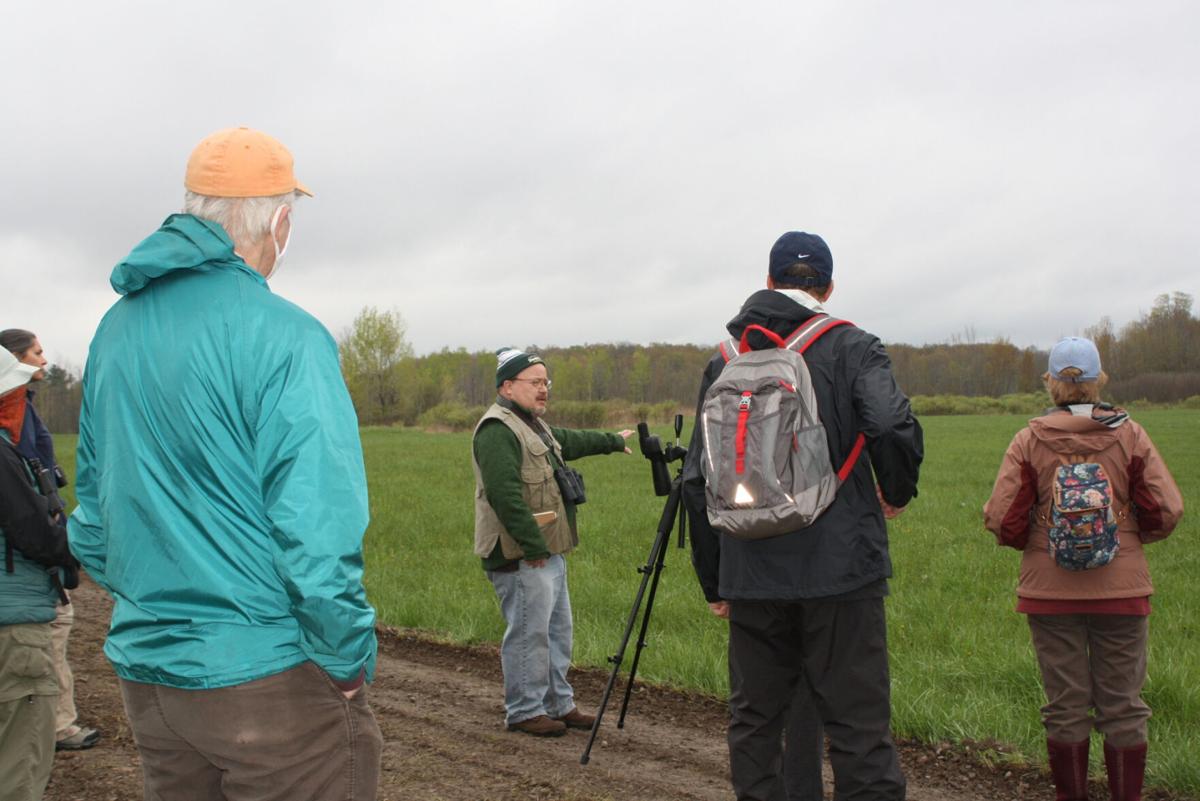 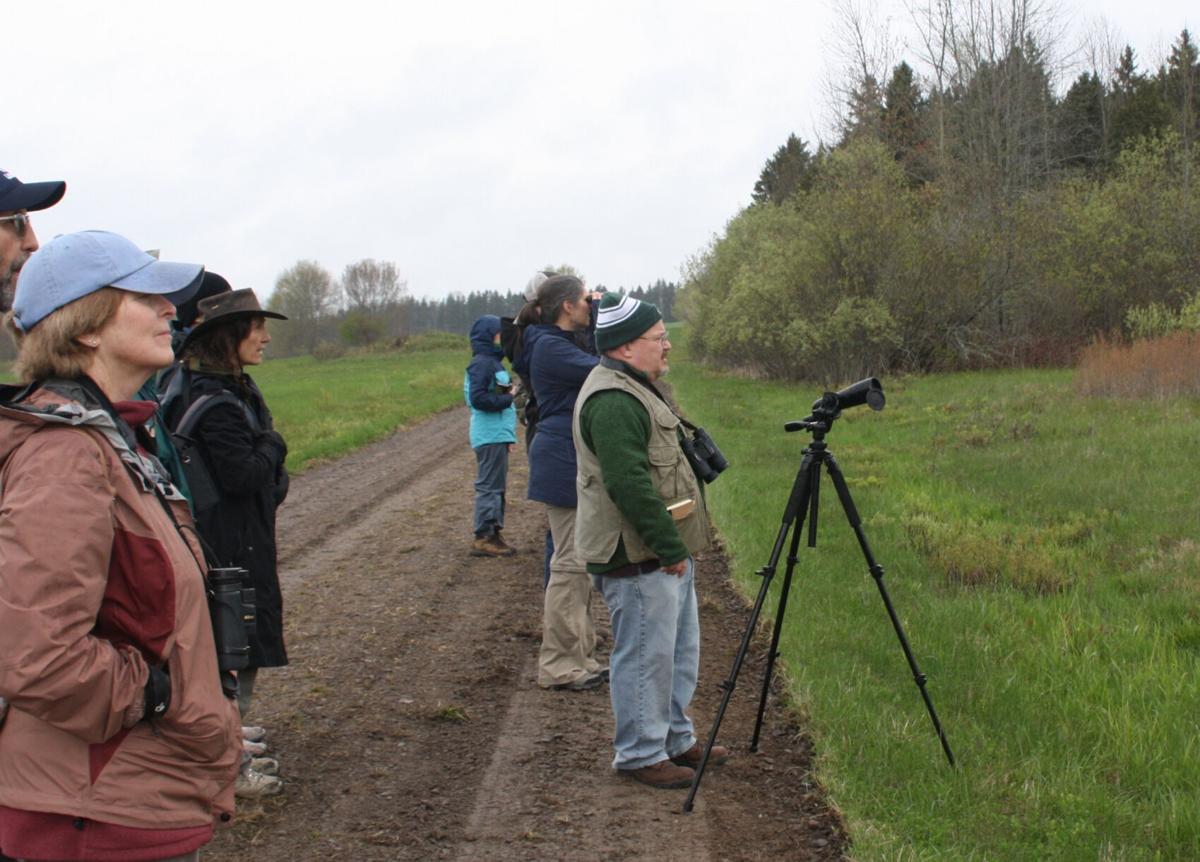 Birders stop to search for a towhee on the edge of the forest Saturday morning during the St. Lawrence Land Trust Spring Guided Bird Walk. Tom Graser/Watertown Daily Times 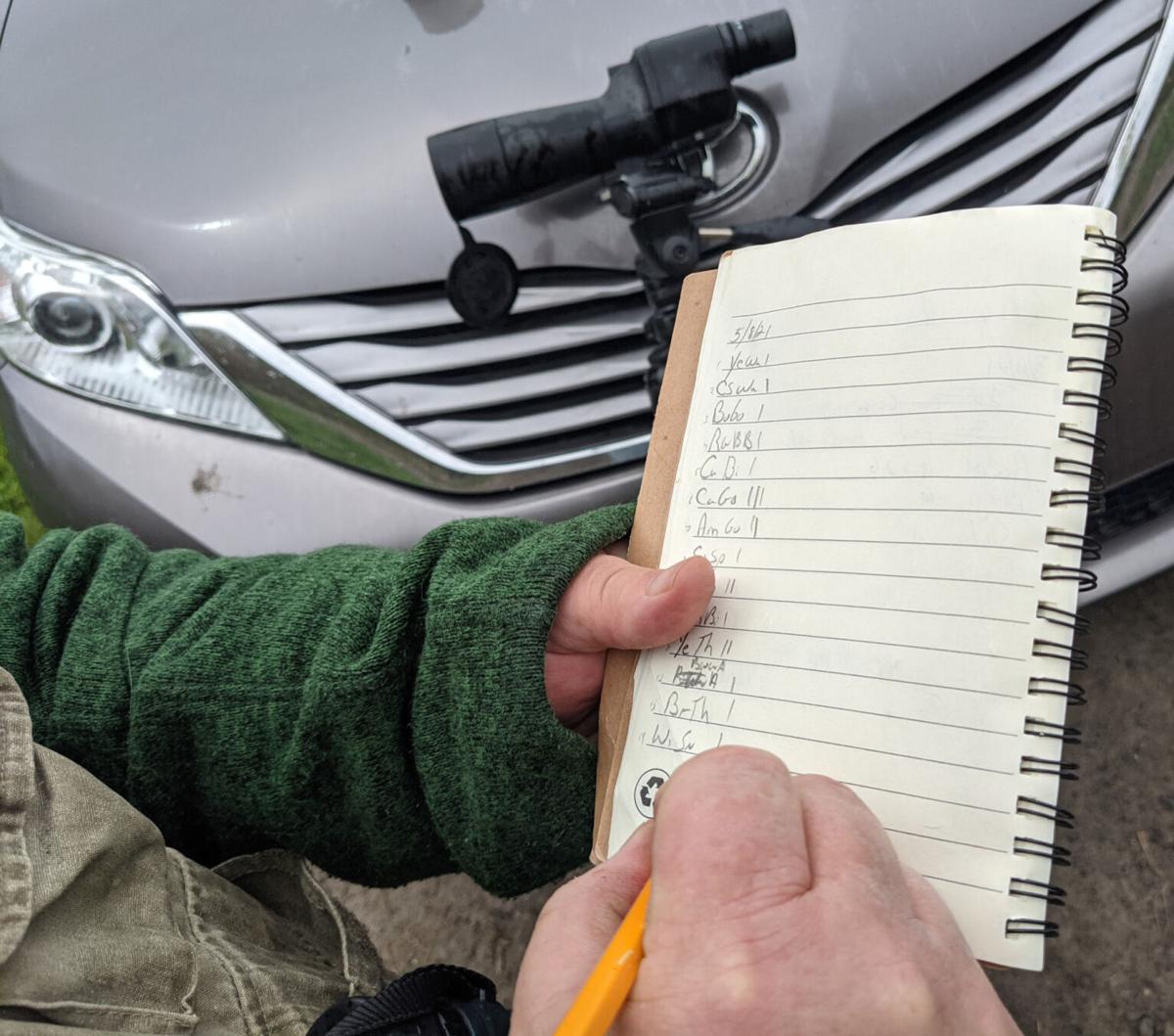 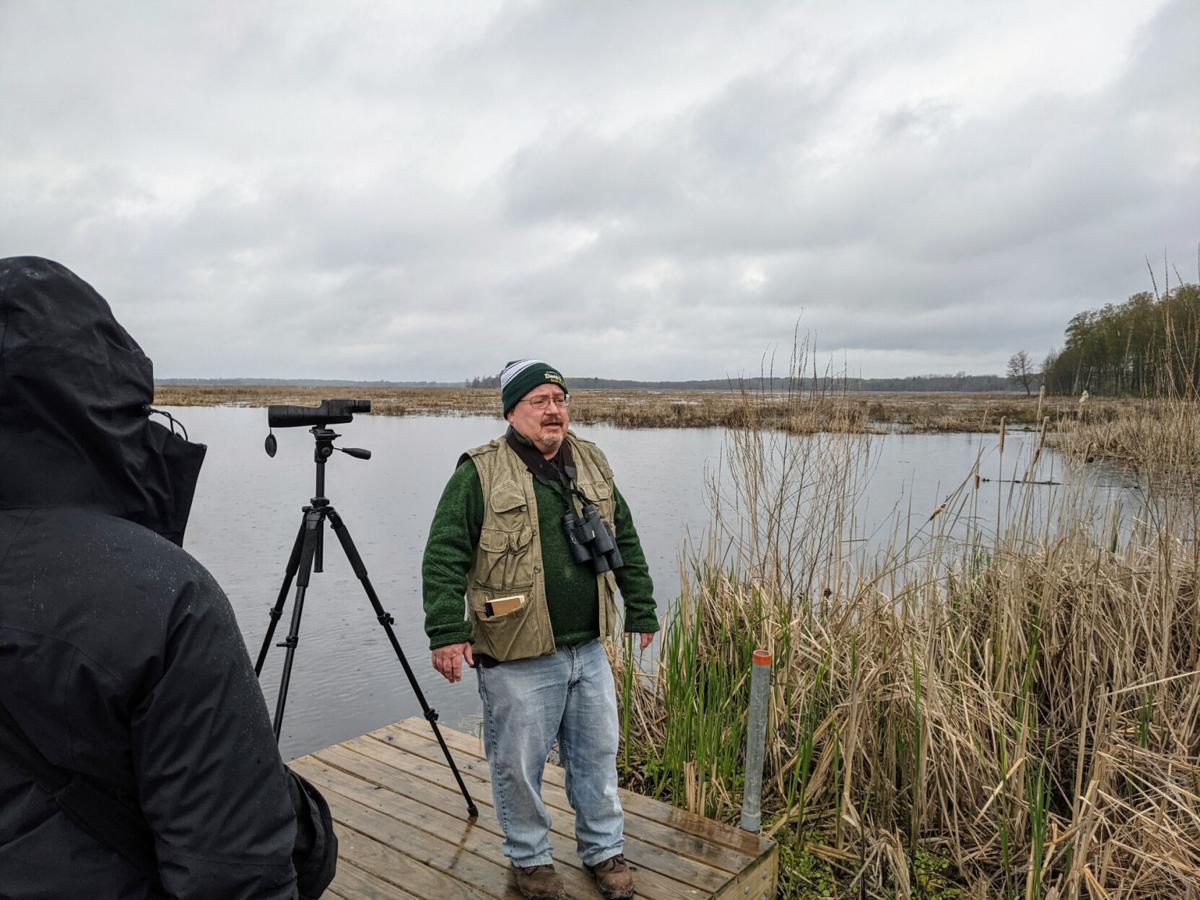 Bird walk leader Tom Langren on Saturday morning tells the birders about the great diversity of birds on the wetland that extends from the Oswegatchie River to the Grasse River and beyond during the St. Lawrence Land Trust Spring Guided Bird Walk. Tom Graser/Watertown Daily Times 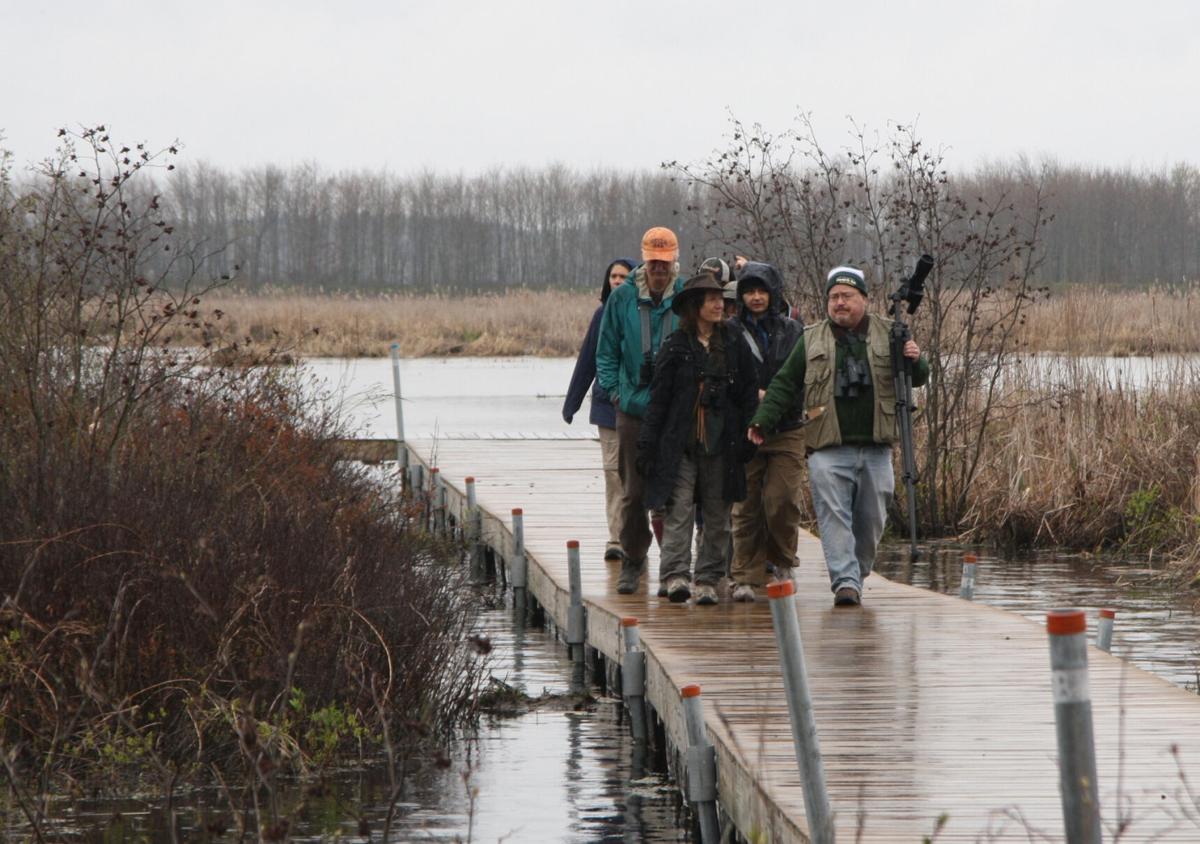 Birders stop to search for a towhee on the edge of the forest Saturday morning during the St. Lawrence Land Trust Spring Guided Bird Walk. Tom Graser/Watertown Daily Times

Bird walk leader Tom Langren on Saturday morning tells the birders about the great diversity of birds on the wetland that extends from the Oswegatchie River to the Grasse River and beyond during the St. Lawrence Land Trust Spring Guided Bird Walk. Tom Graser/Watertown Daily Times

CANTON — With a tripod and a spotting scope slung over his shoulder, Clarkson University biology professor and St. Lawrence Land Trust volunteer Tom Langen led 15 people down a gravel road Saturday morning in search of birds.

There wasn’t a lot of searching — the birds were everywhere. Even before the birders arrived, Mr. Lanren said he had detected 14 different birds near the parking area just off County Route 14 on the state Department of Conservation’s Upper and Lower Lakes Wildlife Management area.

Some of the detections had been visible, but most had been auditory, he said. Migratory song birds were arriving in great numbers in St. Lawrence County this week after journeying from South and Central America and the Caribbean, he said.

“It’s a great day to be doing this because everything is back,” Mr. Langen said Saturday. “Some of them probably dropped in last night.”

The St. Lawrence Land Trust Spring Guided Bird Walk is an annual event sponsored by the land trust. The road, which winds through grassland, old-forest, young-forest and ends at an observation dock that thrusts out into Middle Lake, may be the best spot for birding in Northern New York, Mr. Langen said.

The Upper and Lower Lakes wetlands, which connects the Oswegatchie River with the Grasse River, is part of one of the largest wetlands in the Northeastern United States, Mr. Langen said, making it an ideal location for a great many species of birds.

A birding walk is a slow-moving affair, with frequent stops to listen and peer into the trees. The songs of chickadees, bobolinks and warblers filled the air. The more experienced birders in the group were able to pick out the different species of each bird family from the songs alone.

While many of the birds heard in the woods had just arrived from distant locations, many were less exotic.

While robins are common in suburban settings, he said, they are still a forest bird and interesting because robins have one of the most complex songs of all the song birds.

The highlight of the walk through the woods may have been a raucous back and forth between to barred owls declaring their territory. While only one of the birds was sighted fleetingly, the loud calls echoed through woods for several minutes.

On the dock on Middle Lake, the birders spotted loons, terns, trumpeter swans and blue herons among the reeds.

A slight rain was falling as the birders made their way out of the woods, stopping now and again to search for birds when particular songs were heard.

The last extended stop ended with the successful sighting of a towhee at the edge of a forest glade just a few yards from where the cars were parked, waiting to take birders back home with a greater awareness of the songs filling north country backyards this spring.