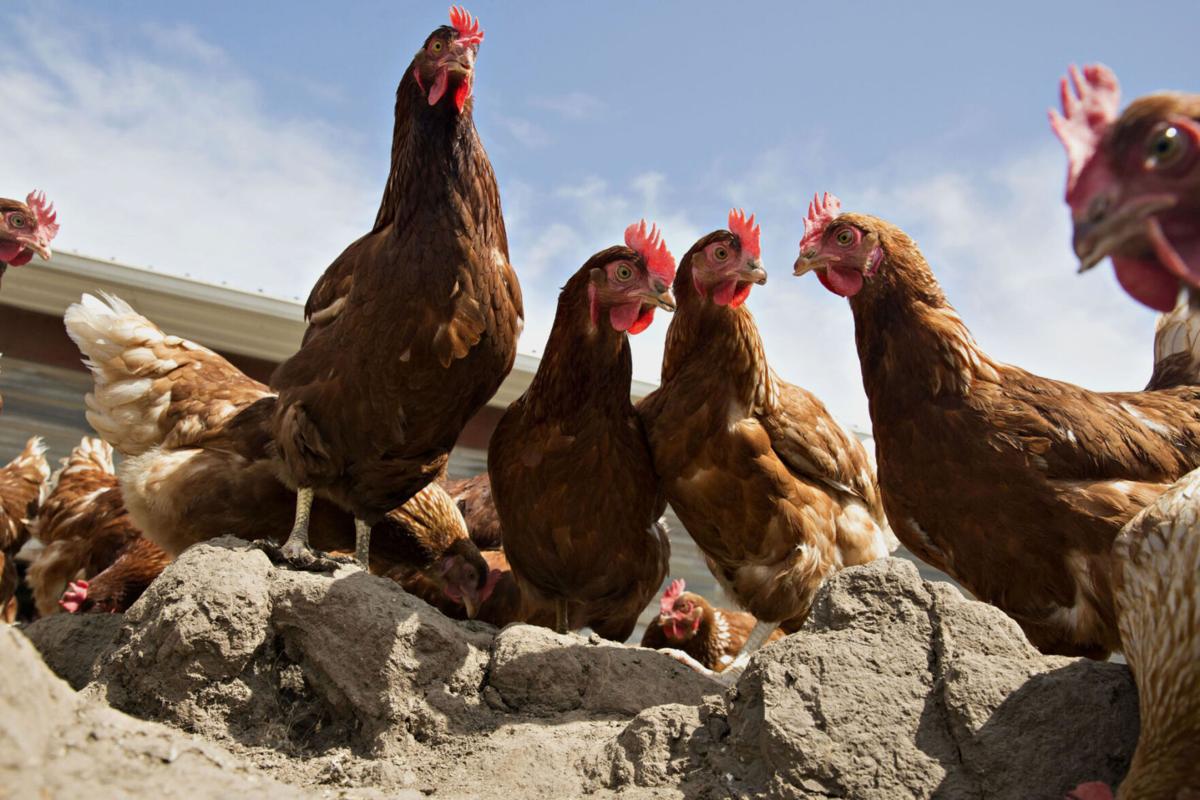 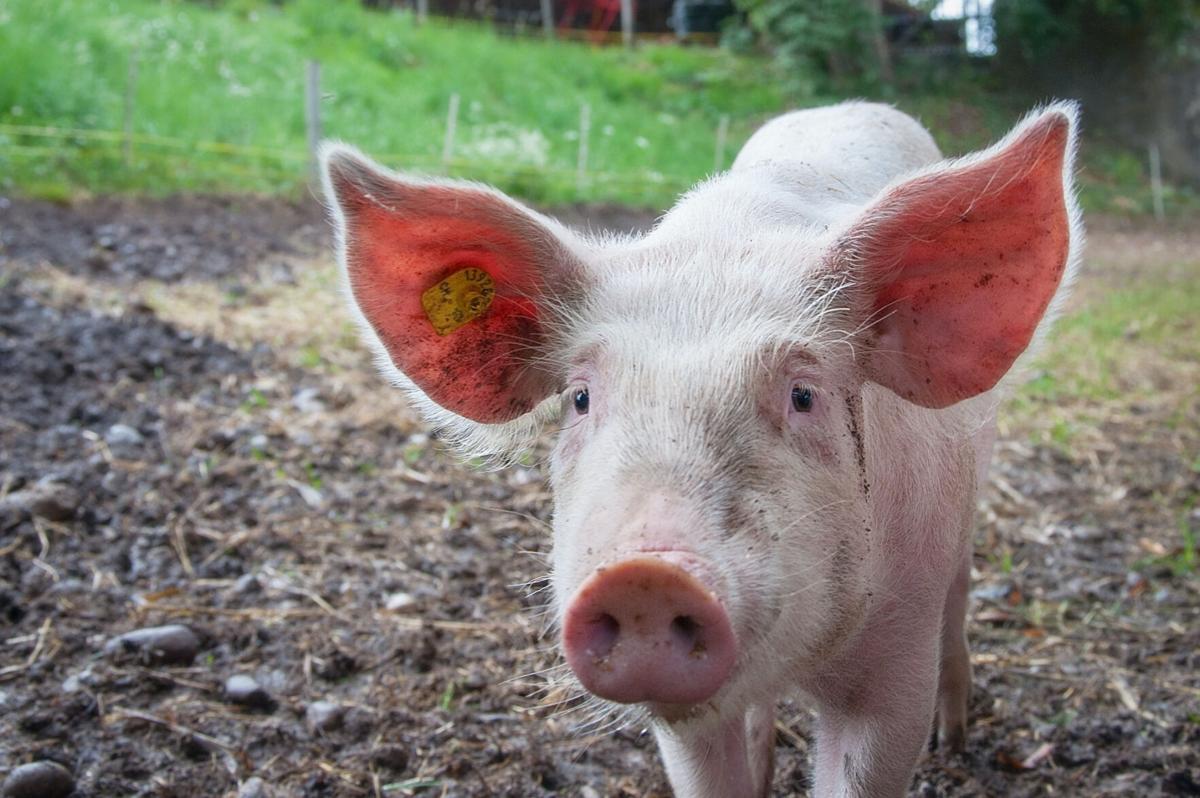 When COVID-19 arrived this winter, Chase Beathard worried so much about meat shortages that he took advantage of a Craigslist ad offering a free boar. Now the 34-year-old breeds pigs.

Producing pork, from his home in Shelton, Wash., places Beathard in a cohort who plunged into do-it-yourselfism while hunkering down during the pandemic. They are gobbling up content, like a YouTube series on growing food from Homesteaders of America that had a 10-fold jump in subscribers in 48 hours. Meanwhile, sales more than doubled at Etsy, an online market for handmade goods. Revenue gains at DIY giants Home Depot and Lowe’s are the highest in nearly two decades. And if you’re looking for a pressure canner, chickens or mason jars, good luck; they’re often sold out.

“COVID-19 has just accelerated some of our long-term homesteading goals,” Beathard said.

While COVID has decimated large swathes of the global economy, it has sparked others, like video conferencing and home appliances. Do-it-yourself pursuits, such as bread making, gardening and crafts, have also boomed and appear primed to last after the pandemic becomes a dark, distant memory.

Just as victory gardeners supplemented rations and boosted morale during the World Wars, the DIYers of coronavirus are facing quarantines and shortages with a mix of survivalist bravado and self-expression. Many are skipping the usual retailers, and instead turning to recycled goods, small businesses or individuals for their needs.

Not all of these consumers are as hardcore as Beathard, a plant scientist who lives off a 10-acre plot of land with his wife and four kids.

Take Abdel Elshiekh, a neuroscience doctoral candidate at Montreal’s McGill University. He tried to find moss poles for his houseplant hobby, but they were sold out at Home Depot and Canadian Tire. So the 31-year-old built his own from coconut fiber. Then he made plant fertilizer with banana peels, eggshells and coffee grounds. Soon, he was propagating his own flora.

“It’s a way for me to seek refuge from external events I can’t control,” said Elshiekh, who is also cutting his hair and baking bread.

People who were already DIY hobbyists are expanding their skills. Tynika-Ann Carter, a 24-year-old former model in Western Cape, South Africa, turned to farming and gardening years ago in a quest to replace materialism with something more wholesome. Since the virus, she’s added making baskets, weaving and crocheting. “COVID has given me more time to dive in and give myself fully to the things I love,” she said.

Beathard, Elshiekh and Carter model a new attitude about what’s cool, and show how the pandemic is accelerating it. Like hipsters, they’re setting new trends and flaunting the look on Instagram. But they’re also doing a lot of the hard, survival-focused work that defines homesteading.

Some have dubbed them the hipsteaders.

“We had to learn to do more for ourselves, to be more self-sufficient,” Mary Osirim, a professor of sociology at Bryn Mawr College, said of the past six months of lockdowns and sporadic shortages. This do-it-yourself ethos is being driven by more free time because of less traveling and commuting, but also necessity, she said.

Osirim and her fellow sociologists are only beginning to measure the pandemic’s impact. A survey by Bloomberg News and Morning Consult suggests not only that many more people cooked, baked and worked out at home than ever before, but that they want to continue doing so after the virus.

The poll of 2,200 U.S. residents in late June showed that a third of Americans grew herbs and vegetables and did their own sewing and clothing repairs. Equally significant, 60 percent of Americans expect in a fully reopened economy to do more for themselves, instead of paying for services.

The survey shows a mix of yearning for tradition and new ways forward. The number of people who want to spend more time raising chickens after the pandemic is 4 percent, the same as web design. Beekeeping came in at 2 percent, equaling 3D printing.

While it’s hard to measure the economic impact of hipsteading, it does intersect several giant markets. Globally, there’s $600 billion in home improvement, $576 billion in gardening, $526 billion of handicrafts, $59 billion in kitchenware and $16 billion in organic poultry and meat sales.

That doesn’t even get into clothing and an aesthetic some call “cottagecore,” “farmcore” or “countrycore.” Or shifting real estate values; while views of suburban real estate rose 13 percent this year, as more people contemplate leaving cities, views of rural real estate grew 16 percent, according to Realtor.com.

Hipsteading has deeper roots than the past six months. Around 2008 on the streets of Brooklyn, where many a fashion is born, the ironic t-shirts and retro record shops of hipsters gave way to something new: bearded men, small-batch pickles and homemade soaps. Farmers markets proliferated.

By 2013, as Etsy prepared to go public, the term hipsteader made appearances on websites about crab apple cordial and chevron knitting patterns. Since then, as the youngest consumers, Gen Z, eke out their identity, buzzwords like self-care and hygge (a Danish word for coziness) suggest the home-centered mindset is destined to grow.

Then along came COVID-19 and a global recession. Shortages and the need to be frugal created more DIYers than ever.

“When you’re worried that the marketplace won’t function, you engage in more activities necessary to produce your own food or whatever you’re most worried about,” said Beth Redbird, a sociologist at Northwestern University.

And a “psychology of abundance” doesn’t easily return after a trauma, according to Ian Bell, a consumer researcher with Euromonitor International. Activities like stockpiling have continued well after events like Cape Town’s water crisis and Brexit.

Making money off the trend can be challenging, but even do-it-yourselfers need materials and a marketplace. And as people shun travel and leisure, there’s about $1 trillion up for grabs in just the U.S., according to research firm R5 Capital.

Tractor Supply said a shift in spending from travel, entertainment and dining into homesteading, land maintenance and backyard living has helped boost its sales by 35 percent last quarter-the most in nearly two decades.

The sales booms at Home Depot and Lowe’s came after people cut back on bringing professionals into their homes during COVID, and now these DIYers have more confidence to take on projects. Same goes for Kingfisher Plc, a home-improvement chain in Europe, and Einhell Germany AG, a Bavarian-focused gardening supplier.

Meanwhile at Etsy, which has seen its stock jump about 150 percent this year after record sales gains, searches for DIY kits have almost quadrupled. Chief Executive Officer Josh Silverman sees this hipsteader movement as an acceleration of a shift toward handmade goods that’s been percolating for several years.

“We want to buy fewer things,” Silverman said. “But we want the things we buy to have more meaning.”

Back in the state of Washington, Beathard now has that boar plus five pigs, 11 piglets, and 34 chickens. And he recently became convinced he needed to buy a dairy cow.

“If the food industry collapses completely, we’ll at least have milk and cheese and butter.”

Worth making from scratch

RUSSELL — Lucas J. Manning owned just a hammer and an iPad when he and his wife Sarah B. Man…

Have you recently considered raising a small group of farm animals, such as chickens?