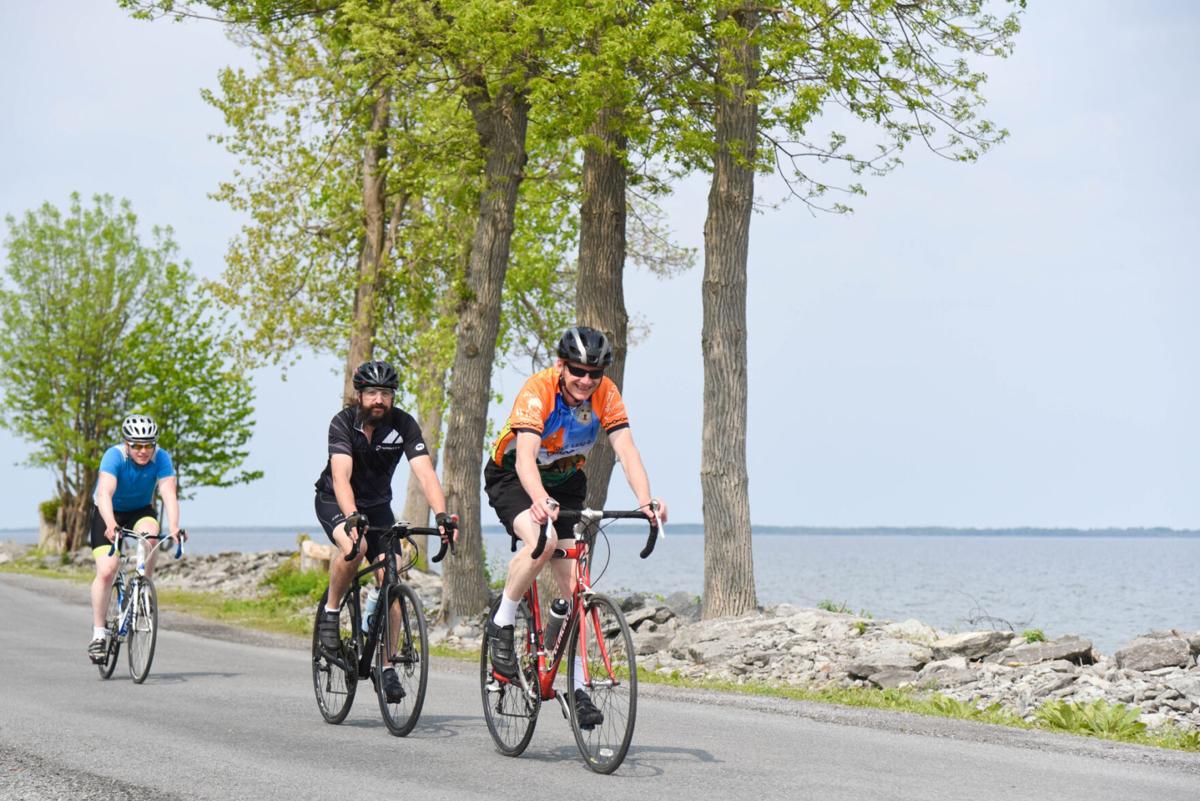 Among topics covered in the Cycling 101 sessions will be riding in a group, such as this trio, seen in a ShelterBox Ride a few years ago. Courtesy of Tom Deuson 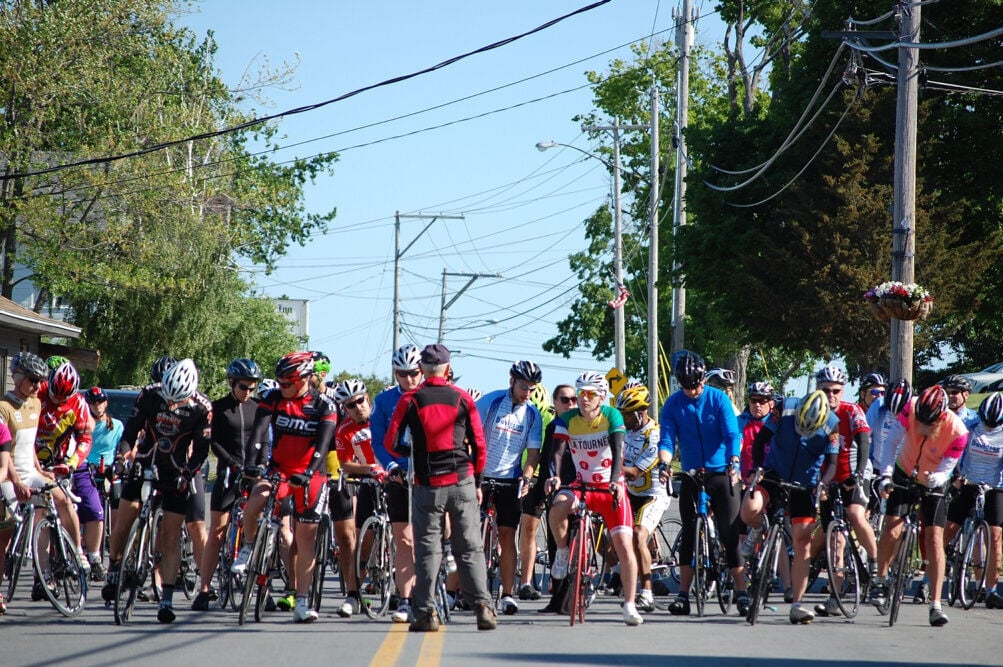 The Cycling 101 sessions are being presented by the annual ShelterBox ride, which begins in Henderson Harbor. This year’s event is on June 5. Watertown Daily Times

Among topics covered in the Cycling 101 sessions will be riding in a group, such as this trio, seen in a ShelterBox Ride a few years ago. Courtesy of Tom Deuson

The Cycling 101 sessions are being presented by the annual ShelterBox ride, which begins in Henderson Harbor. This year’s event is on June 5. Watertown Daily Times

Frequently asked questions for the state Department of Transportation concerning bicycles, a…

WATERTOWN — The pandemic has brought new people to the sport of cycling, and many riders may have apprehensions about riding, ranging from how their bikes work to the rules of the road. An upcoming Cycling 101 course is designed to offer help with those concerns.

The ShelterBox Ride committee has partnered with the Downtown Family YMCA to offer two Cycling 101 sessions, May 1 and May 8, at the Downtown Y, 119 Washington St. Both sessions are 10 to 11:30 a.m. The May 8 session will be followed by an optional short, guided and coached road ride.

This year’s ShelterBox Ride is scheduled for June 5 beginning at the West View Lodge. The 2020 ride was canceled due to the COVID-19 pandemic.

The co-instructors for the Cycling 101 sessions are the experienced riders Marc D. Rusch and Julie Sawyer. The courses are designed for beginners to enthusiasts.

Mr. Rusch, Watertown, is an active endurance athlete who has been cycling for decades. He co-hosts early morning informal group rides in the warmer weather that begin at the YMCA.

“Everyone has to start somewhere,” Mr. Rusch said. “We have a number of people who we ride with who we got into cycling. They asked and I may loan them a bicycle or something. Everybody I bike with is extremely accommodating and friendly and open to people who are new to things.”

That type of spirit will extend to the Cycling 101 sessions. The main topic of the sessions will be an introduction to group rides.

“Group riding is a very dynamic experience,” Mr. Rusch said. “You need to know how to handle your bike, how to handle cues and signals from other riders and learn not to be erratic.”

It’s a skill that’s never too late to learn, he added.

But riding in a group can be more rewarding and enjoyable and Cycling 101 will offer tips on how to make the most of it.

“If you’re riding in a group, it’s important to understand group dynamics,” Mr. Rusch said. “It’s important to understand how to pass people, how to interact with the group, now not to make sudden moves and what to expect, especially if you’re riding shoulder-to-shoulder and wheel-to-wheel. If you’re in front, people behind you are counting on you to hold your line and point out the big hole in the road.”

The dynamics of group riding can also extend to the etiquette of one “getting dropped” from the group, Mr. Rusch said.

“You went out for a ride, and you’re in over your head, let’s say, or somebody took off,” Mr. Rusch said. “Now, you’re back there somewhere and you may or may not know where you’re going. Or you may get a flat. It’s important for people in groups to understand that helping one another out is also important in a group — not abandoning people unless they requested to be abandoned.”

The basics of bike maintenance and repair will also be covered in the courses, such as how to replace a brake cable and how to repair a flat tire.

“A lot of people don’t know how to change a bike tire,” Mr. Rusch said. “It’s not difficult, but if nobody ever shows anybody these things, it can be sort of a mystery.”

Also covered will be the importance of carrying tools, and dressing for the weather, which in spring, may involve a change of clothing along the way.

“For instance, on Sunday, we left at 3 o’clock and it was 50-something degrees in Watertown and sunny,” Mr. Rusch said of his April 18 group ride. “By the time we got to Pillar Point, it was 42 degrees and windy and getting colder. What you were dressed for an hour ago might not now work.”

Rules of the road will also be addressed.

“A lot of people still think you ride against traffic,” Mr. Rusch said. “We encounter those people once in a while. It’s always a little unnerving when you’re cycling in a group and you’ve got cyclists coming toward you.”

Other topics covered will include biking vocabulary, pre-ride checks, nutrition and hydration.

“It’s really geared toward trying to be inviting, accepting and to get people over that intimidation hurdle that might keep them from getting on a bike and trying it,” Mr. Rusch said. “We really want to make it accessible, and what it’s all about.”