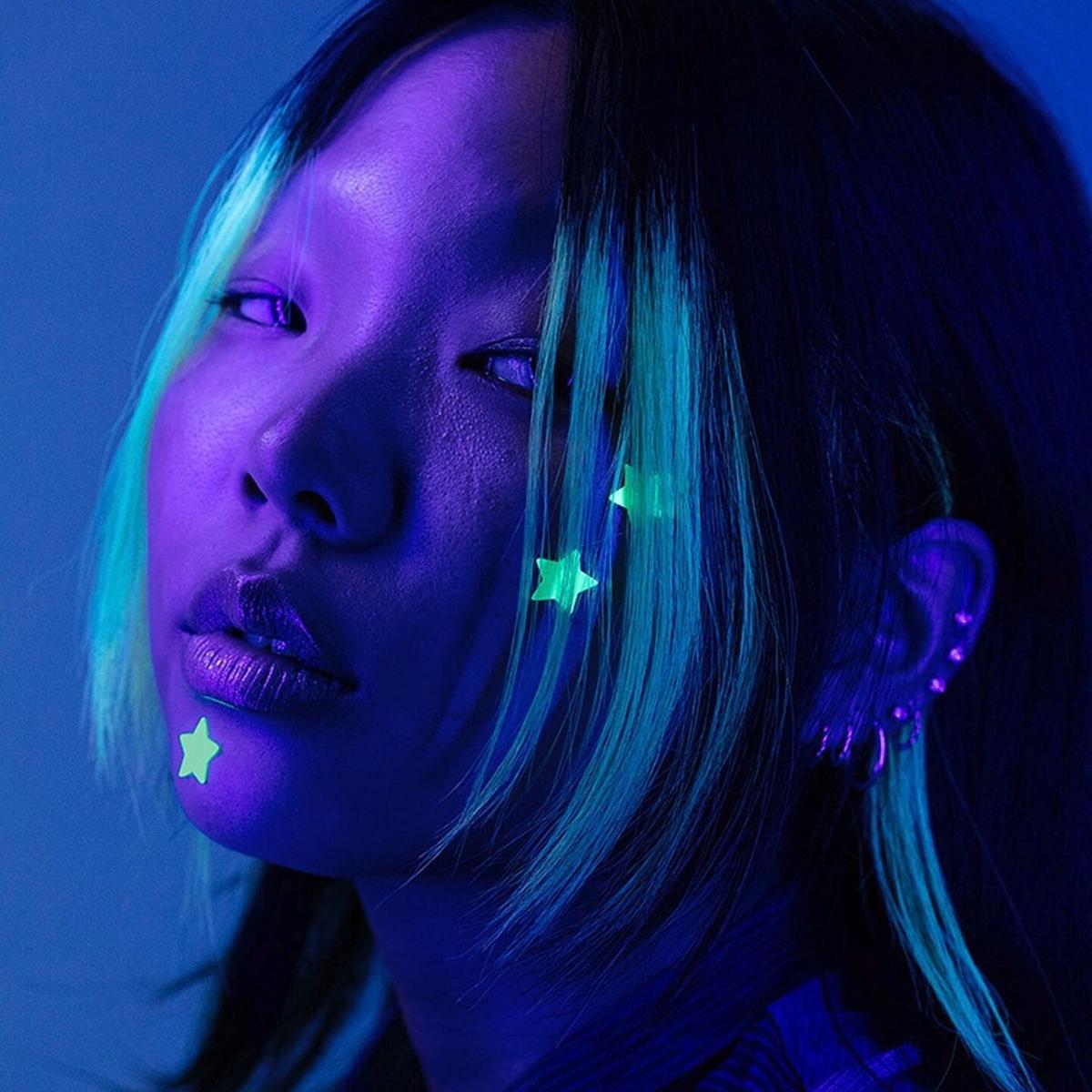 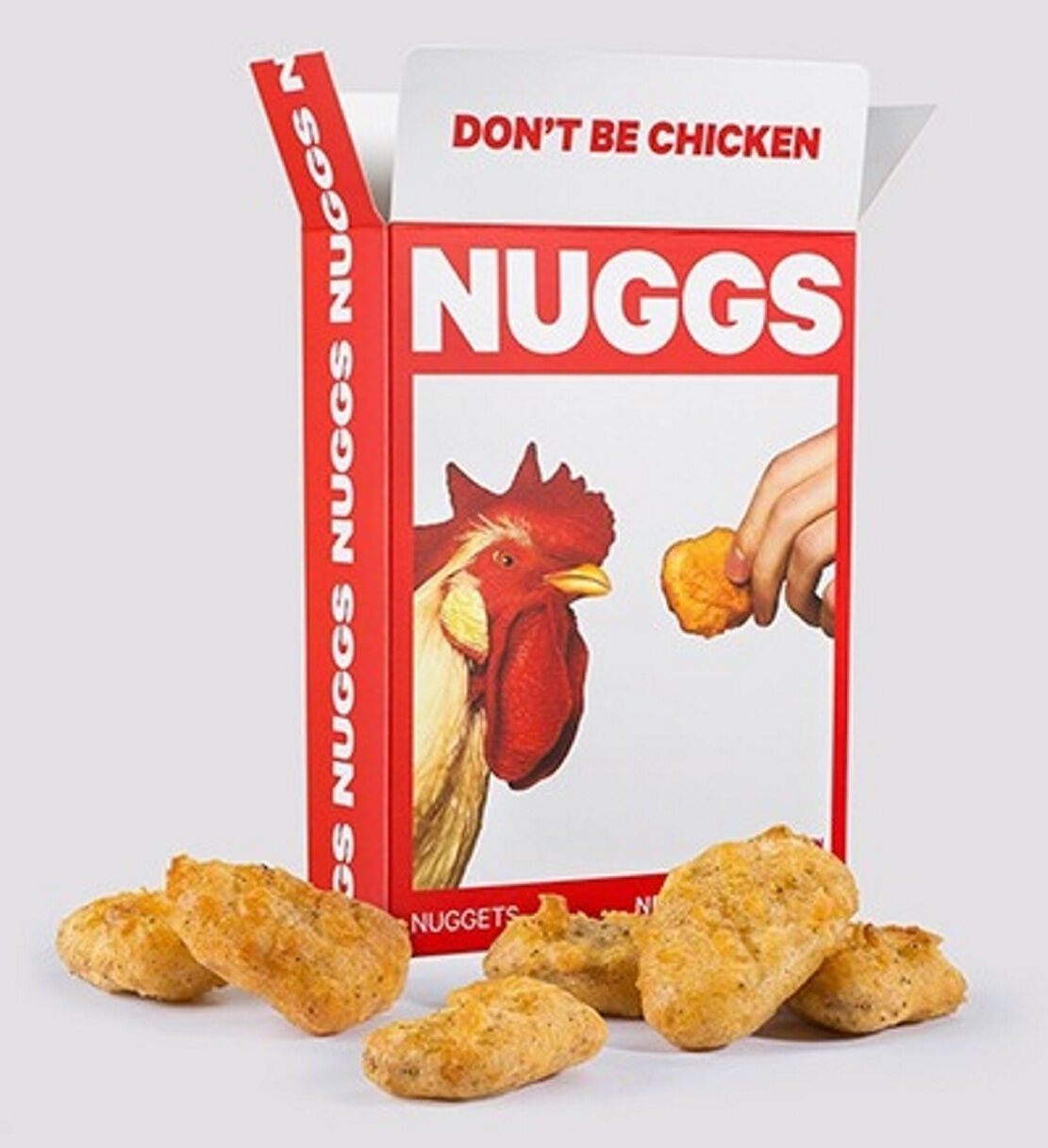 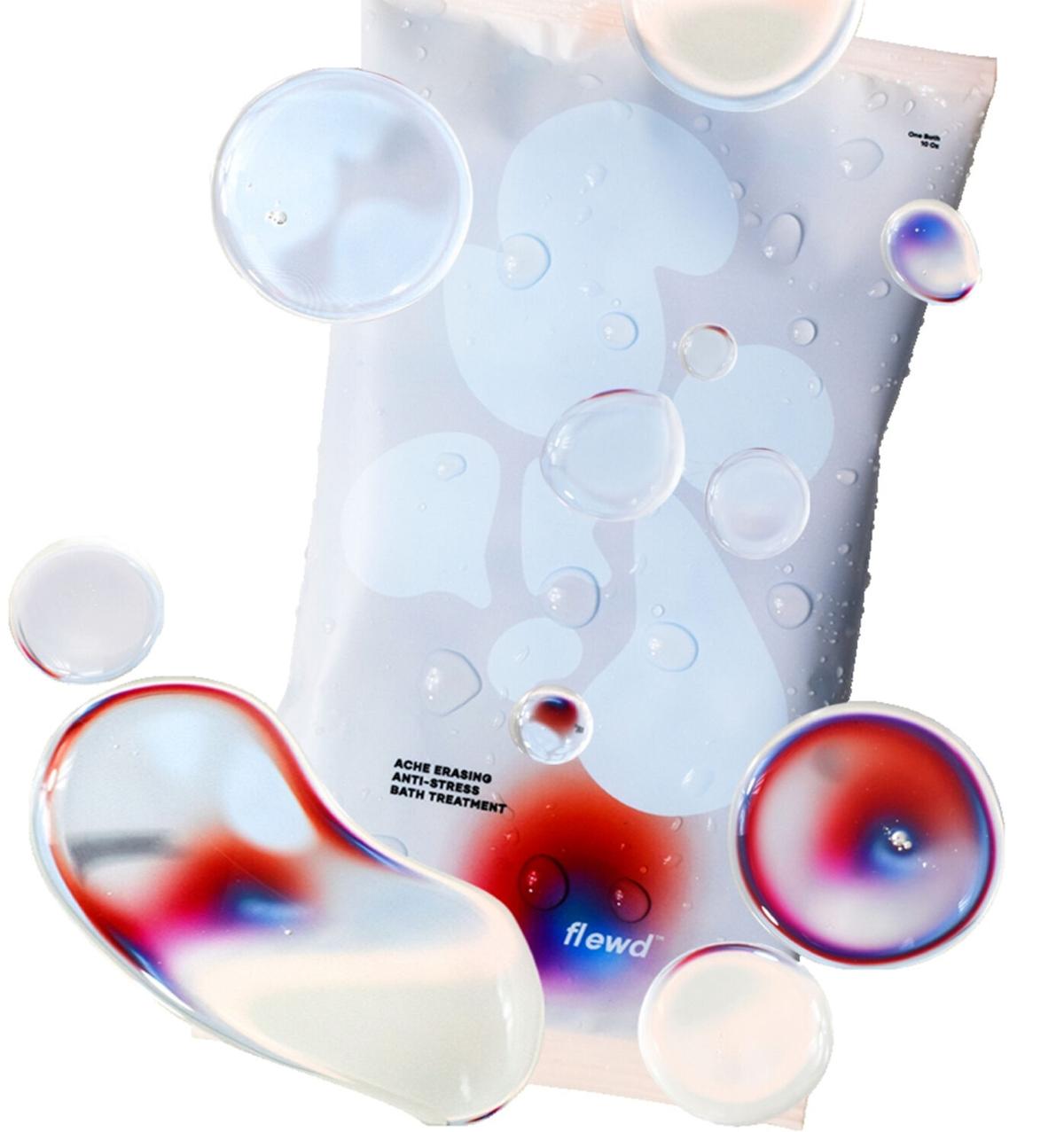 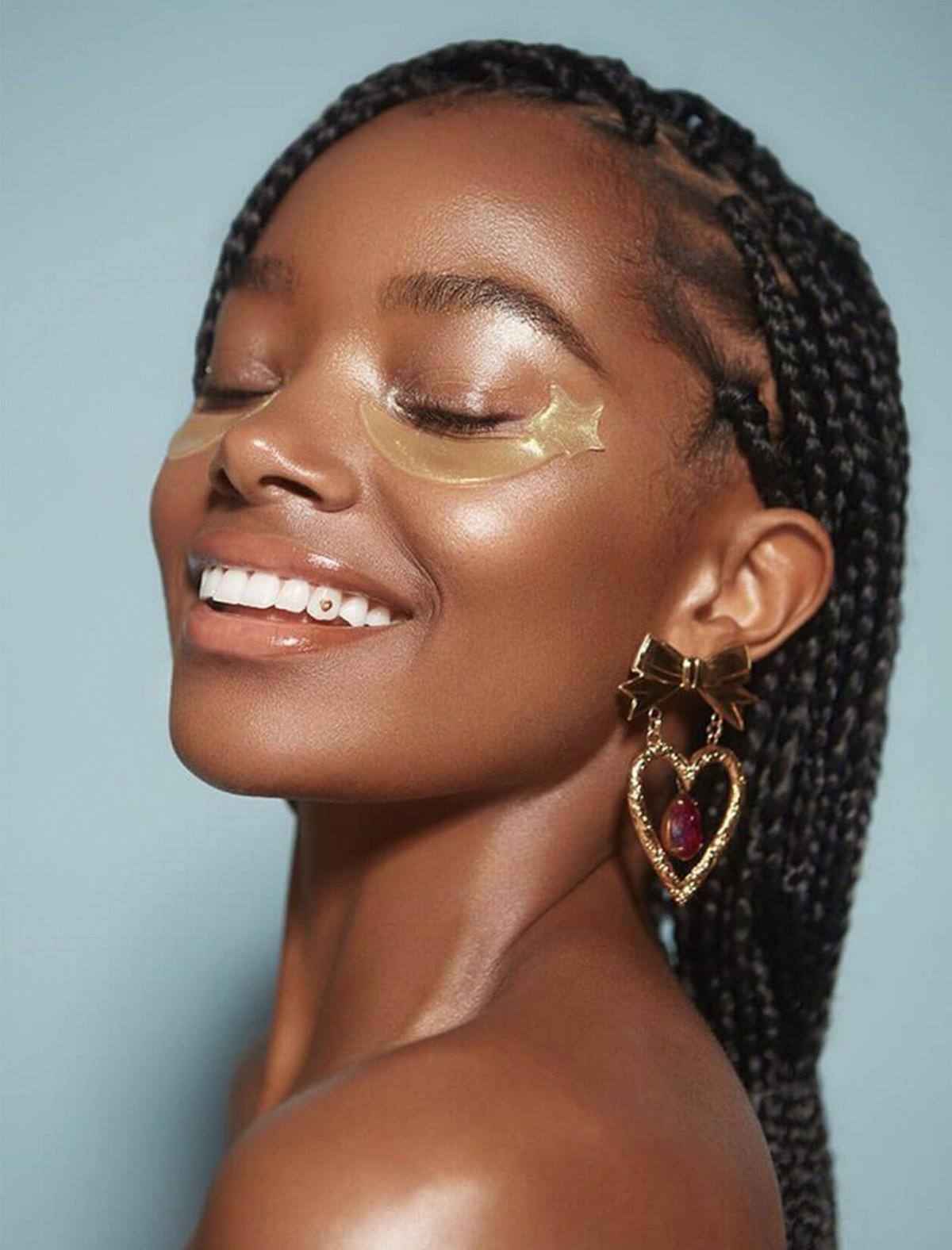 The “adorkable” brands favored by Generation Z offer authenticity in all its awkward realness. KNC beauty 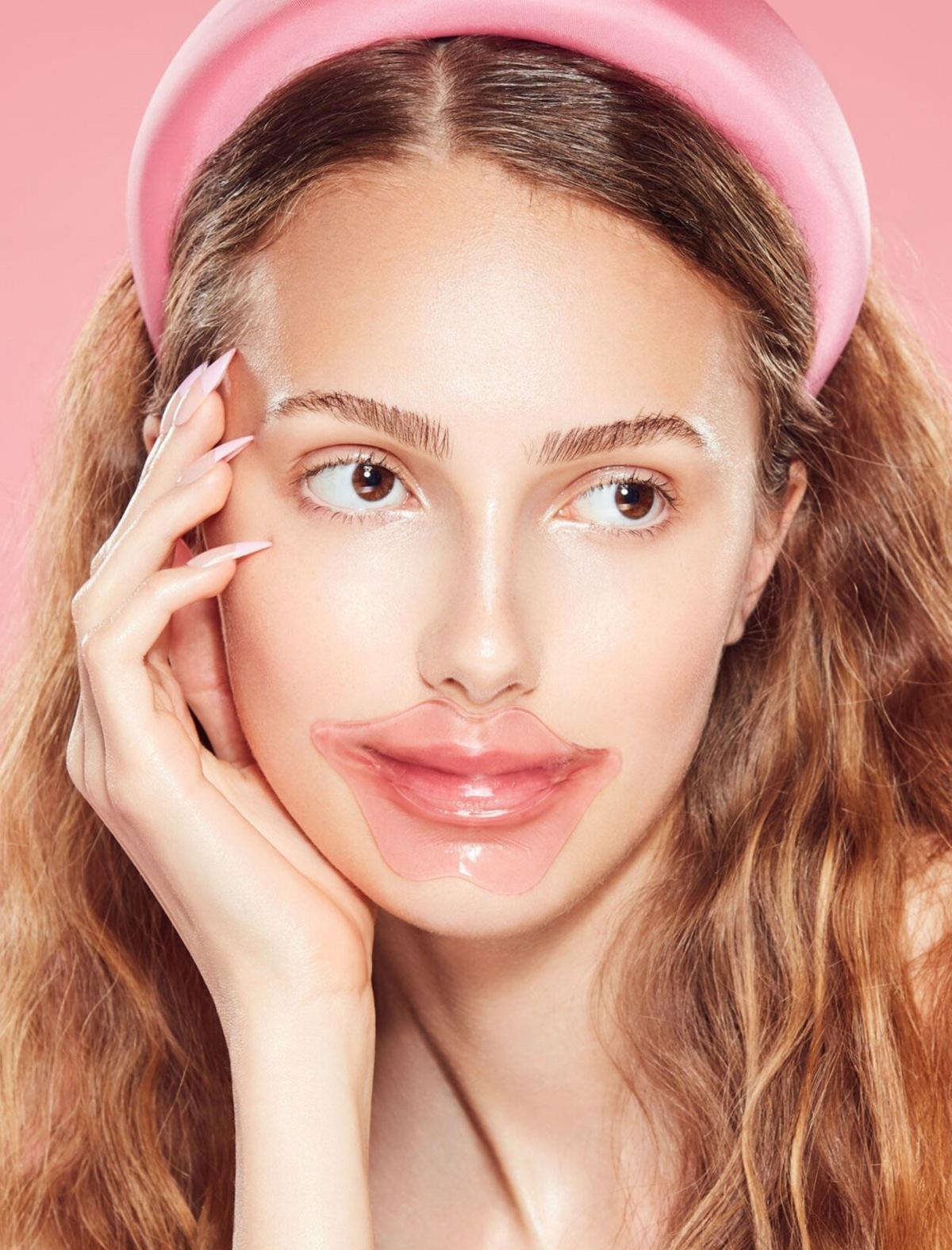 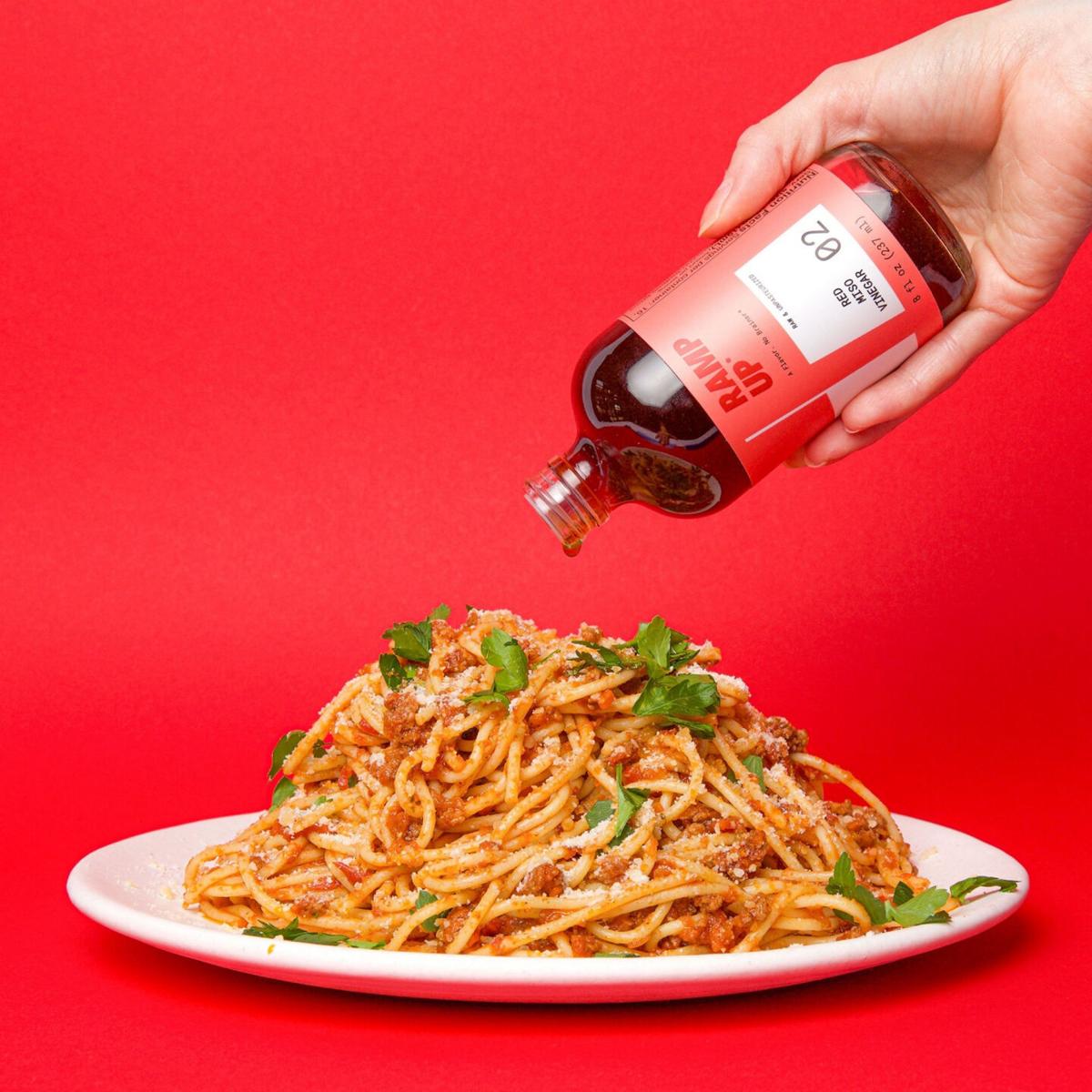 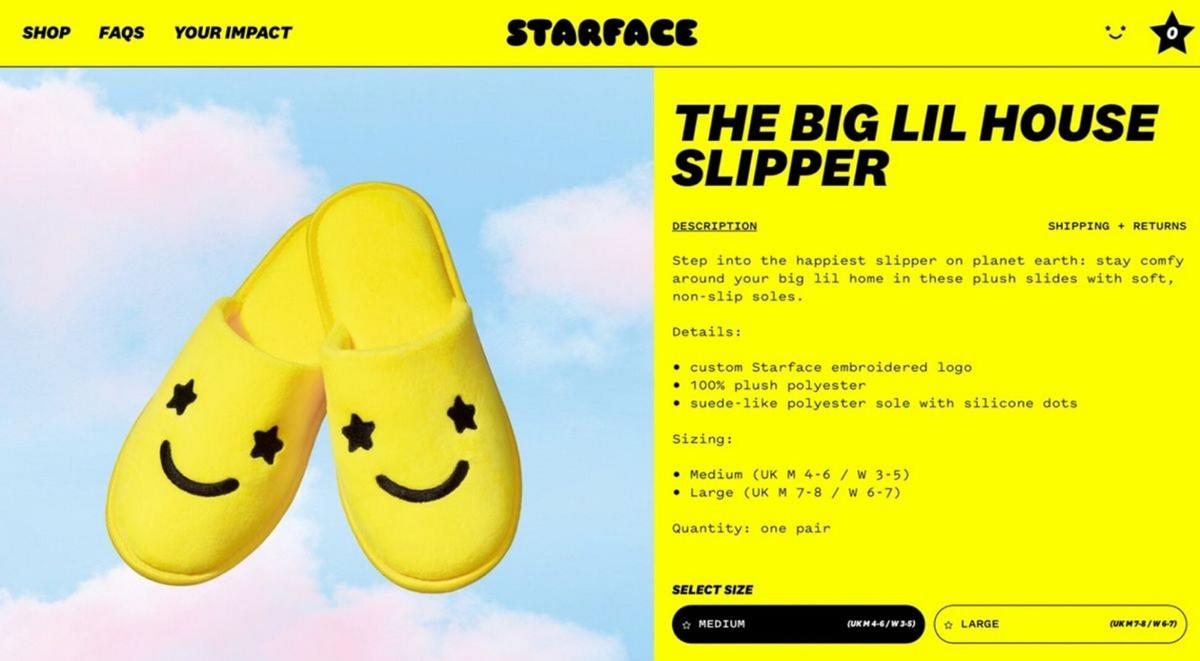 The “adorkable” brands favored by Generation Z offer authenticity in all its awkward realness. KNC beauty

Something has happened to zits.

For generations Big Pharma sold pimples as a stigma to be concealed and controlled. It promoted acne treatments using models with perfect complexions (proving that the drugs work), or models with a single, soon-to-be-zapped blemish (positioned with all the artifice of an 18th-century beauty mark).

The physical and psychological scars caused by blackheads, whiteheads, papules and pustules were usually elided, often with startling ambition:

“... romantic things do happen to girls who use the Clearasil ‘daily medicine treatment.’”

Recently, however, the $11.9 billion blemish market has been disrupted — as seen by scrolling through Clearasil’s Instagram feed: In 2019, it abruptly switched from primarily showcasing clear skin to depicting the reality of acne vulgaris.

This shift likely owes something to the “acne positivity” movement epitomized by the model Lou Northcote’s 2018 -freethepimple campaign, and much to the subsequent success of acne positive products — not least the gloriously garish “Hydro-Stars” from the Gen Z darling Starface.

Starface is not merely the breakout face of Gen Z acne. Starface is the exemplar of a novel trend in consumer branding — one that is dorkily awkward and adorably real.

In other words: Adorkable.

Adorkables are a growing gang of disruptive brands that deftly target Gen Z with a jarring visual aesthetic and an authentic emotional appeal.

Because Gen Z was born after 1996, adorkables cluster around beauty (Topicals, Everyday Humans), fashion (Bubble, Entireworld), self-care (Flewd, Superfluid) and snack foods (Nuggs, Behave). And because many in Gen Z are CARLYs (Can’t Afford Real Life Yet), there are currently no adorkable car marques or mortgage lenders — nor might there ever be, given the promise of self-driving vehicles and the rising price of real estate.

In most commercial respects, adorkables are a subset of “blands” — those direct-to-consumer upstart startups (Quip, Away, Warby Parker, Casper) that, as explored here, claim to be “unique in product, groundbreaking in purpose, and singular in delivery, while slavishly obeying an identikit formula of business model, look and feel, and tone of voice.”

Adorkables also share the bland fixation with origin stories, mission statements and scrappy pledges to stick it to The Man.

n KNC Beauty: “Kristen Noel Crawley was strolling through Don Quijote in Tokyo, when….BAM, love at first sight. A wall of lip masks caught her eye, and she became OBSESSED with the idea of perfect, kissable lips.”

n Kosas: “We exist to revolutionize what beauty means and change the complicated relationship between beauty and makeup.”

n Flewd: “We’re here to give stress the finger.”

n Ramp Up: “We decided vinegar needed an upgrade!”

But while blands seduce millennials with an ever-receding mirage of self-actualization, adorkables double down on Gen Z’s internal conflict between self-consciousness and self-promotion.

In the zoology of consumer capitalism, if brands are lumbering elephants, and blands are well-fed underdogs, then adorkables are baby giraffes — goofily cute, endearingly wonky yet tenacious, growing and strong.

Adorkables are instantly identifiable by the myriad ways in which they vandalize the visual conformity of boomer brands and disruptive blands.

And although it’s tricky to encapsulate the kaleidoscopic lo-fi, high-camp, Snapchat, Tik-Tok, K-pop, 8-bit, acid-house, anime aesthetic … much as with obscenity, you know adorkability when you see it.

Adorkable websites display a nostalgia for the future by recycling the gewgaws of Web 1.0: scrolling text; childish animation; auto-play music; wobbling logos; drop shadows; stippled shading; wingdings; dingbats; and cursor icons that reference the product (a mushroom for medicinal shroom company Rainbo; a cross-hair of dots for pimple patch provider Dots for Spots; and a smiley star for Starface). The meatless adorkable Nuggs even offers a version of the 1970s computer game “Snake,” with its non-chicken nuggets as food:

Adorkable typography eschews the neutral sans and approachable serifs favored by blands, to jar the eye with mismatched fonts, eccentric emphasis and deliberately ill-set text — a maximalist approach that conjures the earliest incarnations (and juvenile overuse) of Microsoft WordArt.

Although some adorkable photography has a professional, high-key gloss, the majority reflects the Gen Z social-media aesthetic in all its homespun, handheld, flatly lit and artfully candid banality.

The adorkable tone of voice is arch, ironic and meme-laden (because internet, my dudes) …

… with an amused honesty:

n Frank Body: “I’ve had ex-boyfriends who’ve pleased me less than this scrub.”

n “Entireworld makes the stuff you live in. Like clothes. So, uh, do yourself a favor and use your mouse thing, or your finger if you’re mobile, to click on the blue word that’s above the words you’re reading right now.”

… and a frankness toward the challenges of mental health:

n Wyllis: “We believe clothes can be our armor, protecting and speaking for us when we don’t have the words … We are here to be your friend, your champion and maintain an ever present spotlight on self-care and our humanness.”

(Armor, it seems, doesn’t come cheap. Wyllis sells an $85 “Nothing like feeling super vulnerable” sweatshirt, a $25 “Yeah I’m fine” tote and a $45 “I am worthy of love and care” sweatshirt for the “kiddos.”)

Because self-deprecation comes as naturally to Gen Z as self-aggrandizement does to millennials, adorkables regularly run themselves down in their copy, design or name.

That said, even the most self-abasing adorkables strive to be happy, playful, funny and fun.

This chiaroscuro of dorky and adorable creates bonds of camaraderie to which many brands aspire, but few achieve. In the 70 years since Clearasil was founded, did any marketing manager think to pitch $15.99 Clearasil slippers?

There’s nothing especially remarkable about adorkable values which — by advocating tolerance, justice, community and ecology — overlap entirely with those espoused by enlightened brands and the totality of blands. True, some adorkables focus on, say, mental health (Madhappy) or sustainable social justice (CHNGE), but so do a plethora of deeply conventional ventures.

The greatest value differentiator is the direction of the gaze.

Whereas traditional brands strive to provide means of public self-validation (“I’m a Mac, I’m a PC,” “What’s in Your Wallet?,” “Because you’re worth it”) adorkables offer commercial opportunities for personal self-expression. What could be more self-expressive than choosing which pustule to adorn with a Pride-rainbow star?

Depending on which marketing report you pluck from the avalanche, Gen Z is “Generation Create,” “a cohort of creators” or the “Next Generation of Super Creatives.” While it’s possible that those born after 1996 are uniquely blessed with creative genes, internet ubiquity is more likely involved. As the first generation of smartphone aboriginals, Gen Z lives an “in-app” life, glued to devices that impel them to create, curate, comment and consume — a Pushme-Pullyou of sharing and shopping that the best minds of our generation are urgently trying to monetize.

While most boomer brands approach “the socials” with the cumbersome predation of Humbert Humbert, Gen Z is genuinely and joyfully Lolita-esque — not just on social media but of it. As a result, adorkables must perfect a social persona that embeds their products while evading any hint of effort. It’s no accident that adorkable Instagram accounts — in addition to jokes, memes and political statements — are studded with real photos of real consumers using their brands in real life. Especially when, according to a 2019 Morning Consult survey, 11% of American Gen Z’s consider themselves to be social media influencers.

It’s precisely because authenticity and participation are so central to Gen Z that the sophisticated dovetail of dorky (real) and adorable (aspirational) is so profitable. The ambiguity of which party is driving the aesthetic — brands or consumers — illustrates the potency of adorkability. It also suggests its demise.

Discomfort as a feature

To generations weaned on gracious graphics, well-set type and aspirational elegance, adorkables are as discomforting to the visual status quo as Bob Dylan going electric, and with equal deliberation. Such discomfort is not a bug, but a feature: If you don’t “like” or “get” adorkables, you’re not the target.

One parallel is the anti-loitering device Mosquito which, by blasting a vexatious ultrasonic tone audible only to those under 25, disperses pesky kids more speedily even than classical music.

The Mosquito works by exploiting presbycusis, an age-related hearing loss that makes high frequencies inaudible to adults. Adorkables do something similar with the visual spectrum to sell clothes, snacks, make-up and pimple patches to a youthful generation that sees very differently.

Unlike genuinely counter-cultural movements (Punk, the Black Panthers, Extinction Rebellion), adorkables have no interest in smashing the system. They simply wish to repackage it for a quirky and suspicious new generation. As a result, behemoth brands have been fixing to engulf adorkability with the same voracious phagocytosis they deploy against every breakout trend.

“We drew inspiration from these cult-like brands that have this young audience going crazy for their latest product. Therefore, creating a spoof ‘hypebeast’ clothing brand to model our new Spicy McNuggets felt like a great fit.”

McDonald’s followed “Schnuggs” with Katsu Curry Chicken McNuggets — which had a deeply adorkable look and feel, and a conspicuously Nuggs-esque vibe.

The adorkable bandwagon is picking up speed, and it’s only a matter of time before its memes go mainstream, what once jarred becomes jaded, and the bleeding edge of consumer capitalism is blunted once again. To every trend there is a season. As Danny laments in “Withnail and I”:

“They’re selling hippie wigs in Woolworth’s, man. The greatest decade in the history of mankind is over.”

This column does not necessarily reflect the opinion of the editorial board or Bloomberg LP and its owners.

Schott is Bloomberg Opinion’s advertising and brands columnist. He created the Schott’s Original Miscellany and Schott’s Almanac series, and writes for newspapers and magazines around the world.