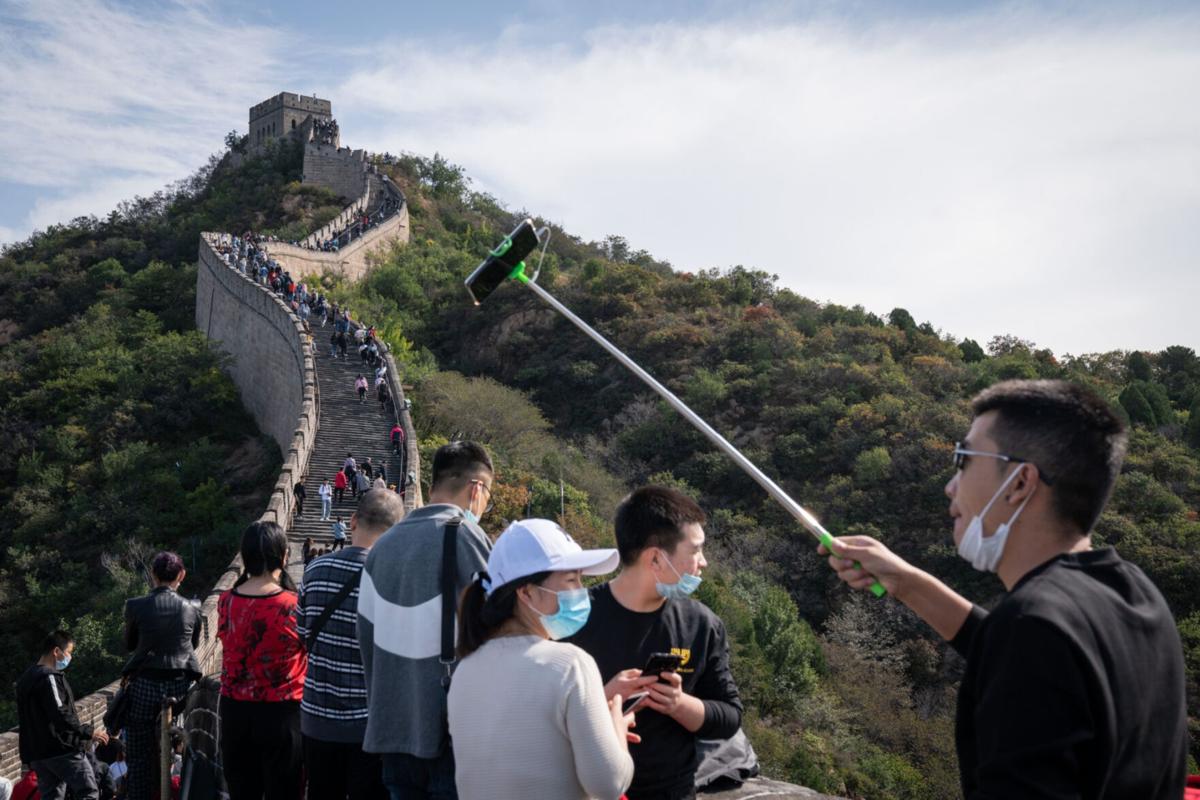 A visitor poses for a selfie photograph at the Badaling section of the Great Wall in Beijing on Oct. 1, 2020. MUST CREDIT: Bloomberg photo by Yan Cong 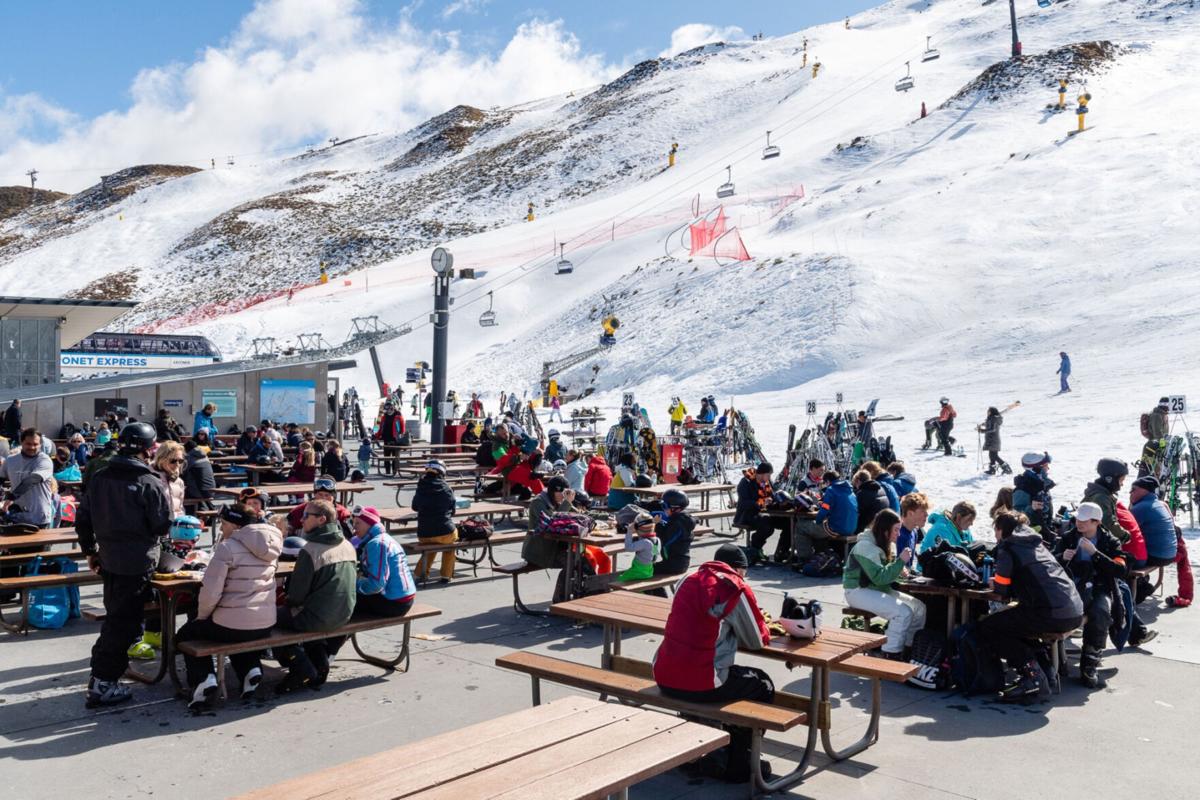 People sit at tables at the Coronet Peak ski field near Queenstown, New Zealand, on Sept. 10, 2020. MUST CREDIT: Bloomberg photo by Mark Coote 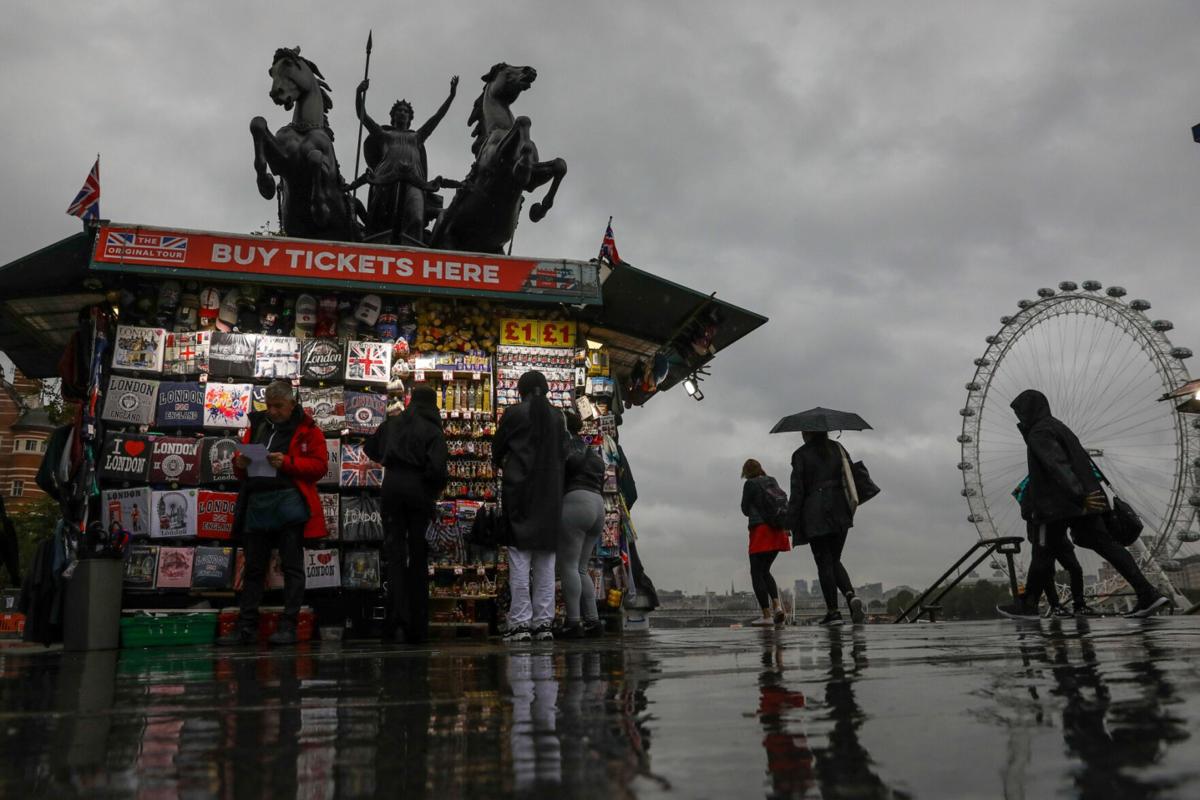 Pedestrians pass a tourist souvenir stall on Westminster Bridge in London on Aug. 27, 2020. MUST CREDIT: Bloomberg photo by Simon Dawson

A visitor poses for a selfie photograph at the Badaling section of the Great Wall in Beijing on Oct. 1, 2020. MUST CREDIT: Bloomberg photo by Yan Cong

People sit at tables at the Coronet Peak ski field near Queenstown, New Zealand, on Sept. 10, 2020. MUST CREDIT: Bloomberg photo by Mark Coote

Pedestrians pass a tourist souvenir stall on Westminster Bridge in London on Aug. 27, 2020. MUST CREDIT: Bloomberg photo by Simon Dawson

Its third-quarter earnings report shows a company that’s still pulling in $1.5 billion in quarterly revenue, exceeding mid-pandemic expectations, even if that it represents $221 million in losses. Parts of the business, such as airfare sales, may have tanked, but others, like rental home platform VRBO, are compensating.

Instead of looking back at the last few months of bumpy business, though, Chief Executive Office Peter Kern-who assumed leadership of the company in April-would rather look forward. Even in comparison to other bullish industry leaders, Kern is steadfast in his conviction that travel’s recovery isn’t just on the horizon but around the corner. And it won’t be just on forested hiking trails and scenic byways but in big, dense, boarded-up cities, too.

“Rome has been through a plague or two,” he says, repeating an idea he’s expressed during many engagements through the pandemic. “And it’s still there. New York has been through all kinds of things. It’s not the first time we’ve had civil unrest,” he explains. “It was a much different place, in terms of safety, when I was growing up in the ‘70s, yet we still went there.”

And while it’s true that a quieter New York still holds the vibrancy of many small towns combined, Kern feels that this arc of history will bend sharper and faster toward full recovery than any before. “This is a time with more science, more technology. We’re not going to give up.

“This is just one man’s opinion,” he continues. “This [process] will be less than the three to five years others are predicting. If you said tomorrow that there was a vaccine with 100% efficacy, and everyone gets it, do people want to live on a cul-de-sac or in a city? They’d rush back and realize there was a reason they weren’t living in a cul-de-sac before.”

Kern firmly holds that news of an impending vaccine-rather than the vaccine itself-is what will jump-start travel again. “People will think, ‘Well, by the summer Europe might be open, or I might have the vaccine, so let’s book it,’” he explains.

“Barring the vaccine, my sense is that people were getting increasingly comfortable with how safe air travel and hotels are-the precautions that the industry has been taking-and the numbers [of bookings] have been creeping up,” he says. “Of course, it helps if everybody does their part” to keep the virus in check.

The latter half of that thought is crucial: Trusting in airline and hotel protocols matters only when people are physically able to travel. With a second wave forcing lockdowns in much of Europe (and possibly the U.S., soon), consumer confidence may well be a moot point.

Like others in the industry, though, Kern sees his decent-enough summer sales as proof that there is pent-up demand and reason to be hopeful that business can swell quickly again. “It’s all terrible-but it’s way less terrible than one might have imagined,” he concedes.

As travelers decide to take a gamble on 2021 bookings, they’ll take comfort in Kern’s predictions for their favorite urban destinations-regardless of where they may be. That’s because entrepreneurialism is inherently resilient, as Kern puts it.

“Some people will lose money, restaurants, hotels, but I’m not really a believer that a hotel disappears so much as that someone with capital comes in and rescues it,” Kern explains.

That doesn’t mean that small businesses are being swallowed by conglomerates, he claims. He’d prefer to see them serve more as amicable partners. “Local color is what makes places great. But in New York City, many, many restaurants are financed not by the chef or the person with the idea, but by people with capital.” (Don’t tell that to any of the 2.6 million people who live in Brooklyn, where neighborhood pride and indie loyalty go hand in hand.)

Money, he says, is not a scarce resource-even if strapped mom-and-pop operators might disagree right now-nor does it have to fund necessarily upscale businesses, which so far have proven to be a bit more resilient to the pandemic’s pinch. “There is still plenty of capital in the world. There will always be people to finance theater and restaurants and all those things,” Kern asserts.

Many cities may be happy for a lull in visitation: See Amsterdam, Venice, and Barcelona, which have all grappled with overly intense tourism in recent years. So how does that square with Kern, whose company bears weight for much of the mass tourism industry?

“Travel is a force for good, and we want to help people go where they want to go, how they want to go,” he says. “We also want to see the impact of tourism negatively on the planet be reduced, and there are lots of ways that will happen. But the impact has to be driven by mass tourism [as opposed to luxury]; otherwise, it’s modest in relation to the issue.”

Efforts from airlines to push for biofuels and by hotels to be more judicious laundering linens represent large, industry-wide changes that have either taken root or are cresting. And while Kern says that neither Expedia or the travel industry as a whole are “doing enough” to push for sustainability, his plan is to make existing efforts more visible to consumers “so that the consumer can vote with their wallet, and the industry can follow demand.”

These consumers might not know how to evaluate what might be the most efficient or innovative practices. But demand for at least some environmental awareness, he predicts, is likely to grow exponentially-just like our bucket lists in quarantine.