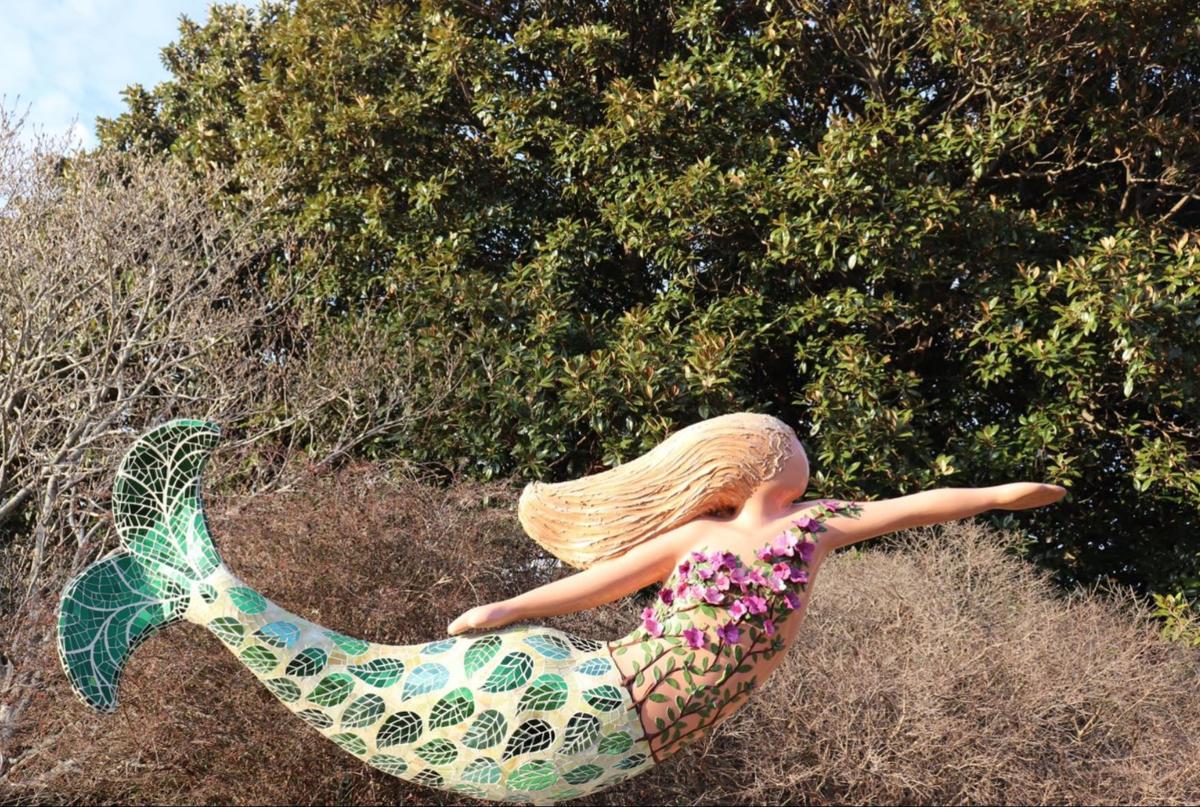 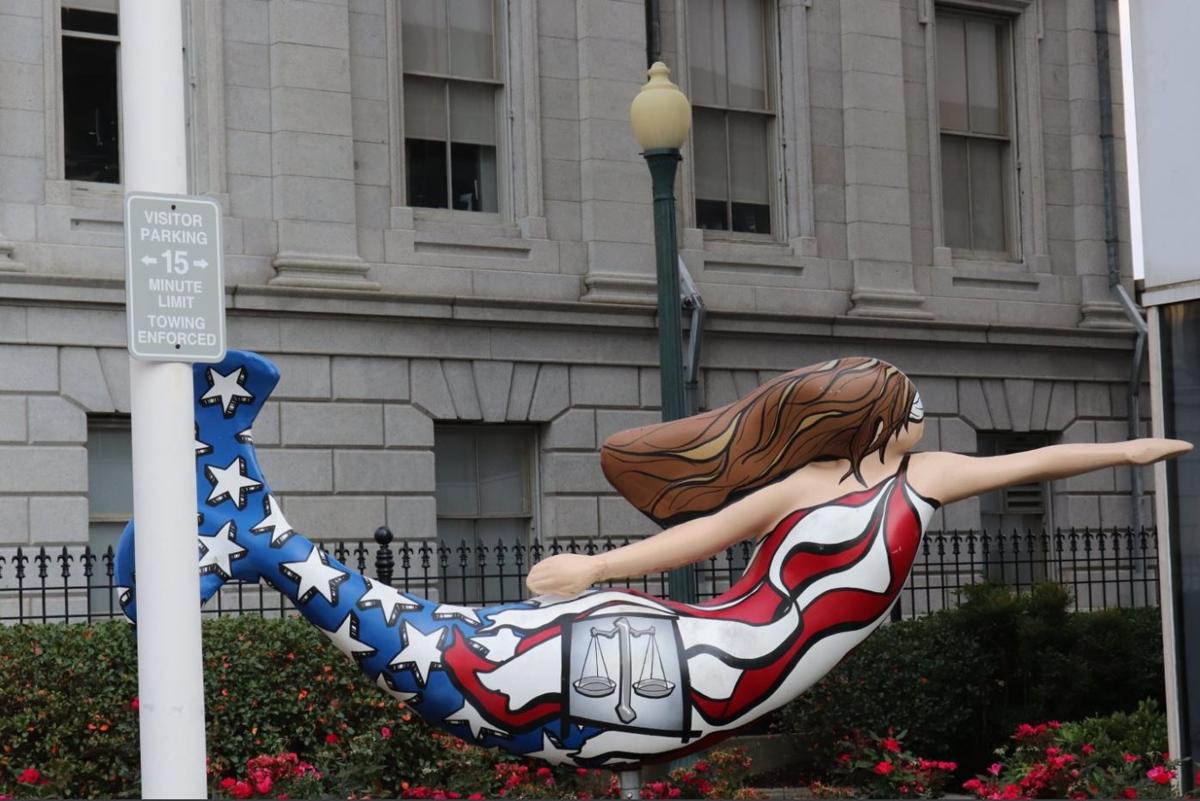 More than two decades ago, a local sculptor mass produced the casts for 130 mermaids, and then invited artists to design and paint the sea sirens. Visit Norfolk/TNS 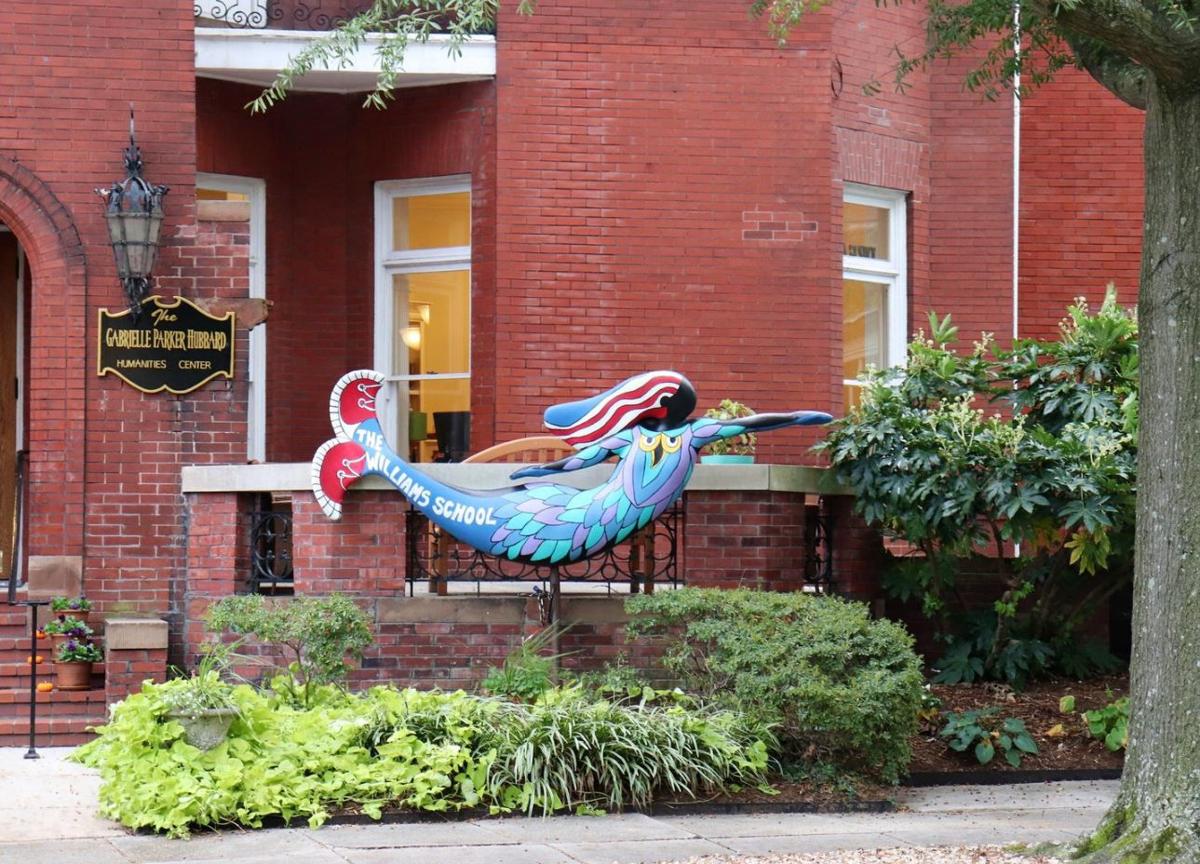 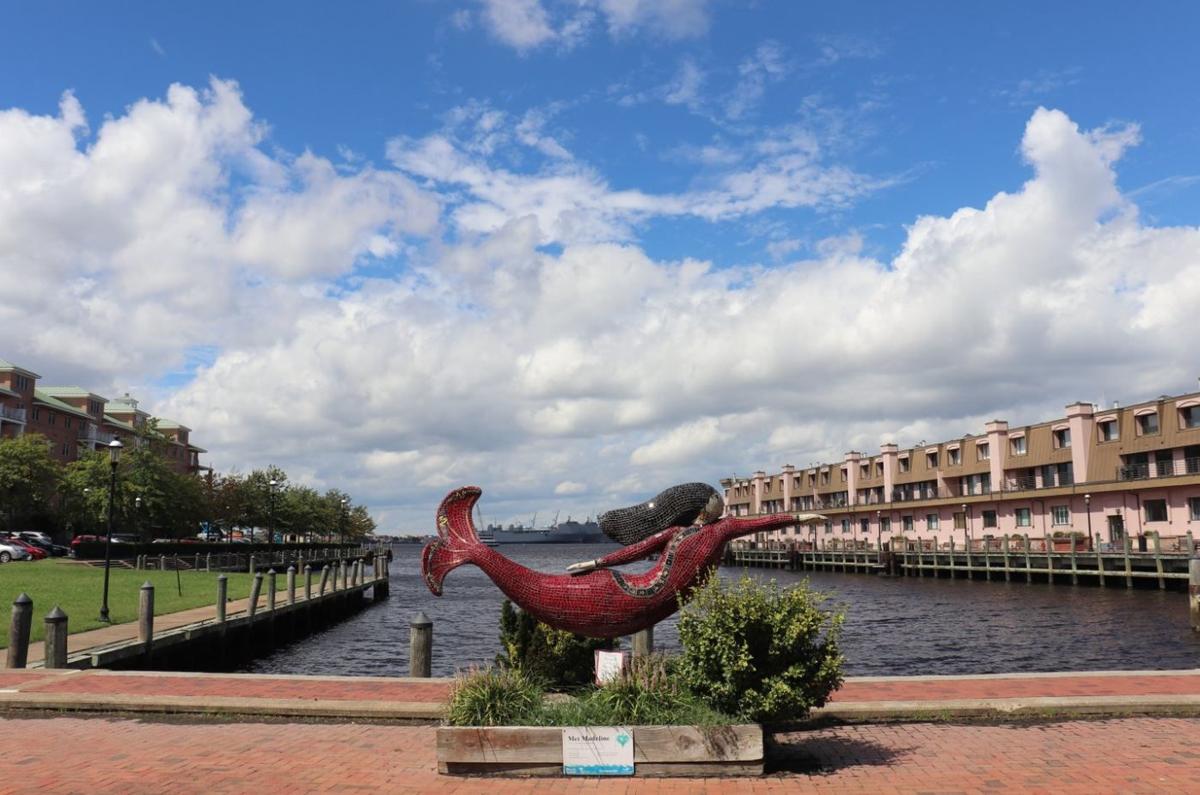 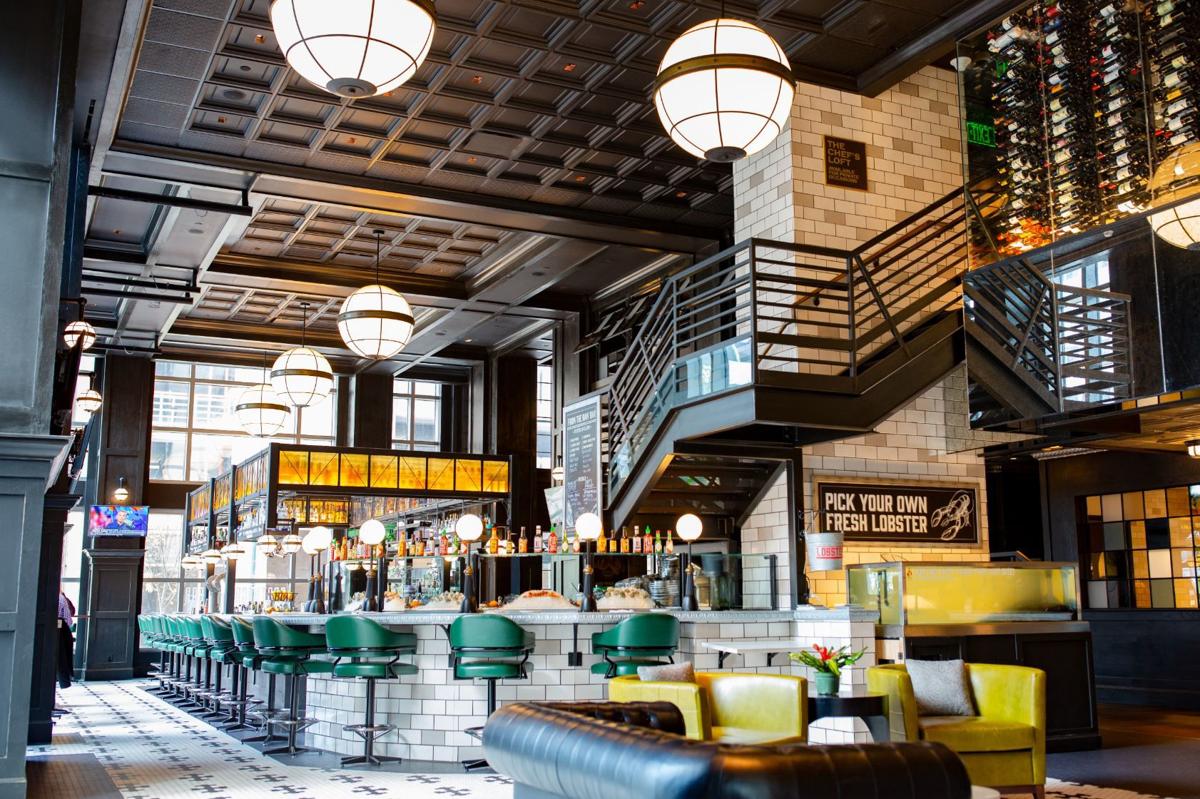 Saltine is a favorite downtown dining spot of both locals and visitors. Visit Norfolk/TNS 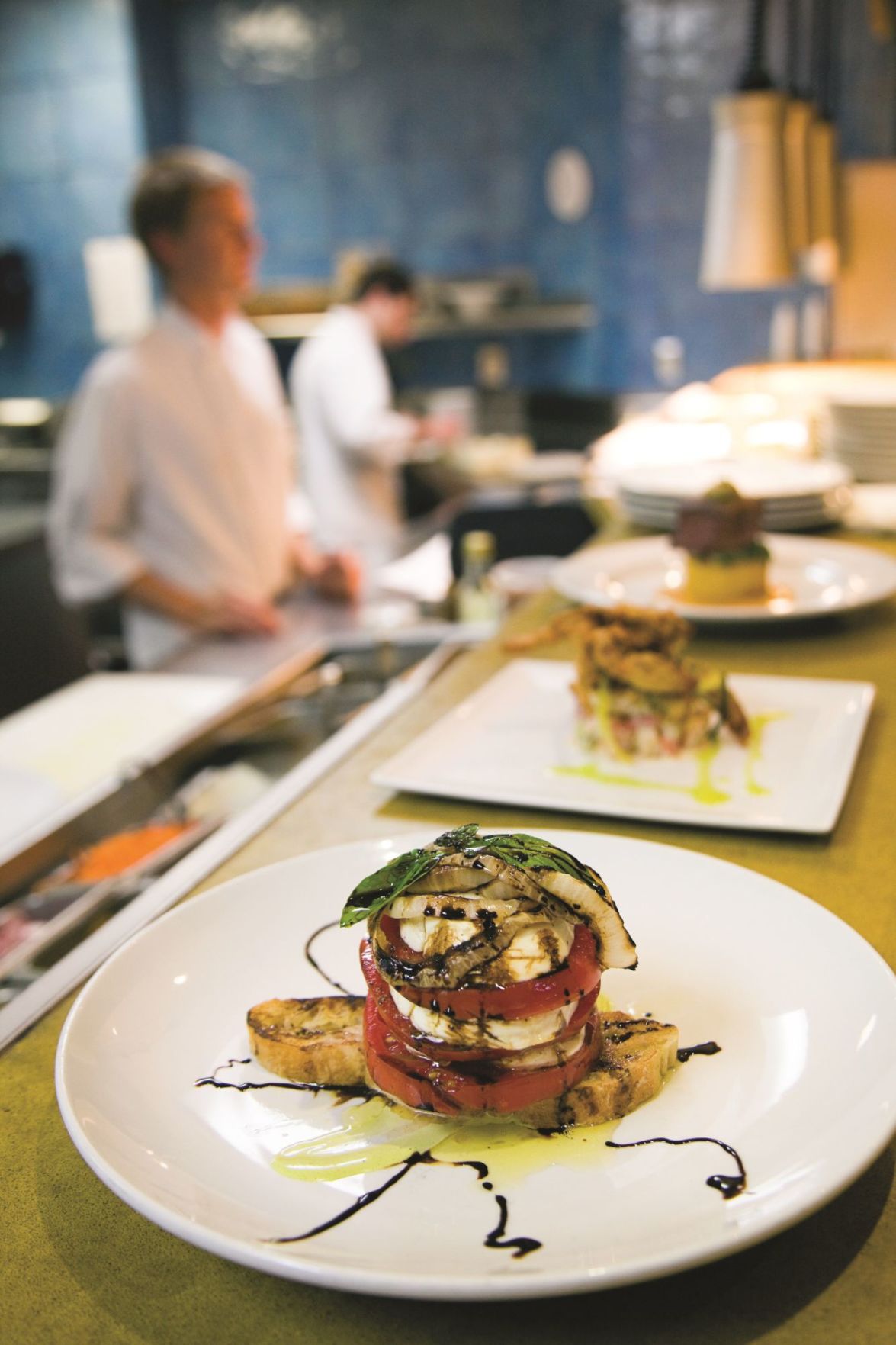 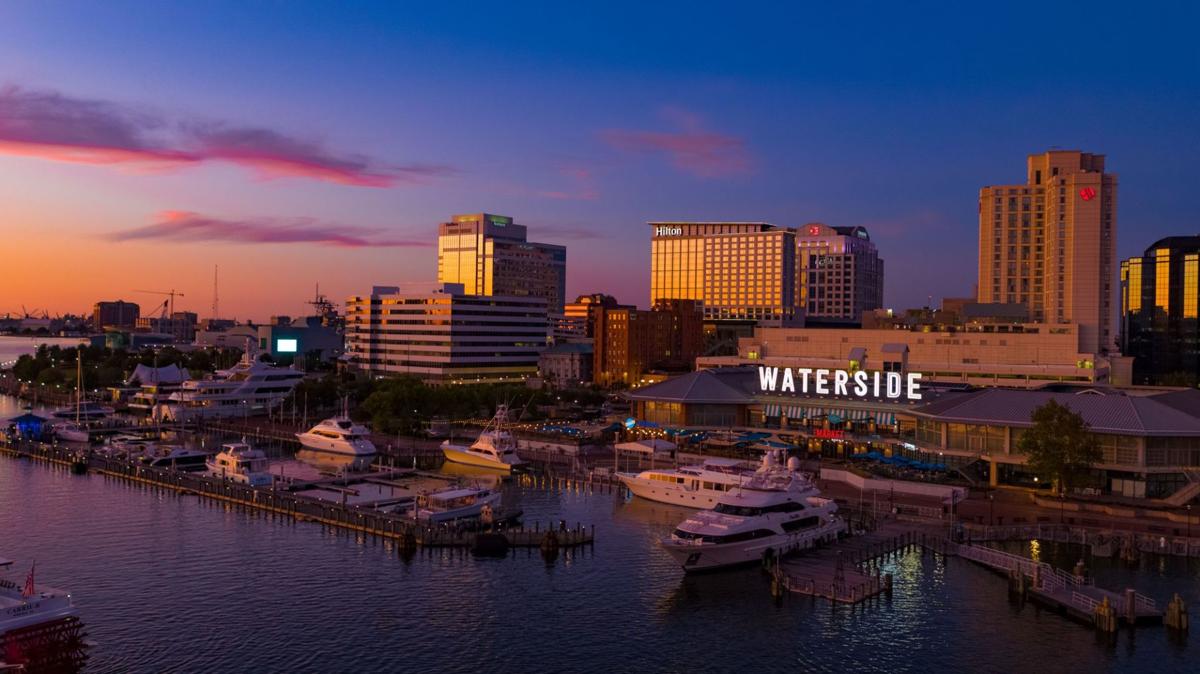 Norfolk’s Waterside District is a favorite with visitors. Visit Norfolk/TNS 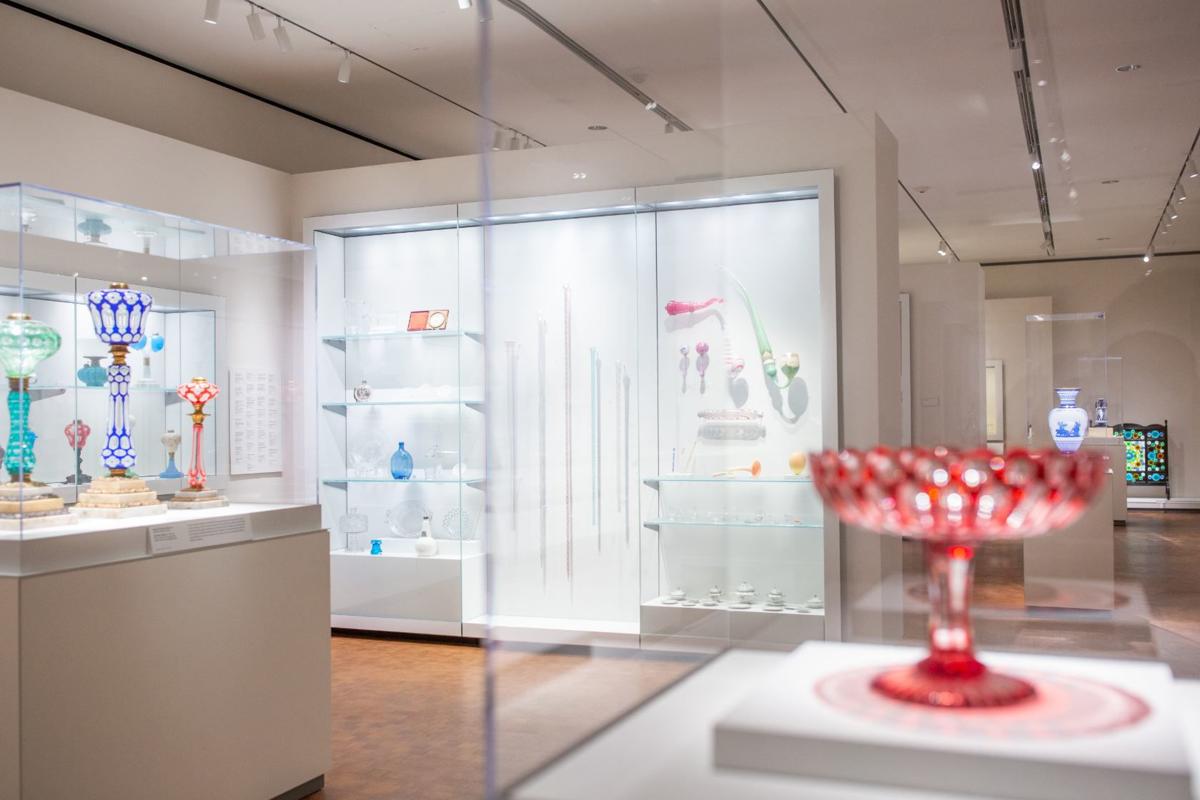 The glass collection is the star attraction at the Chrysler Museum of Art. (Visit Norfolk/TNS)

More than two decades ago, a local sculptor mass produced the casts for 130 mermaids, and then invited artists to design and paint the sea sirens. Visit Norfolk/TNS

Saltine is a favorite downtown dining spot of both locals and visitors. Visit Norfolk/TNS

Norfolk’s Waterside District is a favorite with visitors. Visit Norfolk/TNS

The glass collection is the star attraction at the Chrysler Museum of Art. (Visit Norfolk/TNS)

NORFOLK, Va. — The expression on my face must have shown my sheer frustration. I had been waiting half an hour for Fred — make that F.R.E.D. (Free Ride Every Day.) This eco-friendly taxi comes equipped with battery power and solar roof and is available on request for those in need of a ride to a specific Norfolk destination.

As luck would have it, I needed F.R.E.D. on the day it was scheduled for routine maintenance. I was disappointed, but not meeting F.R.E.D. led to meeting Raleigh, a jovial gent who approached me and offered to walk me to my destination, chatting all the way about the virtues of his hometown.

Raleigh, it turned out, was one of a cadre of roving ambassadors whose sole job is to help visitors navigate their way around this southeastern Virginia coastal city.

My destination was the waterfront and the American Rover Cruise Company. Home to the world’s largest naval base, Naval Station Norfolk, and NATO’s Strategic Command Headquarters, the city is as much about water as it is land. My sunset sail courtesy of American Rover would allow me to get the lay of the land (or I should say water).

Departing from the marina on the downtown waterfront, the ship, with its red tan bark sails, has been a Norfolk fixture for more than three decades, taking visitors on an informative tour of the harbor.

If big battleships are more your thing than pleasure craft, the USS Wisconsin juts out of the water like a 60,000-ton steel behemoth. One of the Iowa class battleships known for their speed, she performed gallantly in World War II, the Korean War and the Gulf War before being retired here and opened as a museum.

Pleasure boats cram the downtown marina; water taxis are a common form of transportation between the Norfolk and Portsmouth waterfronts, and if you need any further proof of the water’s importance, the city’s ubiquitous mermaid symbols should clinch it.

More than two decades ago, a local sculptor mass produced the casts for 130 mermaids, and then invited artists to design and paint the sea sirens. While no one seems to know exactly how many there are today, most believe they have doubled in number over 20 years.

There’s a baseball-themed mermaid at Harbor Park, home of the Norfolk Tides, and a chocolate mermaid at MacArthur Center Mall. There are mermaid cocktails (try the mermaid water cocktail, a frothy concoction of Captain Morgan Spiced Rum, Blue Curacao and Cruzan Coconut with a splash of pineapple juice, at Stripers).

There’s wine at Mermaid Winery, the first urban winery in Virginia, and mermaid-themed merchandise at the Mermaid Market. You can even design and paint your own wooden mermaid at the Mermaid Factory in the Ghent Historic District.

Speaking of Ghent, Norfolk may be a watery wonderland, but there’s a lot to do on terra firma as well, and no better place to start than in Ghent. A walking tour of the neighborhood reveals block after block of Queen Anne, Tudor and Colonial Revival homes surrounding Smith Creek, a Y-shaped inlet of the Elizabeth River, now known as the Hague.

Book ending one end of the district is the marvelous Chrysler Museum of Art. With 50 galleries and 30,000 works of art, the museum opened in 1933, but really gained stature as one of America’s best midsized museums in 1971 when Chrysler heir Walter P. Chrysler Jr. donated his collection of 10,000 works of art.

While the museum has a wide range of objects including a marble bust of Jesus that was the final sculpture of the Baroque master Bernini and a fast-growing photography collection that now numbers 6,000 photos, it’s best known for its incomparable glass pieces, which make up one-third of the collection.

After admiring the museum’s collection of glass, wander over to the Glass Studio and observe the glassmaking process at the only facility of its kind in the mid-Atlantic region. Admission to both the museum and Glass Studio is free.

For art of a different kind, head out to the Norfolk Botanical Garden, the largest of its kind in Virginia. Celebrated for its spectacular displays of camellias, azaleas and rhododendrons, it has a fascinating history as well.

During the height of the Depression in the 1930s, a grant from the WPA enabled the city fathers to begin clearing out the swampy area for what was to become the azalea garden. Some 220 African Americans were hired to clear the land, but since most of the available men were busy on other WPA projects, 200 of that number were women. See if you can find the sculpture “Breaking Ground” in a secluded glade honoring these groundbreaking (literally) women.

In recent years, Norfolk — with its bounty of fresh seafood — has developed into a favorite with foodies. Try some of this seafood — especially James River oysters and Chesapeake Bay crabs — at Saltine, a gorgeous space in the downtown Hilton Hotel. Afterward, head up to Grain, a rooftop beer garden where an outdoor terrace offers a fire pit and an excellent view of the waterfront.

Freemason Abbey Restaurant, housed in a 146-year-old renovated Presbyterian church, has been a local hangout for 30 years. Their mouth-watering, award-winning She Crab Soup practically had me licking my bowl.

Todd Jurich’s Bistro offers the chef’s modern take on timeless Southern fare. For example, crispy fried chicken is the main ingredient in a curry with spicy mustard and sweet plum sauce, while the fried day boat scallops are drizzled with lemon scallion butter and served with truffle fries and remoulade. Try not to spoil your appetite by overindulging in the decadent bread basket containing crispy baguettes, seasonal fruit and nut bread and the house-made buttery popovers. Bet you can’t eat just one.

Top off your dinner with a sweet treat at Hummingbird Macarons & Desserts, a fairly new addition to the Norfolk scene. A few blocks from downtown on the Freemason Harbor, the Elizabeth River Trail leads to an unexpected sight: a brightly painted pagoda surrounded by koi-pond fountains and guarded by Chinese lions.

What was once a storage tank has metamorphosed into a beautiful bakery where you can grab an upstairs terrace table and nosh on macarons, sip tea or champagne and enjoy the view of the gardens and harbor.

Of course, you’ll be needing a place to stay — one that exemplifies Norfolk’s charm and friendliness. I recommend the Page House, a Ghent District jewel just a five-minute walk from the Chrysler Museum.

Owners Karla and Donya have turned this red-brick building, listed on the National Register, into a bed-and-breakfast with seven guest accommodations (four rooms and three suites). This bastion of Southern hospitality has a loyal clientele who return every year to rock away their cares in one of the front-porch rocking chairs or sip a glass of sherry in the drawing room before retiring for the night. And just wait until you taste Donya’s breakfasts.