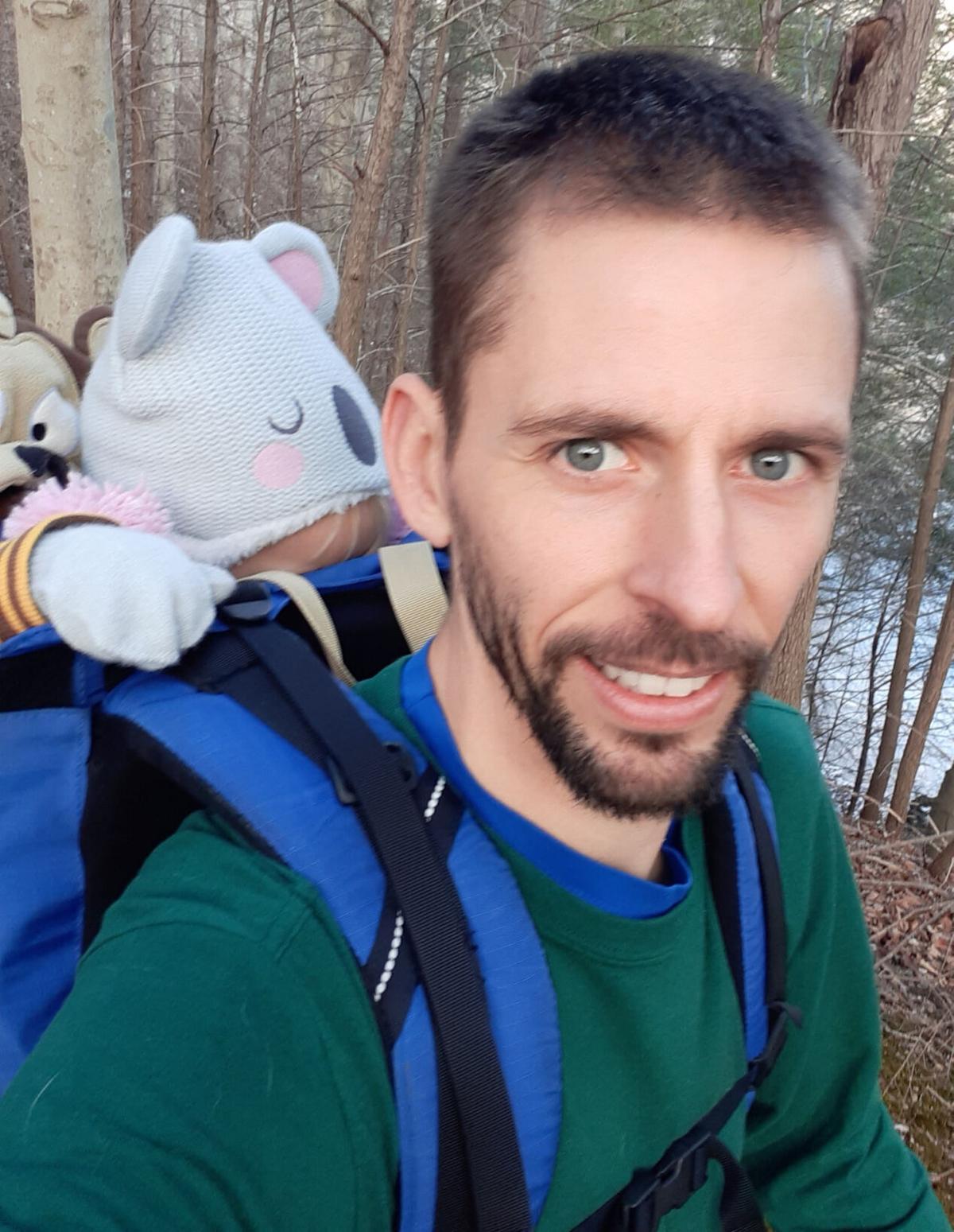 The longest races Lars O. Hasseler has completed were half-marathons of 13.1 miles. But the runner who discovered his galloping skills late in life is confident that his planned ultra-marathons will be another in a series of accomplishments involving the sport he discovered in the Army.

And as he strides along, he’ll be raising money for a nonprofit, ecumenical Christian mission that works to prevent the trafficking and oppression of vulnerable children and women in war zones. The mission, Lift Up the Vulnerable, says that in conflict zones such as Sudan and South Sudan, which are marked by violence and extreme poverty, the most vulnerable are kidnapped as child soldiers, sold as sex slaves, and trapped in forced labor.

Mr. Hasseler, a native of Pamelia, is a 2002 graduate of General Brown Central and a 2007 graduate of Nyack College in New York City. He didn’t play sports in high school.

“I’ve been a casual runner since enlisting in the Army in 2007,” Mr. Hasseler, a native of Pamelia said in a phone interview from his home in Woodstock, Va. “The Army motivated me to push past myself and what I thought I could do.”

Mr. Hasseler started out as a medic in the Army, which was followed by an stint in the infantry and then a post in psychological operations. He’s now an intelligence analysts for the Army.

He was mostly stationed at Fort Bragg, North Carolina. He’s now in the Army Reserves with his unit the National Geospatial Intelligence Agency at Fort Belvoir, Va.

“I went through some selections where they required you to go harder and longer than I would have done myself,” Mr. Hasseler said of his Army service. “I completed them and realized maybe I underestimated myself and wasn’t sure how much I could do.”

One of the first realizations that he was a pretty good runner occurred to him in Iraq.

“There was a moment in my first deployment in Iraq when we had a day off and there was like this base morale run,” Mr. Hasseler said. “I did that and ended up beating some Ugandan contractors.”

Mr. Hasseler said “genetics and a wonderful blend of example” may be responsible for his running talents. His father, Robert Hasseler, has earned gold medals in both the 5K and 10K races at the National Senior Games. Robert and Marsha Hasseler will note their 54th anniversary on Aug. 20.

“My dad has been a runner for as long as I’ve been alive,” Mr. Hasseler said. “He’s in his mid-80s now and is still running 5Ks and going to the National Senior Games every other year.”

Mr. Hasseler has been running seriously for about 15 years. Within the last year, he started thinking an untramarathon was within his reach and began training. “We regularly underestimate our capabilities, and I want to begin pushing my mind as well as my body to aim higher and dig deeper,” he said. “Ultra-running will do all of that.”

An ultramarathon is any race longer than a marathon distance of 26.2 miles. Mr. Hasseler hopes to do two ultramarathons this year to support Lift Up the Vulnerable and to raise at least $5,000.

“I’m still narrowing down the date for the second one,” Mr. Hasseler said. But he added it could likely be the Fire on the Mountain 50K Trail Race in Little Orleans, Md., on Nov. 7.

Mr. Hasseler traveled to Swaziland and South Africa in the summers of 2005 and 2006 and saw extreme poverty.

“What I came to discover is that there are even higher rates of poverty in Sudan and South Sudan, combined with forced labor, trafficking, exploitation and danger from war,” he said. “For over 15 years, I’ve been supporting an indigenously directed anti-trafficking ministry led by Lift Up the Vulnerable.”

LUV, he said, provides safety, housing, physical and emotional rehabilitation, and opportunities through education and training to children and women who are most vulnerable in conflict-zones.

“LUV goes where most people won’t or can’t, loving those whose daily concerns are basic needs that I take for granted,” Mr. Hasseler said. “Children and women who suffer most in these environments will be the recipients of anything you give.”