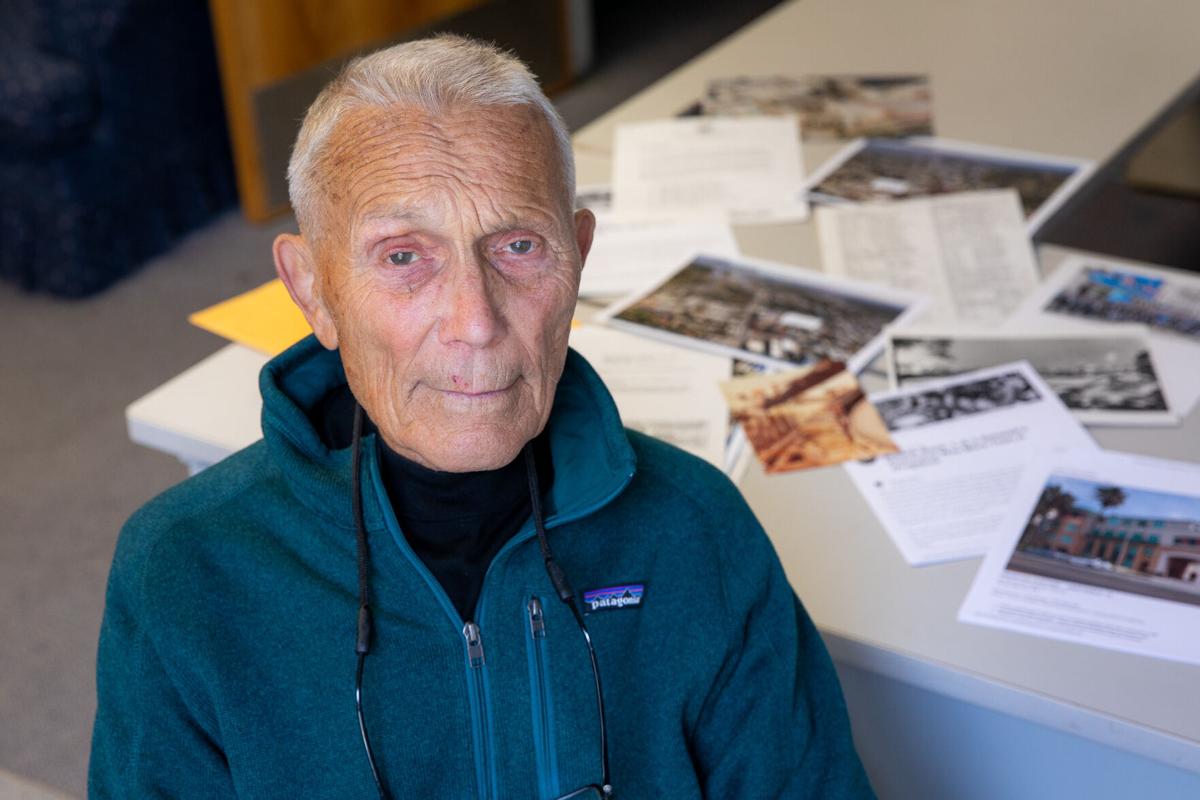 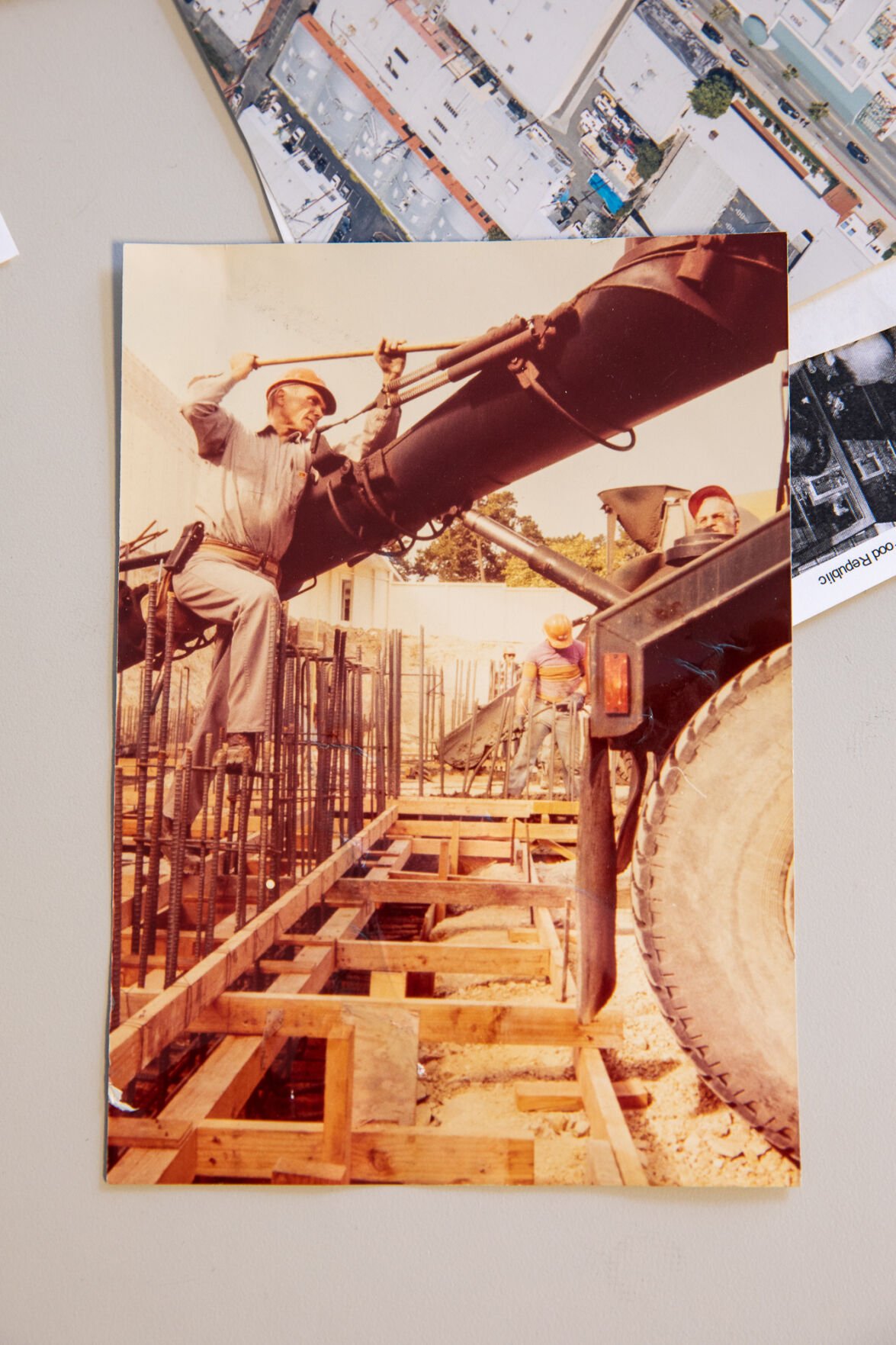 David I. Graf spent most of his career in construction in California. Here, he’s at work decades ago at a project in Pebble Beach. Kara Dry/Watertown Daily Times 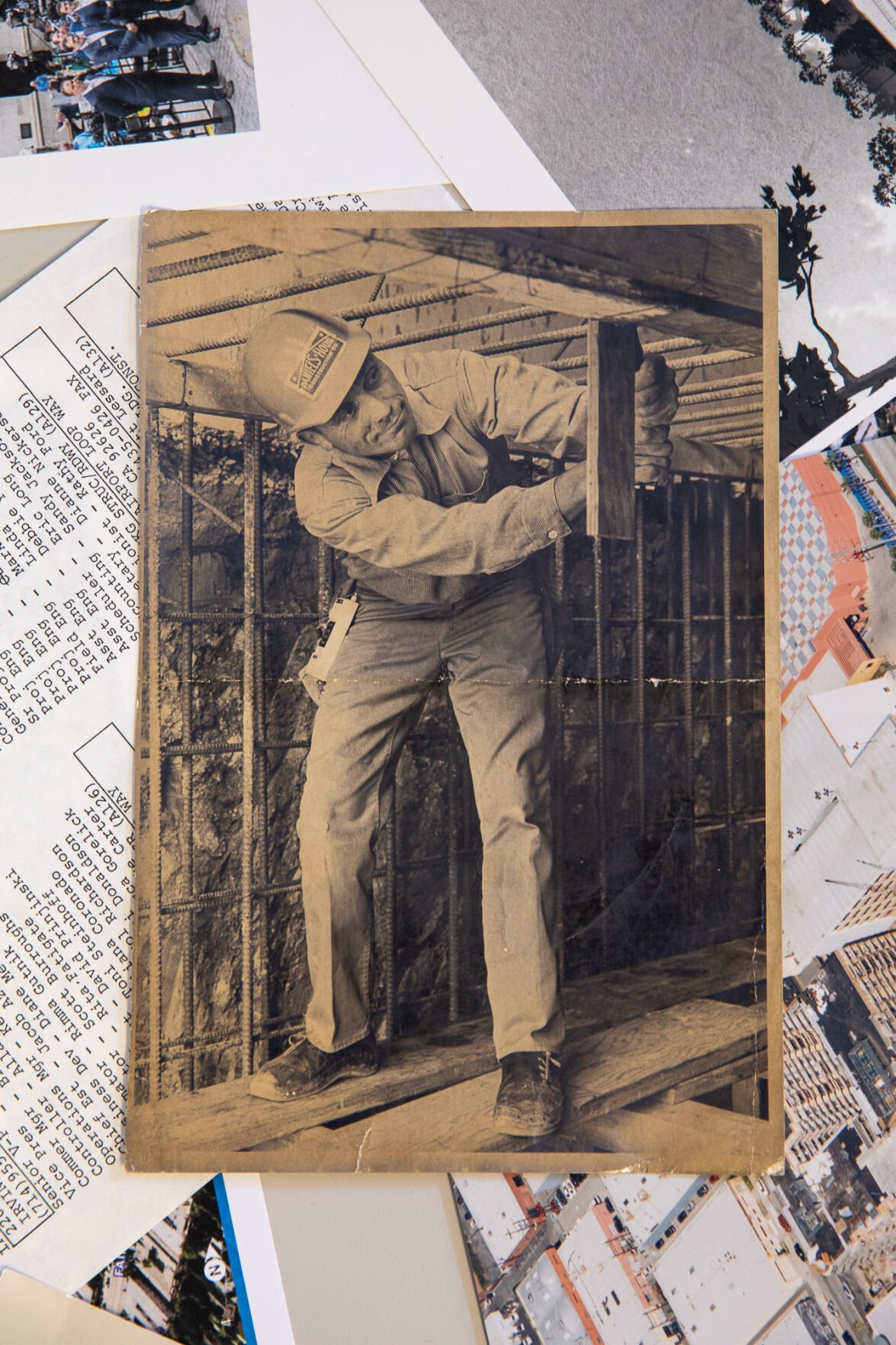 David I. Graf has been a construction foreman, administrator, superintendent and consultant. Here, he’s at work on a project decades ago in Pebble Beach, Calif. Kara Dry/Watertown Daily Times 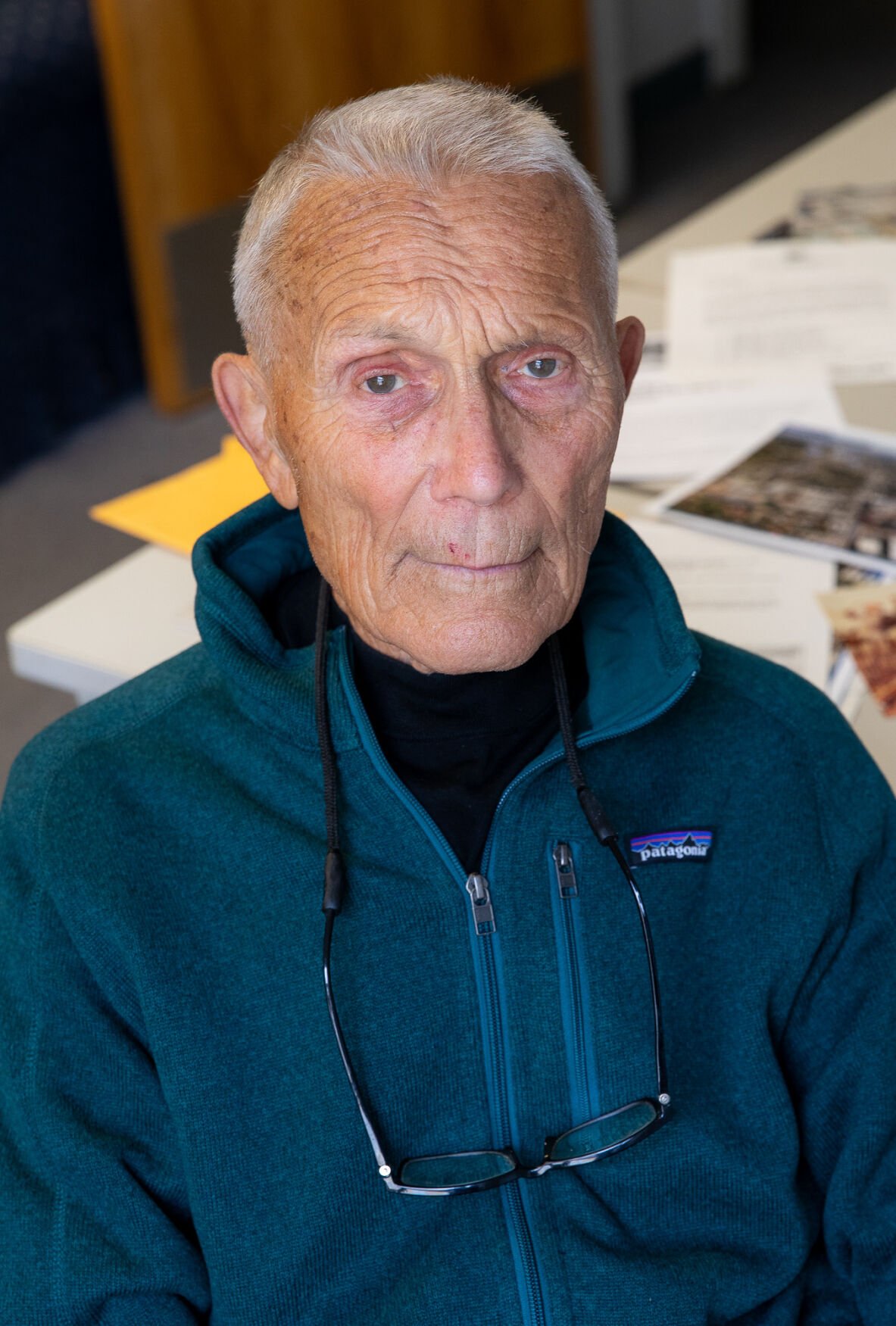 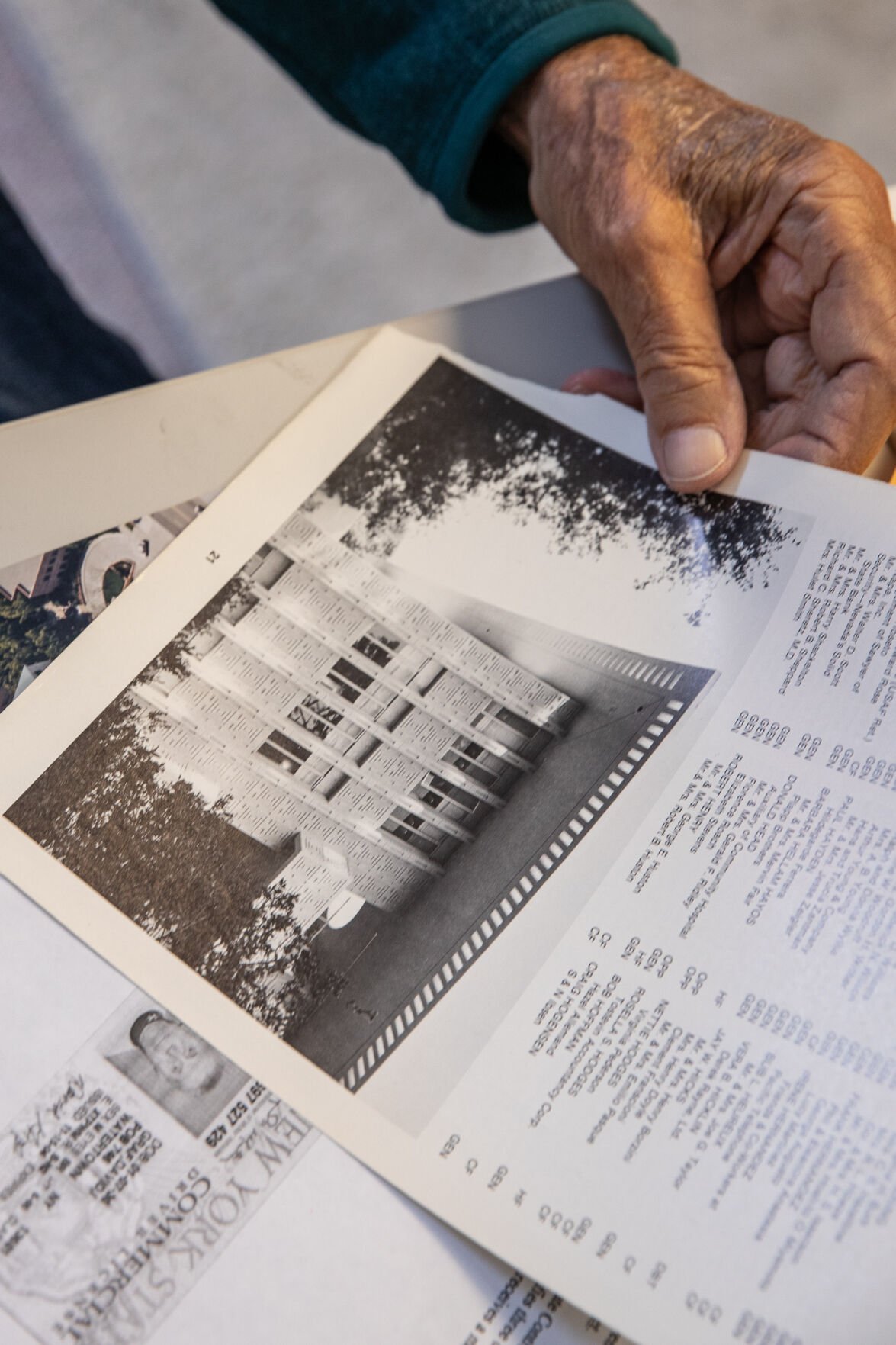 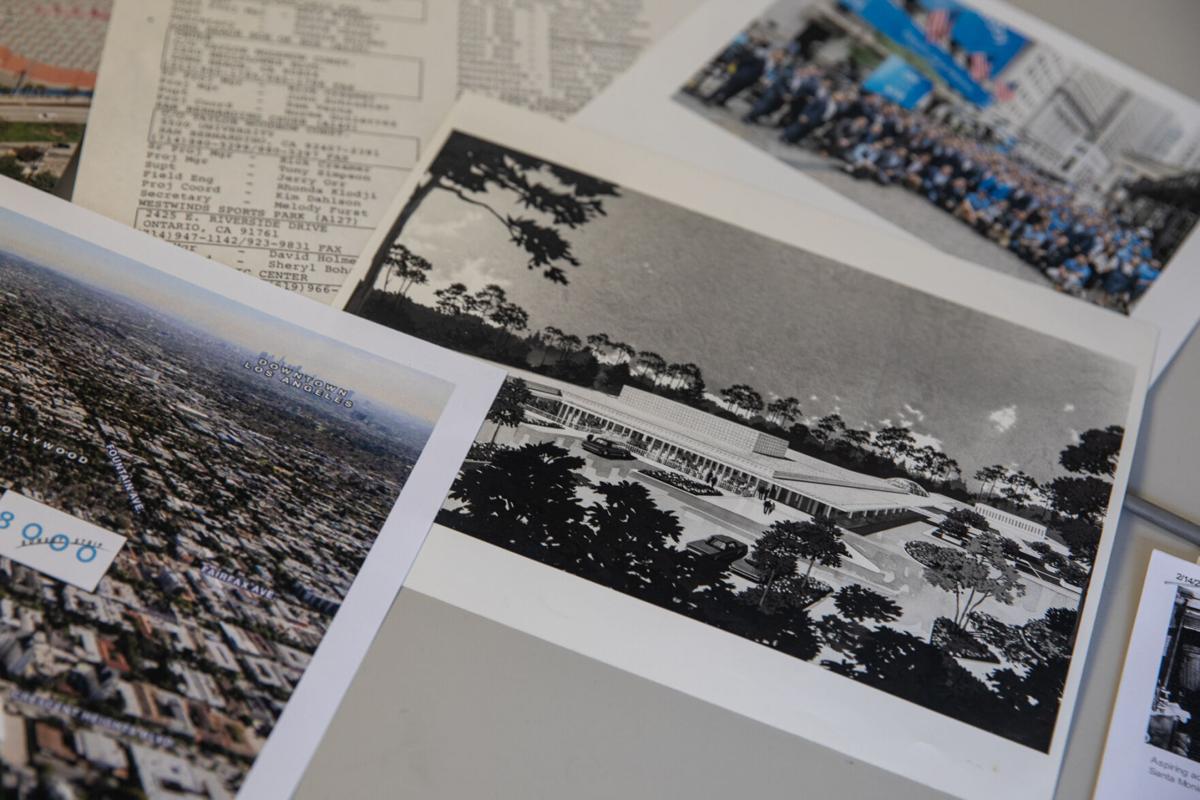 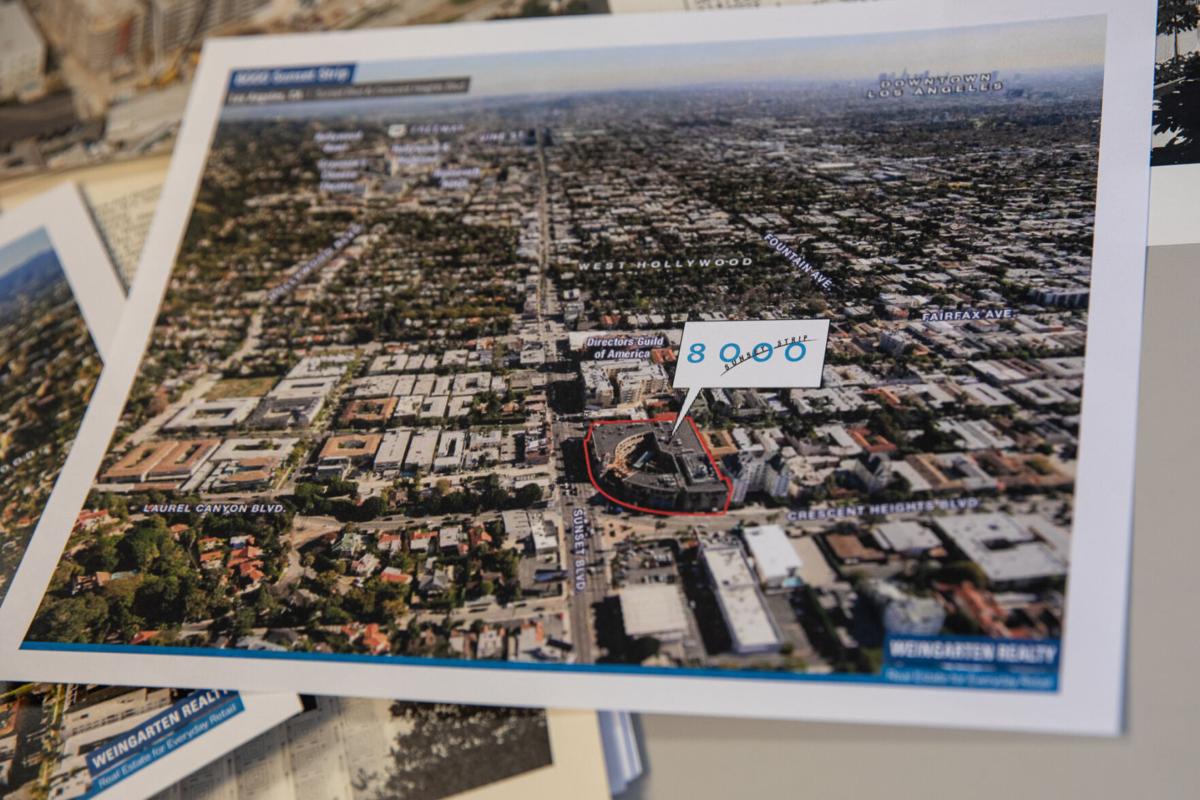 David I. Graf explained this is a photo looking east with a Hollywood sign at left in the background on the hill. “The site depicted was the Schwab’s drug store/ lunch counter where the early stars of Hollywood met,” he said. “I had a crew demolish the building. We then built the most prominent building in Hollywood, 8000 Sunset Boulevard.” Kara Dry/Watertown Daily Times

David I. Graf spent most of his career in construction in California. Here, he’s at work decades ago at a project in Pebble Beach. Kara Dry/Watertown Daily Times

David I. Graf has been a construction foreman, administrator, superintendent and consultant. Here, he’s at work on a project decades ago in Pebble Beach, Calif. Kara Dry/Watertown Daily Times

David I. Graf explained this is a photo looking east with a Hollywood sign at left in the background on the hill. “The site depicted was the Schwab’s drug store/ lunch counter where the early stars of Hollywood met,” he said. “I had a crew demolish the building. We then built the most prominent building in Hollywood, 8000 Sunset Boulevard.” Kara Dry/Watertown Daily Times

Since 2003, David I. Graf has written more than 50 letters to the editor that have appeared in the Watertown Daily Times.

After meeting David, 91, in person about a week ago, I discovered his advice and views on life are not limited to his written dissertations.

“I just want to stress that anybody in this town who has two feet on the ground and wants to be a success and wants to do something — you can do it. Just start working. You don’t have to go to college,” he said.

David, a 1948 graduate of Watertown High School, speaks in a rapid-fire cadence as if time is finally about to catch up with him. His letters to the editor have arrived almost as quickly. He has also offered opinions in letters sent to reporters and editors at the Times.

For example, in 2019, a story I did about how Watertown is nearly the same latitude as Duluth, the Minnesota city attracting attention as a refuge for people who may be seeking to escape from the effects of climate change, a letter arrived to my inbox from David. It was about how Watertown requires a local power project protected from a nuclear electromagnetic pulse — a burst of electromagnetic radiation created by a nuclear explosion. He also added the Black River is tied to the city’s future:

“The Army Corps of Engineers needs to do a study on migrating fish, hydropower recreation, boating, kayaking, bird watching, camping, obsolete dams, hydrokinetic power, dams reservoirs and microgrid connections for Watertown and other river villages. We are losing tens of millions of dollars a year in tourism as well as a theme for our community.”

Through the years, his topics in letters to the editor have covered everything from potatoes to high school football. His daily regimen includes reading The Wall Street Journal.

I met with Dave in early September — about a week after he wrote to me involving, “Just a small local touch on a major national event.”

Both towers were officially completed in 1973, though tenants began to arrive at North Tower in December of 1970 and into the South Tower in January of 1972.

Nearly 3,000 Americans were killed on 9-11 when jets piloted by Islamic terrorists plowed into the towers, the Pentagon in Washington, D.C., and in a field outside Shanksville, Pa. Hundreds of others have died related to health problems due to the aftermath of the attacks.

David said there were “screwups” involving the construction of the towers that may have led to their collapse, and shared a 2002 report from Fire Engineering written by Roger G. Morse, a nationally recognized expert in the areas of building science, environmental consulting, and forensic analysis. Among the report’s conclusions: “In considering the possible causes of the collapse of the WTC towers, the possibility that the initial application of fire-resistive coatings was deficient must be considered. The implications of this are far ranging.”

Another issue that has been on David’s mind lately is Watertown’s hydro plant and its contract that provides hydroelectric power to National Grid. It ends in 2029. A city hydroelectric task force was formed earlier this year to explore options on how to operate the plant after the contract ends.

“The city hydropower plant should have been engineered and wired years ago for sustainable power from the ominous threats of EMP, ice storms, fire and hurricanes,” David said.

A few days after we chatted at the Times, David dropped off further reading on the issue, including the 2001 book, “The Grid and the Village: Losing electricity, Finding Community, Surviving Disaster” by Stephen Doheny-Farina; a 2019 story from the Washington Free Beacon by Bill Getz titled, “China, Russia Building Super-EMP Bombs for ‘Blackout Warfare” and the 2017 U.S. Department of Energy’s Electromagnetic Pulse Resilience Action Plan.

“After a while, you just enjoy yourself and do a little research,” David said of his daily routine these days. “I’m driven to enhance my community.”

David is the son of legendary WHS football coach William I. Graf who coached in the 1920s-1940s and who died in 1954. David attended Notre Dame University on a football scholarship as a quarterback. But he was also an excellent student. He said he won the freshman I.Q. contest.

“Headaches from football put me in the Notre Dame hospital for a month,” he said.

“I left Cornell after one semester,” David said. “My father was broke.”

His first Watertown job was at the brokerage firm of Loeb-Rhodes, which became Foster-Adams, in the old Watertown National Bank Building, located at the corner of Stone and Washington streets.

“They paid me to learn the brokerage business at 42 Wall Street for six months,” he said.

David returned to Watertown in 2005 following a career in construction, with most of his years spent in California. His resume lists 14 construction licenses, ranging from hazardous waste to ceramic tile.

He spent 20 years in California and eight in Hawaii working construction jobs, most of them as superintendent.

His favorite construction job was as general superintendent on a full block shopping center at 8000 Sunset Blvd., West Hollywood. Among his jobs in Hawaii, in 1973, as a resident of Kailua-Kona, he was appointed superintendent of construction for a multi-million long-range project involving development of a complete community located in Captain Cook, in the District of South Kona, Hawaii.

After his return to Watertown in 2005, David, divorced in 2004, went back to California in 2010 to see his children. He said that in California, he’s the father to three, plus an adopted daughter. In New York State, he said he’s the father of three. One son, David, is a powertrain engineer at Joby Aviation, Santa Cruz, Calif. The company is developing an electric vertical takeoff and landing aircraft that it intends to operate as an air taxi service.

David returned again to Watertown in 2016 due to a request by a good friend here who had terminal brain cancer.

In 1980, David saw Moscow during the Summer Olympics, which the U.S. boycotted that year to protest the 1979 Soviet invasion of Afghanistan. He was just one of about 1,000 American tourists who visited the games despite the boycott, according to Times files. He journeyed with an American doctor who was a specialist on building muscles through nutrients.

“Best trip ever!” David said. “We had tickets for every sport. I gave most of my tickets to locals and spent my days touring the Russian museums, Red Square, the Kremlin, Napoleon’s cannon stocks, Bolshoi, restaurants and dated department stores. The (opening) ceremony was magnificent.” He also attended the boxing finals, “but left early as the crowd was out-of-control.”

David now lives in an apartment in the old Woolworth Building on Public Square.

“I love it,” he said. “I take the bus and the apartments are excellent. The thing is, I’m not going into an old folks home. There’s nice people around — with friendship.”