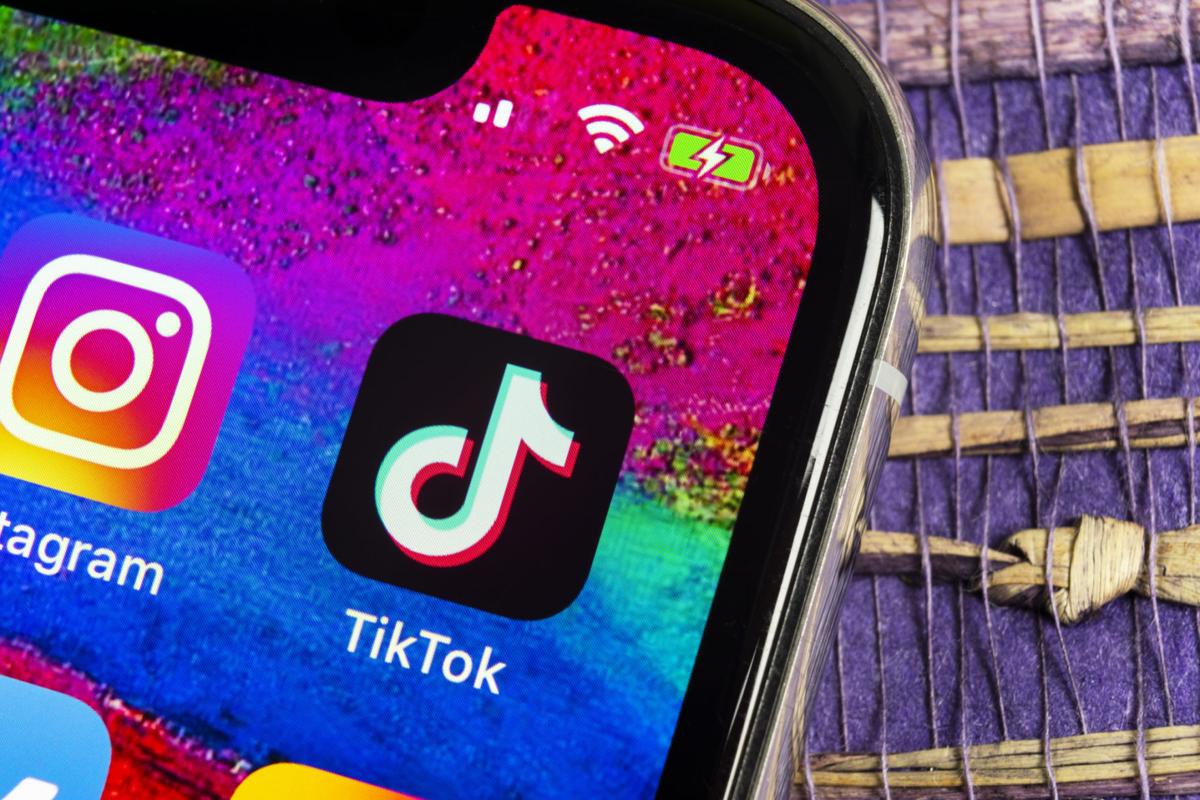 The TikTok app on a phone. On March 24, the platform launched a DistanceDance challenge. Dreamstime/TNS 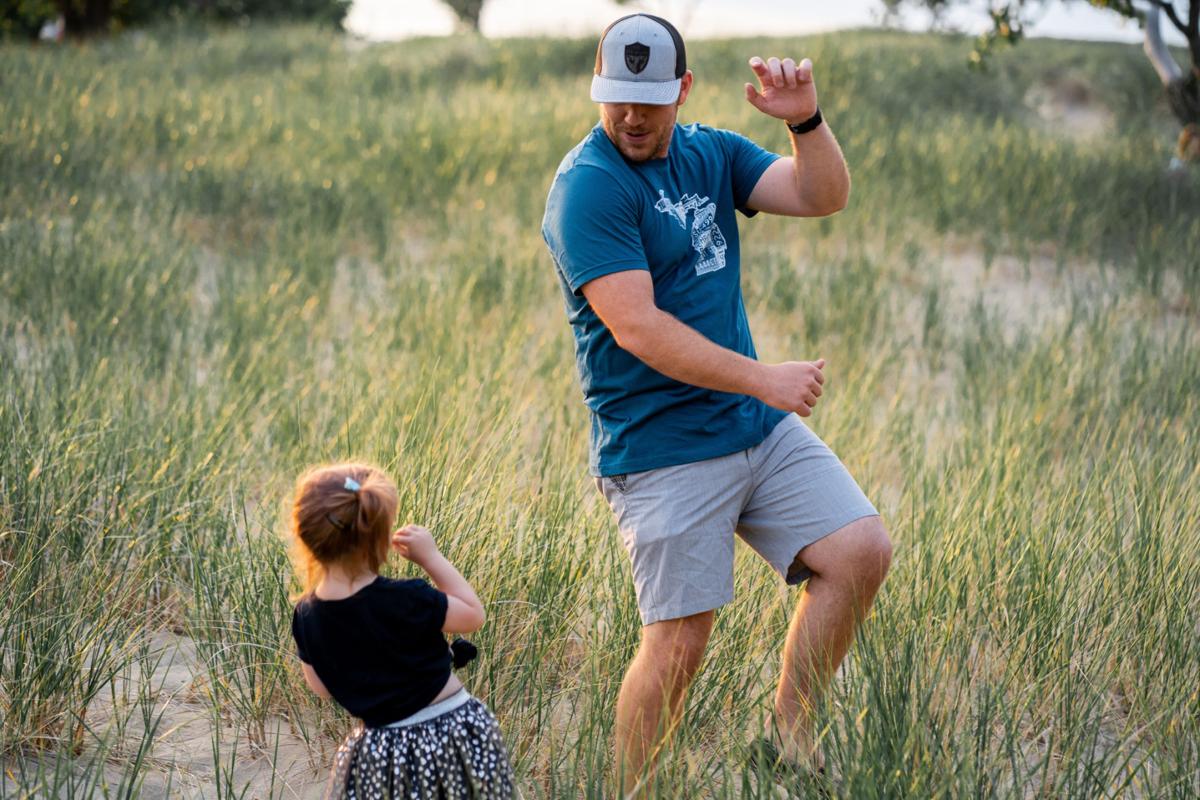 For many, posting on TikTok is a way to make friends smile during the pandemic. Pexels

The TikTok app on a phone. On March 24, the platform launched a DistanceDance challenge. Dreamstime/TNS

For many, posting on TikTok is a way to make friends smile during the pandemic. Pexels

It was early March, just a week before spring break, when social work graduate student Richard Unite learned that Columbia University would be moving classes online to slow the spread of coronavirus.

Like many others in the coming days and weeks, Unite was suddenly confined to his apartment, which he shared with one roommate.

“I was just in bed all the time and I didn’t really have access to the gym,” the West Harlem resident said. “I wanted to find a way to have some kind of outlet for exercising and having fun without leaving the house because I was too scared.”

So Unite turned to TikTok, the increasingly popular short-form video social media app. Unite — at 25, already something of An Old in the TikTok universe — had downloaded the app in January but never posted.

Created by 19-year-old Keara Wilson in early March, the “Savage” challenge dance blew up after being reposted by the rapper.

The dance, which has been emulated by celebrities including Justin Bieber and Jessica Alba — doesn’t just live on TikTok. It’s been cross-posted on Twitter, Instagram, YouTube and Facebook. There’s even a Netflix “Tiger King” and “Savage” mashup.

More and more people of all ages are embracing these types of dance challenges on TikTok. It’s the new reality as quarantine and stay-at-home orders keep people indoors around the world.

On March 24, the platform launched a DistanceDance challenge and fundraiser featuring 15-year-old Charli D’Amelio, TikTok’s most followed creator with more than 47 million followers, “to reach young people across the country and around the world, encouraging them to practice social distancing in a fun and creative way.” Justice said.

Since launching about two weeks ago, the hashtag has surpassed 4.6 billion views.

TikTok, which is owned by the Beijing-based tech company ByteDance, began as the lip-syncing app Musical.ly. The platform is known for being most popular among teens, but quarantine may be helping to break down age barriers.

Rodell Bautista’s 15-year-old daughter introduced him to TikTok in late March, inviting him to join her in a dance challenge. After posting the video to Twitter, Bautista, 46, created what he called a TikTok “Dance-A-Palooza” — asking family members to join him in dance challenges to songs including the “Cha-Cha Slide,” “Men in Black” and “Love Shack.”

“I’ve been bugging every family member every day,” said Bautista, who lives in Winnipeg, Canada. “Sometimes they’re a bit annoyed, but they’re kind of amused by it.”

Dancing on TikTok during the pandemic is a form of expression and a break from the constant flow of depressing news.

“Watching people enjoy themselves in the midst of this all, actually finding a positive way to put their energy while we’re all locked up and staying at home, it’s a chance to connect with your family and have fun with them, be silly,” Bautista said.

As on other video-centric platforms, dance on TikTok has allowed creators to break out of the shadows and gain large followings. It’s “one of the most expressive art formats and is a shared language that users of all ages and backgrounds enjoy,” Justice said.

The most viral TikTok dances tend to be simple — choreography that can be performed in small spaces and moves that people can pick up regardless of their skill level.

“What generally sticks is if someone watches ... and they feel like they can do it and they’re not too intimidated,” said Melanie Wilking, 20, who creates TikTok dances with her 23-year-old sibling, Miranda, as the Wilking Sisters.

One exception is the Renegade — Bautista said he’s attempting to learn it now — a dance set to rapper K Camp’s “Lottery” by 14-year-old Jalaiah Harmon. The dance is fast and at some points has multiple movements between each beat.

Some on Twitter have debated whether “old” people — mid-20s and up — are inadvertently ruining TikTok for teens.

“Y’all remember how annoying it was when your mom joined Facebook,” activist and writer Brittany Packnett Cunningham playfully tweeted. “That’s y’all joining TikTok and doing these challenges. Let the young cousins have something.”

Samantha Parent, 27, said via email she didn’t quite understand TikTok challenges initially “and thought there was no way you could catch me doing one.” After a few days of scrolling, though, she was hooked.

Since being in quarantine, she’s learned the viral dance to Doja Cat’s “Say So,” a process that took two to three days to perfect after watching other people do the dance “about 50 times.”

“My best friend made fun of me at first and now she uses it more than I do,” Parent said.

Making fun of the things young people do is a form of self-protection, said Clare Blackwood, a 32-year-old actor, comedian and writer from Toronto, via email. “TikTok has a reputation for being a silly thing that ‘the kids are doing,’ but we all secretly want to do it too, so when we actually join we have to pretend that we’re not happy about it.”

Justice would not provide an average age of TikTok users, saying the “community is made up of users of all ages, from grandparents to college students alike.” He added that TikTok has experienced “an incredible increase in the diversity and level of creativity” in content shared on the platform in the last few weeks.

“Savage” challenge creator Wilson guessed the average age range on TikTok was 17 through 20 when she first joined in September.

But now, “there’s actually a lot of older people and I love to see that because it’s not really just a kids’ app,” Wilson said. “I see it more for everyone to come in and join and show off their dancing and their funniness.”

The Wilking sisters, who have 2.4 million followers on TikTok, said they’ve experienced “people talking not so great about the app,” Melanie said. “People get under the impression that it’s just these teen girls doing these silly dances, when really it’s so much deeper than that.”

Until being featured in the New York Times, Harmon struggled to get proper credit for her Renegade choreography after TikTok influencers, including D’Amelio, popularized the dance on the app. Since then, the Atlanta teen has performed the choreography on “The Ellen Degeneres Show” and the 2020 NBA-All Star Game.

Like other viral TikTok creators, she hopes to translate social media success into a professional dance and choreography career.

But many don’t dream of being TikTok famous.

“It’s going to sound cheesy,” Unite said. “TikTok has given me the confidence to mess up and dance and be able to do that happily in front of people and not be judged for it.”

Posting on TikTok is a way to make friends smile during the pandemic, Blackwood said. “Any shame I possess about using an app made for people who are younger, richer and hotter than I will ever be is canceled out.”

She added: “The second quarantine is over, I am deleting it. It is an addictive, time-sucking monstrosity that I like far too much for my own good.”

Fourteen-year-old Harmon weighed in on the age debate, saying age shouldn’t matter on TikTok. “You’re never too old to dance either,” she said. “If it’s something you love, you can still do it. It doesn’t matter how old you are. It’s just all about having fun.”