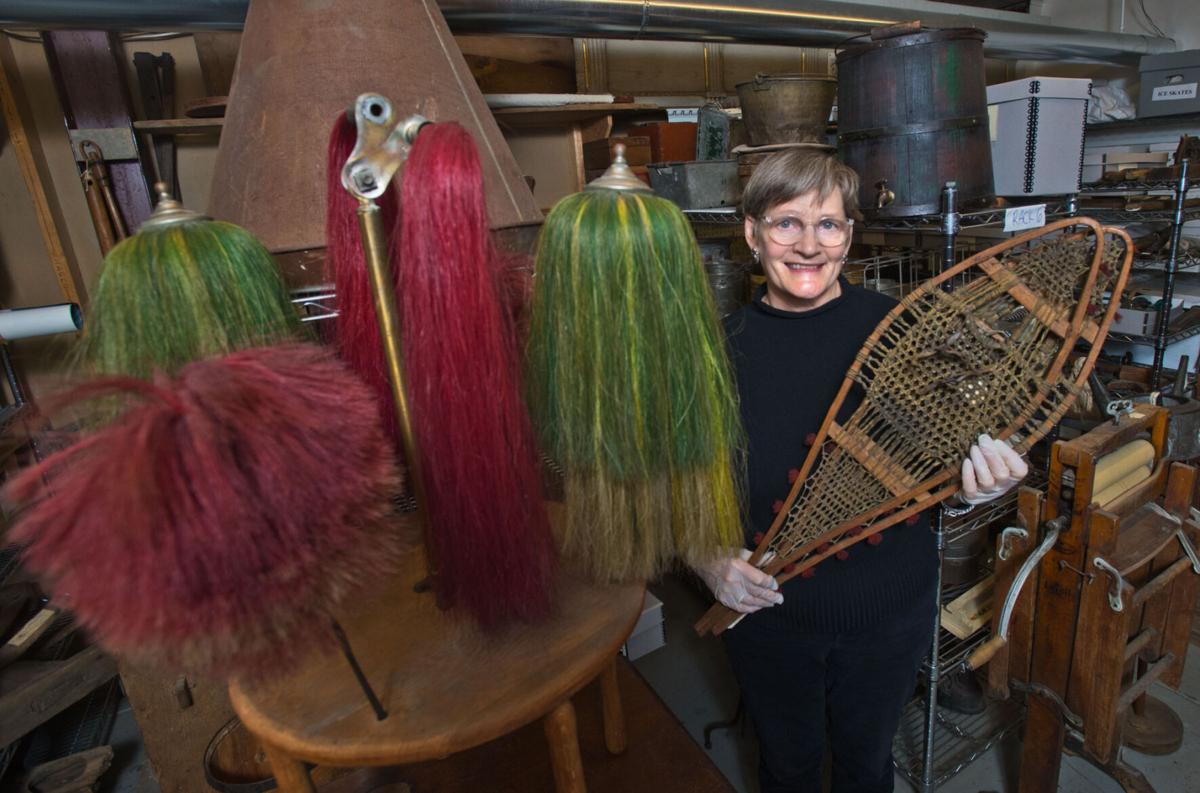 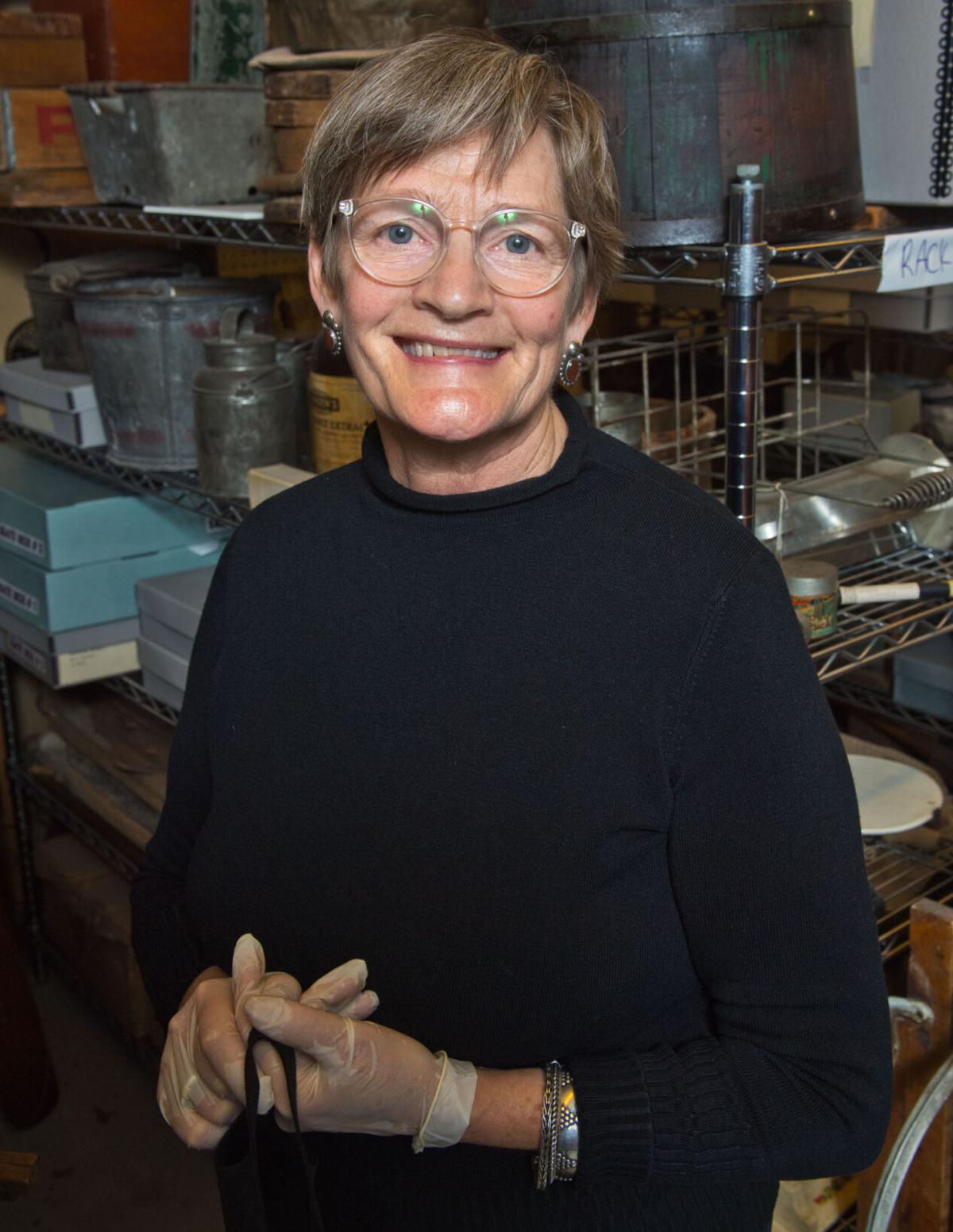 POTSDAM — After 14 years stewarding Potsdam’s archives and artifacts, Mimi Van Deusen will be retiring as museum director, but her passion and pursuit of history won’t.

A Potsdam native, Ms. Van Deusen returned to the village after nearly two decades away while raising a young family. With a background in art history, Ms. Van Deusen thought taking the job as Potsdam’s Museum Director in 2007 would be an easy transition, but she found managing a small municipal museum much different, but a worthy challenge.

“I’ve worked in museums, I’ve done everything in a museum, and not really realizing what a huge difference that a history museum and an art museum were. So, it was sort of baptism by fire when I started realizing, ‘Well there are objects and you do display them and you do research them,’ but it was very different. I just lapped it right up and I loved it.”

Still, Ms. Van Deusen’s passion for history, especially local tales and origins, was deeply embedding in her upbringing. Both her parents were “architecture nuts,” and at some point, instilled a love of sandstone in Ms. Van Deusen. Now, as if metaphoric to her return to Potsdam, she lives in a sandstone house.

“I didn’t even know I was getting history lessons,” Ms. Van Deusen said laughing.

While the study of history wasn’t pressed on her, in retrospect, she now sees the seeds of curiosity and knack for investigating a mystery that were instilled by her parents in her original family home on Clarkson Avenue. Genealogy was always important and her mother especially emphasized tracing back family lineage, while her father had a penchant for collecting.

“His favorite kind of tool or gadget would be one that nobody could figure out what it was for,” Ms. Van Deusen recalled. “He had these hanging all around this little hearth at the house and when anybody came in he would go, ‘Hey do you know what this is?’ ... they would spend hours looking at it and guessing, and they could never get it. So, I didn’t realize that this was an introduction to me to history.”

Though she went on to get a master’s in museum studies from Syracuse University, it was growing up in Potsdam that made piecing together to village’s past, decades later as its museum director that much more important.

“Now I understand who built it, who lived there, what they did, why they were here,” she said.

Among her proudest accomplishments is putting Potsdam’s civic center, the striking sandstone complex at the heart of the village, listed on the national register of historic places.

She also remembers a number of exhibits, one on the Clarkson family and their role in building the community. Another she recalls is on Chinese history and culture. But Ms. Van Deusen didn’t dwell into the particularities of the history — the dates and names and places — but rather the connections they made with the visitors who came to learn about them.

She remembers one of the surviving members of the Clarkson family who came to view that exhibit, and particularly recalls the faces on nearly 400 school children who toured the China exhibit.

“Just to watch their faces when they walked in was a riot. It was so neat and they loved the exhibit and all of the bright colored things and the beautiful textiles and robes,” Ms. Van Deusen said.

Ms. Van Deusen also prides herself on helping launch the sandstone festival and other events over the years.

“She has done just yeoman’s work,” Potsdam Mayor Reinhold J. Tischler, and a former classmate of Ms. Van Deusen said. “She’s been involved in so many different ways. She’s done a lot of traveling and a lot of extensive work trying to obtain grants for different reasons and she’s been recognized by so many different people. She’ll be missed, terribly missed.”

This isn’t the end of Ms. Van Deusen’s love of history. When she formally steps down Nov. 30, she’ll still assist with the transition process as the village looks to bring on a new director. But she also has some other projects in mind. One of those is compiling and writing an Arcadia book on Potsdam. She also wants to do more history writing altogether.

“Part of the historian’s job is to write, but when you’re being a director and a curator and a fundraiser and an administrator and a collections manager and then an archivist and all of the other hats I wear, I put that on the back burner,” she said.

To Ms. Van Deusen, emotion is at the core of stewarding history. Rather than storing away old artifacts or logging important names and dates from uncovered documents, passion is what keeps the history alive.