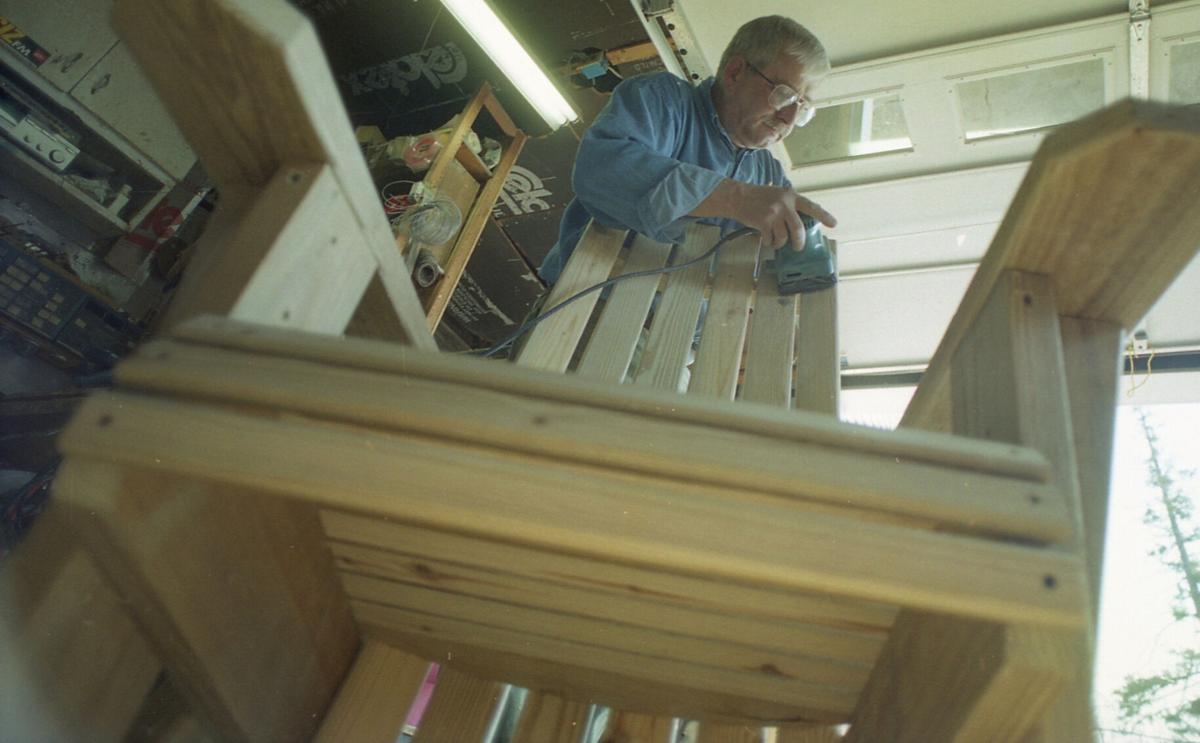 James R. Donaldson sands an Adirondack chair he was making for his daughter at his Hermon home in 2000. Watertown Daily Times 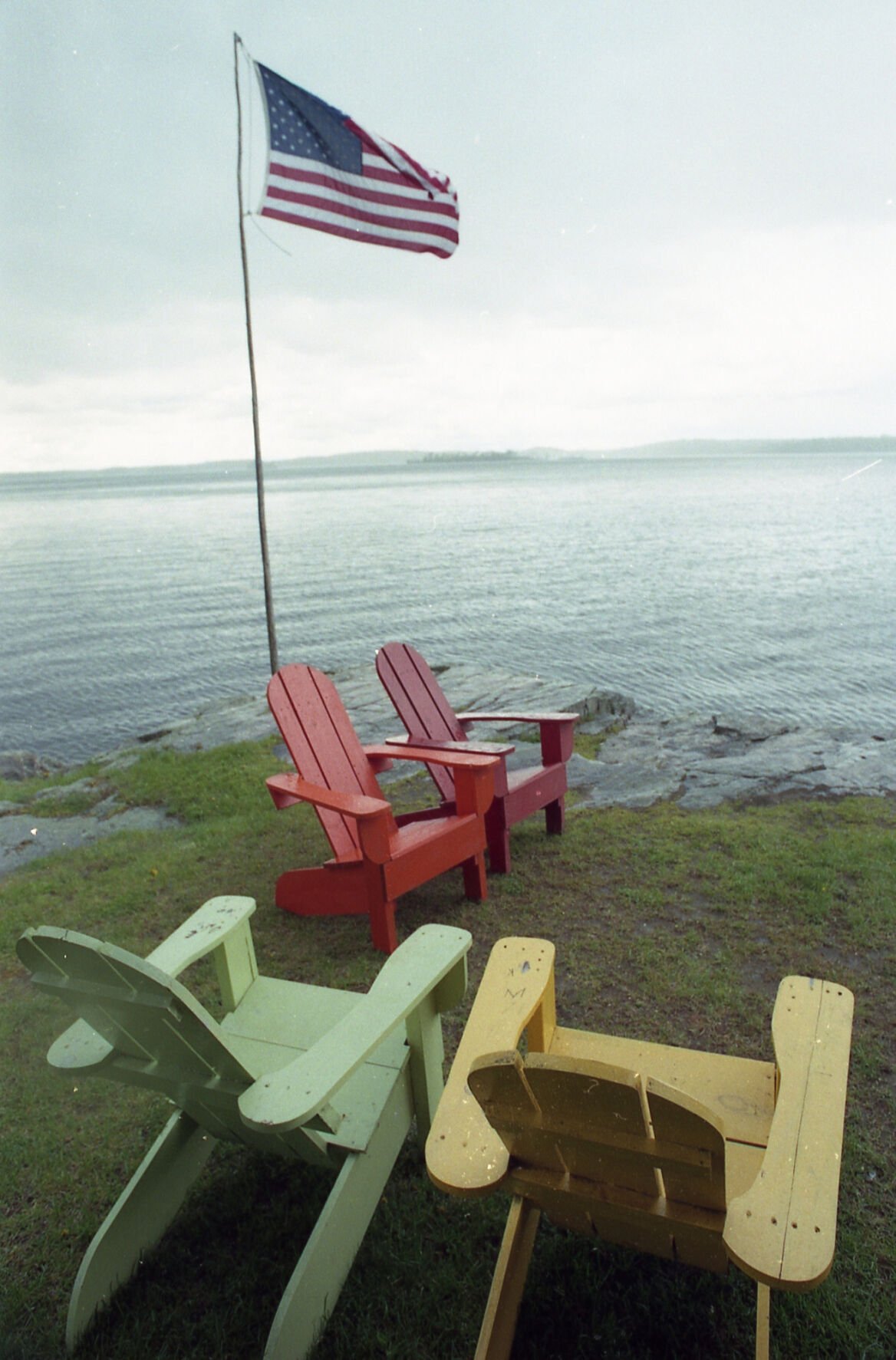 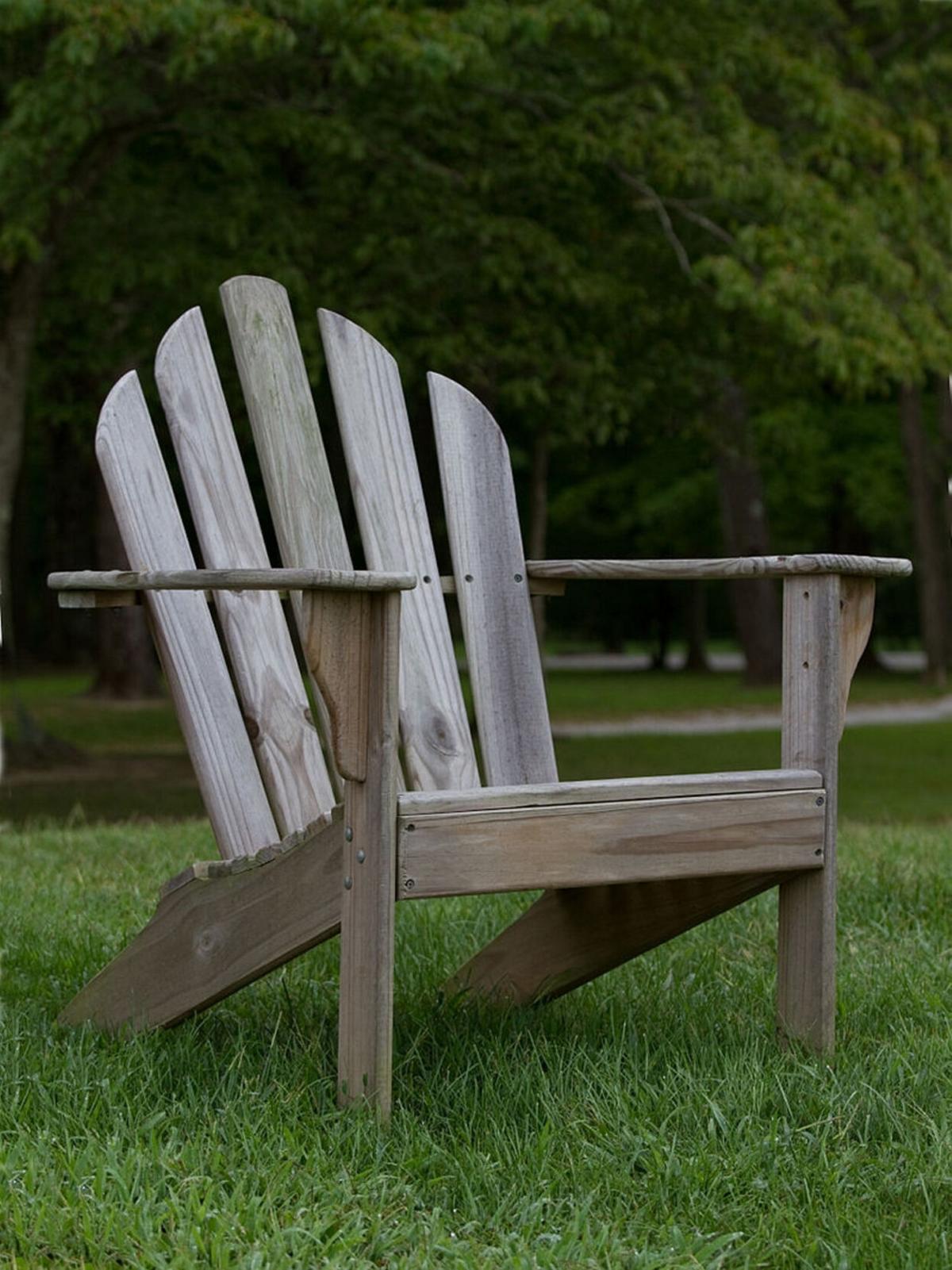 The Adirondack chair was invented over a hundred years ago, in the early 1900s by wealthy Harvard grad Thomas Lee while vacationing in Westport, an Adirondack town overlooking Lake Champlain. Wikipedia

James R. Donaldson sands an Adirondack chair he was making for his daughter at his Hermon home in 2000. Watertown Daily Times

The Adirondack chair was invented over a hundred years ago, in the early 1900s by wealthy Harvard grad Thomas Lee while vacationing in Westport, an Adirondack town overlooking Lake Champlain. Wikipedia

If my topic were a person, I think I’d describe them as “famously private.” It’s a ubiquitous summer staple, has been featured in design magazines worldwide and can be purchased at Walmart for $20 and Pottery Barn for $400. But its Wikipedia page is five sentences long.

As Howard Pousner of the Orlando Sentinel wrote in an article that appeared in the Watertown Daily Times in 1987, Adirondack chairs are “working chairs, as practical today as they were when they were invented.”

The chair was invented over a hundred years ago, in the early 1900s by wealthy Harvard grad Thomas Lee while vacationing in Westport, an Adirondack town overlooking Lake Champlain just to the east of Mount Marcy. Lee’s exact intentions are lost to time. Apparently, the Lee vacation home needed some more outdoor seating, so Thomas got to work. He had in mind a chair that could withstand the variable Adirondack terrain — something sturdy, well-balanced and comfortable. It took him three years, from 1900-1903 of tinkering and testing to come up with his ultimate design, which was known as the Westport chair.

Lee allowed his friend, local carpenter, Harry Bunnell to build and sell the chairs in his shop, mostly just as a way of getting through the winter season. Harry patented the design when he saw how well they sold. Over the next 20 years, Bunnell and his Westport chair business flourished.

The design shifted gradually over the years before it became what we know as the Adirondack chair. Probably the most notable change was that the chair’s back and seat —originally made of one plank of wood — were now made of multiple slats of wood, allowing for easier mass production.

The invention of the Adirondack chair in 1903 was actually part of a larger rustic furniture trend that is familiar to anyone who has spent longer than five minutes in an Adirondack town. It has the look of “tree furniture” — furniture made from hardwood logs with no effort to conceal that fact. The finishing is minimal and painting is a sacrilege.

Rustic furniture is by no means unique to the Adirondacks. It came over from Europe and it is seen throughout the United States, particularly in Rocky Mountain communities. But it fits in beautifully in the Adirondacks, what with the “lean-tos and shanties and ramshackle tables, chairs and beds hastily fashioned by wilderness guides, lumberjacks and hermits,” as former Times columnist John Golden put it.

Rustic furniture experienced something of a golden age right around the time the Adirondack Great Camps flourished, beginning about 1875. Wealthy families from cities came to the woods to build magnificent, sprawling compounds, usually right on a lakeshore.

Rustic furniture enjoyed a great comeback in the early 1970s. John Golden noted this comeback in his column in 1990, and I’d venture to say that it’s never gone away.

Of course, that comeback included the great Adirondack chair. Howard Pousner takes it a step further, writing that the chair is “so busy being rediscovered, it never really goes out of style.”

Locally, the Adirondack chair has become a beloved symbol of Northern New York. In the late 1990s, St. Lawrence University began replacing their old outdoor benches with Adirondack chairs. According to the school’s then-dean of students Marcia Petty, having the chairs around campus became a symbol of comfort for students and staff. No matter where they were placed, the chairs were moved to be grouped together in informal conversation circles.

“I love that,” she said, “I think it just captures St. Lawrence.” Ms. Petty was so associated with the chairs that she was gifted a huge Adirondack chair by her colleagues in 2001.

The chairs have raised thousands for local charities. Artists decorate them and they are auctioned. Construction students learn their craft by making them. They can now be had in child size, giant size, with foot rests, cup holders, attached beer coolers. They can glide, rock, glow in the dark and yes, they can just be sat in.

And they put the Adirondacks on the map. Well, maybe not. The Adirondacks probably do just fine without a chair’s help. But when I conducted a very unscientific experiment with a very small sample size — my friends on Facebook — a few of them associate the Adirondacks first and foremost with the chair.

Out of about 20 responses, the most common answer to the question “what’s the first thing you think of when you think of the Adirondacks?” were trees, camping, mountains and chairs. I’d be willing to bet that there are people out there who only know of the Adirondacks because of the chair. And if that’s the case, what a claim to fame.