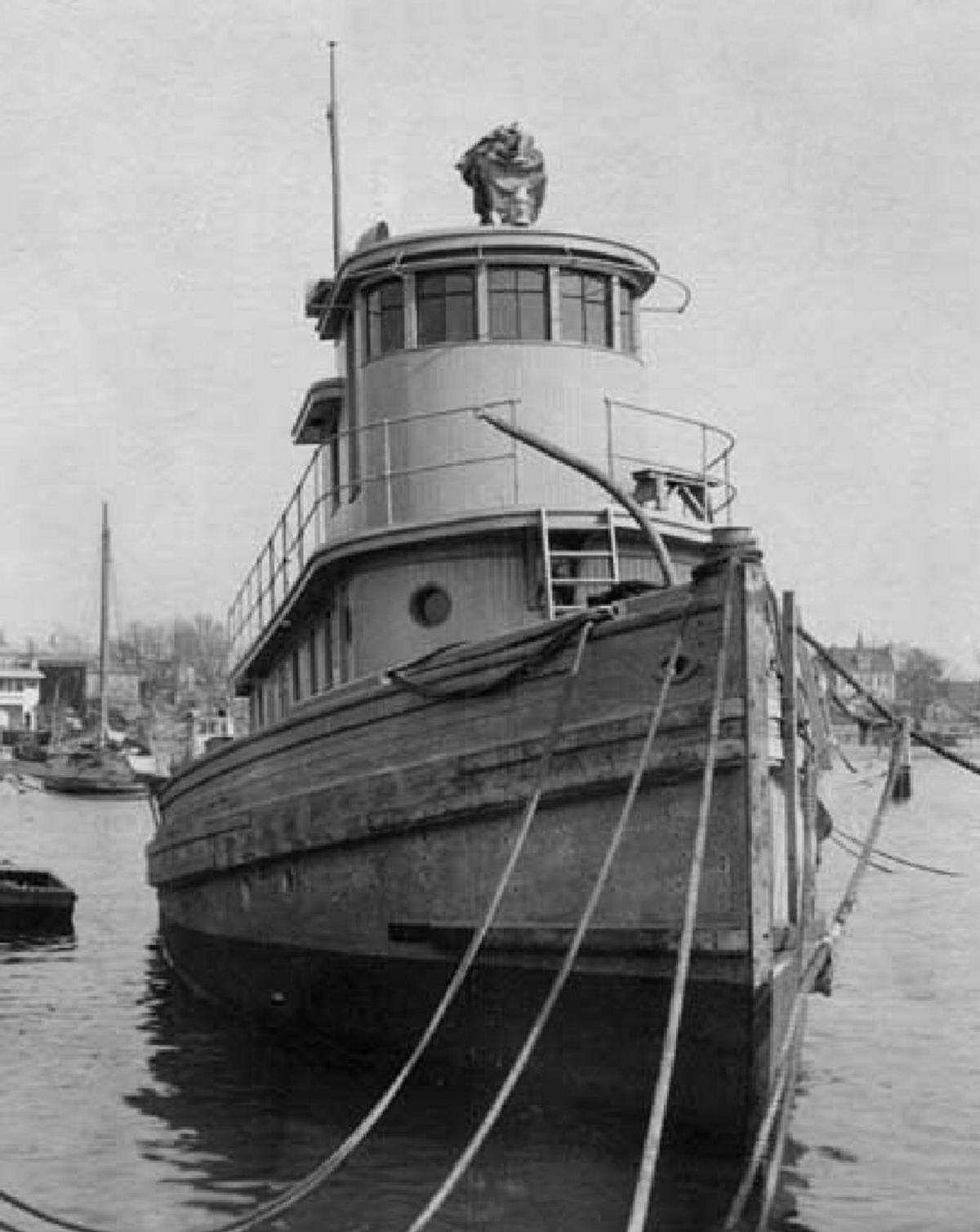 Formerly a tugboat, the Chillicothe was assigned to patrol the St. Lawrence River for smugglers. Naval History and Heritage Command/L. Gooley 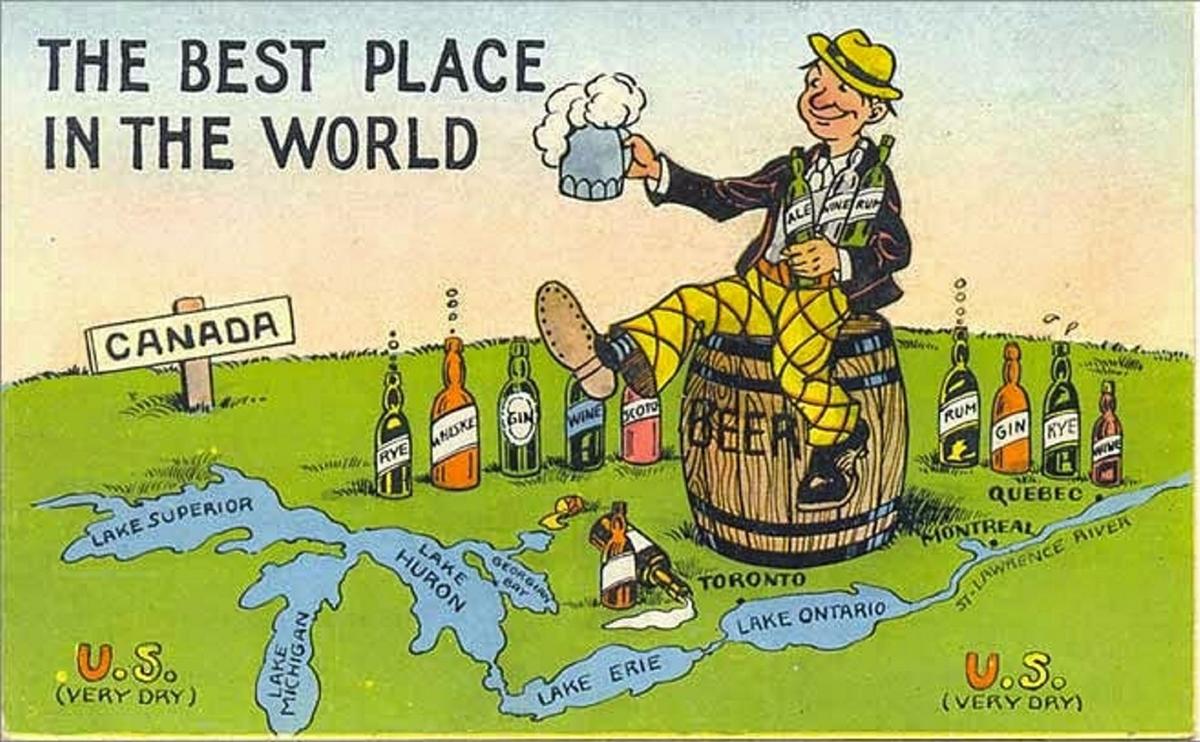 A Prohibition-era cartoon celebrating the status in Canada, which attracted bootleggers in Northern New York. Library of Congress 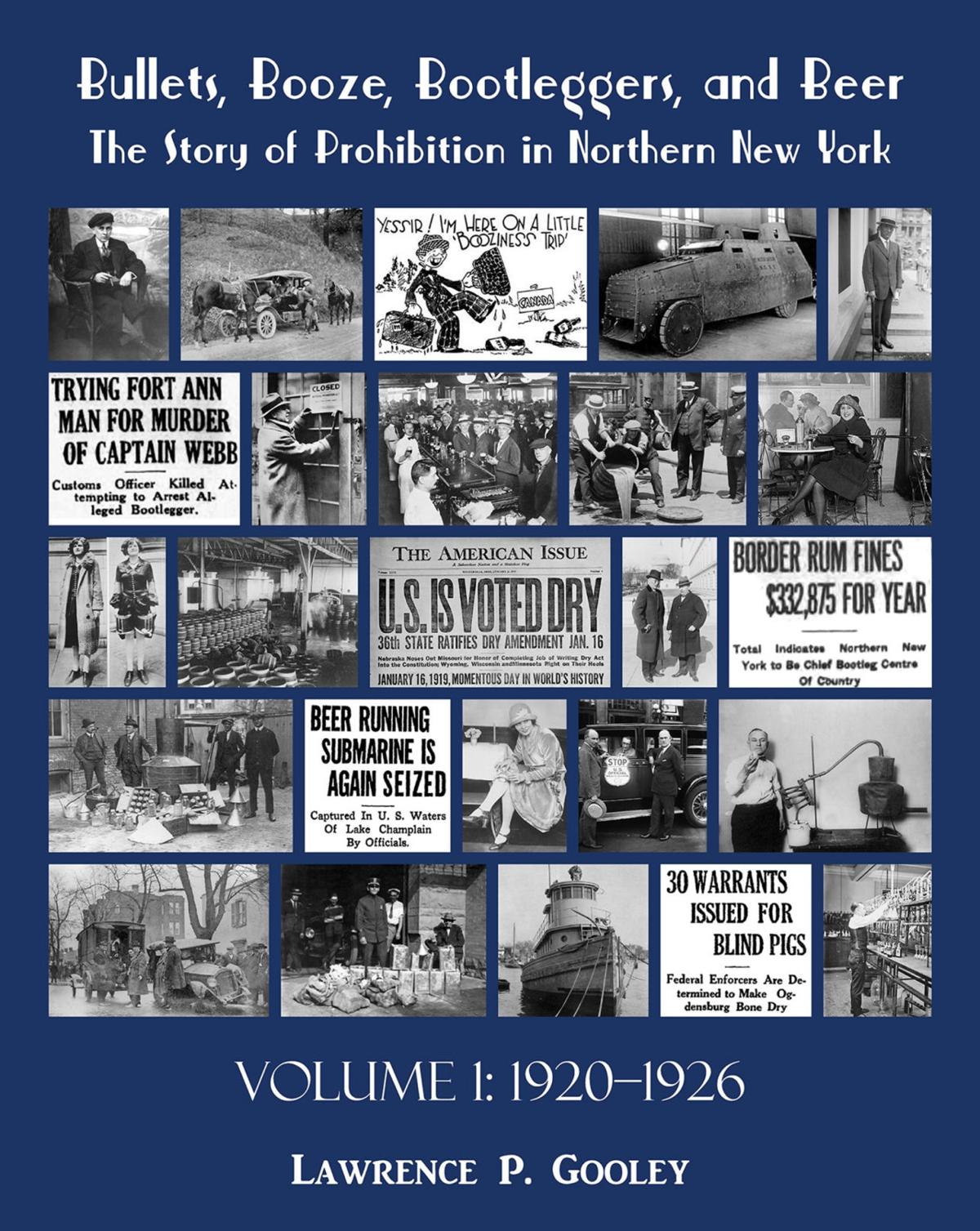 Author Lawrence P. Gooley’s research into Prohibition in Northern New York amassed so much information that he plans two volumes of books. The first volume covers the years 1920 to 1926. Bloated Toe Publishing 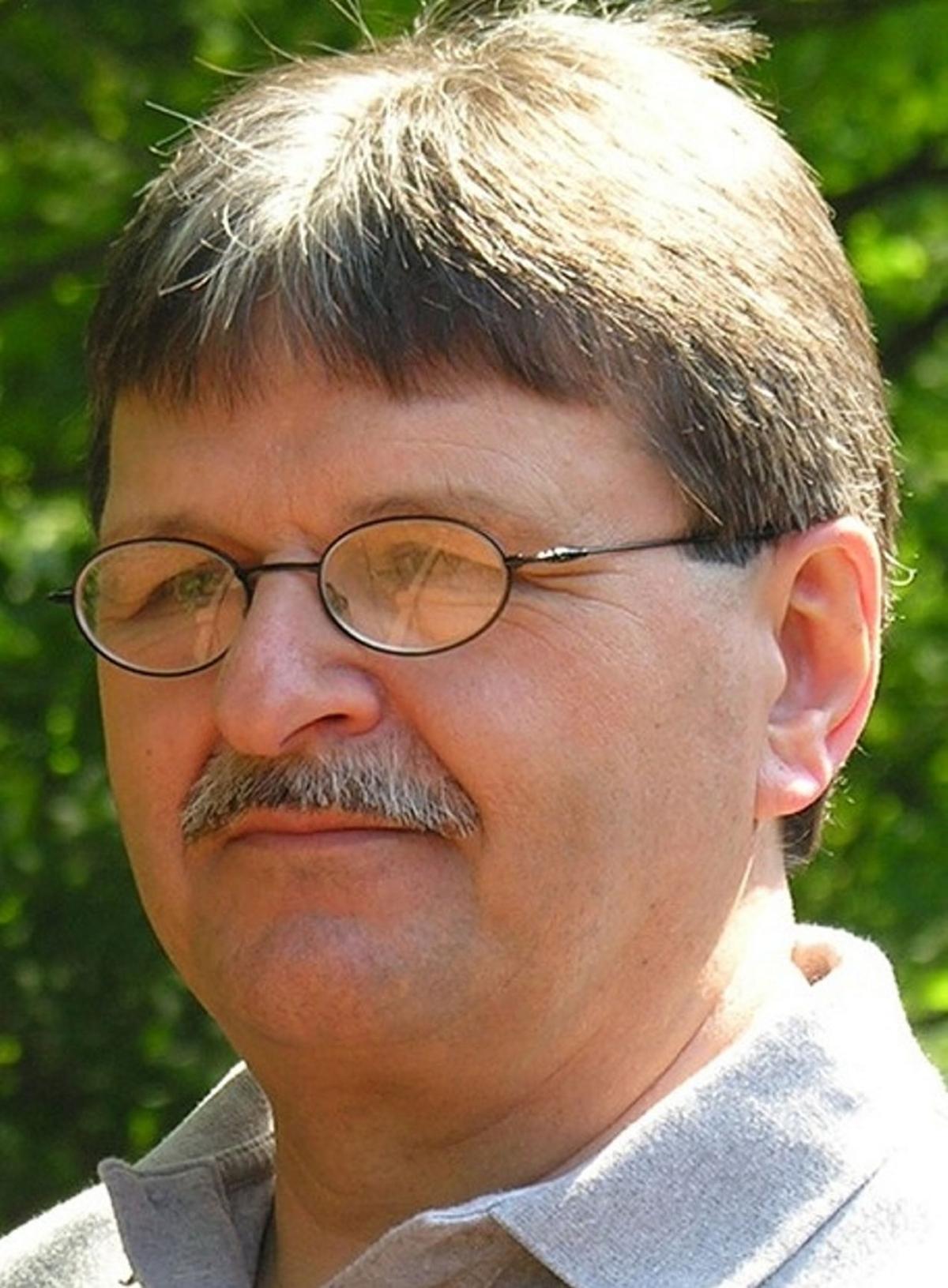 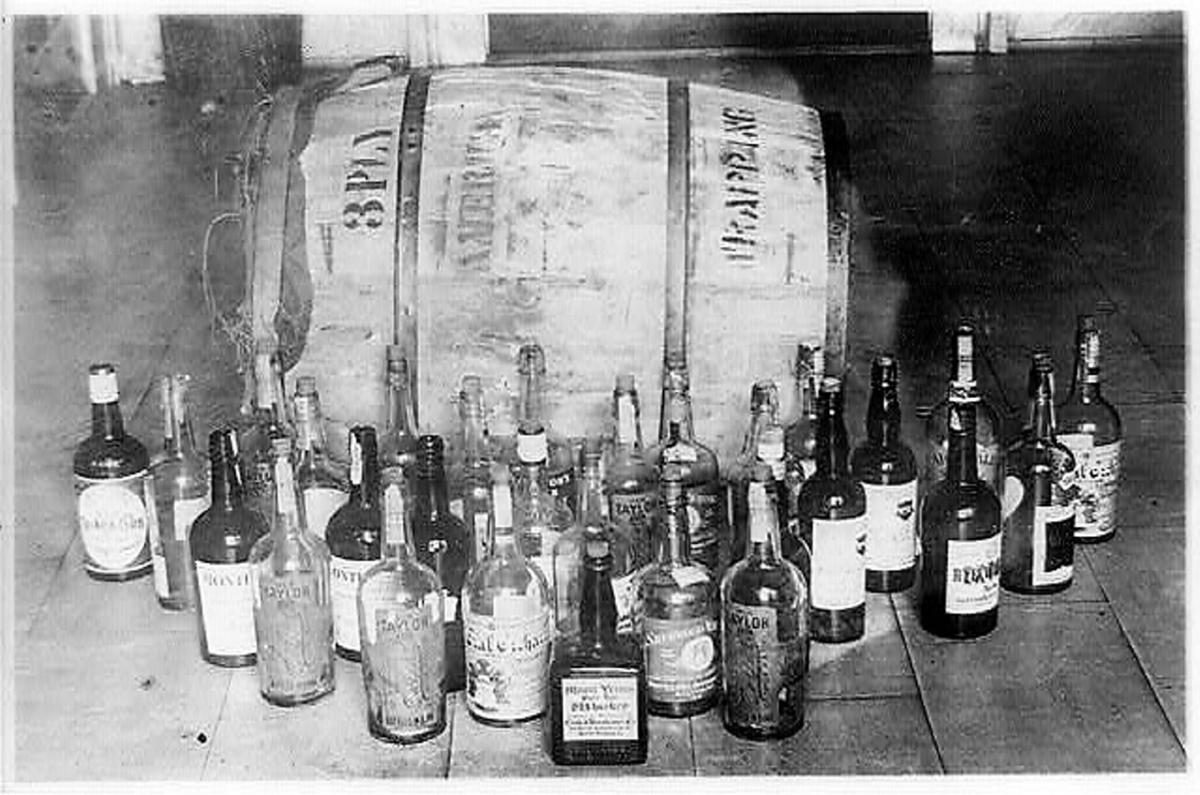 Formerly a tugboat, the Chillicothe was assigned to patrol the St. Lawrence River for smugglers. Naval History and Heritage Command/L. Gooley

A Prohibition-era cartoon celebrating the status in Canada, which attracted bootleggers in Northern New York. Library of Congress

Author Lawrence P. Gooley’s research into Prohibition in Northern New York amassed so much information that he plans two volumes of books. The first volume covers the years 1920 to 1926. Bloated Toe Publishing

While growing up in Champlain, Clinton County, Lawrence P. Gooley was given some words of advice by his mother.

“There were some old-timers in town, of which my mom would say, ‘You shouldn’t be hanging around with those old bootleggers,’” he said. “And it turned out they were actually bootleggers. They had some great stories to tell.”

Those stories have remained in the back of his mind.

“Pursuing history has been a natural for me,” Mr. Gooley, 66, said. “I grew up among those stories.”

The tales were partially what inspired him to research and write, “Bullets, Booze, Bootleggers, and Beer: The Story of Prohibition in Northern New York, Volume 1 — 1920-1926.”

Prohibition, formally the Volstead Act, was enacted following the passage of the 18th Amendment by Congress in December of 1917. The law was ratified in January of 1919 and took effect 100 years ago, on Jan. 17, 1920. It prohibited “the manufacture, sale, or transportation of intoxicating liquors within, the importation thereof into, or the exportation thereof from the United States and all territory subject to the jurisdiction thereof for beverage purposes.”

But Prohibition has been his biggest challenge. Mr. Gooley was impressed by the writings of the late SUNY Plattsburgh history professor Allan S. Everest on the topic. Mr. Everest retired in 1983 and died in 1997.

“I have so much more access to materials now,” Mr. Gooley said in a phone interview. “I came up with more stuff beyond what he had and with different angles with what was going on. It was so interesting to me and it’s part of our north country history, so I wanted to tackle it. But it’s a huge subject. Way larger than any I’ve covered in the past.”

He realized it would take two volumes to cover Prohibition in the north country, at much larger page counts compared to his previous books.

He also went for a larger format with his Prohibition books, opting for 8-by-10 inches rather than 6-by-9 inches for previous books.

“Volume one is the equivalent of four copies of my bestsellers,” Mr. Gooley said.

He expects volume two will be ready for release in the fall. All of his books are published through Peru-based Bloated Toe Enterprises, which Mr. Gooley operates with his wife, Jill C. Jones.

“Bullets, Booze, Bootleggers, and Beer” covers the areas from Lake Ontario to Lake Champlain and from the New York-Canadian border to the Capital Region. It features “stunning revelations” about pervasive alcohol smuggling, the corruption of lawmen and daily gunplay.

Bootleggers and innocent citizens alike were fired on indiscriminately by officers, resulting in carnage, Mr. Gooley said, for what were often misdemeanor violations.

A large part of the book explores the life of “runners” — those who transported the illegal cargo.

“I had to learn about the whole system about how this was being done,” Mr. Gooley said. “Many of the people who wanted to smuggle alcohol came up north and they would access people anywhere from Watertown to Fort Covington to Rouses Point, all along the line, who knew the roads and the ways to get across the border. Their job was to get the alcohol into New York state safely and deposit it, often at a local barn or some storage area for further movement south later.”

The shores of the St. Lawrence River were a huge smuggling area.

“The biggest and worst of all was the roughly miles from Fort Covington to Rouses Point in the east,” Mr. Gooley said.

Thousands of speeding bootleggers, on land and water, presented potentially deadly hazards to casual drivers. The number of gun-toting highwaymen skyrocketed with the emergence of new and irresistible targets — bootleggers carrying cash north to purchase alcohol and returning with valuable booze loads south.

“I realized I could do an entire book on wild chases,” Mr. Gooley said. “There were so many of them.”

The author said the public’s fear often came from lawmen, who were given “carte blanche” by the feds.

“For instance, say they were chasing somebody from Champlain, where I grew up,” Mr. Gooley said. “They’d chase them 18 to 20 miles to Plattsburgh. And right through the city, they’re firing bullets that are hitting houses, cars and with disregard to everything else to catch the bootleggers.”

From 1920 to 1929, violations of the Volstead Act, when it came to bootlegging, were misdemeanors.

“With jaywalking or anything like that, you just don’t shoot people,” Mr. Gooley said. “But for bootleggers, they did.”

In 1929, tougher penalties related to the National Prohibition Act — the Increased Penalties Act — went into effect for “the illegal manufacture, sale, transportation, importation, or exportation of intoxicating liquor” were fines not to exceed $10,000 or imprisonment not to exceed five years, or both.

“The biggest issue was federal control because if you were a federal lawman, you could do virtually anything,” Mr. Gooley said. “You weren’t equal to the other lawmen up here.”

Mr. Gooley saw some disturbing patterns in his research.

“When some bootleggers were shot and killed, you might see lawmen saying they weren’t shooting at him,” Mr. Gooley said. “They’d say, ‘We were aiming up in the air or we shot at the road and the bullet must have bounced up.’”

The author said he supposes “such a freak thing” could happen.

“But as you go year by year, you see the same story repeated maybe a dozen times and you realize this isn’t true at all,” Mr. Gooley said. “They shot the guy.”

Citizens traveling at night on roads and going about their own business often faced tense situations. A 1927 federal court ruling confirmed “reasonable suspicion” was enough to stop and search vehicles. The action had been practiced for years.

Lawmen, Mr. Gooley said, would stake out back roads and flag down random cars.

“This was at a time when cars were fairly new,” Mr. Gooley said. “As they became more common, criminals recognized this, so highway robbery was becoming a common thing. So when you’re crossing the border or just driving and somebody steps on the road, you have a decision to make. Is this guy a lawman? Or is he a hijacker?”

What most people did, Mr. Gooley said, was to hit the gas and speed away.

“Almost immediately, the lawman would turn around and fire bullets at him,” Mr. Gooley said. “And they’d hop in the car and start chasing them and they’d be bullets flying.”

Mr. Gooley documents some of the creative ways that alcohol was smuggled across the border from Canada to the U.S.

“There was more than one incident of lawmen finding hallowed-out eggs,” he said. “People actually went to the trouble to hollow out an egg and fill them with alcohol.”

He said fuel trucks would have their cargo switched to alcohol and even blocks of ice were seen as carriers. Mr. Gooley writes about one smuggler who hallowed out blocks of ice, filled them with alcohol and drove the cargo across the border before the containers succumbed to melting.

“The ideas were just crazy, so I included sections on that,” Mr. Gooley said.

The author documents New York’s critical role in the repeal of Prohibition nationally. One of the reasons it was nixed was because enforcement became unmanageable, especially along the 63-mile border with Quebec and because of Rum Row, off New York City, where offshore ships sat just beyond the reach of the law. The illegal cargo of these ships would be transferred to small crafts.

“It was so heavy from Watertown to Rouses Point that they just couldn’t stop it,” Mr. Gooley said. “That’s why New York state played a key role. New York was overflowing with booze, and New York was the key to repeal. If you couldn’t stop New York, you’re not going to stop everybody else.”

WATERTOWN — During the days of Prohibition, those tasked with enforcing it were at times as creative as the scofflaws who ignored and resisted it.