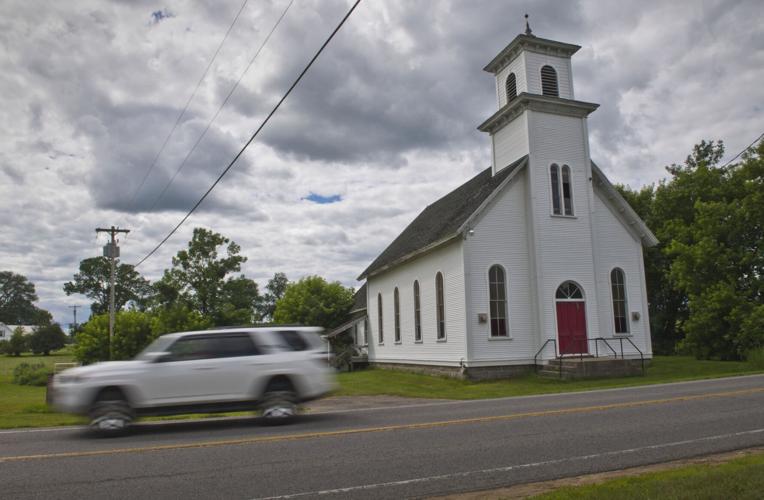 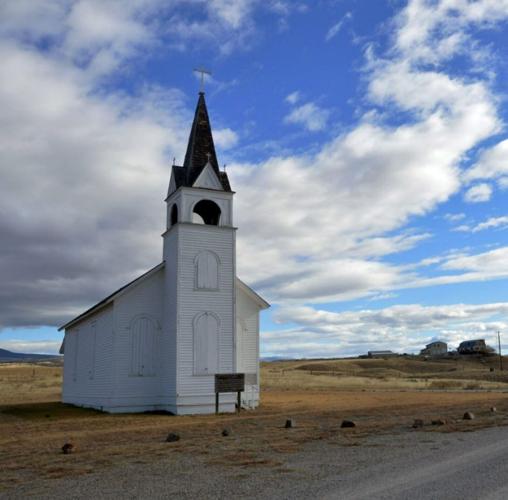 The church in Canton, Montana, was built in 1875 and moved to escape flood waters after the Missouri River was dammed and formed Canyon Ferry Lake. Photo courtesy of the Canton Church Restoration Foundation

The church in Canton, Montana, was built in 1875 and moved to escape flood waters after the Missouri River was dammed and formed Canyon Ferry Lake. Photo courtesy of the Canton Church Restoration Foundation

CANTON — There are 28 places in the United States called Canton. Most are named after Guangzhou, China, which was previously known in the west as Canton.

According to Canton historian Linda A. Casserly, that is the case for Canton in St. Lawrence County.

“There was a lot of trade with China at the time,” she said.

That appears to be the case with Canton, New York. and Canton, Montana.

Of all the Cantons in the United States, Montana’s might be the most unusual.

Canton, Montana, is at the bottom of a lake.

Canyon Ferry Lake was created in 1954 with the damming of the Missouri River in western Montana.

Before the valley was flooded, several homes and a historic church were moved out of the flood zone, according to Vic Sample, a board member of the Canton Church Restoration Foundation.

That church was built in 1875, and according to lore, was influenced by an influx of settlers from Canton, New York.

“The source on a lot of the Canton stuff is people’s memories being passed on over the years,” Mr. Sample said.

The church was only the seventh church built in Montana and was not built by a particular denomination. It was instead built as a community center that would house traveling ministers when they came to town.

Canton was a secondary product of the Montana gold boom of 1862, Mr. Sample said.

“Most of the people that eventually settled in the town of Canton came from either Virginia City, Helena, Montana or Diamond City,” Mr. Sample said.

Most went on to chase the next gold boom, but a fair number stayed and those who stayed moved down into the Missouri Valley, Mr. Sample said.

Enough of them were from Canton, New York, that they influenced not just the name of the town but also the style of the church they eventually built.

A passage on the Canton Church Restoration Foundation’s website explains:

“The style, rarely found in Montana, reflects the roots of many local settlers who hailed from Canton, New York, and elsewhere back east. Arched windows with decorative moldings and a fan light over the original four-panel entry doors (now enclosed in the vestibule) are elements of this style.”

The church in Canton, Montana, looks remarkably like the Bucks Bridge Community Church on County Route 14 in St. Lawrence County.

According to a document supplied by Sarah Darling Sheridan and written by Dwight Church, the church that stands now at Bucks Bridge was built around 1837.

The church was thoroughly repaired in 1877.

“It was made higher and more imposing by placing a new roof over the old one. A belfry was built and an addition put on,” Mr. Church’s document reads.

The Montana church was also updated after its original build, Mr. Sample said, which included the addition of a belfry.

The church in Montana. eventually become a Catholic church and is now owned by the Diocese of Helena, Mr. Sample said.

The Canton Church Restoration Foundation holds a 99-year lease and uses the building for musical performances and history presentations during the summer. The church is as it was when it was moved and has no plumbing or electricity, Mr. Sample said.