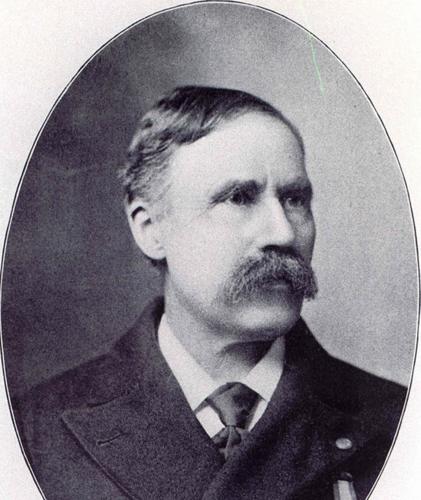 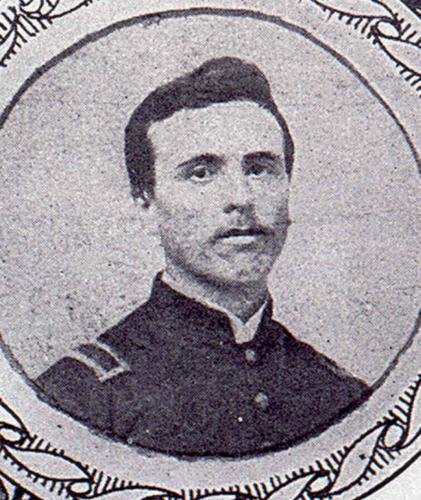 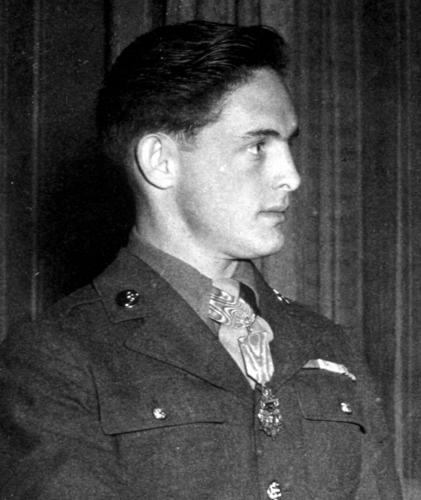 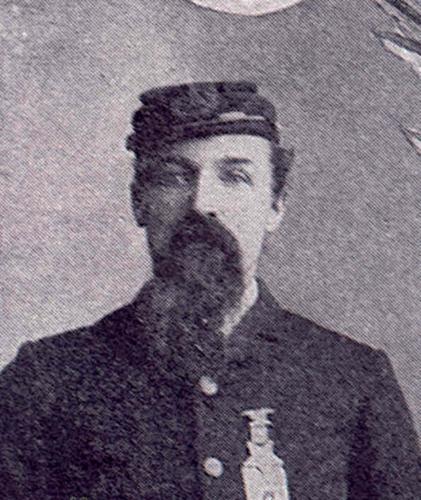 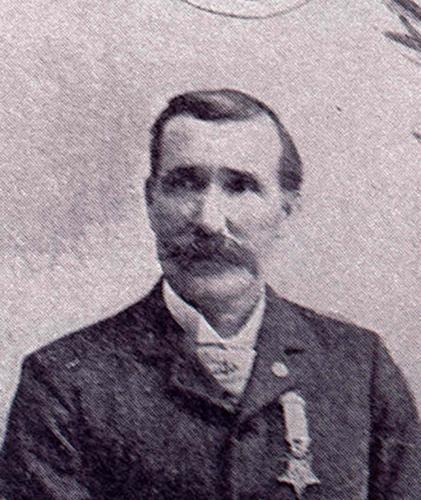 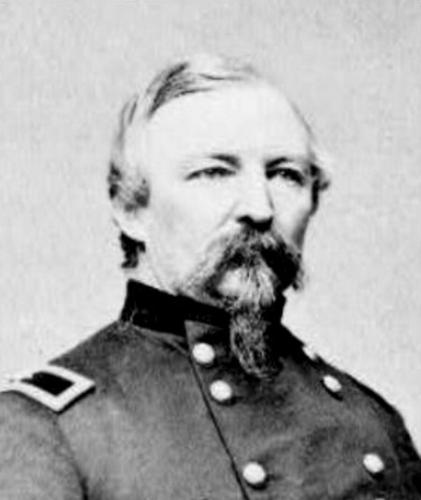 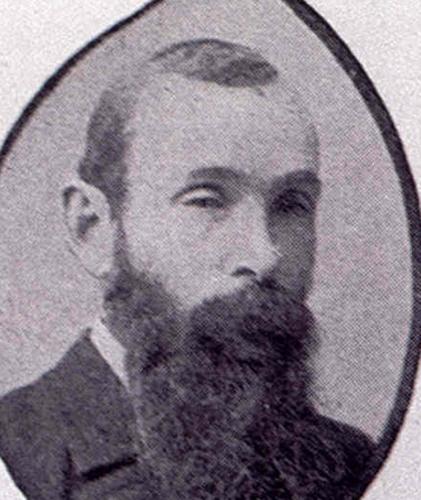 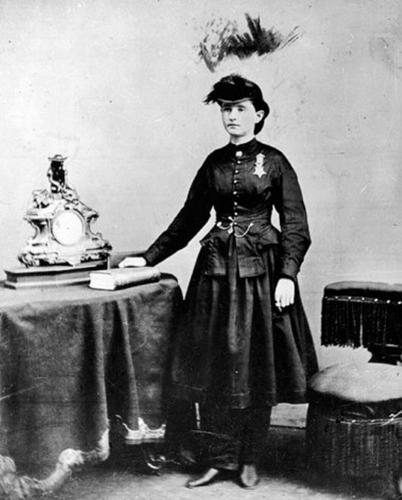 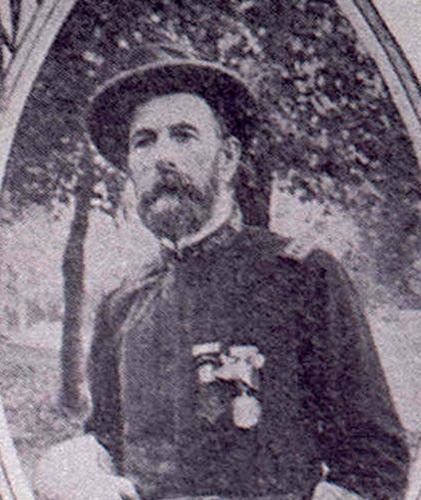 OSWEGO COUNTY - Memorial Day is upon us once again, giving us time to think about and honor all of those men and women who have given their lives in service to the United States.

Some of these people have been awarded the highest military honor of them all – the Medal of Honor. Fifteen people with ties to Oswego County have received the Medal of Honor, folks going back to service in the Indian Campaigns to the Civil War to World War II.

Of course, one of the most famous Medal of Honor recipients is from Oswego County. Dr. Mary Edwards Walker, born and raised in the town of Oswego, is the only woman to receive the prestigious honor.

Walker served the U.S. during the Civil War and is credited for working as a field surgeon near the Union front lines. According to the Congressional Medal of Honor Society website, she was honored with the medal by President Andrew Johnson Nov. 11, 1865 for her work as a contract surgeon and “devoted herself with much patriotic zeal to the sick and wounded soldiers, both in the field and hospitals and, to the detriment of her own health, and has also endured hardships as a prisoner of war fourth months in a Southern prison.”

But while Walker is the only woman to receive the Medal of Honor, she also is one who had her honor taken away.

The Medal of Honor Society writes that her medal was rescinded following the 1916-1917 review of Army Medal of Honor awards “as she was a civilian at the time of her valor.” Her medal was restored to her by President Jimmy Carter in 1977. She was born in Oswego Nov. 26, 1832 and died in Oswego Feb. 21, 1919. She is buried in the Oswego Rural Cemetery.

Here are others with ties to Oswego County who have received the Medal of Honor:

• Harry Chapman Adriance, born Oct. 27, 1864 in Oswego. He entered service in Massachusetts and was a corporal in the Marine Corps and served during the China Relief Expedition (Boxer Rebellion). He received his Medal of Honor for meritorious conduct presence of the enemy during the battle near Tientsin, China, July 13, 1900.

• Neil Bancroft, born 1846 in Oswego, was a private in the Army during the Indian campaigns. He entered the service in Illinois and served with Company A. 7th U.S. Cavalry at Little Big Horn in Montana. He received his medal for bringing “water for the wounded under a most galling fire” on June 25, 1876.

“On the morning of D-day, Barrett, landing in the face of extremely heavy enemy fire, was forced to wade ashore through neck-deep water. Disregarding the personal danger, he returned to the surf again and again to assist his floundering comrades and save them from drowning. Refusing to remain pinned down by the intense barrage of small-arms and mortar fire poured at the landing points, Barrett, working with fierce determination, saved many lives by carrying casualties to an evacuation boat lying offshore. In addition to his assigned mission as guide, he carried dispatches the length of the fire-swept beach; he assisted the wounded; he calmed the shocked; he arose as a leader in the stress of the occasion. His coolness and his dauntless daring courage while constantly risking his life during a period of many hours had an inestimable effect on his comrades and is in keeping with the highest traditions of the U.S. Army.”

• Allen and James Thompson, brothers from Sandy Creek, were privates in the 4th New York Heavy Artillery Regiment in the Civil War. During the Appomattox Campaign of March and April 1865 in Virginia, the regiment served as infantry rather than artillery. On April 2, their brigade was pursuing Confederate forces outside of Petersburg, when it came across what seemed to be deserted Confederate fortifications. The Thompson brothers and five others volunteered to check it out. As they advanced through the forest, the group was ambushed by about 50 Confederate soldiers. Ordered to lay down their guns and surrender, the Thompsons and the others instead chose to fire, even though they were less than 100 feet from the larger enemy force. The Thompson brothers survived the skirmish.

• Cornelius Minor Hadley, born in Sandy Creek April 27, 1838, was a sergeant in the Army’s Company F 9th Michigan Cavalry during the Civil War. He was cited for voluntarily carrying through the enemy’s lines “important dispatches from Gen. U.S. Grant to Gen. Ambrose Burnside, then besieged within Knoxville.” His citation also says he and the man he was working with brought back replies, even while his comrade’s horse was killed and his companion taken prisoner. Most of this action took place Nov. 20, 1863.

• John Porter Hatch, born Jan. 9, 1822 in Oswego, was a brigadier general in the 1st Division of the U.S. Army and received his medal for service on Sept. 14, 1862 in South Mountain, Md. His citation reads he was “severely wounded while leading one of his brigades in the attack under a heavy fire from the enemy.”

• Henry E. Plant, a corporal in the Army during the Civil War, was born Oct. 11, 1841 in Oswego County. He served with Company F of the 14th Michigan Infantry and was honored rushing “into the midst of the enemy and rescuing the colors (the company flags), the color bearer having fallen mortally wounded.” This happened March 19, 1865 in Bentonville, N.C.

• Clifford Thomson, a lieutenant in the Army’s Company A 1st New York Cavalry, was born April 15, 1834 in Fulton. He received his medal for volunteering “to ascertain the character of approaching troops; rode up so close as to distinguish the features of the enemy, and as he wheeled to return they opened fire with musketry, the Union troops returning same. Under a terrific fire from both sides, Lt. Thompson rode back unhurt to the Federal lines, averting a disaster to the Army by his heroic act.” This happened May 2, 1863 at Chancellorsville, Va.

• LeRoy Williams, a sergeant in the Army, was born in Oswego Aug. 18, 1845. He was part of Company G, 8th New York Heavy Artillery and was at Cold Harbor, Va. On June 3, 1864 when he “voluntarily exposed himself to the fire of the enemy’s sharpshooters and located the body of his colonel who had been killed close to the enemy’s lines. Under cover of darkness, with four companions, he recovered the body and brought it within the Union lines, having approached within a few feet of the Confederate pickets.”

• James Lee was a seaman in the Navy during the Civil War. He was born in New York state (the Medal of Honor Society does not specify where), but he died in Oswego on Aug. 9, 1877 and is buried in the Oswego Rural Cemetery. He was honored for action June 19, 1864 off Cherbourg, France, in which he “served as seaman on board the U.S.S. Kearsarge when she destroyed the Alabama off Cherbourg, France. Acting as sponger of the No. 1 gun, during this bitter engagement, Lee exhibited marked coolness and good conduct and was highly recommended for his gallantry under fire by the divisional officer.

• Stephen Edwin Chandler, entered the Army at Granby, Oswego County and was in Company A, 24th New York Cavalry. On April 5, 1865, at Amelia Springs, Va., “under severe fire of the enemy and of the troops in retreat, Chandler went between the lines to the assistance of a wounded and helpless comrade, and rescued him from death or capture.” He was born in Calhoun County, Mich.

• James Coey, a major in the Army, was born in New York City but entered the service in Oswego County. He was a member of the 147th New York Infantry and received his medal for action on Feb. 6, 1865 at Hatcher’s Run, Va., during which he “seized the regimental colors at a critical moment and by a prompt advance on the enemy caused the entire brigade to follow him; and, after himself being severely wounded, he caused himself to be lifted into the saddle and a second time rallied the line in an attempt to check the enemy.”

• John Tribe, a private in Company G 5th New York Cavalry during the Civil War, entered the service in Oswego and was born in Tioga County in the southern tier. He was presented his medal for voluntarily assisting “in the burning and destruction of the (Waterloo) bridge under heavy fire from the enemy” on Aug. 25, 1862.

An act of Congress established the Medal of Honor, and President Abraham Lincoln signed the act into law in December 1861. Many recipients of the medal are from the Civil War, because valor was not a requirement and this was the only military medal the U.S. had at the time, said Congressional Medal of Honor Society spokeswoman Kathleen Blomquist.