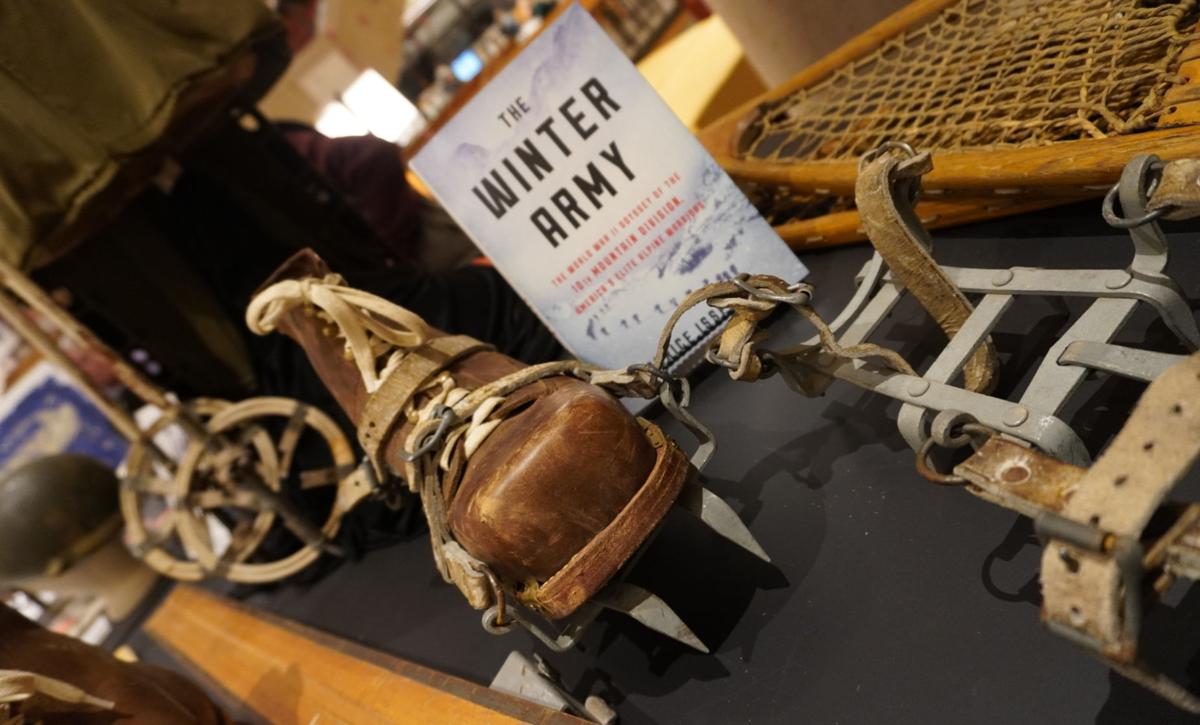 Skis and boots warn by a 10th Mountain Division soldier are part of an exhibit at Hamilton College in Clinton, Madison County. The exhibit honors the late faculty member and division veteran Donald Potter and recognizes the release of the book, “The Winter Army” by Maurice Isserman, a history professor at the college. Alex Medina

Hats worn by 10th Mountain Division soldiers with a copies of Life magazine that featured stories about the beginnings of the division are displayed at an exhibit at Hamilton College. Alex Medina 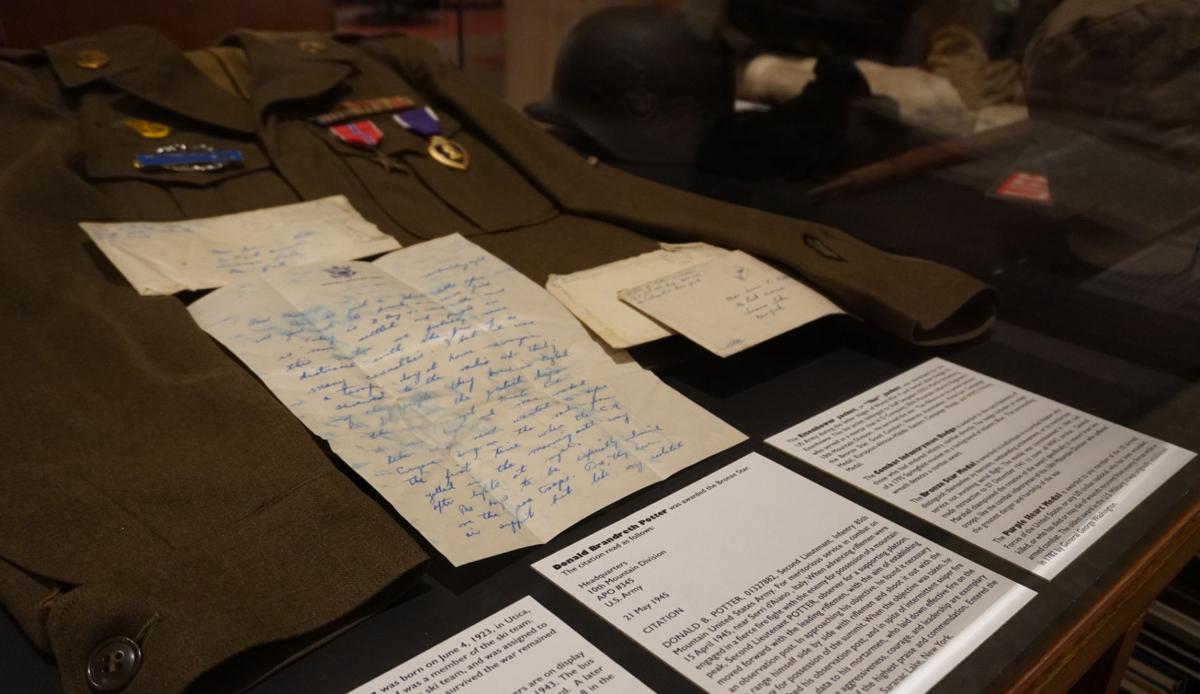 A uniform worn by Donald Potter, who grew up in Tupper Lake, along with a letter he wrote home are displayed at an exhibit at Hamilton College, where he taught for several years. Alex Medina 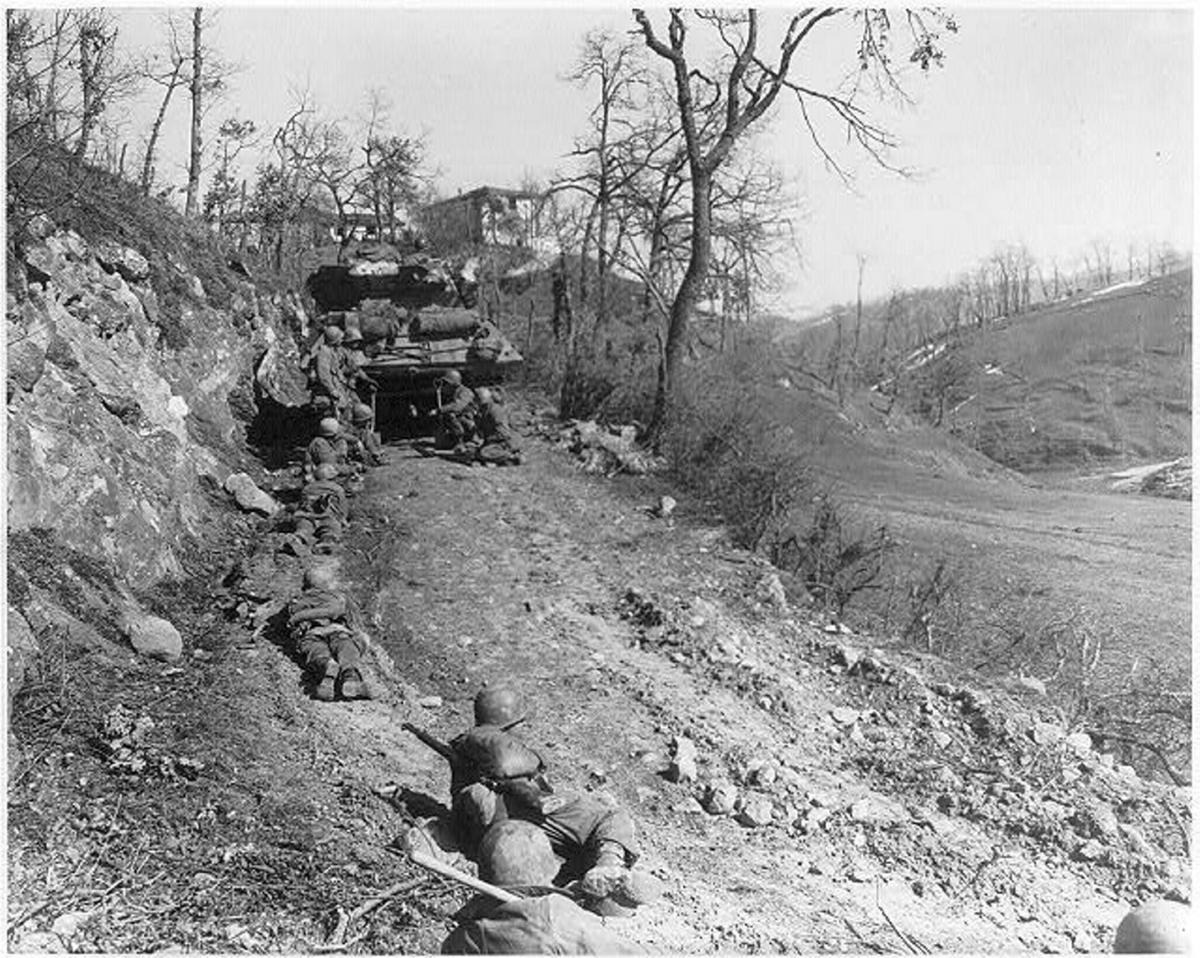 In this March of 1945 photo, engineers of the 10th Mountain Division take up formation at the rear of a tank destroyer which offers them some protection from sniper fire up the road, during its assault by the 10th in the Castel d’Aiano area in Italy. Library of Congress 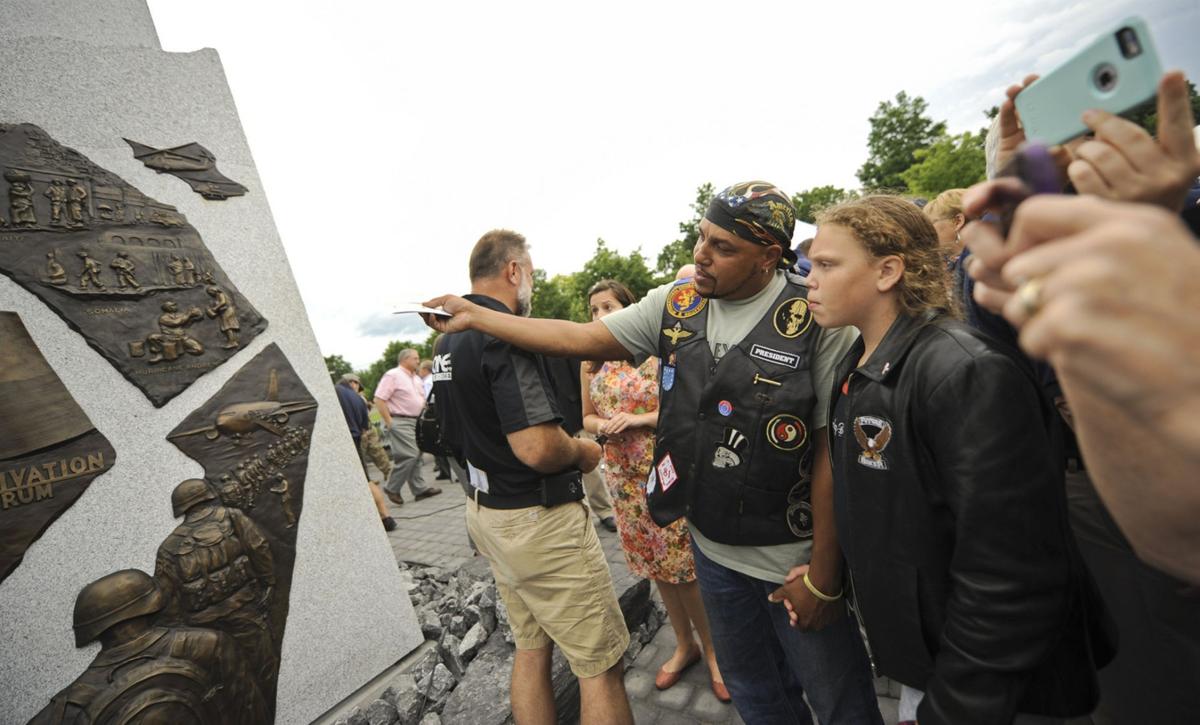 A scene from the 2016 dedication of the North Country Honors the Mountain Monument at Thompson Park, Watertown. The monument honors the 10th Mountain Division. Watertown Daily Times 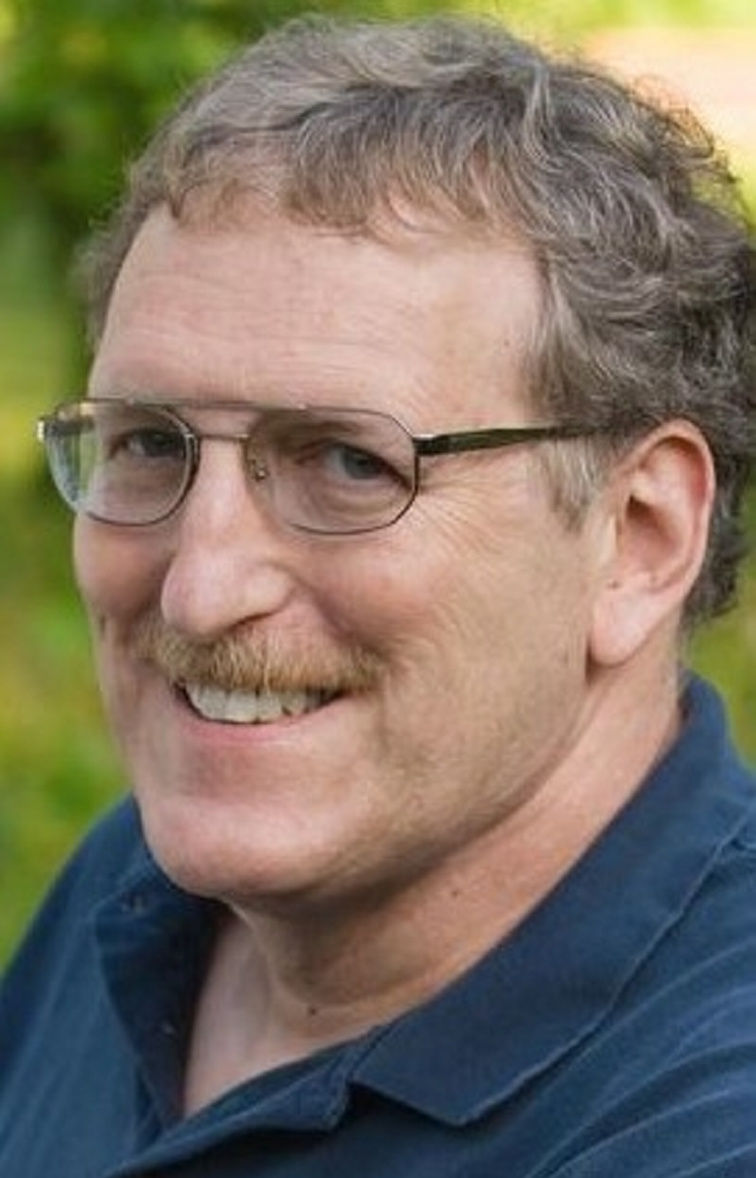 Maurice Isserman is particularly known for his books on mountains and the people who climb them. So it was a natural step for the longtime history professor at Hamilton College in Clinton to eventually turn his attention to the 10th Mountain Division.

On Nov. 5, Houghton Mifflin Harcourt released Mr. Isserman’s “The Winter Army: The World War II Odyssey of the 10th Mountain Division, America’s Elite Alpine Warriors.” His book follows in the steps of other mountain-related books by the author: 2008’s “Fallen Giants: A History of Himalayan Mountaineering from the Age of Empire to the Age of Extremes,” with Stewart Weaver and 2016’s “Continental Divide: A History of American Mountaineering.”

Mr. Isserman, who will discuss his new book during a visit to Fort Drum on Dec. 13, is a prolific writer with subjects over the years ranging from the history of American communism to the upheaval of the 1960s.

The author, in a phone interview from Denver where he was on a book tour, said the 10th Mountain Division made a “sort of a cameo” appearance in “Fallen Giants” and “Continental Divide.” But what especially sparked him to write about the 10th Mountain Division was a colleague, Donald B. Potter, who grew up in Tupper Lake and was a graduate of Saranac Lake High School.

Mr. Potter taught in the geology department at Hamilton College from 1954 to 1988. According to a news release from the college, he was only 19 when he postponed his studies at Williams College, Williamstown, Mass., to enlist in the 10th Mountain Division. His journey, along with those of others in the 10th, plays a huge role in “The Winter Army.”

Mr. Potter died in 2015 at the age of 91. “When not spending time on skis or hunting and hiking in the Adirondacks, he could be seen cross-country skiing in Kirkland Town Park as recently as last fall,” his obituary read.

Mr. Isserman said Mr. Potter used to share stories of his time in the 10th Mountain Division, especially of his time away from combat, and after it stopped, his ski trips to the French Alps.

“That intrigued me and I started reading about the division and discovered a great resource at the Denver Public Library,” Mr. Isserman said.

Mr. Isserman made three trips to the museum to research the book, which draws largely from letters by soldiers to their families and friends back home. He also visited the 10th Mountain Division & Fort Drum Museum located on the base.

“The 10th Mountain Division came into existence because of a campaign waged by civilians,” Mr. Isserman said. “That’s never happened before.”

He explained that the division was the brainchild of Charles Minot Dole, a founding member (1938) of the National Ski Patrol. Prior to Pearl Harbor and America’s entry into World War II, Mr. Dole met with Army Chief of Staff George Marshall to lobby for the creation of an American answer to the German and Italian ski troops.

“He recognized the needs of the U.S. Army that was going into war,” Mr. Isserman said. “He came into this idea in the spring of 1940, a year and a half before Pearl Harbor. He finally persuaded the military to do this.”

The division formed in 1943. Its soldiers volunteered for the division. According to the 10th Mountain Division Info website, early recruits needed three letters of recommendation and some type of “outdoors” experience/knowledge. Fifteen-thousand men applied, but only 8,000 were accepted.

Mr. Isserman said that Mr. Dole had a saying: “It’s easier to make soldiers out of skiers than it is to make skiers out of soldiers.”

The division’s soldiers trained first at Fort Lewis and around Mount Rainier in Washington state, then at Camp Hale in the Colorado mountains, where they spent more than two years before the first units were sent overseas in late 1944.

“The 10th played the crucial role in the final breakthrough of German defenses in Italy, 75 years ago this coming February, in February, 1945,” Mr. Isserman said. “The Germans had successive defensive lines all the way up the Italian boot.”

In one of its greatest battles, on the night of Feb. 18, 1945, soldiers of the 86th Regiment scaled the imposing cliffs of Riva Ridge, a series of peaks overlooking a German base atop Monte Belvedere in Italy’s northern Apennine mountains. After overrunning the key observation posts protecting Belvedere, the division was able to begin a grueling, bloody march northward, forcing the Germans to steadily retreat.

“They never failed to take an objective they were given and they were never driven back,” Mr. Isserman said.

The division was deactivated in 1945. But the 10th Mountain Division (light infantry) was reactivated at Fort Drum in 1985. It was the first Army division of any kind formed since 1975 and the first based in the Northeast since World War II.

“Because of their specialized training, the current 10th is the most deployed unit in the U.S. Army,” Mr. Isserman said. “That’s because, where is the army fighting? In places of rough mountainous terrain, often very cold and wintry conditions.”

Mr. Isserman said there are two main areas in the U.S. where the 10th Mountain Division is well known: Colorado and the Northeast. When people think of heroic divisions from World War II, he said the storied 101st Airborne Division, would likely first come to mind.

“The 10th has never gotten that kind of attention,” Mr. Isserman said. “I don’t know why because it’s a great story. Hollywood, wake up. What I hope is — and not just from my work alone because there’s been a number of good books and documentaries about the 10th — people in other parts of the country will also remember the 10th’s World War II contributions and continuing contributions.”