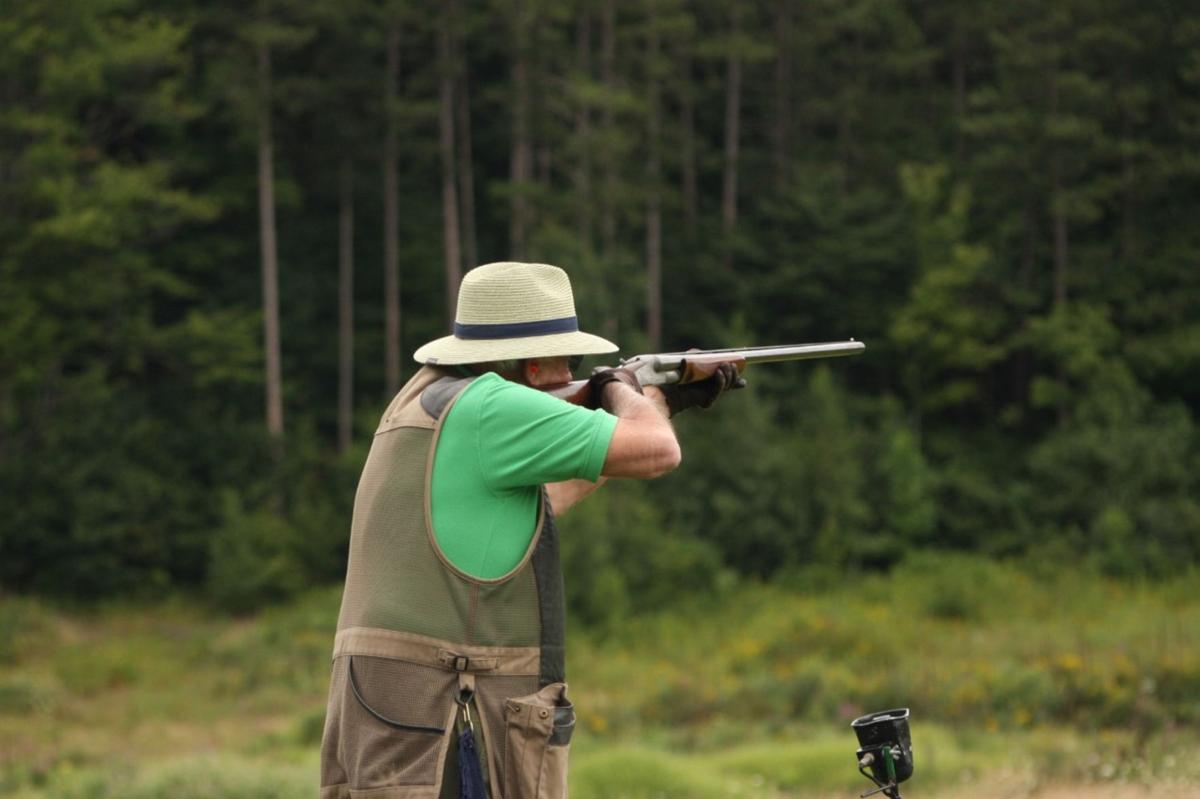 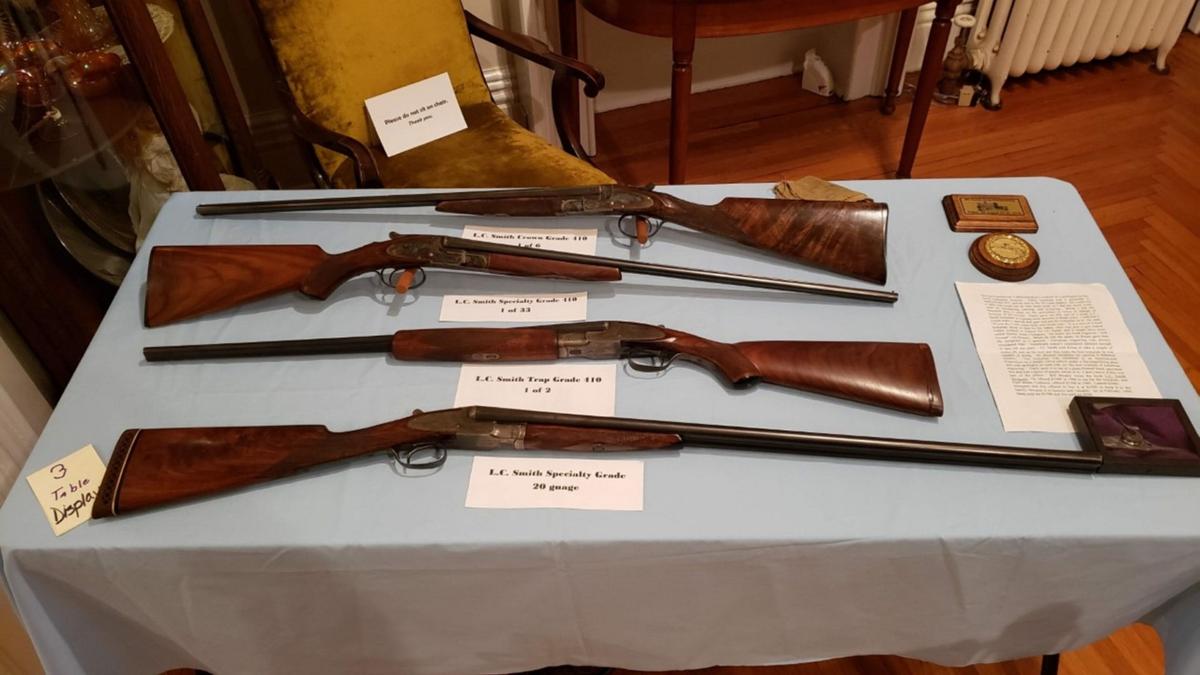 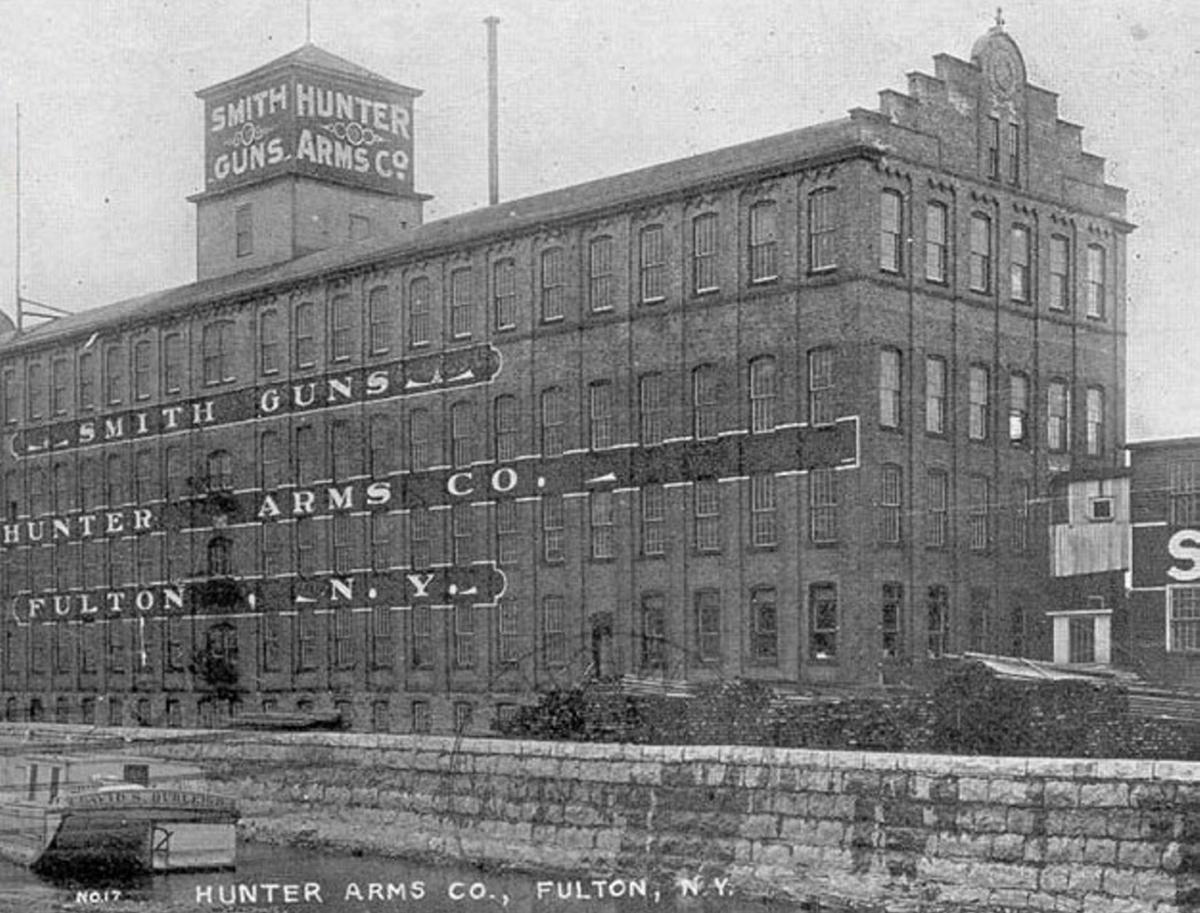 FULTON - Appreciation for the craftsmanship of guns made in Fulton in the first half of the 20th century has triggered a special annual event that was celebrated again this year at the 9th Hunter Arms Homecoming held Aug. 23-24 at the Pathfinder Fish and Game Club.

Fair skies and comfortable temperatures prevailed both days, providing favorable shooting conditions at the Pathfinder Fish and Game Club. L.C. Smith Collectors Association members were joined by a few local shooters to use L.C. Smith/Fulton guns at the event.

Hunter Arms operated a factory in Fulton from 1889-1949, making the L.C. Smith guns. The annual Hunter Arms Weekend is put on by the Friends of Fulton History to bring together lovers of the Smith guns for a few days of camaraderie, shooting and history.

All were welcomed to the fish and game club to enjoy the sport of breaking clay targets. Contestants proudly shouldered their “Sweet Elsie” side by side or single barrel guns to “bust” the clay birds at the club’s various ranges. As members gathered to greet one another, friendships were renewed and new ones were formed.

This became apparent as conversations and bursts of laughter could be heard whenever a group of two or more gathered. Often words of encouragement were given to fellow shooters or sometimes a friendly ribbing was shared within the shooting contingent.

Most importantly, good sportsmanship was abundantly shown regardless of the number of birds that were broken by their beloved L.C. Smiths.

Four competitions consisting of trap, skeet, 5-stand and sporting clays were offered to test shooting skills. Shooters had their choice of shooting in one, two, three or all four of competitions.

Each consisted of a round of 50 birds. Some participants shot for fun while others participated in a friendly competition. The top three places in each competition and High Gun received an award.

The Pratt House Museum was open to the public to admire the displays that showcase the quality workmanship of L.C. Smith/Fulton guns. It also provided an opportunity for everyone to learn about the history of the Hunter family, the factory and its employees.

The Hunter Gallery at the Pratt House, located on the second floor, is full of related Hunter memorabilia. It includes L.C. Smith guns, a Hunter bicycle, Hunter fans and much more. Other displays of Fulton history are featured in different rooms and were open to visit throughout the weekend.

The weekend concluded with an awards banquet at the Tavern on the Lock Restaurant, which is only a few hundred feet south of where the Hunter Factory once stood. Special guests this year were Jim and Terry Hunter and Barbra Wadsworth, descendants of the Hunter Brothers.

After a cocktail hour and buffet dinner, Frank Finch gave an update on L.C. Smith Collectors Association happenings. The Fulton mayor’s representative gave a short speech and read the proclamation proclaiming this the Hunter Arms Homecoming Weekend. Awards for the shooting events and displays were distributed. All shooters as well as displayers received a gift for their participation.

Two raffles were drawn, one for a flat of shells from RST and the other a wooden shell box that had a hand painted cover by Janet Weldin.