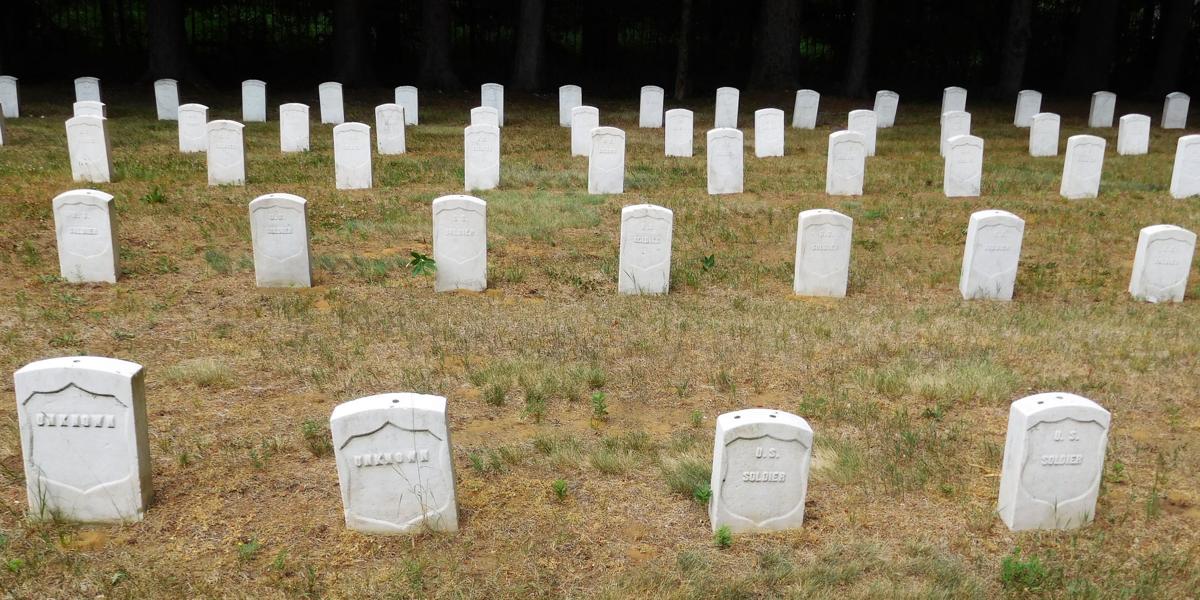 Grave markers in the old section of Military Cemetery in Sackets Harbor. These markers, along with bodies, were moved from the Barracks Cemetery in 1909. Chris Brock/Watertown Daily Times 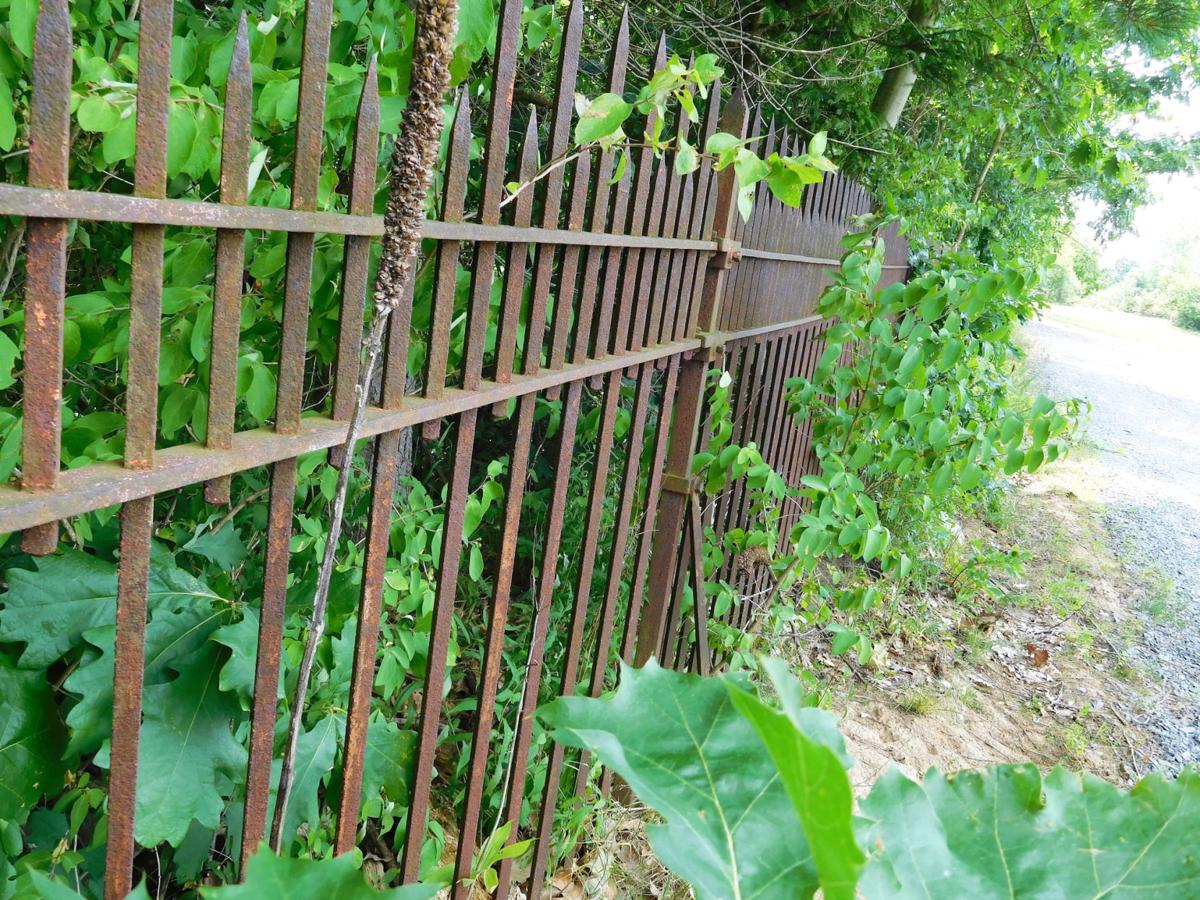 The fence at Military Cemetery in Sackets Harbor has a background of tall tales and lore. Chris Brock/Watertown Daily Times

Grave markers in the old section of Military Cemetery in Sackets Harbor. These markers, along with bodies, were moved from the Barracks Cemetery in 1909. Chris Brock/Watertown Daily Times

The fence at Military Cemetery in Sackets Harbor has a background of tall tales and lore. Chris Brock/Watertown Daily Times

SACKETS HARBOR — When the children and grandchildren of Norman D. and Violet M. Helbock get together in summers, a visit to Lakeside Cemetery …

A “military cemetery” is usually a national parcel managed by the federal government. The National Cemetery Administration has the primary responsibility for verifying eligibility for burial in VA national cemeteries. The village oversees the military cemetery in Sackets Harbor.

Military cemeteries were first developed in the United States during the Civil War. Due to mounting war casualties, in July of 1862, Congress empowered President Abraham Lincoln, “to purchase cemetery grounds and cause them to be securely enclosed, to be used as a national cemetery for the soldiers who shall die in the service of the country.”

The Sackets Harbor Military Cemetery was established in 1948 when the village took over its supervision and maintenance from the War Assets Administration after Madison Barracks closed in 1947, with operations moving to Camp Drum, which later became Fort Drum. Madison Barracks is now a residential and business community.

The cemetery’s transfer was inspired by the village after the federal government announced in 1946 it would close the cemetery along with the barracks and remove the bodies elsewhere to a consolidated district national cemetery at Elmira. Local uproar canceled that proposal.

“The heroes buried there are of the soil of Jefferson,” David F. Lane, Watertown, wrote in a letter to the editor to the Watertown Daily Times in June of 1946.

“There is no more hallowed spot in Northern New York,” a Times editorial said.

That move to Woodlawn National Cemetery in Elmira would have been the second move for many of the bodies at Military Cemetery, and the fourth for one famous veteran — that of Brigadier Gen. Zebulon M. Pike, killed at York, Upper Canada, the predecessor of modern-day Ontario, in April of 1813. Gen. Pike was also an explorer, and Pike’s Peak in Colorado was named after him.

“When he was killed at York, they brought him back, supposedly in a barrel of spirits,” said Constance Barone, manager of the Sackets Harbor Battlefield State Historic Site. “That was not uncommon.”

According to research by Mrs. Barone, Gen. Pike’s body was first believed to have been buried at Fort Tompkins, adjacent to the shipyard in Sackets Harbor and then across the harbor at the barracks cemetery. In 1909, approximately 300 bodies were exhumed from Barracks Cemetery to be moved to the current Military Cemetery off Spencer Drive.

The barracks cemetery, along with the post, was established after the War of 1812 by the Army, which began exhuming officers’ bodies from around the state for burial at the site.

The bodies were moved in 1909, Mrs. Barone said, to make way for a water tower. It took a hired crew of local men seven months.

“Goodness know why they chose the location of where the cemetery was located,” Mrs. Barone said.

The work to move the bodies — “the bones of the dead soldiers of many wars,” the Watertown Daily Times reported — began in the fall of 1909. About 50 bodies were of the “unknown dead.” Members of soldiers’ families, some also “unknown,” are also interred in the cemetery.

On Nov. 19, 1909, the Times reported, “Much sorrow is expressed by the people of Sackets Harbor and vicinity that the government deemed it necessary to remove the cemetery, which is one of the old landmarks in the military village. Many of the bodies have been there over 100 years and every regiment that has been stationed there has left some of their number.”

Along with Gen. Pike’s body, his stone monument and cannon marker were also moved to Military Cemetery. His monument also notes the cemetery is the resting place of four of his staff officers.

Even though the village took over the cemetery in 1948, the federal act that transferred it prohibited any future burials. That policy was changed in 1953.

On Memorial Day 1948, a Times staff writer paid a visit to the cemetery, which the village had recently taken over. A detachment of Army engineers from Pine Camp had recently paid a visit “to put the old cemetery into excellent condition.”

“Floral pieces were placed at a number of graves and the natural beauty of the cemetery was enhanced by the blooming spirea, lilacs and apple trees,” the Times reported.

A wrought iron fence, about 6 feet tall, surrounds the Military Cemetery with many stories about its background. Mrs. Barone has researched its origins over the years. According to a couple items of local lore, the fence once enclosed St. Paul’s Cathedral in London and later the White House when it was presented to James Madison, the fourth president of the U.S. The fence later found its way to LaFayette Park in Washington, D.C., legend goes, before James Monroe gave it to Madison Barracks in honor of Gen. Pike.

There are also tales of the fence originating at Buckingham Palace, the home of the monarchy in Westminster, England, and Gettysburg National Military Park. But Mrs. Barone said the fence likely came from Franklin Square Park in Washington, D.C. That fence was removed in 1888 or 1889, according to Mrs. Barone’s research, and given to the Army’s quartermaster for possible use at a national cemetery. It may have been bound for Gettysburg, but most, if not all of the fence found its way to Sackets Harbor.

“I’m pretty happy with that one, based on everything else we’re looking at,” Mrs. Barone said of her research.