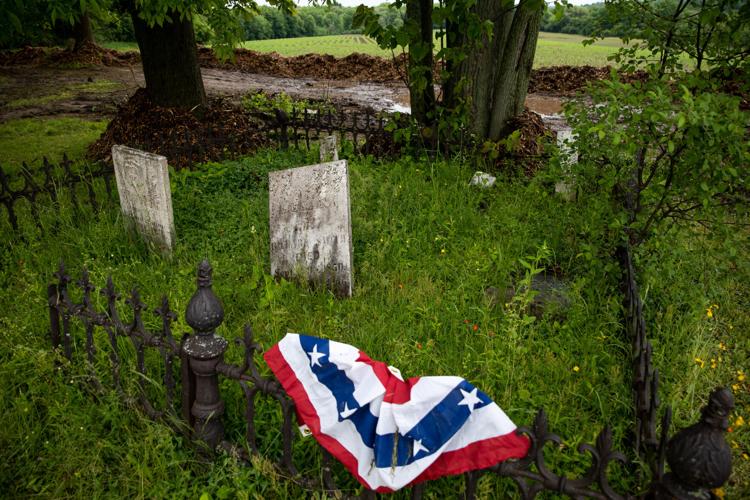 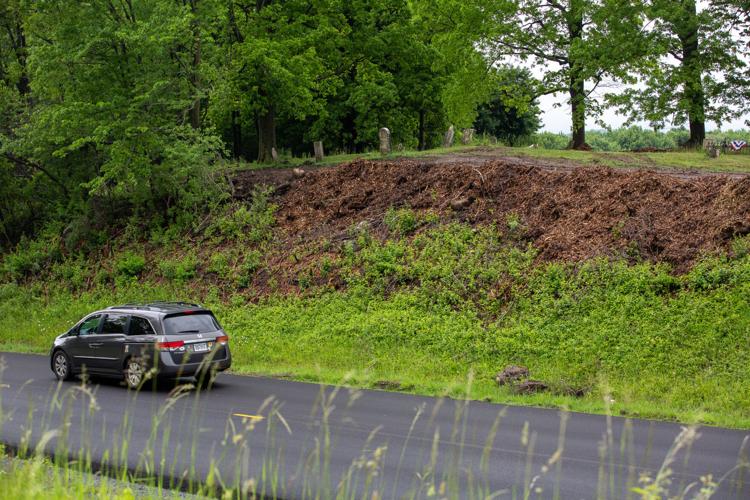 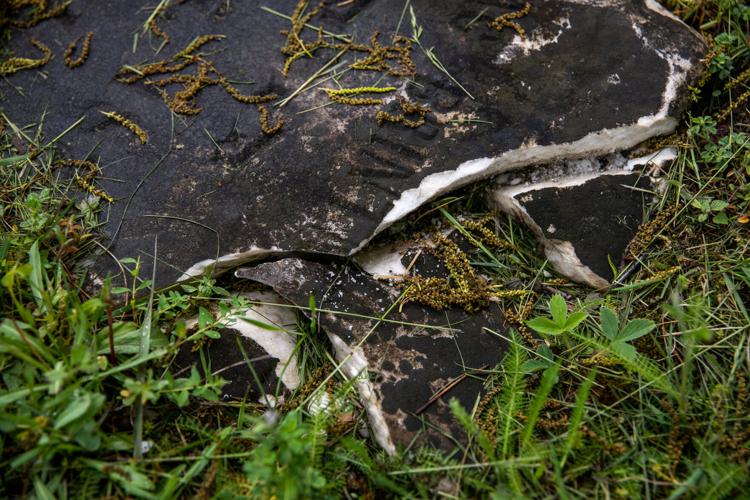 A broken headstone at Fields Settlement Cemetery in the town of Hounsfield. Kara Dry/Watertown Daily Times

A broken headstone at Fields Settlement Cemetery in the town of Hounsfield. Kara Dry/Watertown Daily Times

HOUNSFIELD — Town officials talked for an hour with concerned residents about the damaged headstones that were found at Field Settlement Cemetery on Old Rome State Road.

Hounsfield Highway Superintendent Todd R. Farrington previously told the Times that he found the headstones after brush was cleared from the property this spring as part of a possible expansion project. He went on to say that he believes the damage was done decades ago.

Town Supervisor Beth Arthur said that the town has on record that there were “quite a few broken headstones” in 1999, and resident Kathleen Mereand said the damage in question wasn’t there in the 1980s.

Mrs. Mereand said she found out from a neighbor about the headstone damage and decided to go check it out for herself on Sunday night.

“I was shaking. I was really sad, it used to be a beautiful place,” she said.

Mrs. Mereand said that some of her husband’s ancestors are buried at the cemetery.

“The town is committed to improving our preliminary planning of work because of the historic area in which we serve,” Ms. Arthur said.

Ms. Arthur went on to say that what she wanted out of the public comment portion of the meeting is an understanding that the town will investigate what happened at the cemetery.

There was also discussion at Wednesday’s town meeting about finding a way to honor the people who are buried there because it will be difficult to confirm where each headstone was located in order to replace them.

Councilor Diane Nier brought up the idea of putting a fence around the cemetery and adding a plaque with everyone who is buried there. She said this would commemorate the original settlers.

Ms. Arthur said that she thought some good ideas were brought forward.

“In addition to the newly formed cemetery committee in the town, we encourage public participation in the preservation of the graves and markers and enhancing the beautification of the cemetery itself,” she said.

As for Mrs. Mereand, she said that she doesn’t think there is a solution for the cemetery.

“There’s no going back and undoing,” she said. She also said that going into the meeting she wanted the board to admit that something has happened.

“Yes, we have to admit this happened, yes, something horrible has happened,” Ms. Arthur said. “How and when and where, I can’t answer that.”

Mrs. Mereand said she “just basically wanted it to be recognized,” to which Ms. Arthur replied that it is being recognized.

There will be a cemetery committee meeting next week to further discuss next steps.

Ms. Arthur said last week that the town has been talking about looking into grants for the cemetery and to fund restoration of the damages it has sustained.