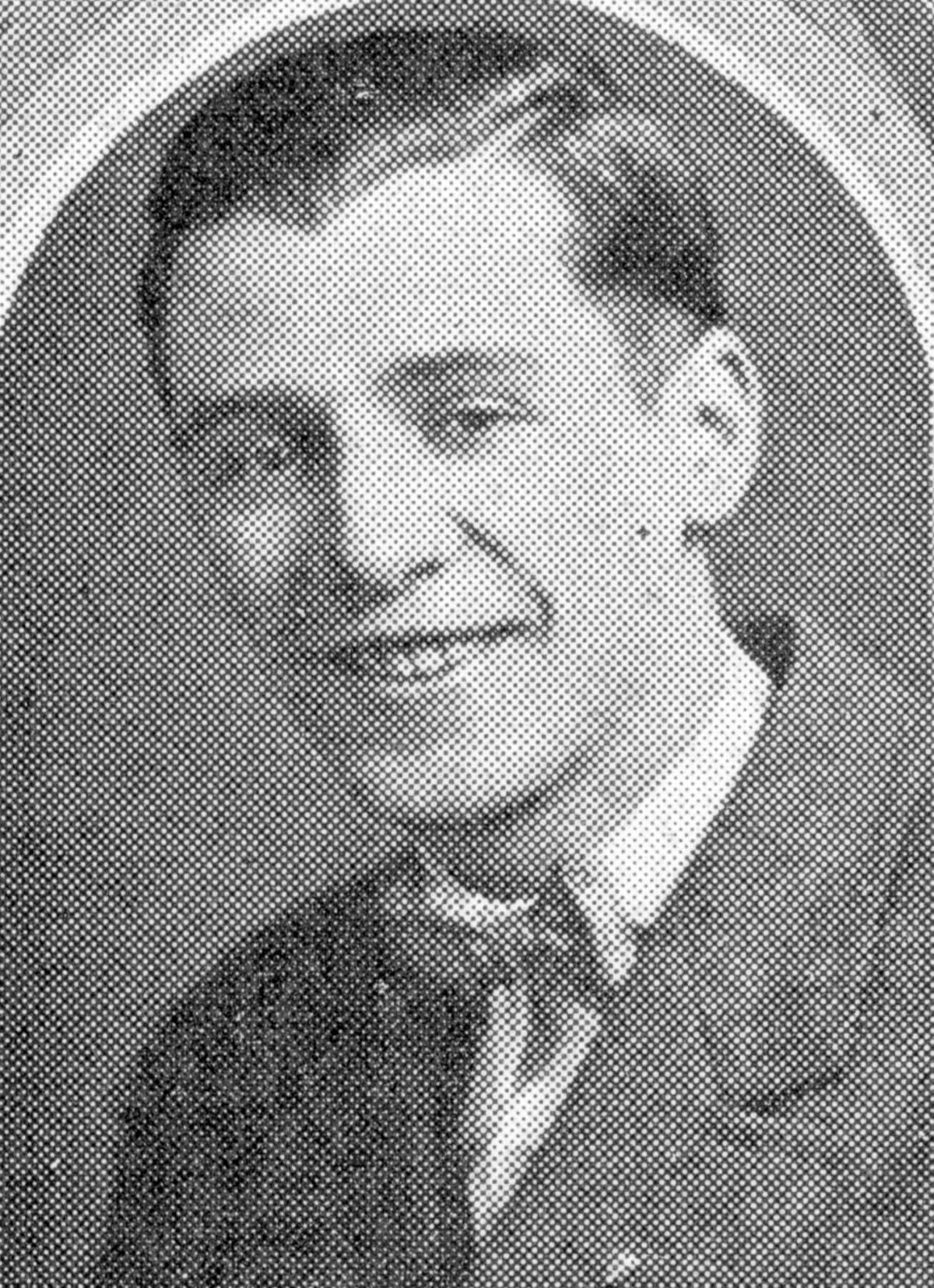 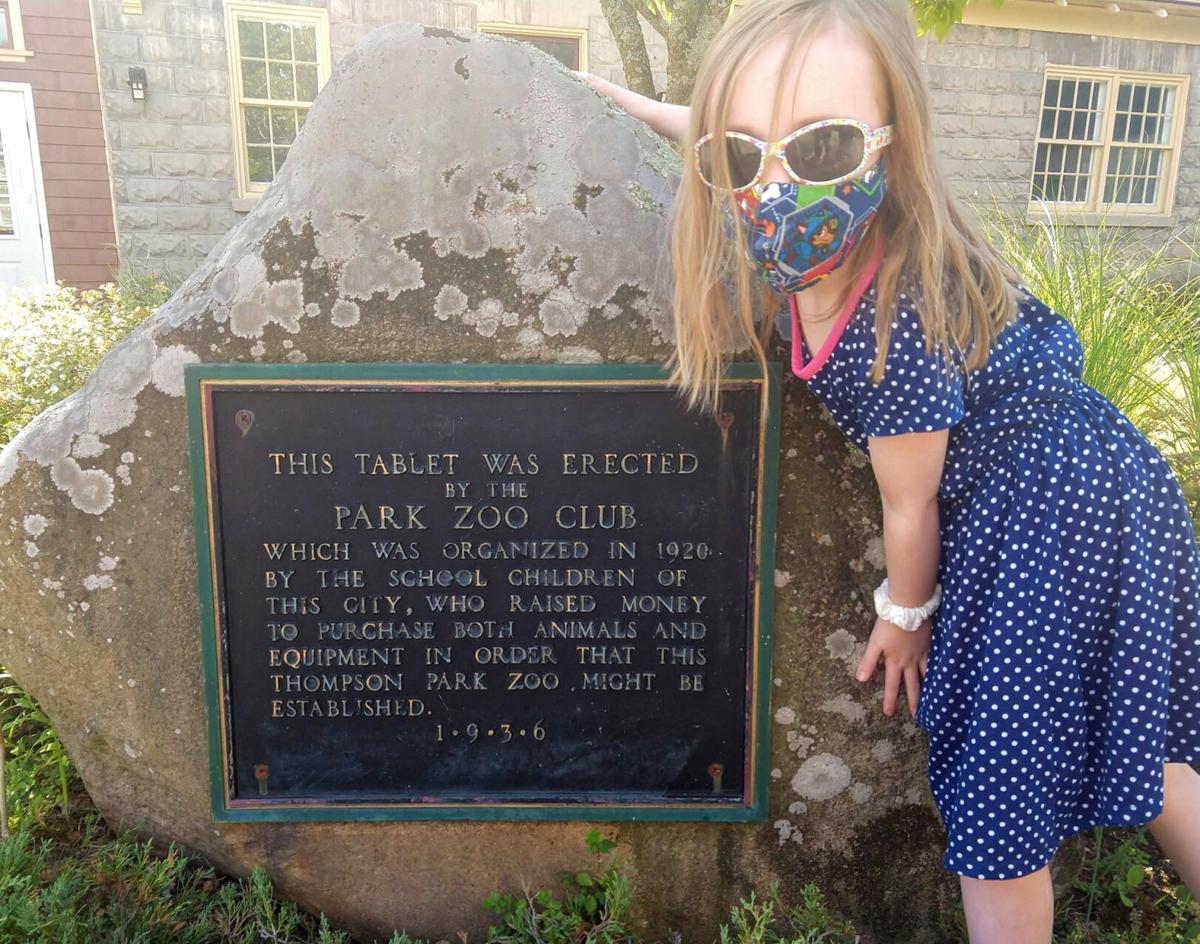 The author’s daughter Margaret, 5, poses in front of a plaque dedicated to the Park Zoo Club children in 1936. Kelly Burdick/Watertown Daily Times

The author’s daughter Margaret, 5, poses in front of a plaque dedicated to the Park Zoo Club children in 1936. Kelly Burdick/Watertown Daily Times

I took my children to the Thompson Park Zoo, recently renamed Zoo New York last week. It’s a charming little zoo with a catch: all of its animals are native to New York State. It’s fitting, then, that the zoo’s origin story is equally charming.

One hundred years ago, the local Rotary Club started talking seriously about an idea that had been kicking around for awhile — building a zoo in the new “city park.” City government officials and the public at large met the idea with enthusiasm.

Not surprisingly, local kids were probably most excited. From the Times on April 22, 1920, “With the warming up of the weather the children in the southern section of the city who are raising money to buy an animal for the proposed zoo in the city park are planning to increase their funds through lemonade and candy stands. Rollin J. Fairbanks and his sister Natalie, Robert Common and Buel Warner are the children who have taken the lead in the movement. ...”

But this didn’t turn out to be a one-time lemonade stand some kids set up on the weekend when they were bored. This turned into an eight-plus year endeavor, for Rollin Fairbanks in particular.

Rollin was 10 years old in 1920 when he decided to raise money for the city’s as-yet established zoo. Growing up on Woodruff Street, he was an animal lover, having pet guinea pigs and an alligator. Yes, an alligator.

As he later recalled, Rollin felt that Watertown needed a place where people could view wild animals native to Northern New York. “As a boy, I had been brought up to be very much interested in animals and wildlife. My father was a naturalist and together we had hunted and trapped,” he told the Times in a 1972 interview.

The first official fund raising effort was a circus that netted the children $3.50.

Even then, Rollin and his friends, who established the Park Zoo Club, were so unsure that a zoo would actually happen that they didn’t think about what kind of animal they were saving up to buy. They thought maybe a fox.

By that July, they had $40 in their account at Jefferson County Savings Bank and the Times advised them to start really thinking about what animal they wanted to purchase.

During this early fundraising, the group was concerned that someone with more money might swoop in and take the honor of buying the zoo’s first animal. That didn’t quite happen, but someone did donate the animal that would become the zoo’s first resident.

A 3-month-old black bear cub was presented to the new zoo by E.W. Ellsworth, president of the Ellsworth Pulpwood company, and “prominent paper man of northern New York.” “Bucko” arrived from Quebec in August 1920 and that set off a series of animal donations to the zoo from all over Northern New York and beyond.

A Breen Avenue woman read about Bucko in the paper and donated two singing canaries. Four separate Jefferson County residents offered owls they had trapped. There were offers of a black ram, a condor, a rattlesnake from a Los Angeles man visiting his mother in Watertown.

Community support for the zoo was booming, and members of the Park Zoo Club didn’t seem defeated. Although they didn’t have the distinction of purchasing the first animal for the zoo, they made up for it over the next few years.

Animals they bought included two coyote cubs, an ocelot, an armadillo, a bull moose, and more bear cubs. They purchased other things the zoo needed, too, like fencing for the deer and a uniform hat for the zookeeper in 1923.

Rollin was a hands-on fundraiser. Not only did he keep several of the newly purchased animals in his home until cages could be built at the zoo, he kept “a number of guinea pigs, two turtles, a pair of Belgian hares and an alligator” in his home over the winter of 1920-1921. His parents must have been pretty understanding.

(The monkey was kept in the city pump house that winter. Now that’s municipal support!)

And so the Park Zoo Club carried on this way for the next eight years. At its height, about 60 children from the city were members, with many stepping up into leadership roles over those years.

The club received national attention in some magazine articles, too. Rollin Fairbanks wrote articles for Park International, Nature, and American Childhood in 1921, 1927 and 1928, respectively.

In the articles, Rollin noted that while the club was focused on establishing and supporting a zoo at Thompson Park, by doing so they improved the park as a whole. He wrote of the 18-hole golf course and swimming pool built at the park in the 1920s. In the Park International article, Rollin described how the club came up with the idea for a playground at Thompson Park, an idea that is still enjoyed by children to this day.

As the members of the Park Zoo Club graduated from high school and left Watertown, the club faded out, but not before raising over $3,000 in its 8 years of existence.

Its legacy is etched on a 1936 plaque at the zoo, dedicated to the “school children of this city” who helped build the zoo from the ground up. My own children, one hundred years later, saw that plaque as we entered the zoo last week. The Park Zoo Club children’s legacy stands as a reminder to today’s kids that they can make a difference in their community.

As for Rollin, he went on to excel at Watertown High School, where he managed the football team, edited the “Owl” school magazine and graduated in 1927. He earned a bachelor’s degree from the University of Michigan and a Master of Divinity degree from the Episcopal Divinity School in Cambridge, Mass. He was an Episcopal minister, not only overseeing his various parishes in Michigan, but throughout his adult life he served as a lecturer at the Harvard Divinity School, chaplain at Massachusetts General Hospital in Boston, professor at the Episcopal Divinity School, board member of the Boston Child Welfare League and member of the American Association of Pastoral Counselors.

But when he died in Massachusetts in 1983 at the age of 74, the headline of his obituary in the Watertown Daily Times hailed his greatest local achievement: “Rev. Rollin J. Fairbanks Dies; Thompson Park Zoo Founder.”

Thank you for tis great article! What a wonderful beginning for the Zoo which as we head into our next 100 years is beginning a renaissance. Stay tuned in 2021 as we celebrate 100 years of delivering great times and education experiences.