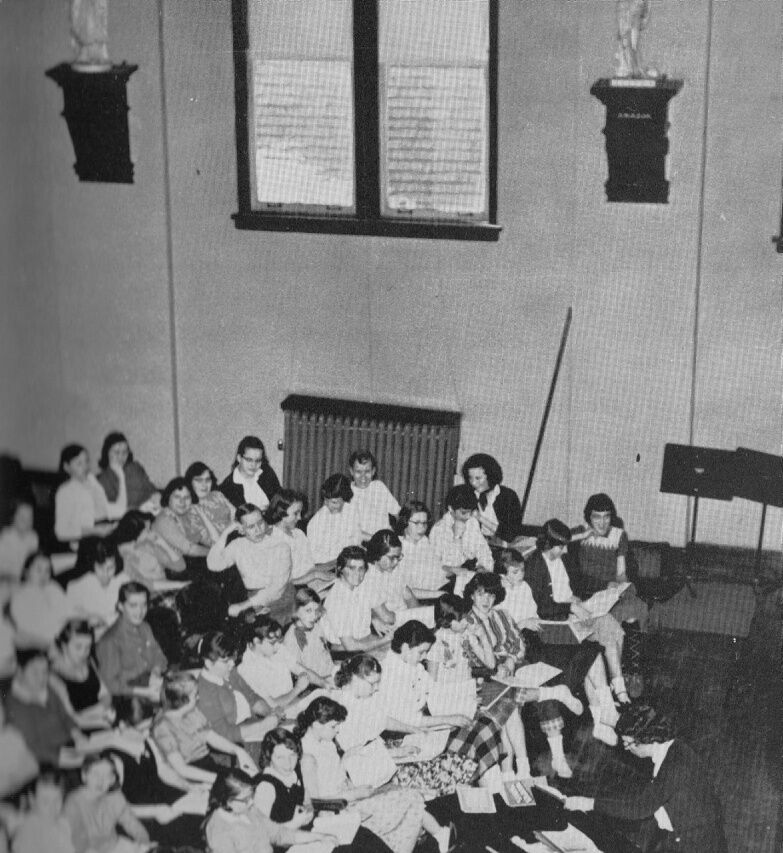 Some of the statues were donated by graduating classes. Photo submitted 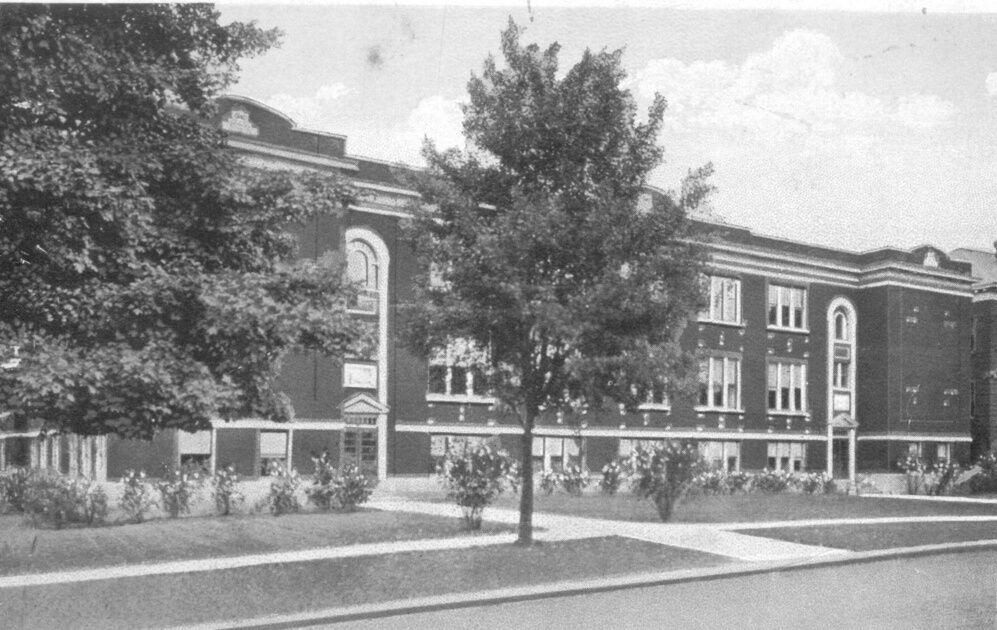 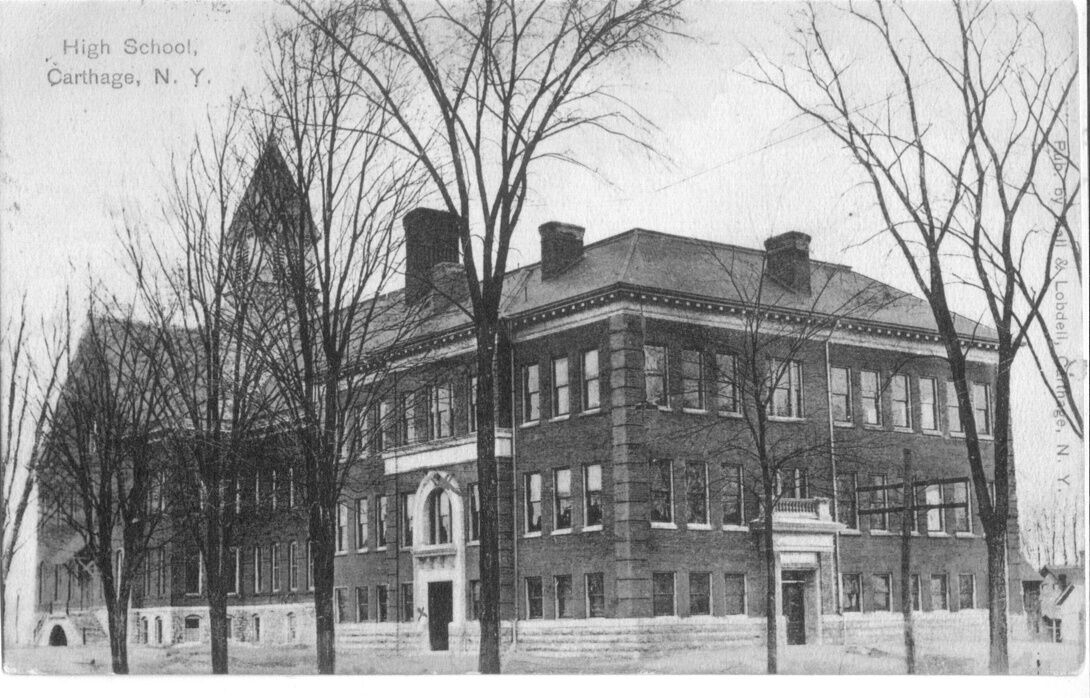 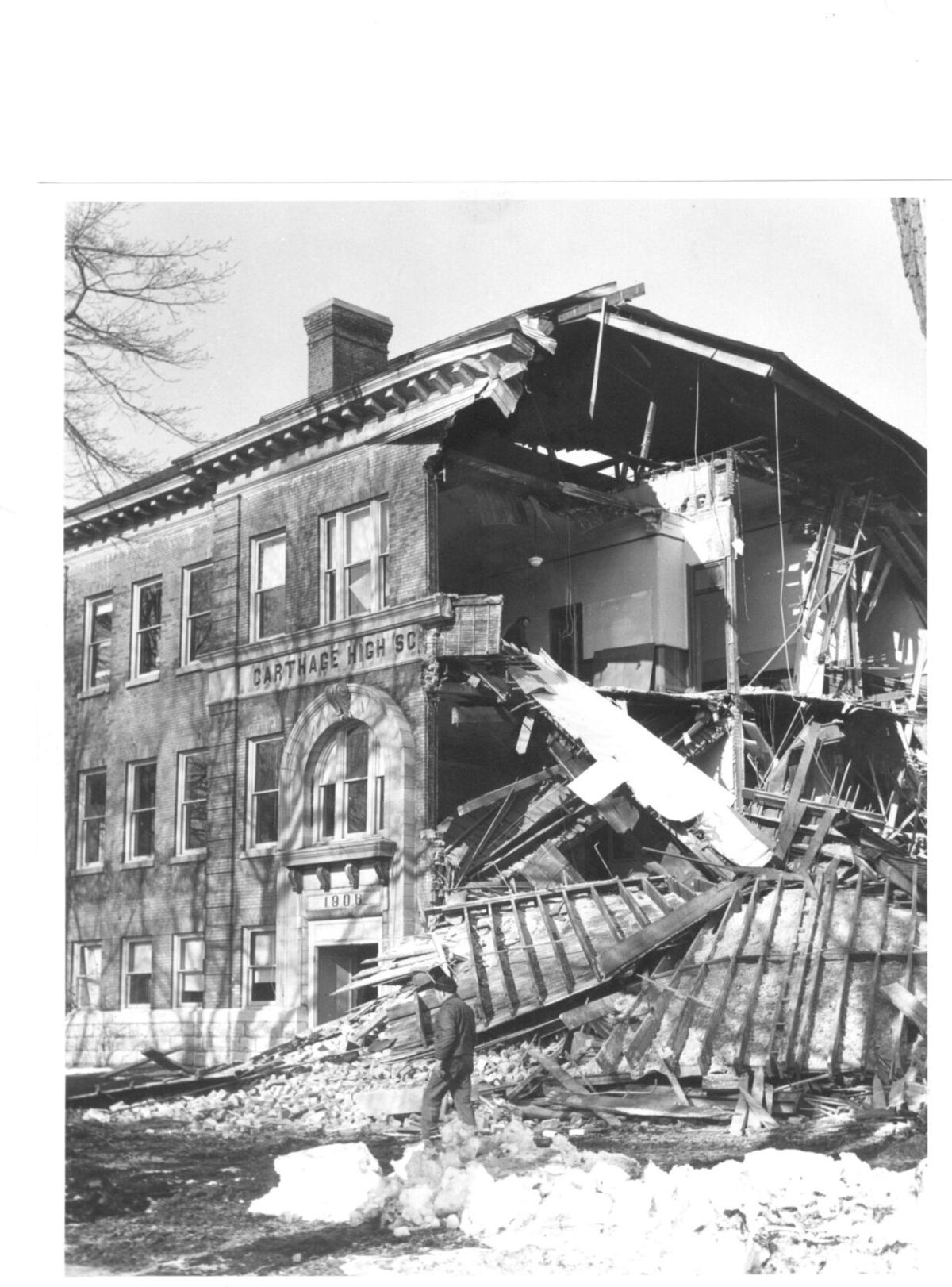 The entire block was razed after the Beaver Lane Elementary campus was opened in the 1970’s. Photo submitted 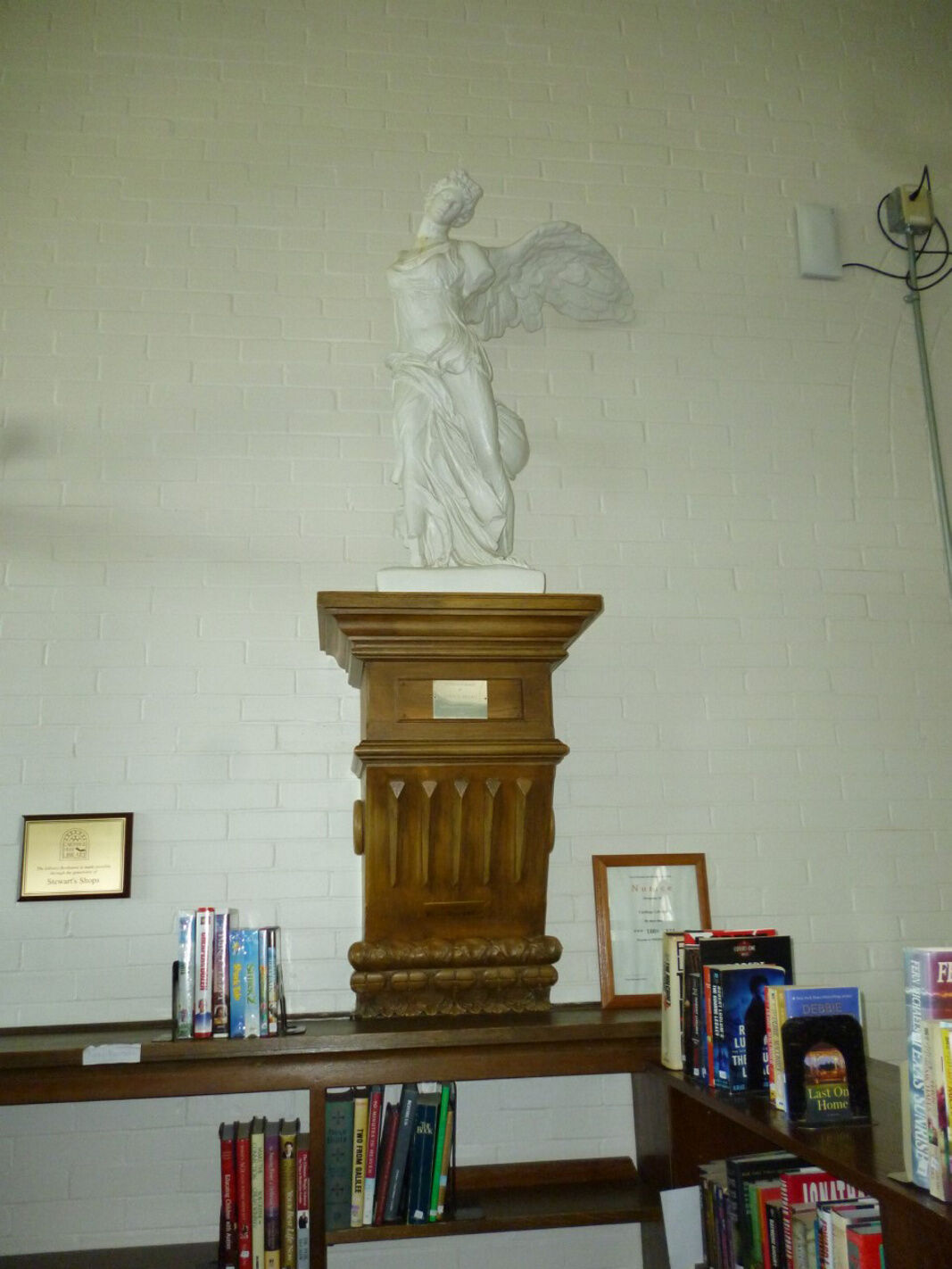 The statue of the Winged Victory is on a plinth in the book store area of the second floor reading room. Photo submitted

Some of the statues were donated by graduating classes. Photo submitted

The entire block was razed after the Beaver Lane Elementary campus was opened in the 1970’s. Photo submitted

The statue of the Winged Victory is on a plinth in the book store area of the second floor reading room. Photo submitted

The corner of Fulton and School streets in Carthage was for many years the center of education in the village. Today, the Benevolent and Protective Order of Elks Lodge 1762 stands on this spot, but in 1884, the time of the Great Carthage Fire, the wooden high school of the day stood on the spot. After it burned to the ground, along with much of Carthage, the school was replaced the next year by a brick building. In 1906 a large addition was added that became the new high school. The 1884 building was replaced in about 1930 by the primary building that also contained a new gymnasium and auditorium.

It was in this second addition that the statues “lived.” For many of us who attended the Fulton Street School, these were the first exposure we had to classical beauty, otherwise known as naked people. Between the long windows in the auditorium perched on beautiful plinths, was a collection of statues of Greek or Roman fame.

Some were gods or goddesses, like Artemis or Diana the Huntress or Hermes also known as Mercury, the god of trade, wealth and animal husbandry. Some were replicas of David, the well-known Michelangelo statue carved in 1504 and the Venus de Milo, Aphrodite, the Greek goddess of love and beauty created in 130 B. C.

These eight statues were displayed in the Carthage High School auditorium for many years before being moved to the Carthage Free Library where they are now on display.

According to research, done by Jamie Peck when the new addition to the library was opened in December of 2012, some of the statues were gifts to the school from graduating classes in the early part of the century. They were created by a plaster casting company known as P.P. Caproni & Brother located in Boston, Mass.

The statue of the Winged Victory is on a plinth in the book store area of the second floor reading room. The brass plaque reads: Restored in memory of Muriel W. Wallace, Carthage Shakespeare Club of 1988.” A smaller plaque states “Presented by Mr. & Mrs. Howe.”

Bob Blunden, Carthage High School Class of 1951, recalled a time that the classic Greek and Roman statues lining the top of the Carthage High School auditorium were removed to paint the walls. The statues were graduated in size to heighten the illusion of depth in the already large auditorium and Mrs. Bintz, the head teacher, came in to inspect the job that the workmen were doing. As she gazed around the room, she noted with surprise that the statues had all been returned to the correct wall bracket.

“Who was the genius that got them all back in the right places?” She asked the men. After some hemming and hawing, one of the men spoke up, “Well, ma’am”, he replied, “We just matched ‘em up with the marks in the dust.”

You can see one of these statues — one on the original bracket — in the main room of the Carthage Free Library.

Editor’s note: The author of this piece expressed thanks to Jamie Peck, Terry Heagle, Ginger Favret, Bill Blunden and Kate Newtown who offered help and support for this article.