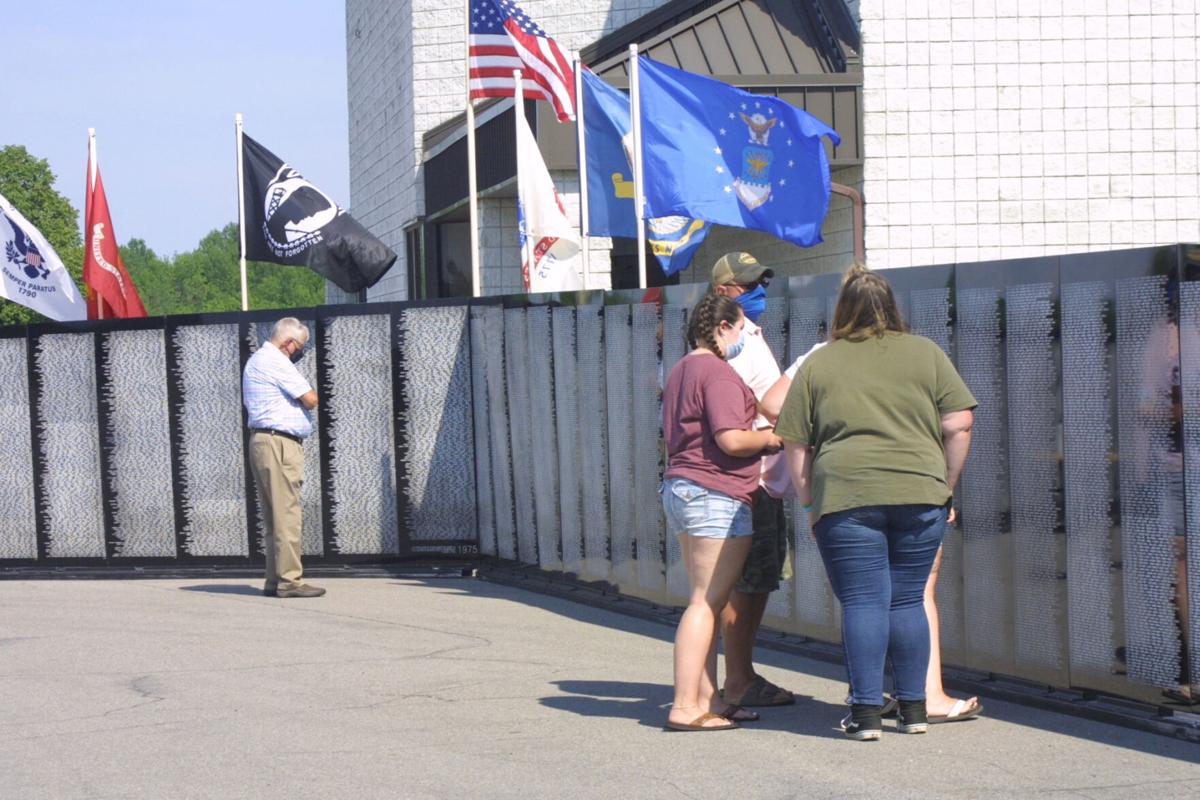 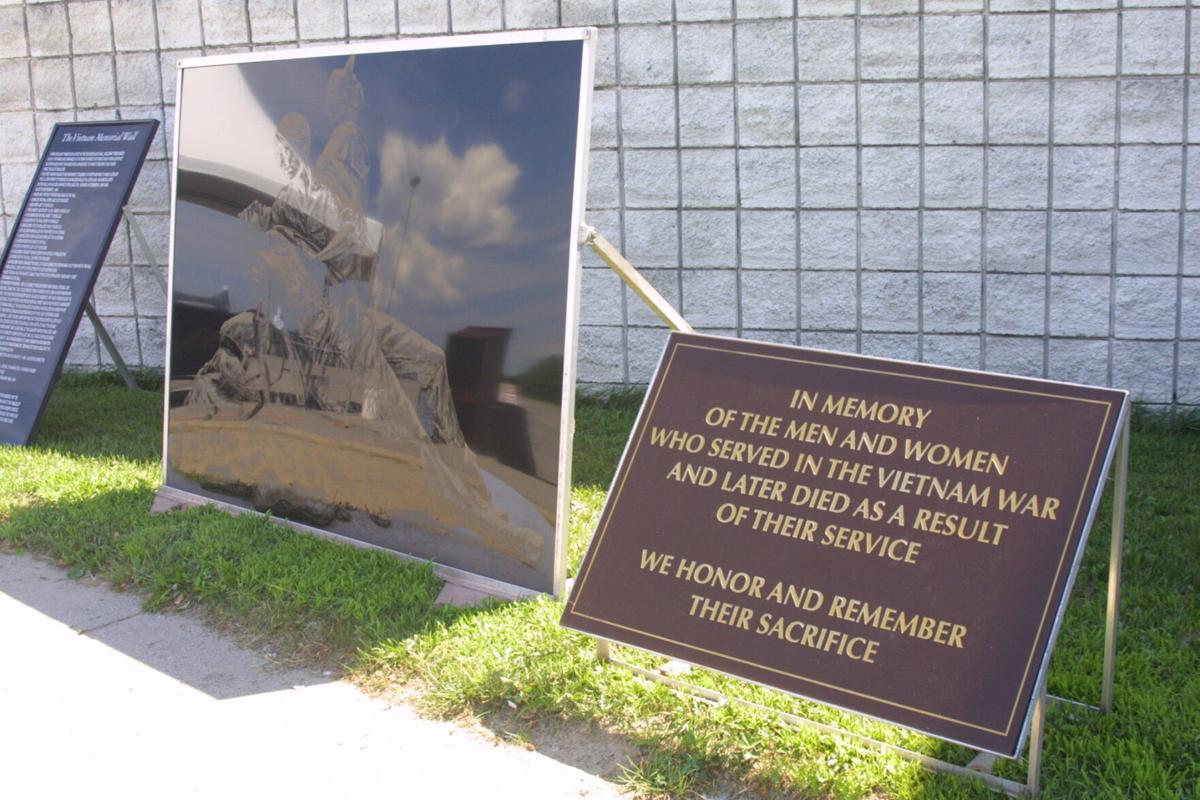 The Vietnam Traveling Memorial Wall that’s currently in Massena pays tribute to those who lost their lives during that conflict. Bob Beckstead/Watertown Daily Times 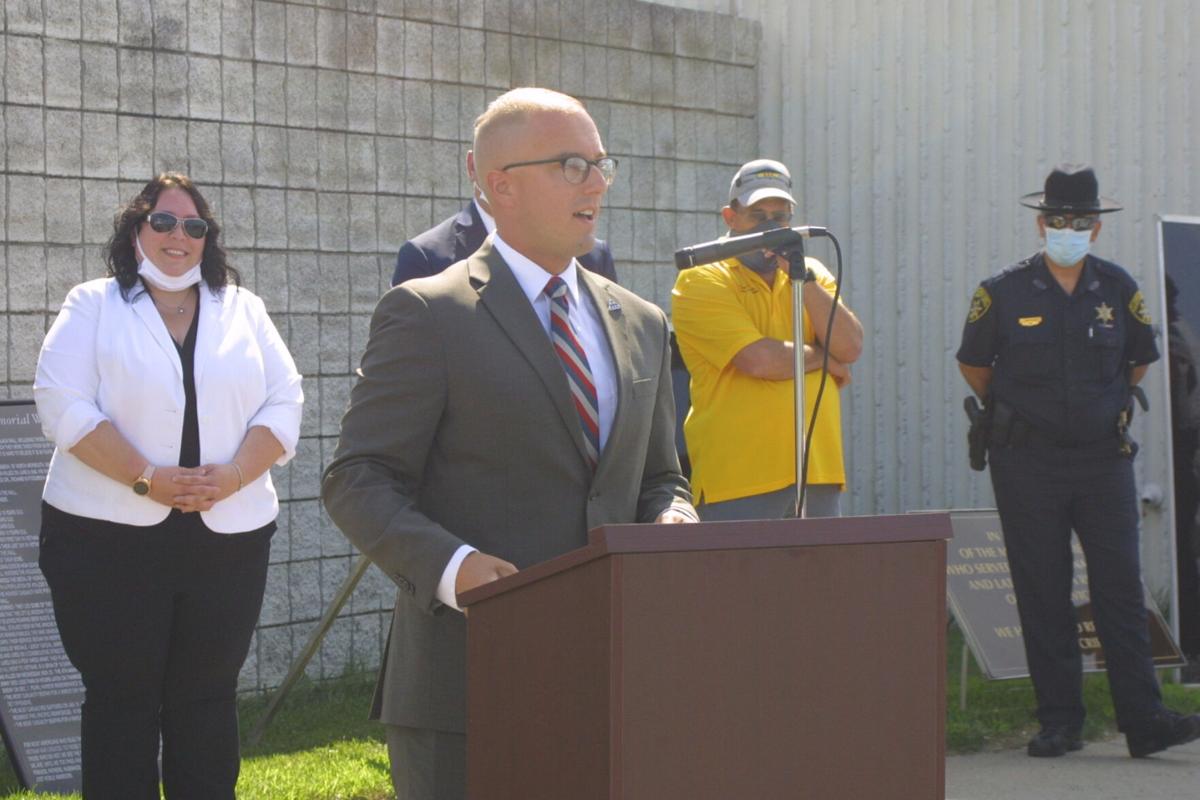 Assemblyman Mark C. Walczyk was one of the guest speakers for the opening ceremony of the Vietnam Traveling Memorial Wall that’s currently at the St. Lawrence Centre mall. Bob Beckstead/Watertown Daily Times 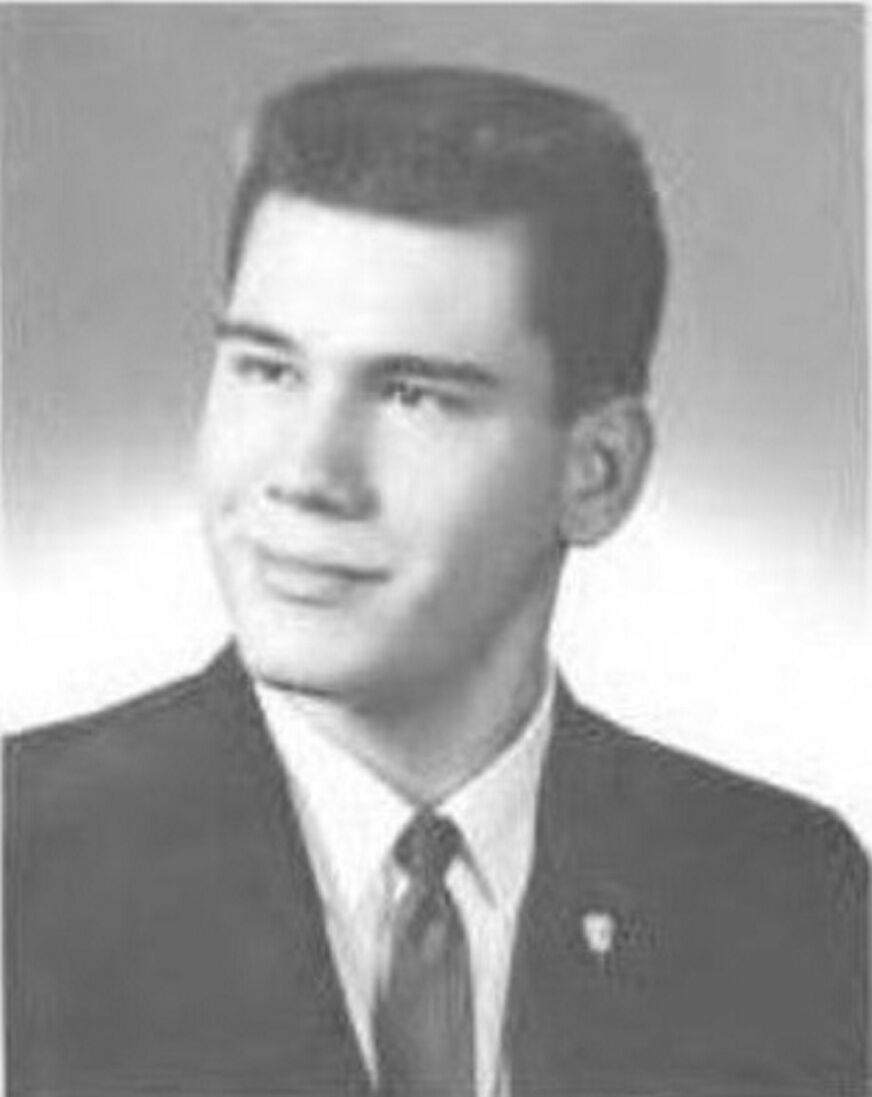 The Vietnam Traveling Memorial Wall that’s currently in Massena pays tribute to those who lost their lives during that conflict. Bob Beckstead/Watertown Daily Times

Assemblyman Mark C. Walczyk was one of the guest speakers for the opening ceremony of the Vietnam Traveling Memorial Wall that’s currently at the St. Lawrence Centre mall. Bob Beckstead/Watertown Daily Times

MASSENA — When Andrew Szarka graduated from high school, joined the U.S. Marine Corps and headed to basic training, a friend he knew as “Stevie Balazy” — real name, George Stephen Balazy — wanted to do the same, but wasn’t old enough.

When he reached the appropriate age, Mr. Balazy joined the Marines. The member of Massena Central High School’s Class of 1963 eventually deployed to Vietnam and never made it home.

“He’s up on the plaque in the Andrews Street Park,” Mr. Szarka said.

Other Massena natives who are listed on the plaque, who were killed in Vietnam, were Harold James Anable from the U.S. Navy, Gerald Raymond Roy from the U.S. Army and Ronald Hubert Southworth from the U.S. Marine Corps.

Mr. Szarka said that when he was 17 and graduated from high school in 1958, he enlisted in the U.S. Marine Corps, along with Andy Hart and Ray Young from Massena.

“We were told we were going to go together in September. Andy Hart said that Stevie Balazy was just about crying because he couldn’t go with Andy and us. He wasn’t old enough. He was about five or six years younger than me,” he said.

Mr. Szarka served four years in the Marine Corps. He was stationed with the 3rd Marine Division in early 1962 in Okinawa and almost made it to Vietnam.

“Word came down from headquarters company — ‘Put all your personal stuff in sea bags. We’re going on a mission,’” he recalled. “We were told where we were going — ‘Shut the base down, we’re leaving.’”

They shut down their base and deployed to a new location, where they received further instructions.

His unit was told they were going to make a landing and occupy an airfield in Vietnam.

“They showed us on the map, ‘you’ll land here.’ I remember bayonets all sharpened. I saw the medical kits and all the bandages and morphine. A couple of days later it came down — ‘All right, we’re going,’” he said.

“I said, ‘Why are we taking this airstrip?’ They said because the Marine Air Wing from Iwakuni, Japan is going to fly in and that’s going to be their base and they’re going to bomb Laos,” Mr. Szarka said.

His unit got as far as the docks in Okinawa, where transport ships were waiting, and then the word came to stand down and go back to their base. The mission was called off.

“I can tell you why it was called off. We would get our asses kicked,” he said.

Tanks lacked parts and ammunition, he said, and planes had no spare parts.

“We would have been wiped out,” Mr. Szarka said.

His enlistment was up in July 1962 and he started working as a tour guide at the Power Dam in 1962.

“Andy Hart drives up. He’s all out of breath. ‘Stevie Balazy is dead. He got killed.’ I said, ‘What?’ He says, ‘He got killed in Vietnam. His parents just got the word.’ Andy said he left his unit for time off and was walking away and a firefight broke out. He ran back and got killed,” Mr. Szarka recalled.

“Andy said that he was crying when Andy left because he said he wanted to go. He wanted to be a Marine He became a Marine,” he said.

According to a Sept. 21, 1965 article in the Massena Observer, his parents received word that day that their son was killed. Maj. G.H. Polakoff from the U.S. Marine Corps in Syracuse was accompanied by the Rev. Robert U. Holmes, minister of the First Methodist Church when he broke the news. A telegram from the War Department followed.

Mr. Balazy, a private first class, had died from head and chest fragmentation wounds from a hostile mortar attack.

He is buried in Old Pine Grove Cemetery, but his memory lives on at the Vietnam Memorial Wall and Vietnam Traveling Memorial Wall.