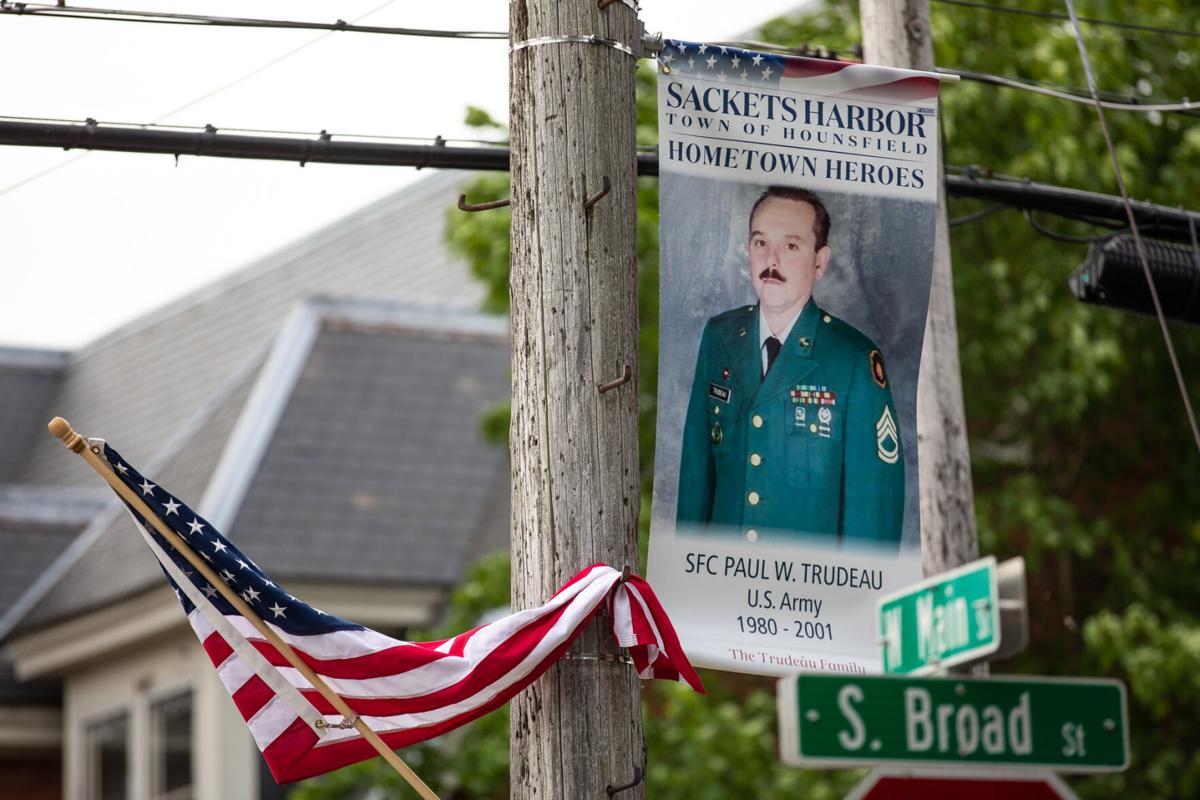 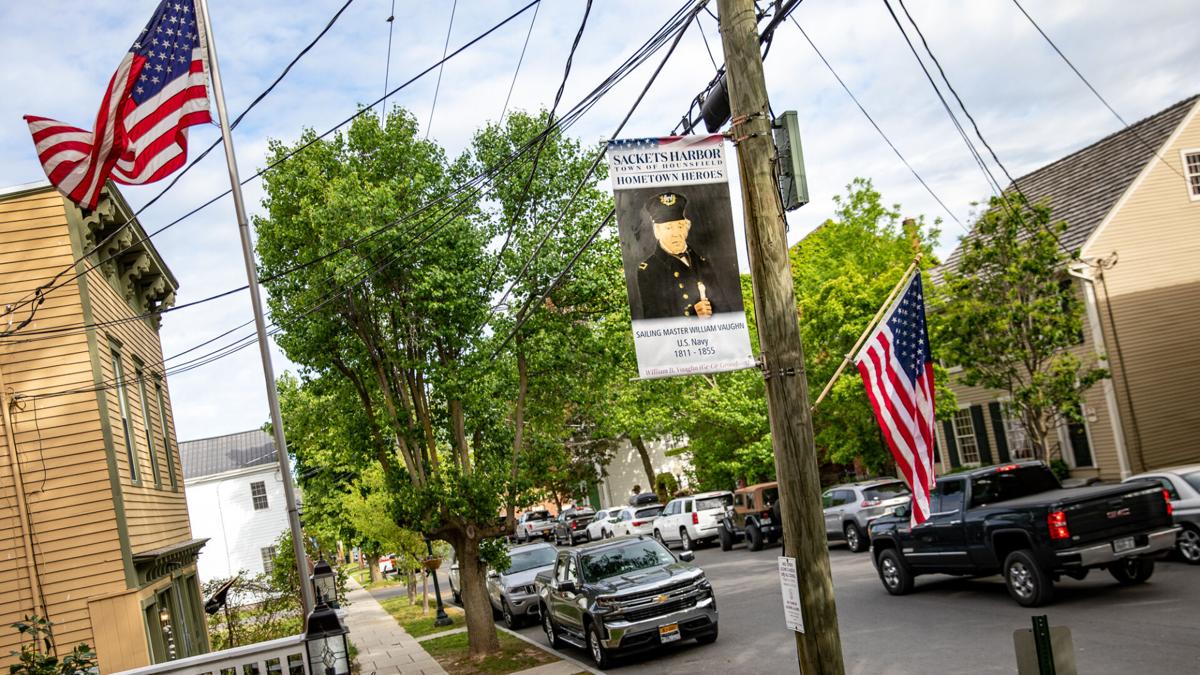 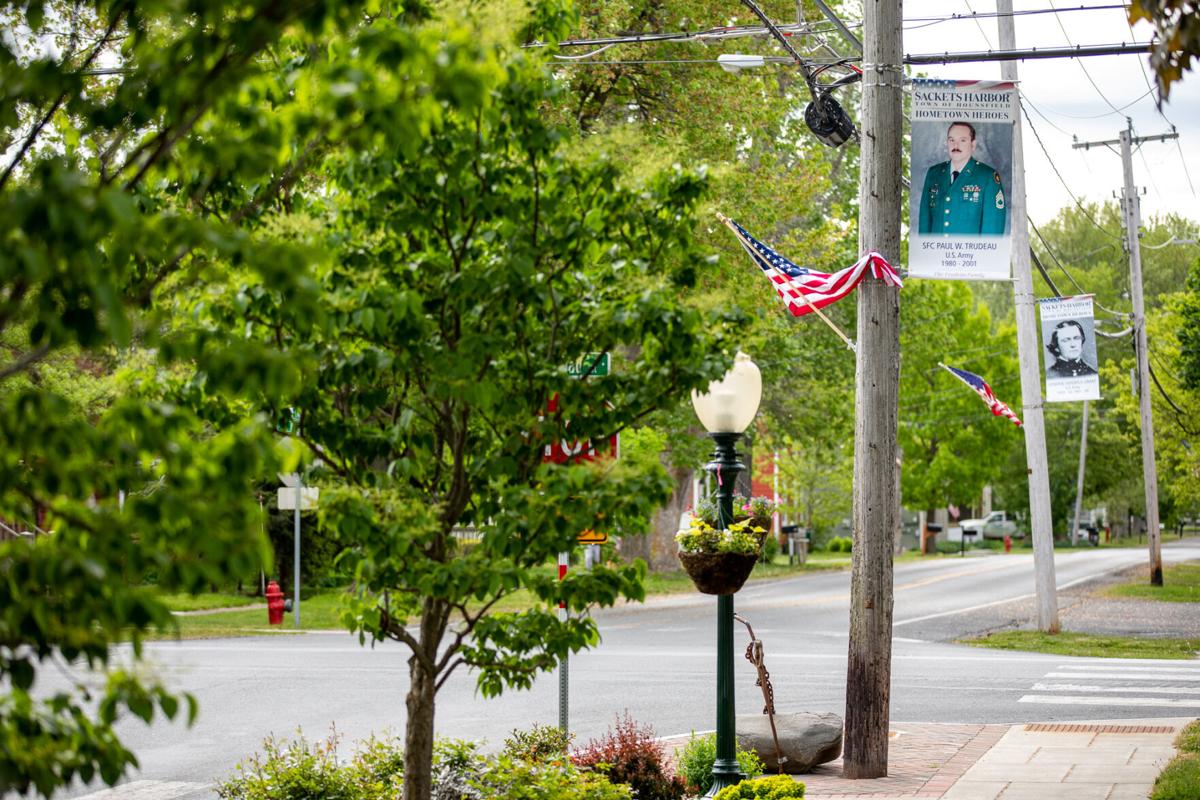 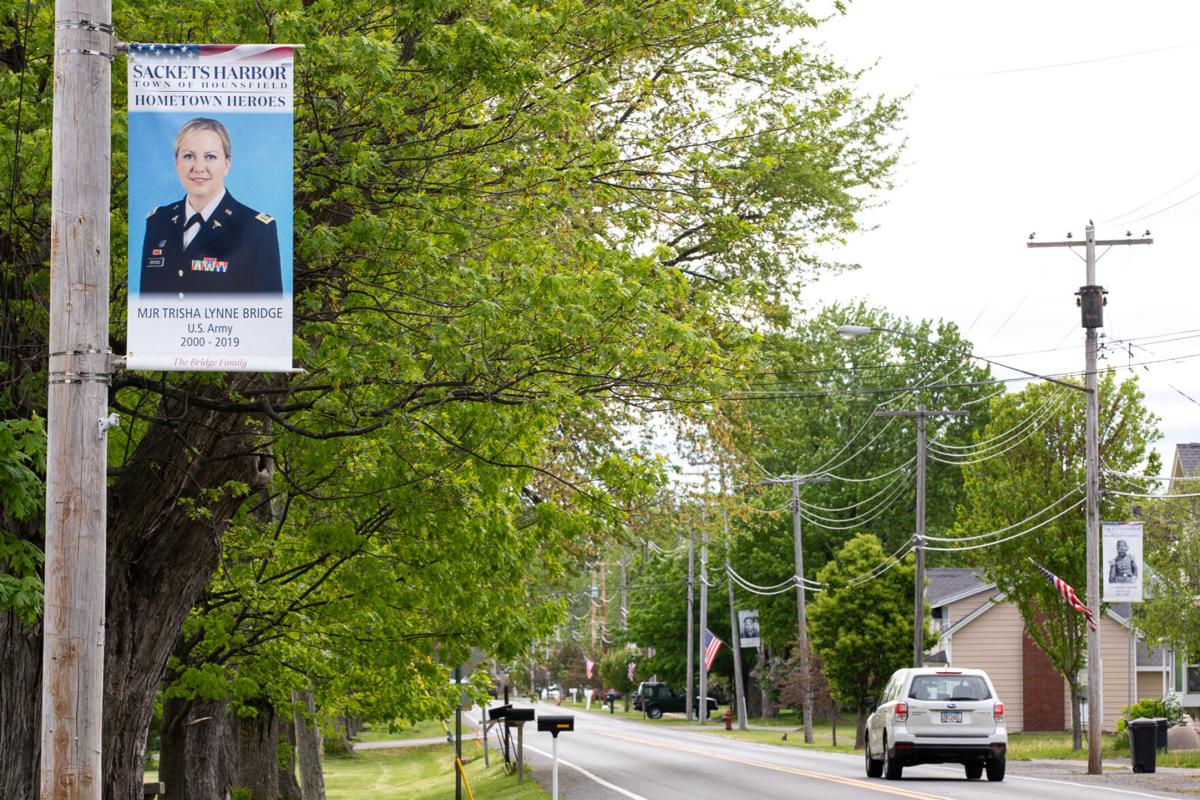 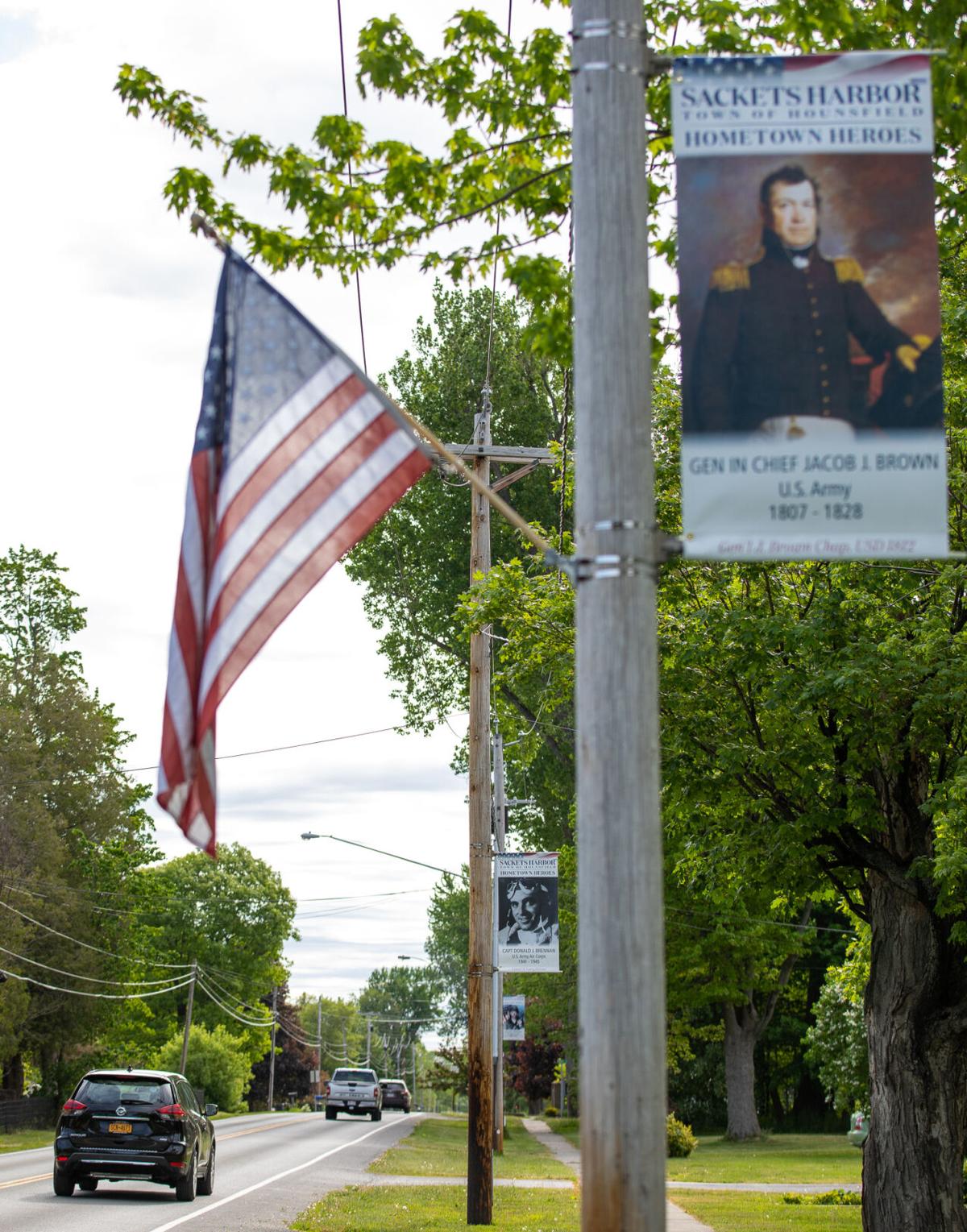 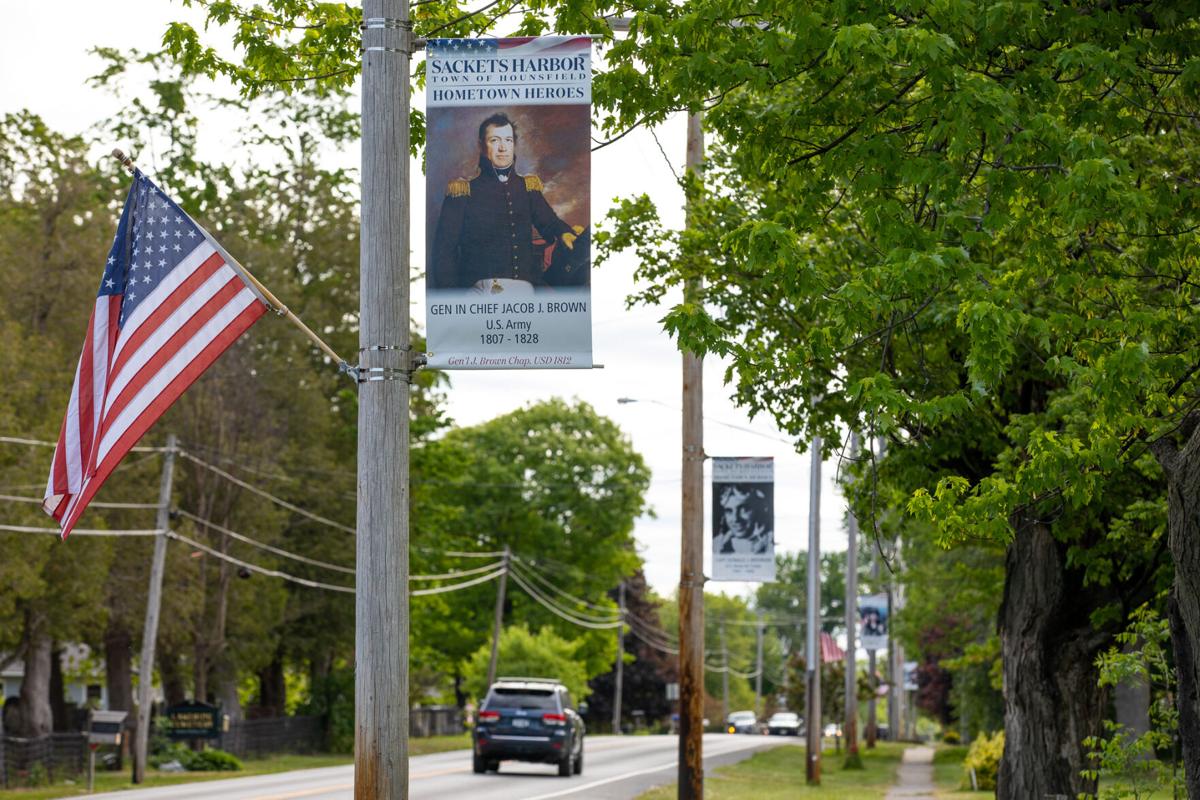 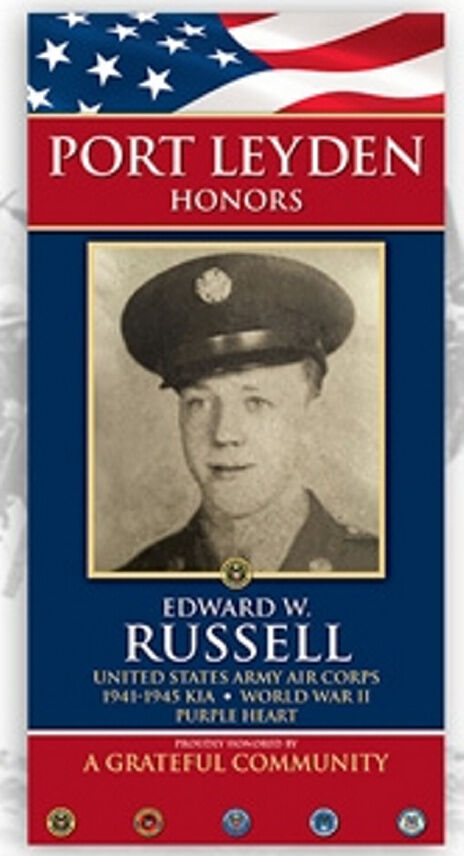 An example of the banners in Port Leyden. Provided photo

An example of the banners in Port Leyden. Provided photo

More north country communities are flying banners along streets to honor selected men and women who have served in our armed forces.

Banners in the program are usually funded by local donors and sponsors.

The Sackets Harbor banner program was coordinated by the village’s marketing committee, which coordinated two previous banner series: a War of 1812 bicentennial series featured historic figures from the war and the second, in 2017, featured historic structures such as buildings and bridges. The vendor in the latest effort was Rileighs Outdoor Decor, Allentown, Pa.

“This is quite a unique small community featuring Hometown Heroes banners, because of the 200-plus-year continuous military presence here,” said Constance B. Barone, manager of the Sackets Harbor Battlefield State Historic Site. “Personnel at nearby Fort Drum keep that strong military link in Sackets Harbor and the town of Hounsfield.”

Mrs. Barone said that the 37 individuals featured in this year’s banner series in the village represent a cross section of the American population who have helped make Sackets Harbor a significant heritage center.

“Certainly, another singular claim for this special designation began in the early years with the military enforcing the 1808 Embargo Act and then selecting the harbor community for the strategic center of the U.S. forces during the War of 1812,” Mrs. Barone said. “After the War of 1812, Madison Barracks became the military’s formal presence through World War II. Above and beyond those individuals formally assigned to Sackets Harbor, countless community citizens volunteered, or were drafted, into every military branch as well.”

An informational brochure is available for a self-guided walking tour of the banners in Sackets Harbor and can be picked up at the village hall, Hay Memorial Library and the Sackets Harbor Battlefield State Historic Site.

Recently, 79 banners were hung throughout the village of Port Leyden to honor area veterans. More than 150 people attended the May 15 unveiling reception, including some of the honored veterans.

“As our program took off in the fall, I got to meet and learn a great deal about some of the families and their service members, some that are still with us and some that are not,” said project coordinator Elizabeth Newvine. “I got to learn about the family members that made the ultimate sacrifice for our country. It has been an honor and pleasure to complete this beautiful display of appreciation, love and gratitude. It couldn’t have happened without the honorees, their families, or the wonderful community we live in.”

The response was greater than expected, more than doubling the goal of 35 orders of the 24-by-48-inch banners each featuring an image of a service member in uniform along with his or her name.

The banners will be displayed from Memorial Day through Veterans Day, Nov. 11, but will remain property of the purchaser. There will be another opportunity to purchase banners with new orders starting in October. The owners of the current banners may have them re-hung next year, possibly for a minimal hanging fee to defray costs.

Working with Military Tribute Banners, the group facilitated the purchase of the banners for service members who live or have lived in the 13433 zip code. Those ordering banners need to provide the veteran’s name, a photo of the veteran in uniform and service branch along with the purchase price, which this year was $125.

Anyone can order a banner to honor a veteran, but the Port Leyden program coordinators asks that if the veteran is living, they sign a waiver giving their permission. The group is also asking for monetary donations to defray costs of banners for those who could not afford the purchase.

As a project for Future Career and Community Leaders of America, two Lowville Academy and Central School students initiated a program to honor local veterans.

Anna Exford and Mackenzie Ples came up with the idea during a Veterans Day ceremony when the names of local veterans were read.

The project was multifaceted. The girls first surveyed veterans’ organizations to see if there was a need for such a project. They had to go before the village board for permission to hang the banners. Presentations were made to the American Legion and Veteran of Foreign Wars post members to solicit funds and support. They secured permission from the Board of Education to seek donations and planned and executed fundraisers.

The girls also approached the school’s Student Council and Youth Area Council/Pratt Northam Foundation for funding as well as the Northern New York Community Foundation. The project coordinators enlisted the help of the high school graphic communications class to create the banners. They vetted graphic companies before deciding Register Graphics best suited their needs. They set up an order form and criteria, then publicized the banners via social media and through school resources.

Last year, seven banners were hung along State Street across from the school and more will be added as the orders arrive.

Criteria for the banners is that the veteran, living or deceased, is a Lowville Academy and Central School graduate or longtime resident of Lowville. The application is available through the school’s website at tinyurl.com/nvd674zk. The cost is $175 but there are scholarship opportunities available.