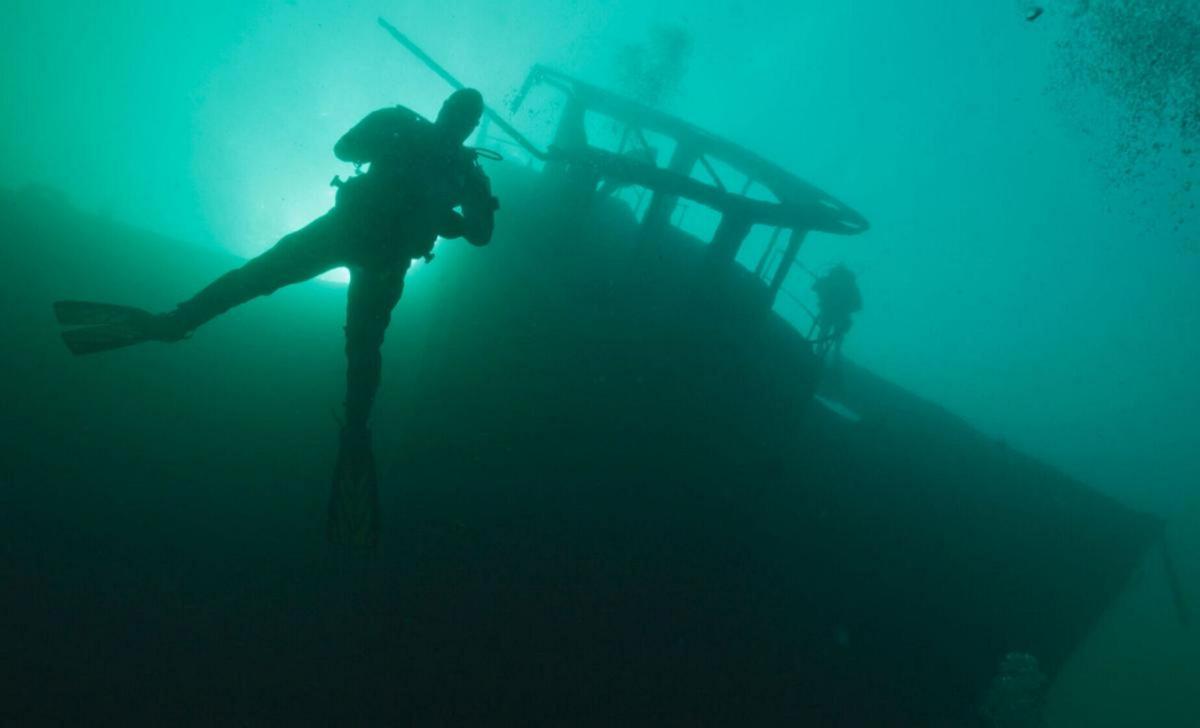 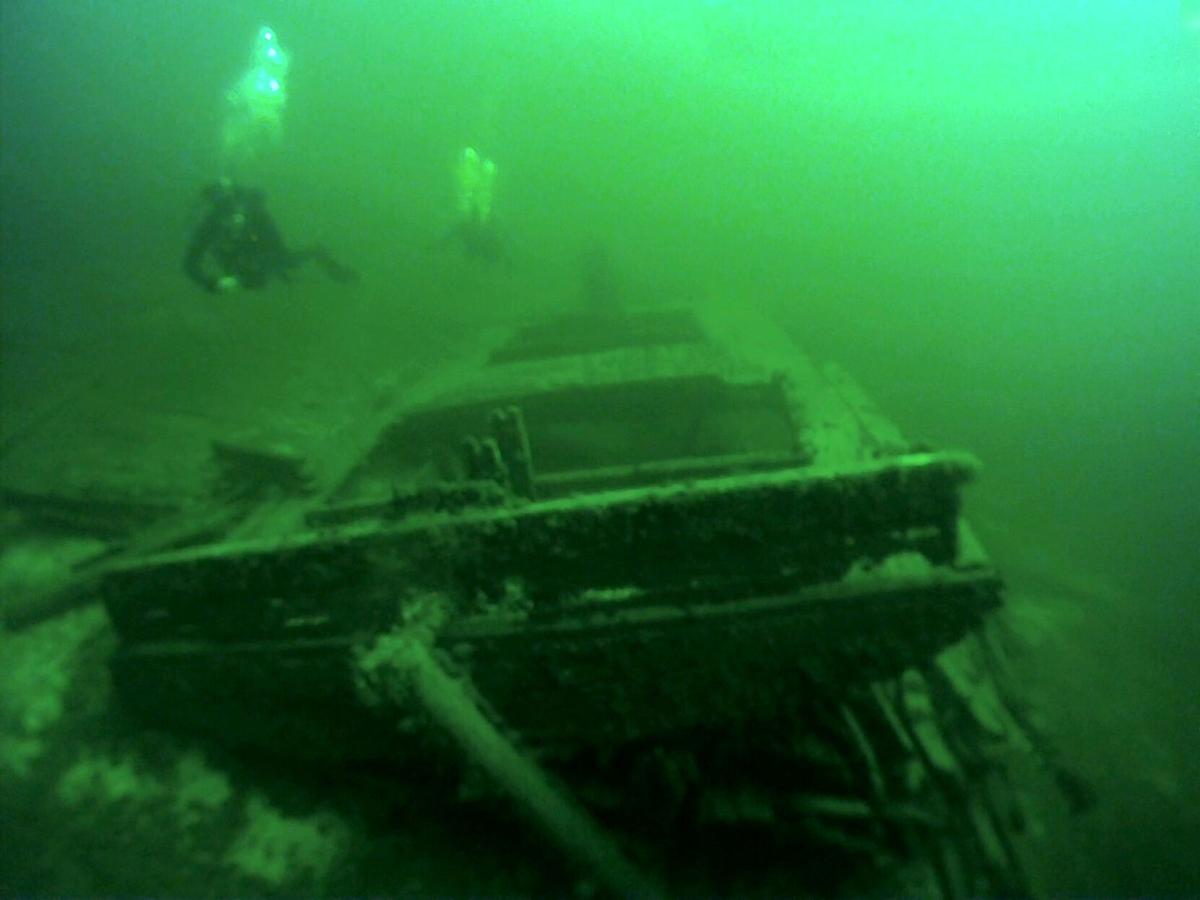 Divers explore the shipwreck Maggie L., which is just off the village of Clayton. Courtesy of Dennis McCarthy 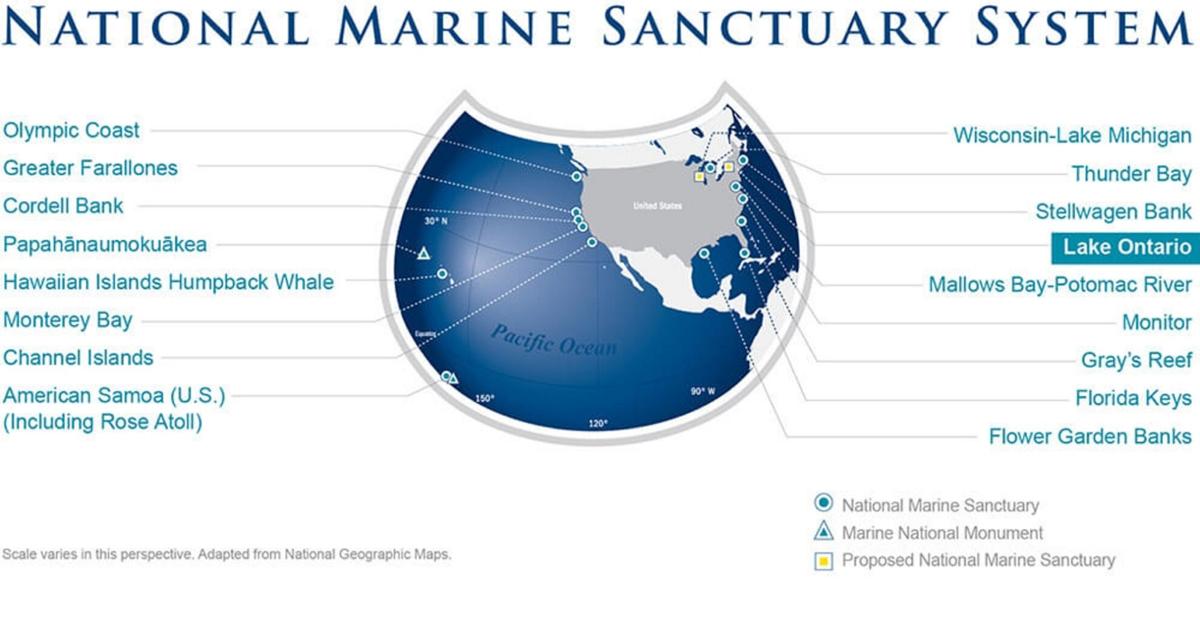 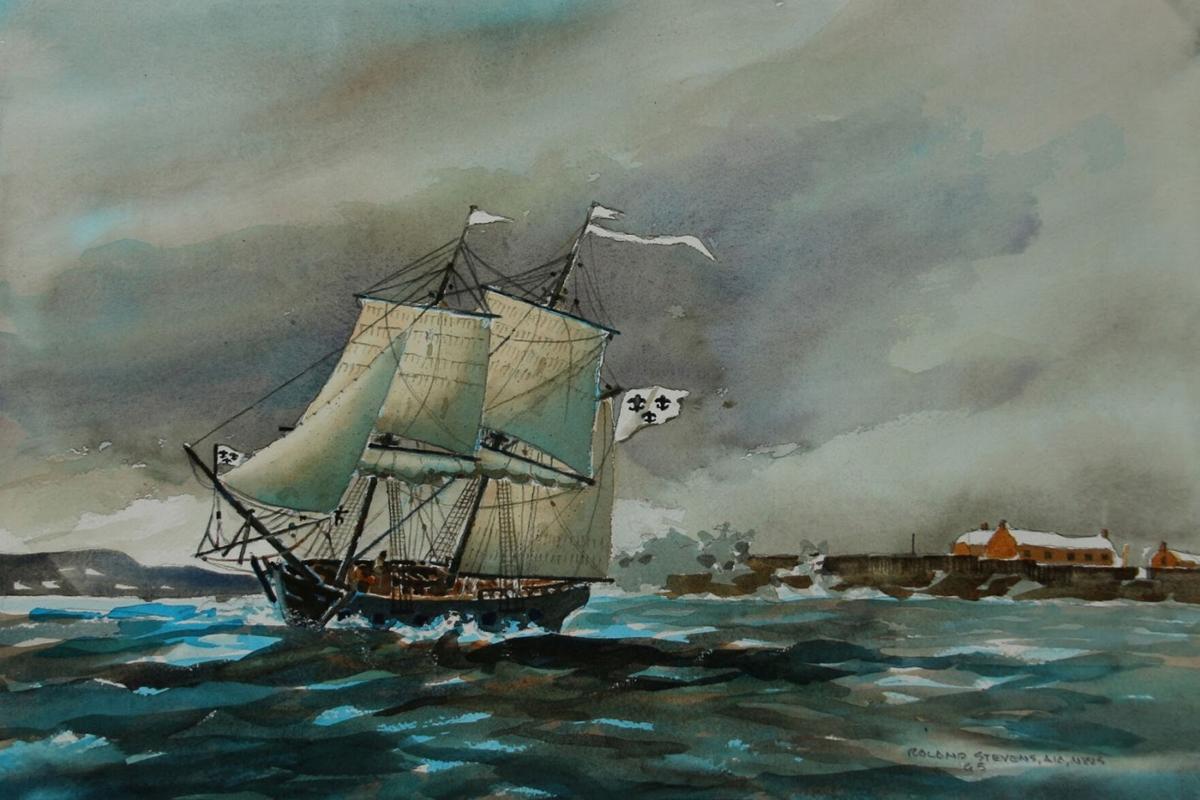 The roots of the St. Lawrence River Historical Foundation go back to the study and identification of the sunken Iroquoise in the 1990s. The Iroquoise served in defense of New France and sank in 1761. Roland Stevens/SLRHF 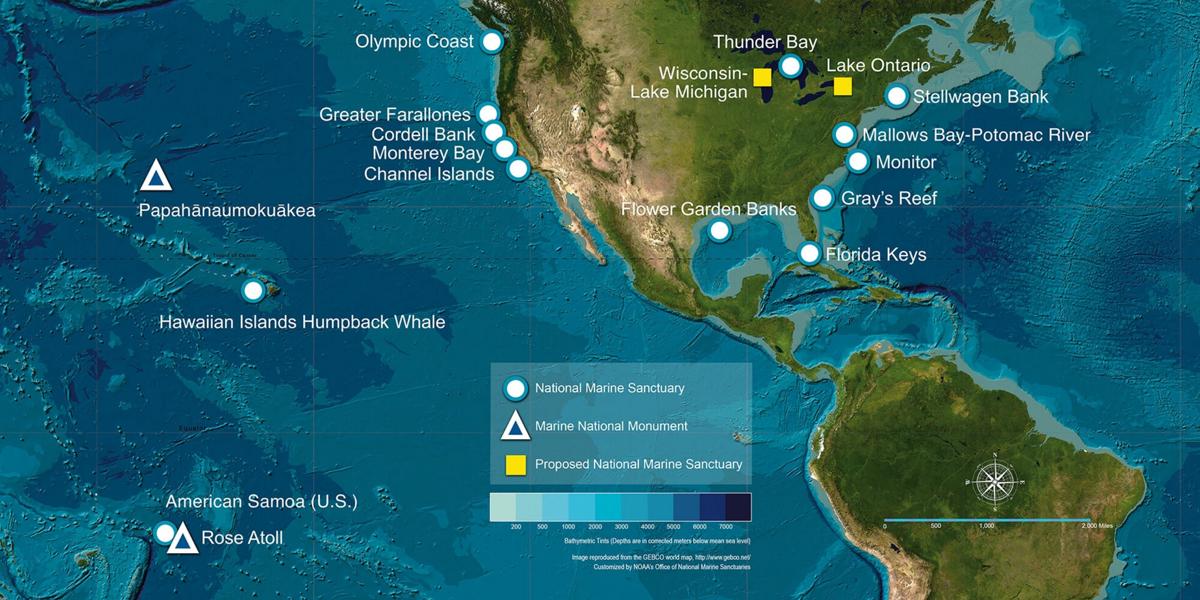 Divers explore the shipwreck Maggie L., which is just off the village of Clayton. Courtesy of Dennis McCarthy

The roots of the St. Lawrence River Historical Foundation go back to the study and identification of the sunken Iroquoise in the 1990s. The Iroquoise served in defense of New France and sank in 1761. Roland Stevens/SLRHF

Daniel J. Gildea describes himself as an amateur diver and historian. But local experts like…

CLAYTON — A husband-and-wife team with extensive knowledge in both studying shipwrecks and diving to them will kick off a new season of lectures hosted by the Antique Boat Museum.

The 2021 lecture series is scheduled to be held virtually and on the ABM campus at 750 Mary St. The first lecture in the 2021 series will be online.

At 7 p.m. Thursday, Dennis R. and Kathi McCarthy of Cape Vincent will share their extensive knowledge of shipwrecks in the Thousand Islands.

The “Shipwrecks of the 1000 Islands” talk will be held over Google Meet, where people anywhere will be able to join in.

The National Oceanic and Atmospheric Administration established a sanctuary advisory council for a proposed sanctuary in Lake Ontario to bring members of the local community together to provide advice to the administration.

However, the Jan. 28 ABM lecture by the McCarthys is not directly related to or is it meant to be connected to the proposed advisory council and the sanctuary.

The process to establish the sanctuary began last year after some local leaders, namely Oswego County Administrator Phil Church, applied for consideration for the program. In August, Mr. Church and Ellen Brody, NOAA Great Lakes regional coordinator for the marine sanctuary program, presented to the St. Lawrence County Board of Legislators about the possibility of extending the sanctuary boundaries further up-river to the town of Hammond. One legislator also inquired about extending the sanctuary even further to the Moses-Saunders Power Dam in Massena.

NOAA is now conducting a detailed analysis to develop sanctuary alternatives and a management plan for the proposed national marine sanctuary.

“They are taking a look at whether the Thousand Islands should be included in the proposed sanctuary,” Mr. McCarthy said.

The advisory council’s 15 voting members represent a variety of interests, from recreation and tourism to education and research.

In January 2017, the state of New York, the city of Oswego and four counties — Oswego, Jefferson, Wayne and Cayuga — submitted a nomination for the proposed Great Lake Ontario National Marine Sanctuary to be added to NOAA’s inventory for potential designation.

The McCarthys’ Jan. 28 lecture, “Shipwrecks of the 1000 Islands,” is an expansion on the presentation they gave to NOAA as part of that agency’s exploratory work to establish the marine sanctuary. It will last about 40 minutes, and afterward, the couple will answer questions about their work.

“The talk is neither for or opposed to the sanctuary,” Mr. McCarthy said. “It’s an informational talk. If someone wants to look into the sanctuary, they will know what the shipwrecks are in the Thousand Islands, how long they’ve been there and what is the significance of them and what ones may not be significant.”

Dennis and Kathi met years ago while attending a scuba diving meeting in Sackets Harbor.

Mr. McCarthy retired in 2009 from his career in engineering management in the Consumer Electronics and CATV industries. Having traveled to 28 countries in his business profession, he now prefers to spend his time with Kathi in Cape Vincent and enjoying the Thousand Islands and St. Lawrence River.

A certified scuba diver for over 40 years, he made his first dives in the river in 1971. His other interests are photography and local history. He has written, co-authored and published several scuba diving guides to the Thousand Islands.

Mrs. McCarthy has summered in the Thousand Islands since her parents bought property in Cape Vincent in 1948. Being so close to Carleton Island spurred her interest in history even as a pre-teen. While working at Eastman Kodak Co., she became a certified scuba diver in 1970. Her main hobbies, besides being a researcher for their books, are history and genealogy.

Mr. McCarthy said there are more shipwrecks in the Thousand Islands and in Jefferson County waters than there are in Lake Ontario.

“The wrecks in the St. Lawrence are well known and documented,” Mr. McCarthy said. “Ninety-nine percent of them were known 25 years ago when the first dive book by local writers came out.”

That book, “Divers Guide to the Upper St. Lawrence River,” was written by Don Martin of Prescott, Ontario, and Raymond “Skip” Couch of Clayton.

Mr. Couch and Mr. McCarthy also collaborated on, “A Scrapbook of Early Scuba Diving in the 1000 Islands by Past Members of the Clayton Diving Club.”

“But that’s within the diving community,” he said.

One example of a world-class dive is the wreck of the Roy A. Jodrey, a 700-foot self-loader built in 1965 that sank in 1974 on Pullman Shoal on the St. Lawrence River off of the former Coast Guard Station in Alexandria Bay.

“Many divers refer to it as the Mount Everest of diving because of the depth and conditions,” Mr. McCarthy said.

The Jan. 28 talk by the McCarthys is a continuation of diving and history lectures they have given over the years such as for the Thousand Islands Museum, Lyme Heritage Center and the Cape Vincent Museum.

“There’s a big interest in people coming to the area and knowing about the shipwrecks,” Mr. McCarthy said. “I’m happy to get the information out to help people be aware of it. There’s a lot more divers going out than people realize.”

Mr. McCarthy said there are few shipwrecks left to be discovered in the St. Lawrence.

“Out in the deep water of Lake Ontario, it’s a different situation,” he said.

Last year, two shipwrecks in Lake Ontario made news when a section of one washed ashore and another one was “discovered.”

In March, skeletal remains, a 20-by-20-foot section, washed up on Sandy Pond Beach, a 17-mile long barrier system stretching from the Salmon River north to Eldorado Beach along the eastern shore of Lake Ontario. Maritime historian and diver Mark Barbour, North Syracuse, told the Times that he was near certain that the remains of the ship are part of the three-masted schooner the Hartford, which sank in 1894.

Since its discovery, sand has been slowly claiming the washed-up section.

“The Hartford continued to be covered towards the end of summer with only a few nails going above the sand,” Mr. Barbour said.

An informational sign he installed near the remains of the ship about the history of the Hartford is still standing.

“We’ll have to see what happens in the spring,” he said.

However, Mr. McCarthy put some cold water on such discoveries when they are linked to a specific ship.

He said no one can tell at this point if the Sandy Pond remains are of the Hartford.

“I’m working on a different level,” Mr. McCarthy said. “In the news stories of shipwrecks, everybody gets excited and they can read about the tragedy of the Hartford, and that is a great story. The reality is, you get a 20-foot piece of sailing ship washed in, and maybe a deck, but you don’t know without a lot of study — looking at the fasteners, the design, the shape and the wood.”

“I’m just saying it could be (the Hartford). It’d take a lot of work and money to identify it beyond a reasonable doubt.”

“There were known remains of a ship down there,” Mr. McCarthy said. “As far back as 1970, fishermen had relayed the fact that there was something out there.”

Boat anchors, Mr. McCarthy said, would get snagged on he wreckage.

“It’s such shallow water that nobody paid much attention to it,” Mr. McCarthy said. “It’s so damaged by the wave action that a number of shipwreck experts have looked at it and they can’t identify what it is. There’s not enough of it and it’s in pretty bad shape to identify what it is.”

Mr. Gildea said in October that his list of potential names for the wreck was down to 62 ships of the same type that were lost in Lake Ontario.

The roots of the St. Lawrence River Historical Foundation go back to an extensive study of a shipwreck in the American Narrows between Fineview on Wellesley Island and Grass Point State Park on the mainland.

Local divers knew of the shipwreck, but not much more. They called it “the belt-ax wreck,” after the tomahawk-like weapons carried by British soldiers in the 18th century and found on the mystery wreck in the early 1960s.

In the early 1990s, after the New York State Divers Association worked under a state permit to excavate the wreck, Mr. McCarthy and Michael D. Hughes of Cortland County pieced together the vessel’s buried history after more than a decade of scholarly detective work.

The Iroquoise (Iroquois woman) was a 56-foot-long warship built in 1759 near present-day Maitland, Ontario. It served, erratically and for about two years, in futile defense of New France on Lake Ontario and the St. Lawrence during the French and Indian War. It’s believed to be the last ship to sail on the Great Lakes under the French flag. It sank in 1761. When it struck the shoal, the ship was sailing under the British flag. It had been renamed the Anson, after the first lord admiral of the British fleet at that time.