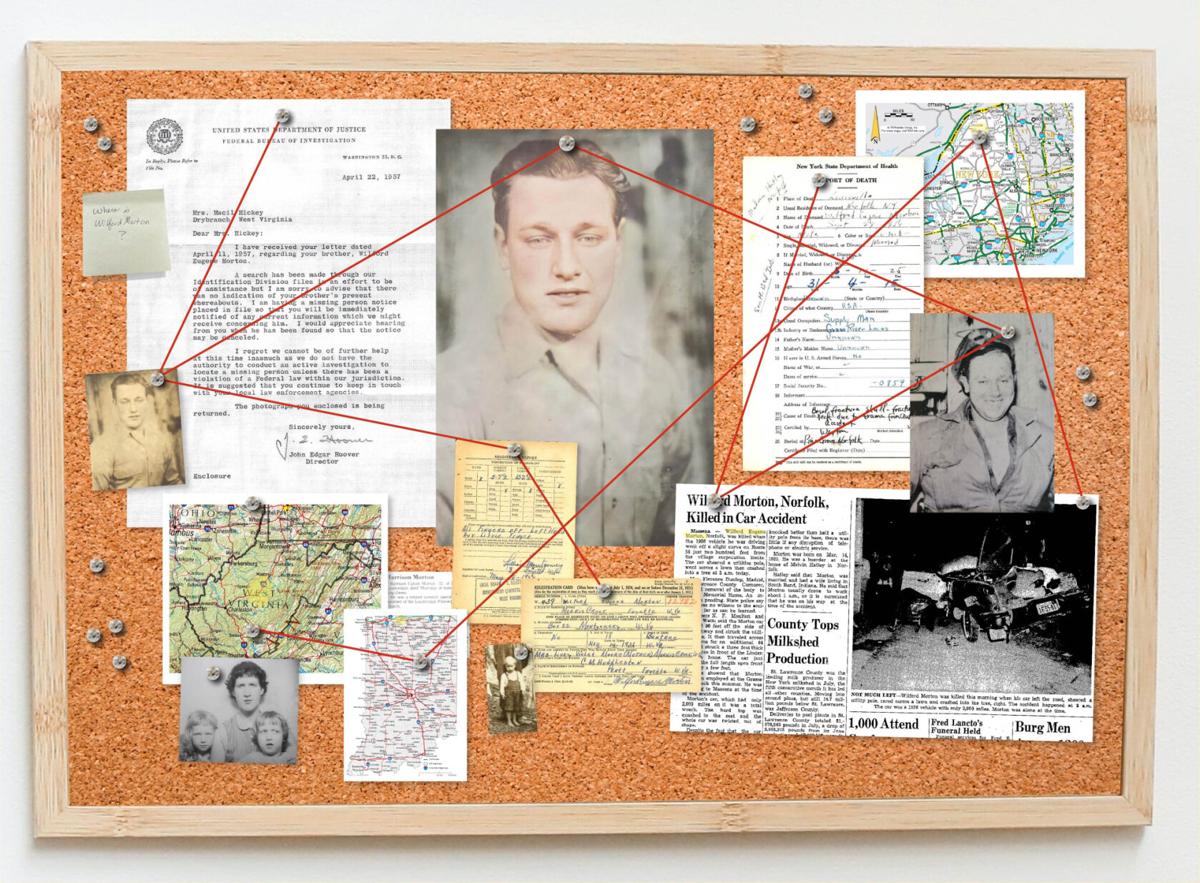 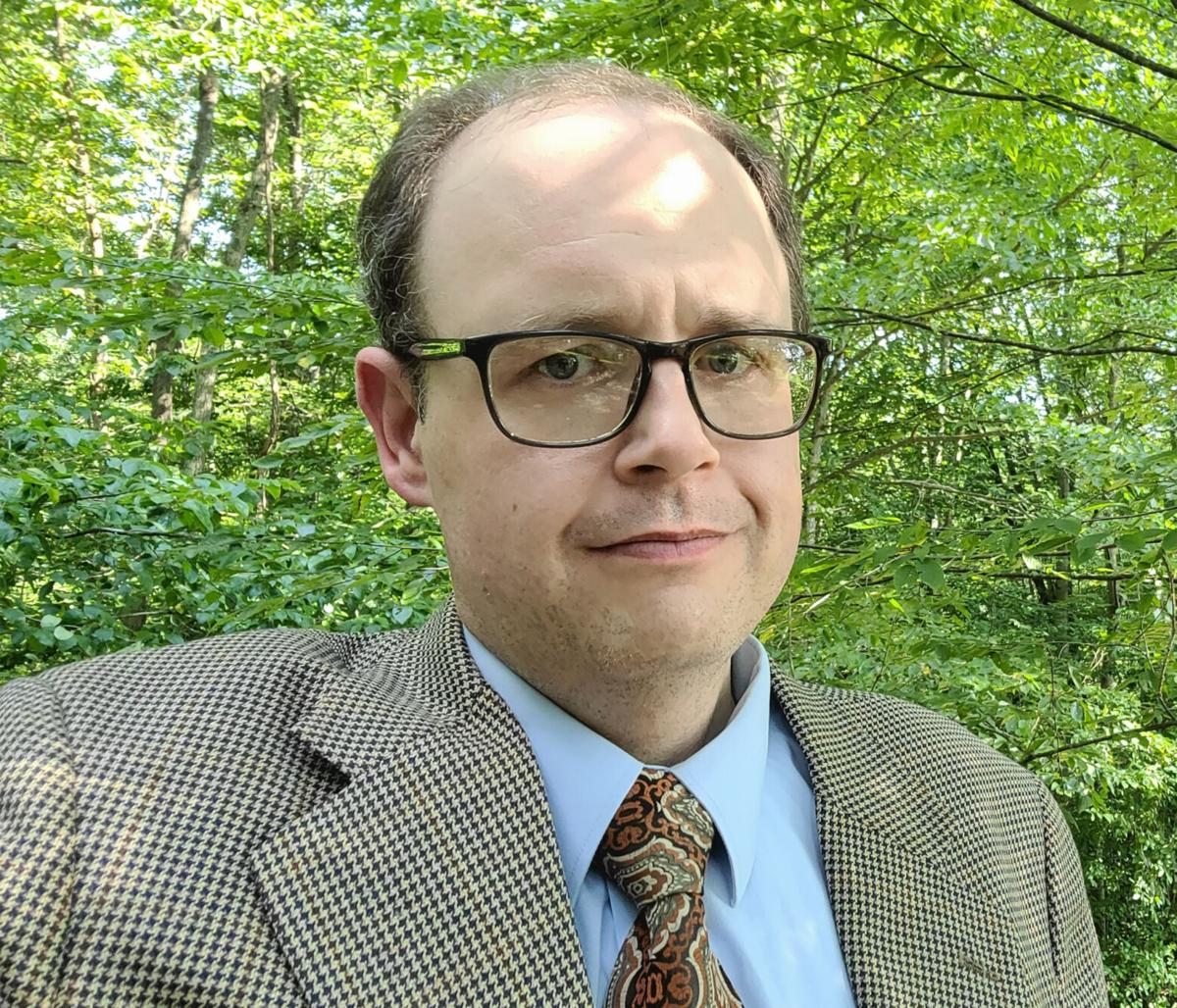 “I have been a devotee of true crime since I can’t remember when,” the 41-year-old West Virginian and the founder of the YouTube channel, Mysterious WV, said.

Recently, his passion led him to someplace he never suspected — an article in an unknown New York newspaper from Sept. 29, 1956 and the villages of Norfolk and Massena.

Mr. McCracken’s most recent video on his YouTube channel concerns the mysterious disappearance of Wilford Eugene Morton, a truck driver from Clay County, W. Va., who left for work one day in 1954 and never came back, leaving his wife and four young daughters with no clue to what happened to him.

Since launching his channel in 2017, Mr. McCracken has produced more than 60 videos looking into missing persons, unidentified bodies, unsolved murders, some tales of the supernatural and lost treasure.

His latest program does something none of the previous 59 or so videos have done, he said. It solved the mystery.

Mr. McCracken said it was a great-granddaughter of Mr. Morton who approached him about the family’s unsolved mystery.

“She had inherited it,” he said.

Mr. Morton was a 27-year-old father of four in February of 1954 when he left his home in Clay County, smack dab in the middle of West Virginia, for South Bend, Ind., where he worked driving a truck for a company that hauled Studebaker cars from the manufacturing plant there, to the Carolinas. Mr. Morton was typically away from home for 12 of every 14 days. Those 12 days stretched on to forever.

Mr. McCracken meticulously goes through the scant evidence available in his 29-minute video.

Mr. Morton started working in his father’s sawmill after completing the third grade. An incident at the mill, sometime before he turned 18, resulted in the loss of three fingers on his left hand, leaving just his little finger and thumb.

He worked as a coal miner, an auto mechanic and a machinist before taking up the job in South Bend in 1953.

Mr. Morton left the marks of an unremarkable man — a birth certificate, some census listings, a draft card.

He was married to Opal Legg in 1946 and had four daughters, the last of which was born in 1953, just months before his disappearance.

No one in the family remembers the exact day he disappeared, but it was around the third week in February 1954.

After a few weeks, his wife called the trucking company, which informed her that he no longer worked there and hadn’t for some time.

No one knows or remembers what else Opal may have done to find her husband. It is unclear if she ever listed him as a missing person.

In 1957, his sister notified the Federal Bureau of Investigation and a few months later received a letter signed by FBI director J. Edgar Hoover stating there was no listing of Mr. Morton’s death in their records.

In 1961, Mrs. Morton sought to have Mr. Morton declared legally dead, apparently so she could collect death benefits, Mr. McCracken said. Family lore is that she never went through with it because she was told, if he ever turned up alive, she would need to repay any benefits she received.

A tantalizing clue turned up as Mr. McCracken was producing his video. It was a newspaper article that listed a person with the same name who had been hired as a courtesy driver, someone who roams the interstate highways in West Virginia in search of travelers with car trouble — a job he was equipped to do — in 1977.

Mr. Morton was also strangely listed in his father’s obituary as living in Charleston, W.Va. The obituary listing may have been an attempt to lure Mr. Morton out into the open, Mr. McCracken speculates.

There is also family lore of a letter Mrs. Morton supposedly received from him asking for a photo of his youngest daughter. The tale goes that Mrs. Morton said it would be a cold day in hell before she granted the request.

But, as every devotee of the true crime genre knows, time fades memories and changes stories and delights in dead ends.

Mr. McCracken uses the premier function on YouTube, which allows producers to present their programs at set times.

Mr. McCracken’s videos typically premier at 8 p.m. on Saturdays. This allows subscribers to watch the video together and talk in the comment section about the episode.

The story of the missing Mr. Morton aired at 8 p.m. Aug. 21, and within an hour Mr. McCracken had his hands on the final clue.

A viewer, known only as Edward, produced a September 1956 clipping from an unidentified newspaper that tells the story of a fatal car crash near Massena.

A corroborating clip was found Wednesday in the Watertown Daily Times archive with a Massena dateline.

“Wilfred Eugene Morton, 31, of Norfolk, R.D. 2, was killed instantly about 2 this morning when his car failed to make a curve, left Route 56 near the outskirts of this village and crashed into a telephone pole,” the Times’ article reads.

Mr. McCracken notified Mr. Morton’s family of the article, and by Monday afternoon they had received a copy of his death certificate from New York state that included a matching Social Security number that was tattooed on Mr. Morton’s leg.

“I was at work,” Mr. McCracken said, describing the moment he got the confirmation of Mr. Morton’s identity.

“I believe I yelled ‘yeehaw!’” he said, startling his coworkers.

Every good mystery adds another mystery.

The newspaper article goes on: “Officials said that Morton was a seaway project worker. Morton was born May 14, 1925, in West Virginia. His wife’s home address was listed as 117 South Chicago street, South Bend, Ind., police said.”

Mr. McCracken has some ideas and clues about the wife in South Bend, but is keeping it to himself while Mr. Morton’s family processes the sensitive nature of the revelation of Mr. Morton’s apparently secret life.

There definitely will be a part two video, Mr. McCracken said.

The subsequent video should be finished in a couple of weeks, he said.