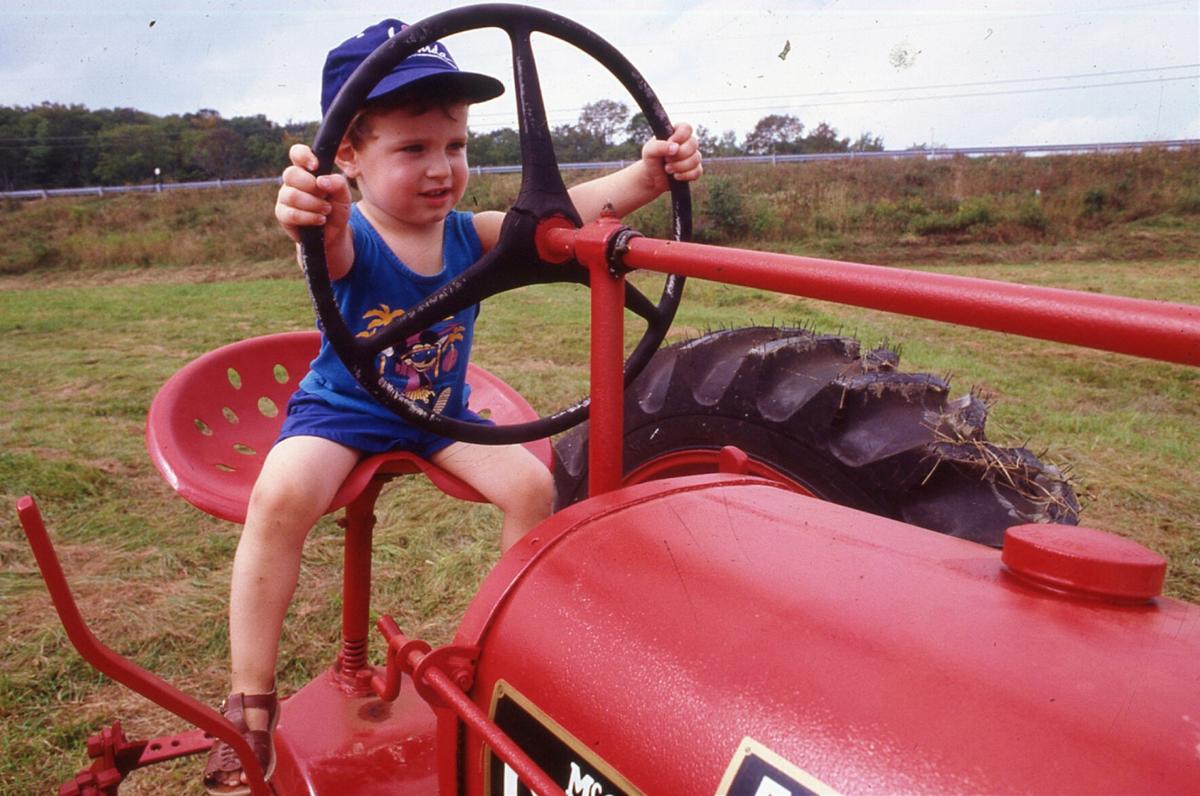 In this 1989 photo, Derek J. Hansen, 3, son of Richard and Christine, Turin, sits at the wheel of a refurbished tractor at the Flywheels and Pulleys Club Old Time Gas and Steam Engine Show in Constableville. Watertown Daily Times 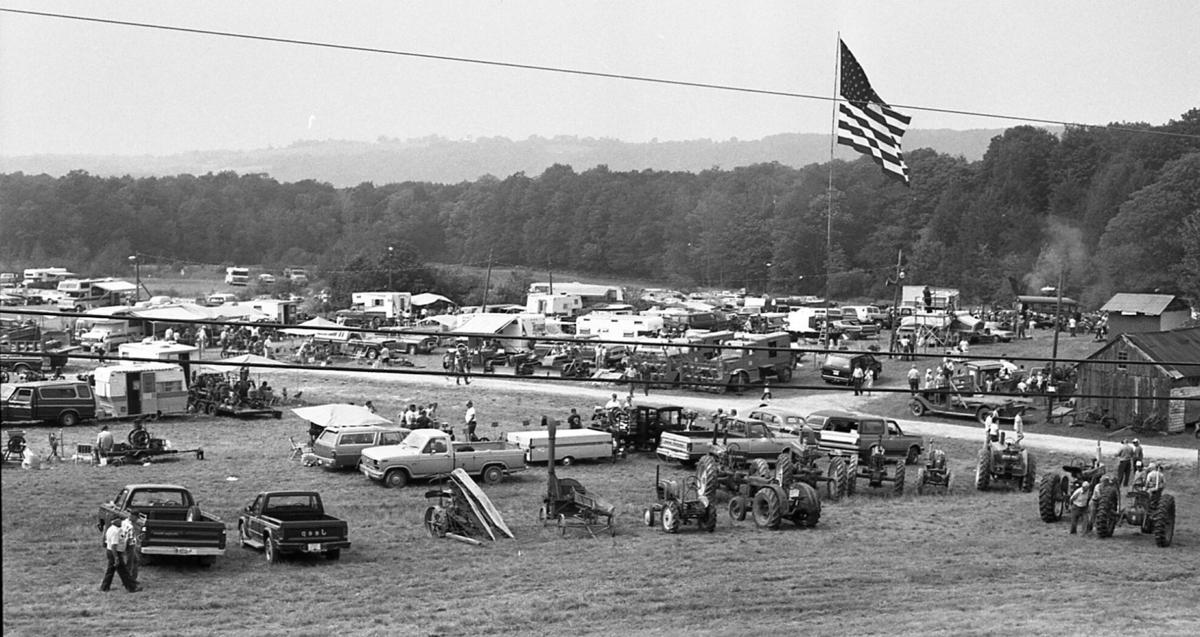 The annual Flywheels and Pulleys Club’s Old Time Gas and Steam Engine Show in Constableville has traditionally attracted thousands of people to the club’s grounds on State Route 26. This is a scene from the 1989 show. Watertown Daily Times 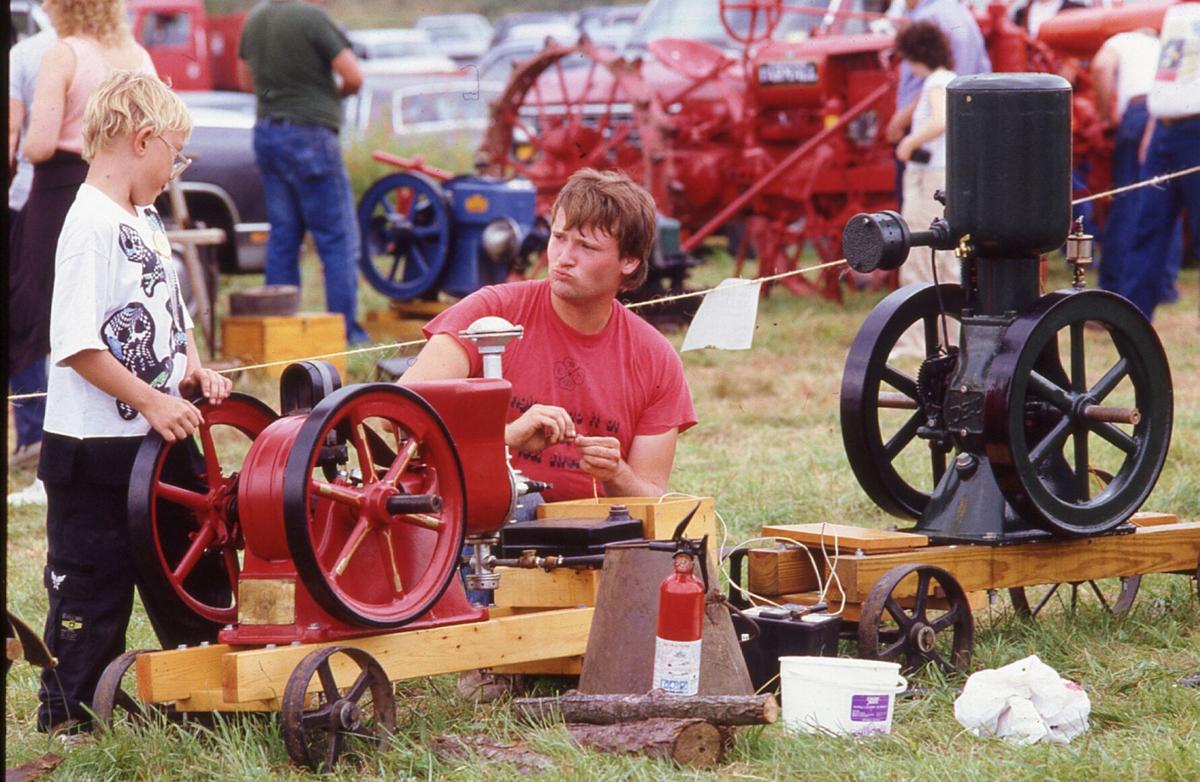 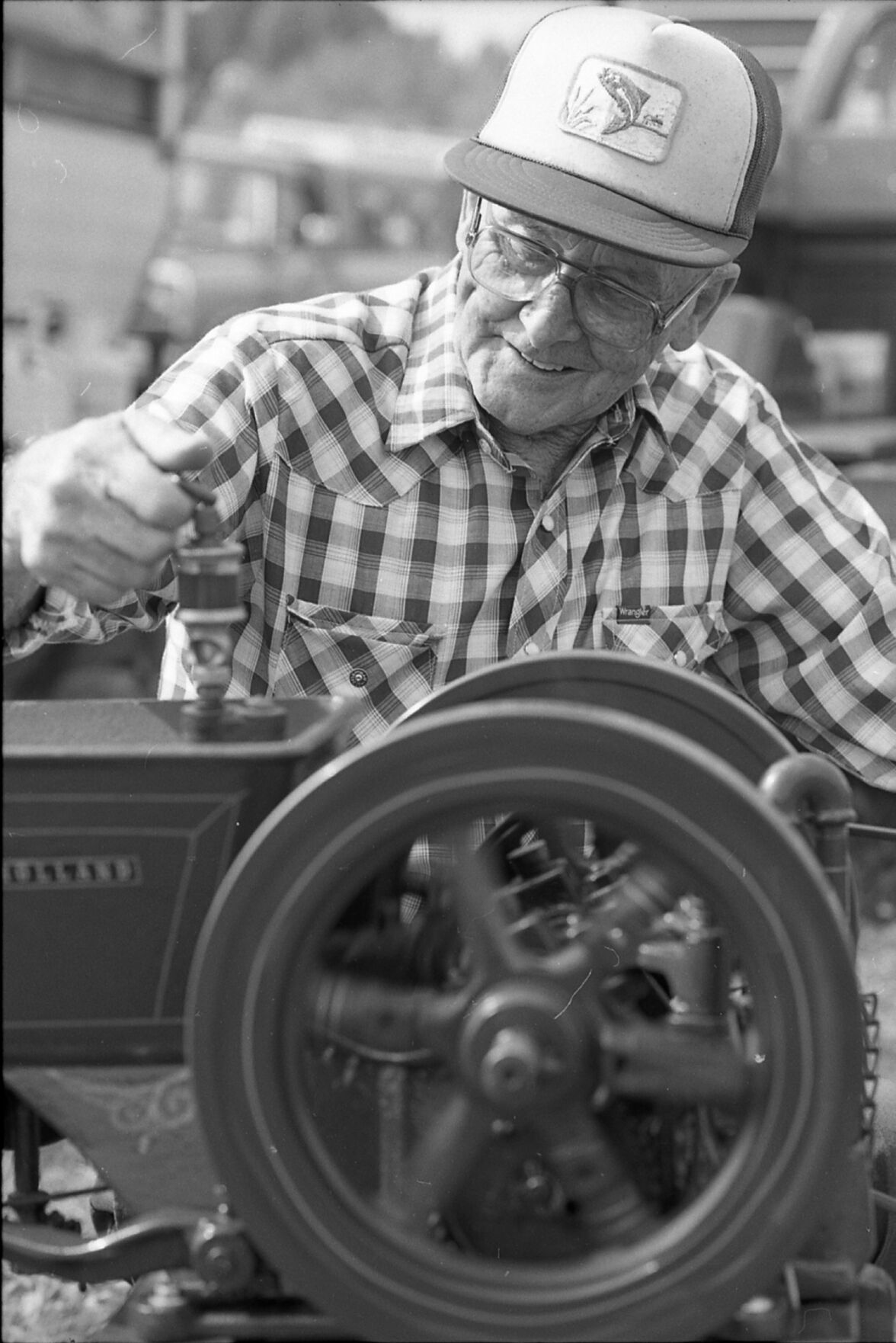 In this 1989 photo, Derek J. Hansen, 3, son of Richard and Christine, Turin, sits at the wheel of a refurbished tractor at the Flywheels and Pulleys Club Old Time Gas and Steam Engine Show in Constableville. Watertown Daily Times

The annual Flywheels and Pulleys Club’s Old Time Gas and Steam Engine Show in Constableville has traditionally attracted thousands of people to the club’s grounds on State Route 26. This is a scene from the 1989 show. Watertown Daily Times

CONSTABLEVILLE — The Flywheels and Pulleys Club is wheezing and clunking itself nowadays as it tries to continue sharing its fascination with vintage mechanical equipment with the public.

The club was founded in 1976, the country’s bicentennial year. Each year since then, except for last year during the pandemic, its Old Time Gas and Steam Engine Show has been held the weekend after Labor Day. In its first few years, the event was held on the grounds of the Constableville Volunteer Fire Department. In 1980, the club later acquired its own grounds on State Route 26.

In its heyday, the annual show attracted up to 5,000 people who came from as far away as New Hampshire and New Jersey. They flocked to Constableville, with a population of 242 in the 2010 census, to see such machines as steel-wheeled tractors, stone crushers and vintage wood washing machines in action. Various contests and vendors added to the fun. Greased poles were climbed and pies were eaten in a competitive spirit. Guests dined on pancakes in the morning and barbecued chicken in the afternoon.

The cancellation of the 2020 event was a financial blow to the club, but it also faces other issues.

“We’re losing our old people,” Mrs. Miller said. “Some of the young people aren’t going to do anything with grandpa’s old washing machines or gas engines, but we’re trying to encourage that.”

At times, the show has had more than 75 entrants, Mrs. Miller said. Her husband, John E. Miller, each year has displayed his John Deere GP (General Purpose) tractor, which she said was built in either 1928 or ’29.

“It’s any engine,” Mrs. Miller said of the displays. “They bring them and run them. My husband and I always encourage them to talk with people and tell them about that kind of thing: how it came about, what it does and who used it back then.”

The club, Mrs. Miller, said is a nonprofit organization. Last year, it received grant funding from the Kenneth V. and Jeannette Remp Sawyer Community Fund of the Northern New York Community Foundation. The $5,000 donation was to complete electrical upgrades at its Route 26 facilities.

The club’s bills, Mrs. Miller said, include paying taxes on its parcel. That’s another reason why the annual show may be hard to continue, she added.

“I’m trying to get the rest of the board to understand — you can’t pay the bills with what’s left and still have any money,” Mrs. Miller said. “There’s a lot of people in the background who don’t understand what’s going on to put something like that together.”

The three-day flea market is designed to boost the club’s struggling budget.

“Our survival will depend on those folks who love to come to the show and enjoy all that we, the club, work hard to keep going,” Mrs. Miller said in a publicity mailing about the event.

The flea market is 9 a.m. to 3 p.m. Friday through next Sunday at the club’s Route 26 grounds. Vendors are being sought, which can range from crafters to people who just want to get rid of some stuff around the house. The cost for vendors is $10 per day. COVID-19 guidelines will be enforced, Mrs. Miller said.

Mrs. Miller said that an $8,000 investment is needed to put on the annual show. She plans to update the organization’s board at a meeting on Wednesday.

“We’re going to talk about it,” she said. “I’ve got a bunch of stuff to write up and show them exactly where they money is at and how much it takes to put this on and that on, and if we eliminate this and that.”

Lance H. Blood of Rome, president of the Flywheels and Pulleys Club, said plans are for the flea market to also be held in June, July and August, with dates to be announced.

Mr. Blood, 82, rebuilds and does restoration work on vintage BSA, Norton and Triumph motorcycles. He was riding a Norton machine in 1976 when, out for a ride, he stumbled across the first Old Time Gas and Steam Engine Show. He still owns that motorcycle.

“I’d come down that hill right there at Constableville at the firemen’s field,” he recalled. “I’d seen that action and thought, ‘Well, maybe I oughta stop and take a look.’ That’s how I got into it. I stopped that day. I probably should have kept going,” he added with a laugh.

In addition to showing his motorcycles, Mr. Blood helps to operate a small saw mill on festival grounds.

“We try to have the sawmill running and we have a drag saw,” he said.

He explained that a drag saw was something used to cut logs for firewood. Chain saws replaced them.

“It looks like a cross-cut saw on an eccentric arm that’s run by a mechanism with an old gas engine,” he said. “We saw little discs off and we have a branding iron that says F and P on it. People like that.”

But getting young people interested in such equipment has been challenging, Mr. Blood said.

“What you find is members who are 50-plus years,” he said. “A few younger people come. But when they do come with their grandfathers, they usually get interested.”

“I don’t think they appreciate it as much as us older ones,” Mrs. Miller said. “That’s hurt us because we’ve lost a lot of the older people who were really enthused with it. We are, and we’d like to pass that on.”

Mrs. Miller said that if the flea markets go well, it could be a big boost to the nonprofit. People are showing interest in next weekend’s market, she added.

“We’re having calls and they’re signing up and hopefully they’ll be as successful as they can be,” she said.