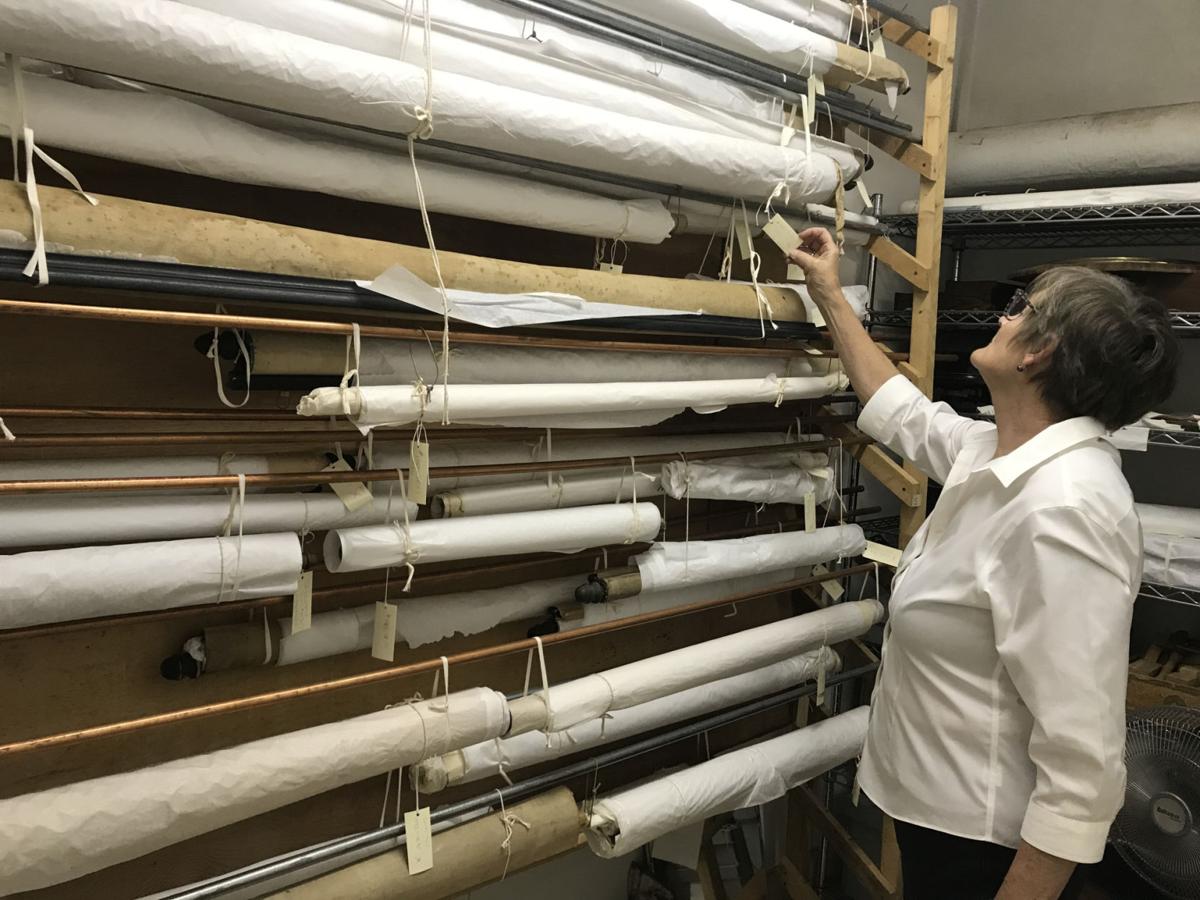 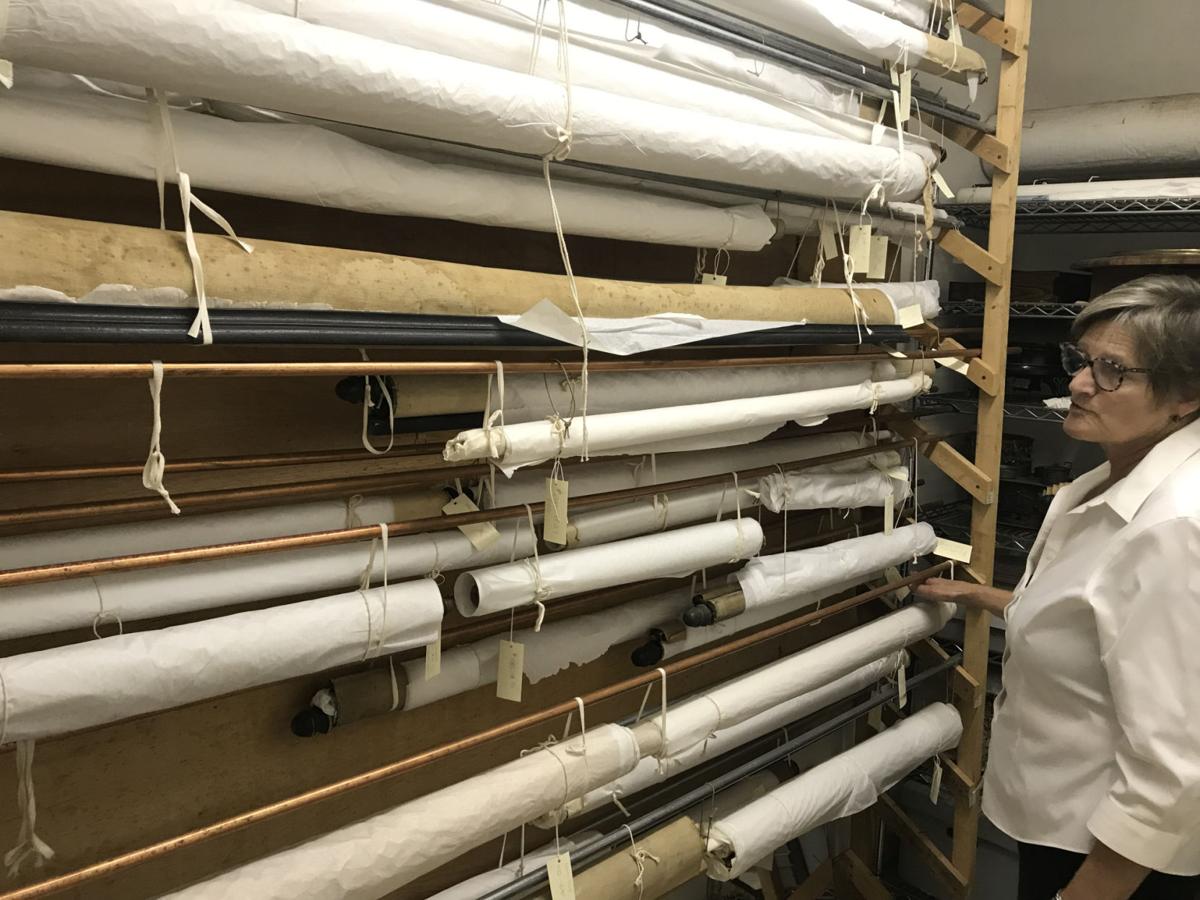 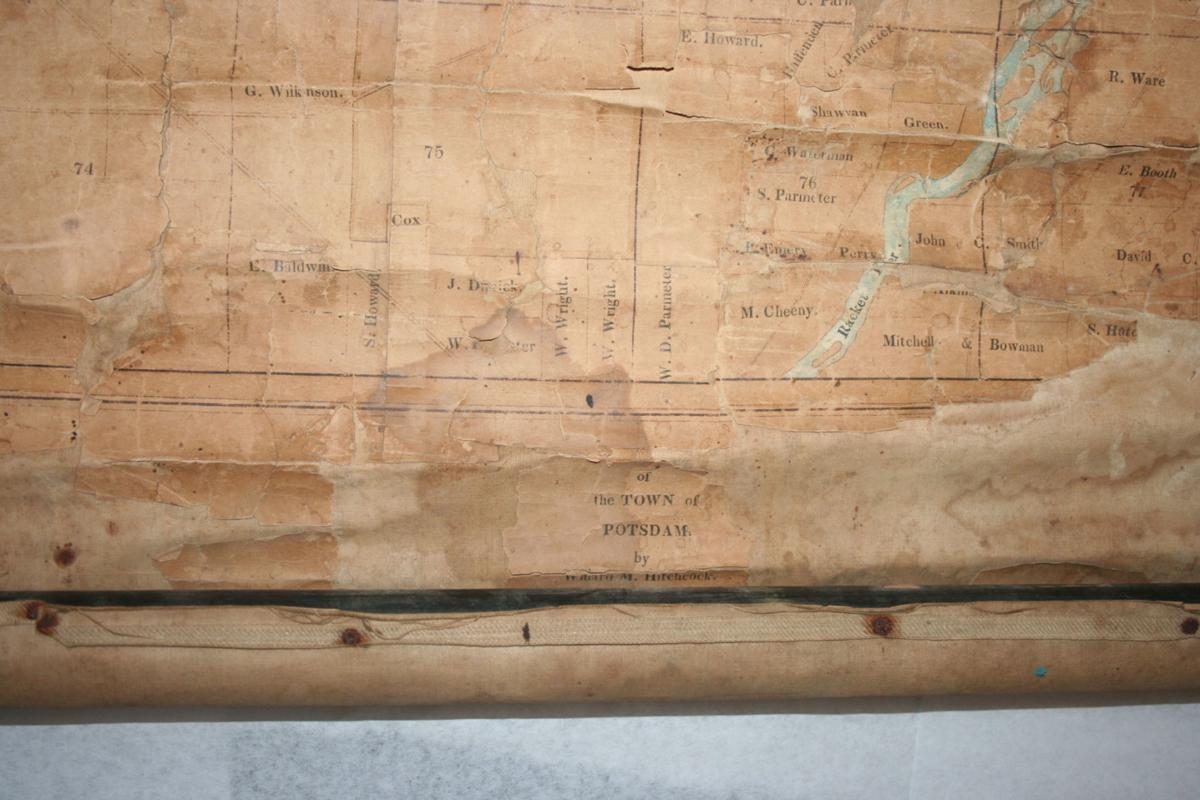 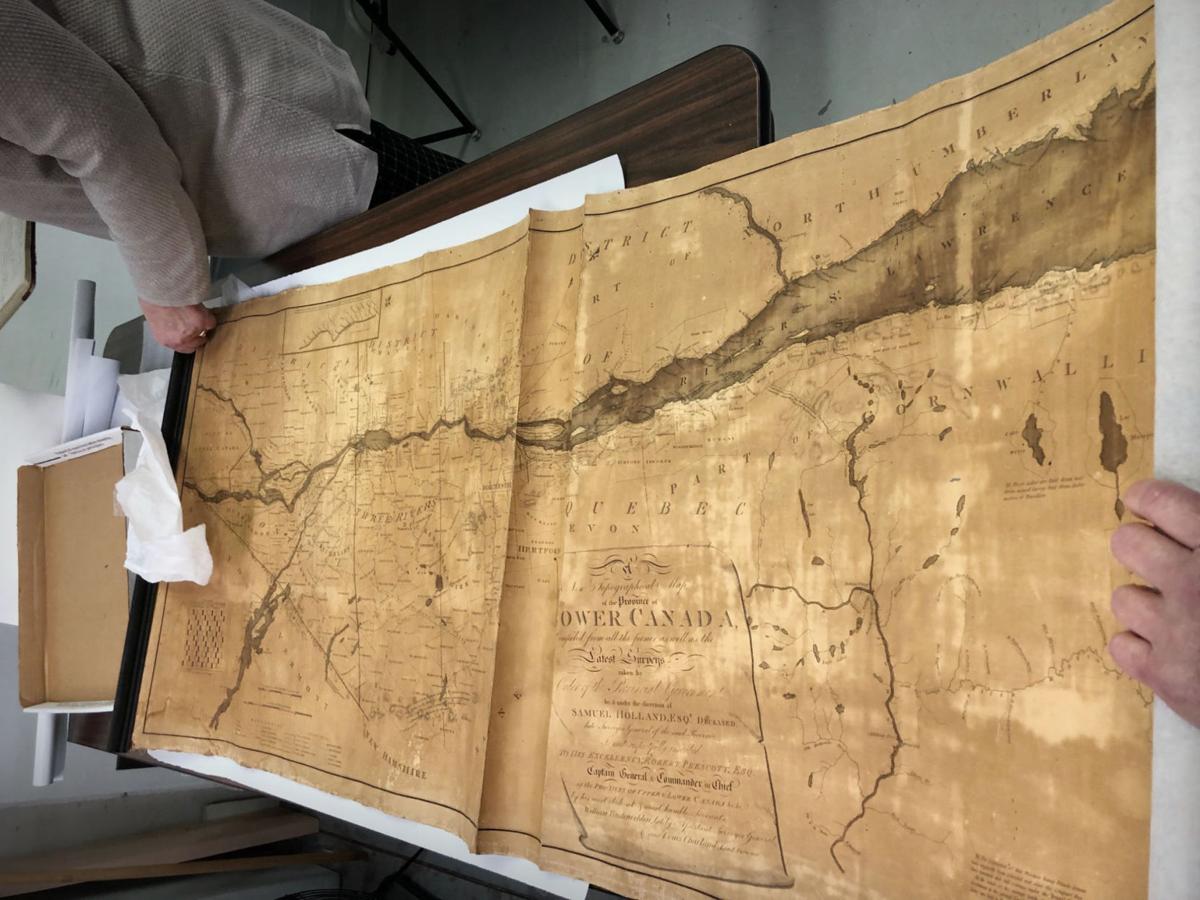 The 1803 Map of Lower Canada that the Potsdam Museum has sent out for conservation. Photo/Potsdam Public Museum Archives

The 1803 Map of Lower Canada that the Potsdam Museum has sent out for conservation. Photo/Potsdam Public Museum Archives

POTSDAM — It was by happenstance and curiosity that, while exploring the basement relics of the Potsdam Museum map room, Historian and Museum Curator and Director Mimi Van Deusen found a rare gem.

Donated to the museum in 1962 by retired surveyor Howard M. Smith, formerly of 33 Pierrepont Ave. in the village, Ms. Van Deusen discovered the 1803 topographical map of Lower Canada created in London by William Vondenvelden, one of what she believes is only four in the world.

“We were just doing an inventory of our maps and so we went to the map room and we were thinking about the Friends of the Museum,” Ms. Van Deusen said. “They wanted to have a map conserved for us.”

The map room is filled with the tightly wound scrolls of topographical bygone eras that Ms. Van Deusen said visitors use as a source of genealogical exploration.

As she looked through the tagged maps Thursday, she called off maps of an 1858 St. Lawrence County, a 1983 navigational chart, and a 1970 map of Potsdam.

For the conservation project of the Friends of the Potsdam Museum, Ms. Van Deusen chose an 1838 map of Potsdam, the earliest map they have of the town.

“Then, when we were just about ready to leave, I said ‘let’s look at all the labels on all the maps,’ and way in the back somewhere, we found this one that said Lower Canada 1803,” she said.

A quick search of the internet and she said she learned it was one of four in existence, with two residing in Canada and the other in England. “I was like, ‘wow, this is a pretty rare map,’ and then it’s got all the names of all the landowners along the St. Lawrence River in the U.S. and in Canada,” Ms. Van Deusen said, looking over an image of the map. “People come in to do genealogy all of the time and they are always trying to find out stuff between Canada and the U.S., names and places.”

Ms. Van Deusen sent both the 1838 and 1803 maps to the Northeast Document Conservation Center in Andover, Mass., and, expecting that it would be about $600 apiece to conserve them, was surprised to learn that it was 10 times that. The Friends of the Potsdam Museum and the museum itself had funding raised for the repair for the 1838 map of the town of Potsdam, but the money for the 1803 map wasn’t there.

According to an estimate of the 1803 map by the conservation center, a recommended treatment plan would include separating the mounting rods from the object and separating the map from its cloth backing.

As a result, the 25¼-inch by 86-inch map has a trough at the seams, she said. The restoration would mostly entail removing the three segments from the original cloth backing and treating it with a new backing and reduce the staining and discoloration of the map.

Ms. Van Deusen said she didn’t want to ask community members to help pay for the restoration of the map, as Potsdam wasn’t on it, so, for a minimal fee, the conservation center will store the map while funding is secured.

In her search for funding, Ms. Van Deusen was approached by Potsdam Library Director Ann T. Chase, who found an application through the Northern NY Library Network Special Collections Grant that would cover the fees for the repairs.

The one stipulation was that applicants had to be members of the Northern New York Library Network in order to apply or be sponsored by a library in the system and Ms. Chase agreed to have Potsdam be the sponsoring agency.

Ms. Van Deusen completed the grant application and got it off just in time to beat the deadline, which was Aug. 16. She said she will find out if the museum will receive the funding some time in December.

“It’s going to be really cool and what Annie wants to do is have a banner of it made and have it hang in the library,” Ms. Van Deusen said. “We know that because half of the people who walk in here are doing genealogy and family searches, this is going to be valuable to our clientele to our visitors.

Well since the map is not of the US why spend money on something Canadian?

because its historically significant?