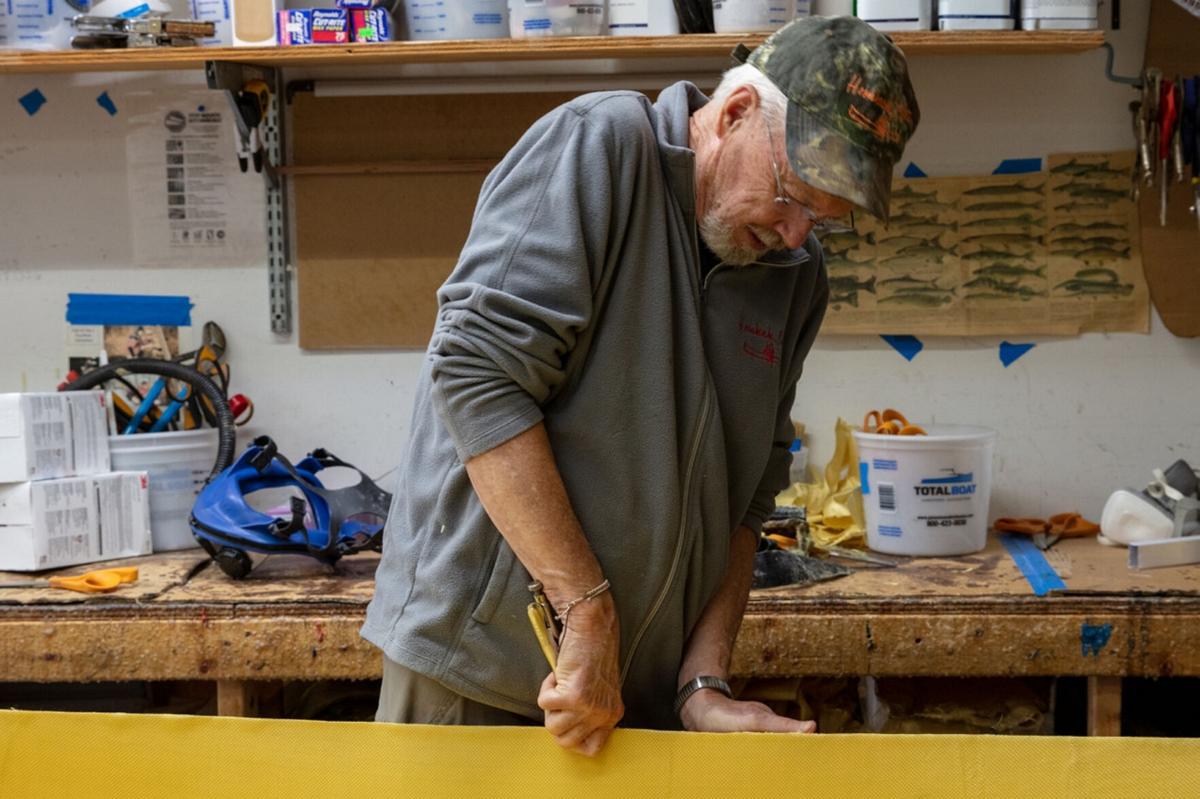 Peter Hornbeck works on one of his creations last year. Photo by Tom Curley 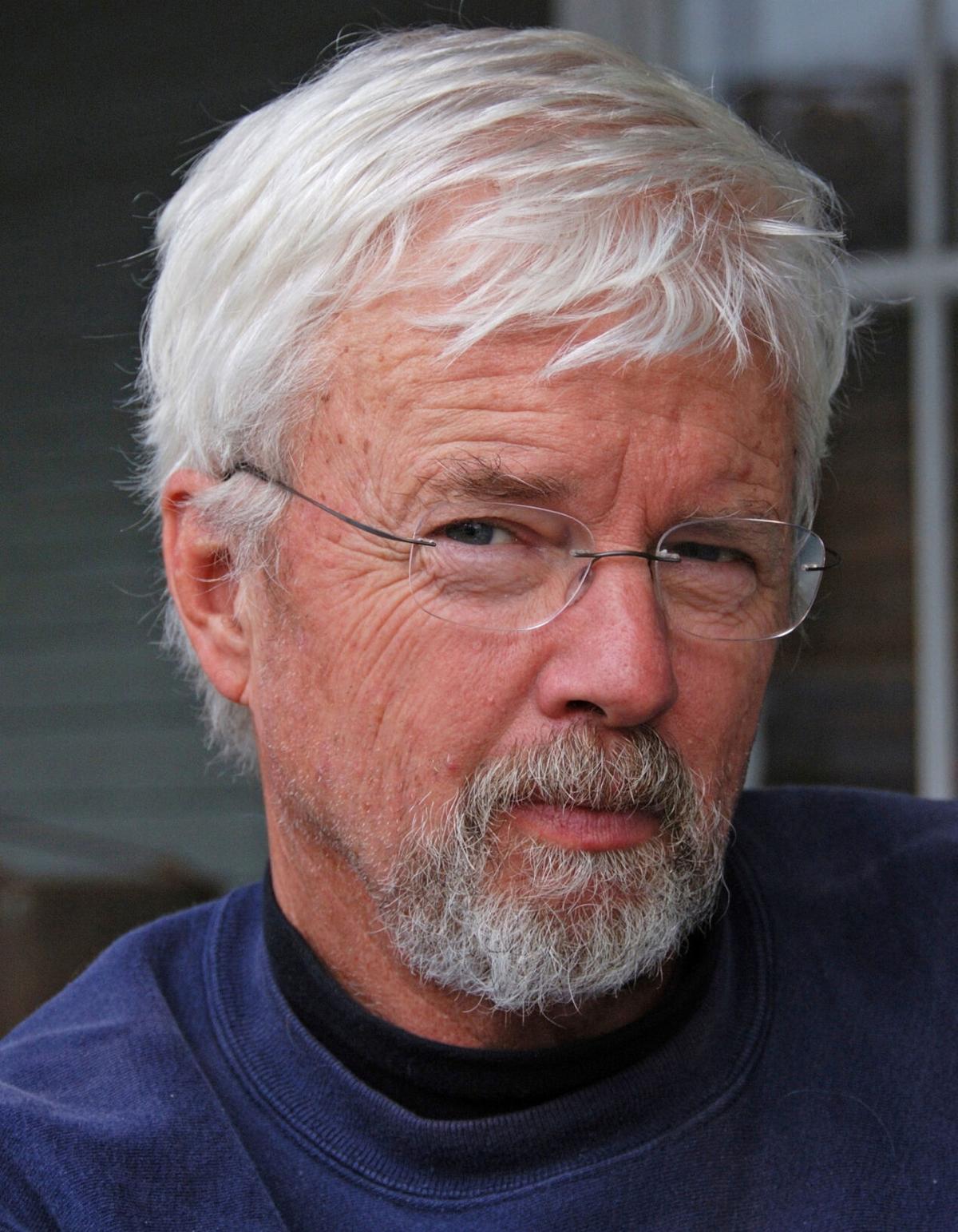 Peter Hornbeck works on one of his creations last year. Photo by Tom Curley

A renowned boat builder who pioneered the creation of lightweight canoes that fit perfectly with the wilderness of Adirondack ponds and lakes — “the lightest boats in the woods” — died Saturday following a hike with his family.

He died of a heart attack after a walk in the woods with his family, a family member posted on the Hornbeck Boats Inc. Facebook page.

“There was no warning,” the post reads. “Pete had a clean bill of health from the cardiologist just this month.”

The hulls of Hornbeck boats are made of Kevlar, carbon fiber or a combination of both, creating lightweight crafts, perfect for the portages of the Adirondacks or for seeking out remote mountain ponds.

It was a pure love of the Adirondacks that inspired Mr. Hornbeck, who did not grow up in the area and had no boat-building background.

“I know very few people who get to live life exactly the way they wanted,” daughter Leigh Hornbeck said. “But he really did.”

Peter and his wife, Ann, grew up in Hamburg, a suburb of Buffalo.

“The love of wilderness, being outside, came first,” Ms. Hornbeck, the couple’s only child and a reporter for the Albany Times Union said in a phone interview on Tuesday.

Ms. Hornbeck said there’s a family story that’s been handed down that explains how her parents came to the Adirondacks.

“He had an uncle who did a lot of outdoor things with him,” she said. “At some point, he hitch-hiked east to the Adirondacks and fell in love with it. He knew that as an adult he was going to live there.”

“It’s important to know two things about my father,” Ms. Hornbeck said. “One is his creativity. Everything was drawn from a place of artistry and creativity. Second, he was his own man. He wasn’t interested in taking orders from anybody, not compromising.”

Her father’s interest in boats began when he studied the works of John H. Rushton, who in 1875 began building boats in Canton. Mr. Rushton built lightweight canoes for the guide George Washington Sears, also known as Nessmuk, whose articles for Forest and Stream magazine popularized solo wilderness canoeing.

“My father loved to explore the woods by himself,” Ms. Hornbeck said. “He hated cities. He hated crowds. He liked to be alone in the woods.”

Building lightweight boats offered the perfect opportunity to do that and to share such experiences with others. Ms. Hornbeck said her dad first used Fiberglas, then Kevlar and later carbon fiber.

“I don’t know if he ever built a wooden boat,” Ms. Hornbeck said. “I bet he did, out of curiosity.”

“For 23 years, from the time he started Johnsburg to 1992, boats were something he did on the side,” Ms. Hornbeck said. “He’d come home from school, get into his work clothes for the shop and go over to work until late until my mother would drag him over for dinner. And he would often go back after dinner.”

His success in building his lightweight boats became legendary.

“What he accomplished was considerable,” independent Adirondack historian Edward “Ted” Comstock said. “In a crowded world where there are all sorts of lightweight canoes, his design and his good-guy persona made a great big difference far beyond the region. Given the technologies of synthetics, regardless of whether or not it’s Fiberglas or carbon fiber, there are plenty out there, but Peter Hornbeck stood out with his design.”

Robert Frenette, owner of Raquette River Outfitters, Tupper Lake, said that Mr. Hornbeck had a tremendous influence on getting more people out onto Adirondack waters.

“He mirrored, by about 100 years, the first influx of canoes into the Adirondacks in the 1880s,” Mr. Frenette said. “I think he knew the history and reproduced some of those boats from that time period.”

He also improved upon those early designs, Mr. Frenette said.

“By using modern materials, he kept the boats really light. That’s what really opened up for him for it to take off like it did.”

Mr. Frenette, who knew Mr. Hornbeck well, said that his friend told him one time that his original customers were older men who wanted to keep fishing in remote areas and needed a lightweight canoe for the task.

“Eventually, women realized they could take a boat, throw it on top of their car and they didn’t need to wait for their boyfriends or husbands or somebody else to go canoeing with,” Mr. Frenette said. “That just opened up a whole new world.”

Mr. Hornbeck sold his vessels directly from his shop.

“He didn’t become a big national manufacturer even though he had a worldwide audience,” Mr. Frenette said. “He didn’t put all his boats out to dealers like a lot of these other canoe companies do. But he was so successful, he has a lot of copycats. People realized the success of not only his design but a lot of people came up with their own designs. The whole genre was pushed by him in the early days. It caught on and everybody else who made canoes had to have one of those in their lineup.”

Hornbeck Boats Inc., has been operated by Ms. Hornbeck’s husband, Josh Trombley, since May of 2018.

“My father wanted to step back a bit,” Ms. Hornbeck said. “He brought my husband on, who has an MBA and has been in sales all his professional life.”

Ms. Hornbeck doesn’t have any experience in building boats.

“I wanted to be a journalist from the time I was little,” she said.

Honoring her father’s request, there will be no funeral service for Mr. Hornbeck.

“That’s kind of hard in many ways because there have been so many messages from so many people shocked as we all are that he just dropped dead, being otherwise extremely healthy,” Ms. Hornbeck said.

But a friend of the family suggested a parade.

“We’re going to do that tomorrow,” Ms. Hornbeck said Tuesday.

So today, friends and family will pack a Hornbeck boat on top of their vehicles and drive what Ms. Hornbeck called, “around the block”: through Blue Mountain Lake, Indian Lake and North Creek.

“He would have liked that sort of thing,” Ms. Hornbeck said. “He loved being the center of attention. He loved to hold court and tell stories. These things are for the living, so I’m hoping that it’s something we can do for the people who admired him.”

“I saw him a lot,” he said. “I do a lot of shuttles to the different lakes with my outfitting. Every year, he comes up and stops and visits. We have a good talk, and he brings in his grandkids. He was pretty happy to be retired. I was teasing him one day getting out of his boat, kind of stiffly. He said, ‘Yeah — the only mistake I made was maybe not retiring earlier.’”