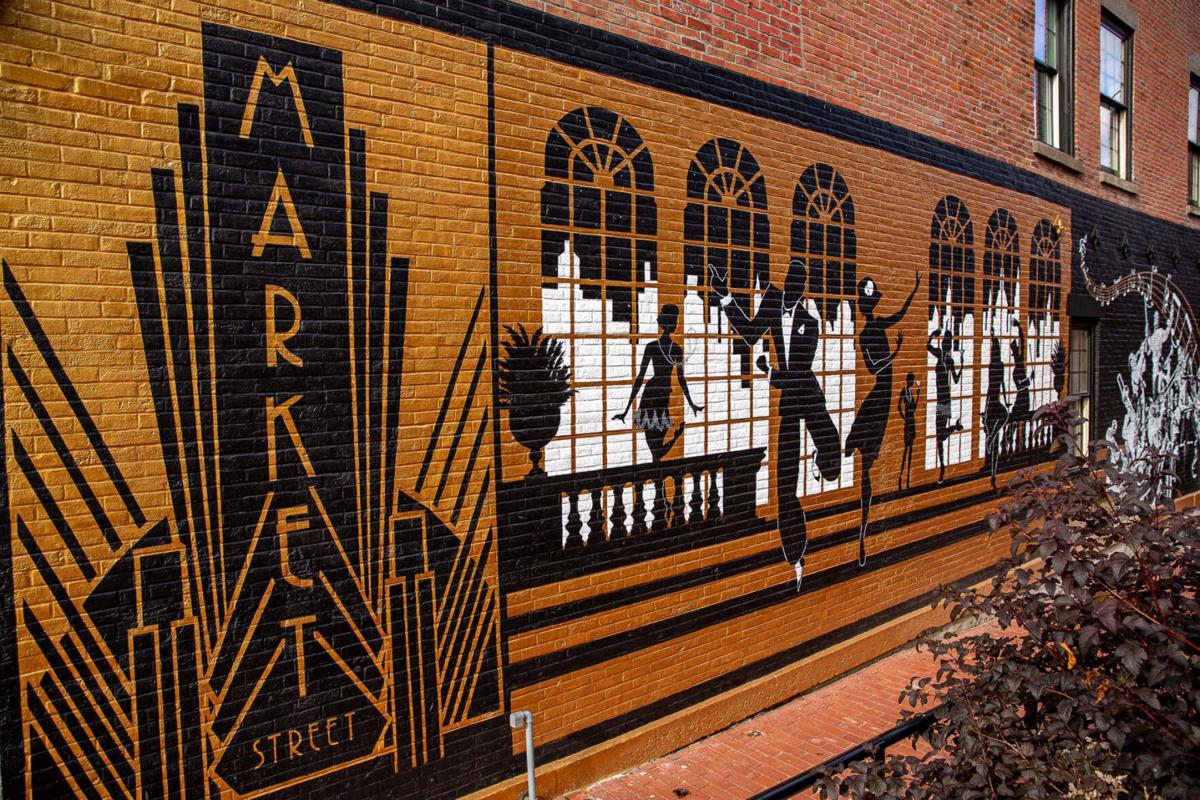 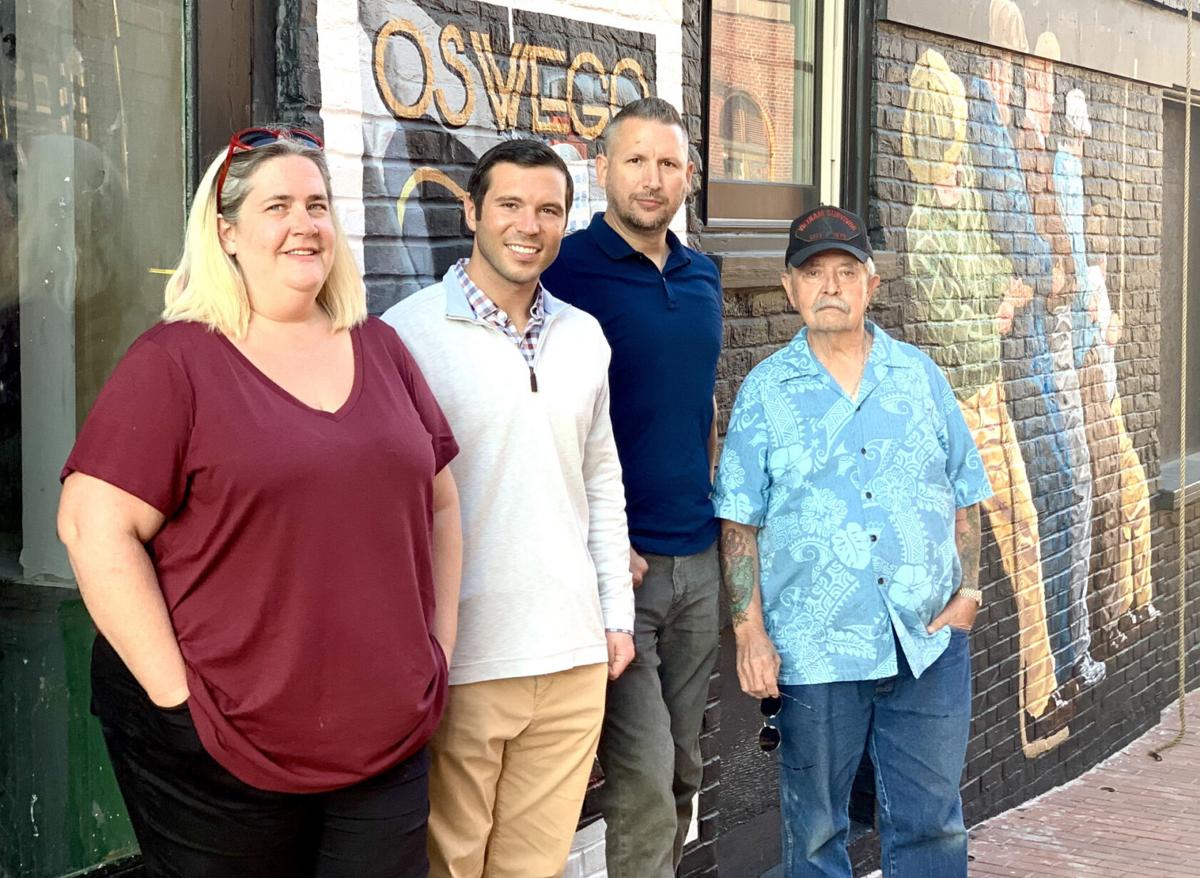 Pictured is Mayor Barlow with artist Marcus Osmun and other artists who worked on the Schilling Building mural. 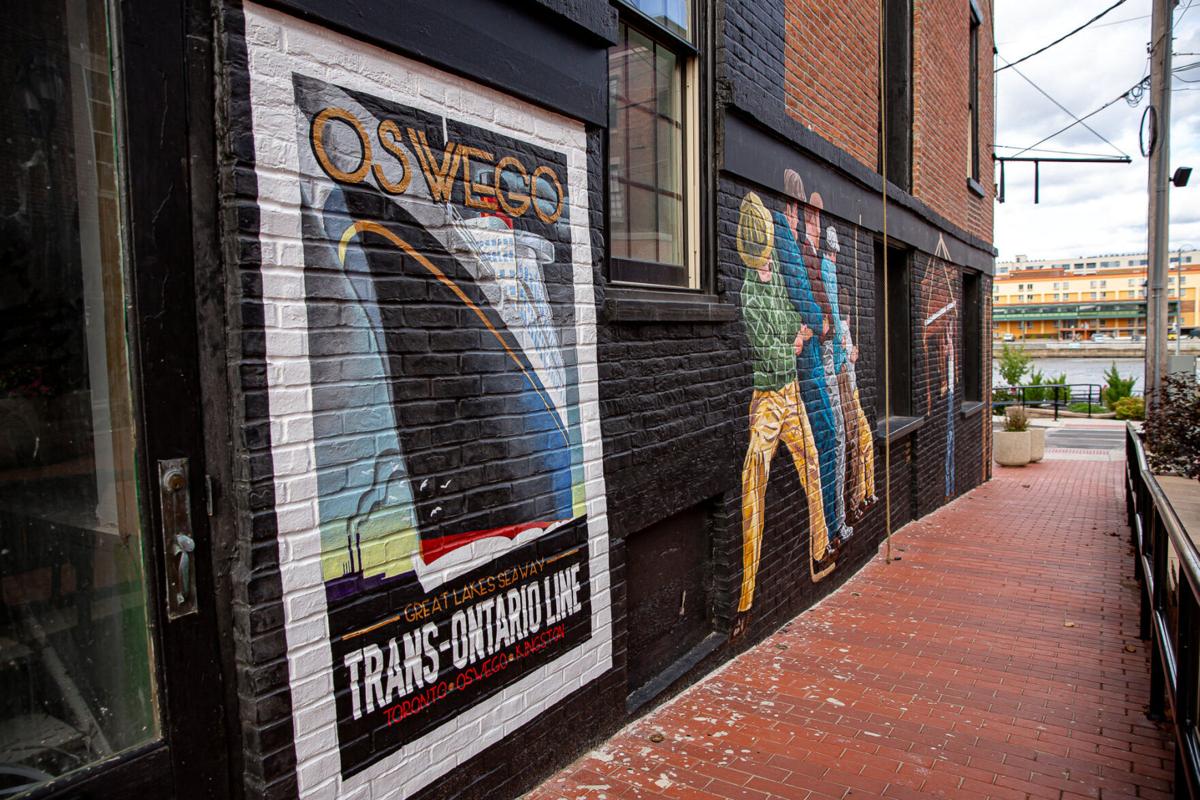 Pictured is Mayor Barlow with artist Marcus Osmun and other artists who worked on the Schilling Building mural.

OSWEGO - Mayor Billy Barlow announced the completion of a large building mural at the Water Street Square pocket park in downtown Oswego. Located at 161 W. First St., the mural features a 1920’s era theme, while highlighting the history of the building as a former music store, owned by Professor Frank Schilling, from 1892 until 1927. The building was built around 1850 and bought by Professor Schilling in 1892. In addition to working as a professor, Schilling was a music teacher and started to sell instruments. The building, known then as the Schilling Block, became his store, and was used to sell musical instruments including Steinway piano’s. To this day, people can still see the pulley on top of the building used long ago to hoist pianos into the air and into the building, also incorporated into the new mural. The mural concept was designed by Mayor Barlow, Syracuse based mural artist Marcus Osmun and building owner Warren Shaw and was installed on the building by award winning artist Osmun and his team.

“The finished mural commemorating the history of the Schilling Building and nicely complementing our new Water Street Square downtown pocket park serves as a great attraction, bringing people to Water Street and the pocket park to look at the mural and grab some photos. Already a popular hit, it’ll attract even more folks down to see the final, completed product,” said Mayor Barlow. “Marcus and his team did a phenomenal job and I thank Warren Shaw for allowing us to place this mural on his building to border our park,” Barlow said.

Mural artist Osmun thanked Mayor Barlow for the opportunity and said, “I’m honored to contribute a mural in one of the communities I grew up in. They can lend a powerful ambience to a neighborhood and I hope everyone is pleased with the completed project and enjoys it.”

The city of Oswego invested roughly $950,000 from the $10 million Downtown Revitalization Initiative grant to build Water Street Square, a small downtown mini park replacing a dead-end road. The city uses the new park to host the Water Street Square concert series every Friday night in the summer and has been used by the public for weddings, prom photos, proposals and other milestone celebrations.

Warren Shaw, owner of the Schilling Building, said, “it was truly a pleasure to be included in Mayor Barlow’s ongoing efforts to bring beautification and increased recreational opportunities to our community. His vision continues to make Oswego a better place to live and visit. “

Osmun documented the construction of the mural through a blog on his website on https://marcusosmun.com/f/new-mural.