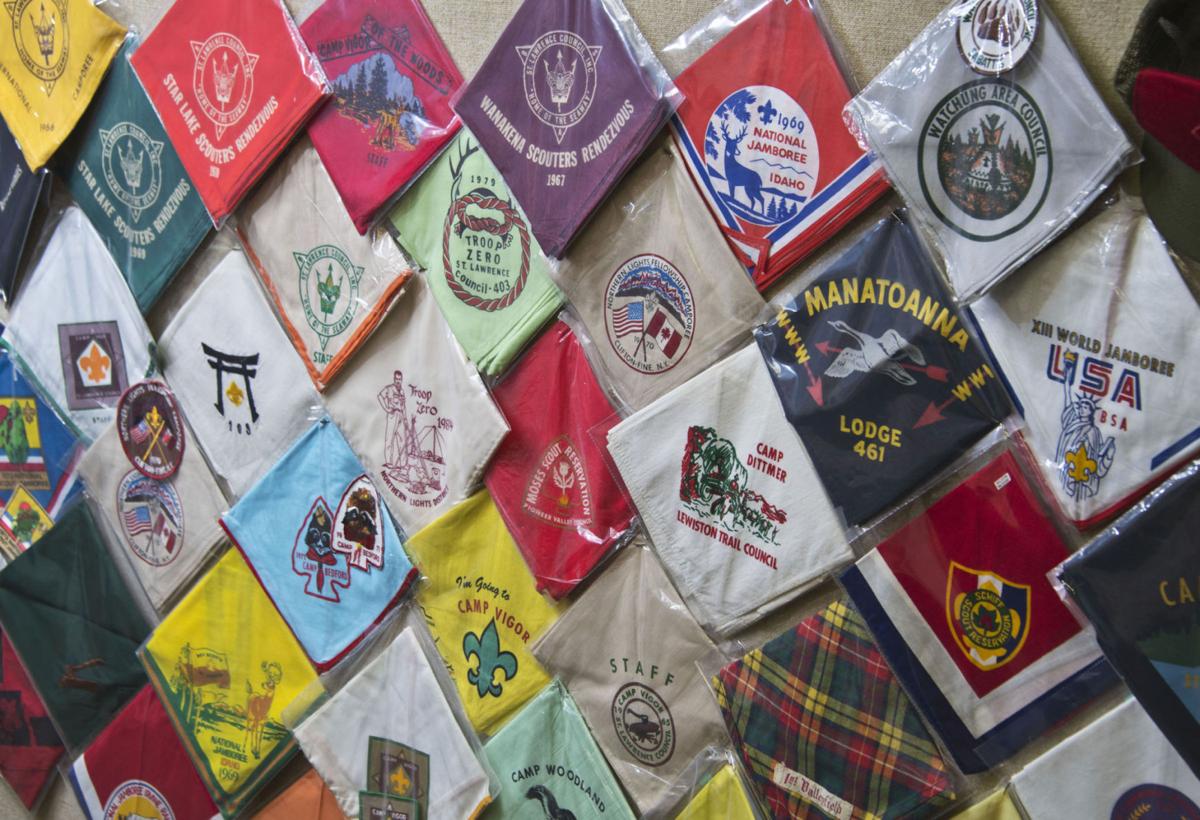 A collection of Scouting scarves on display at the Massena Museum. Christopher Lenney/Watertown Daily Times 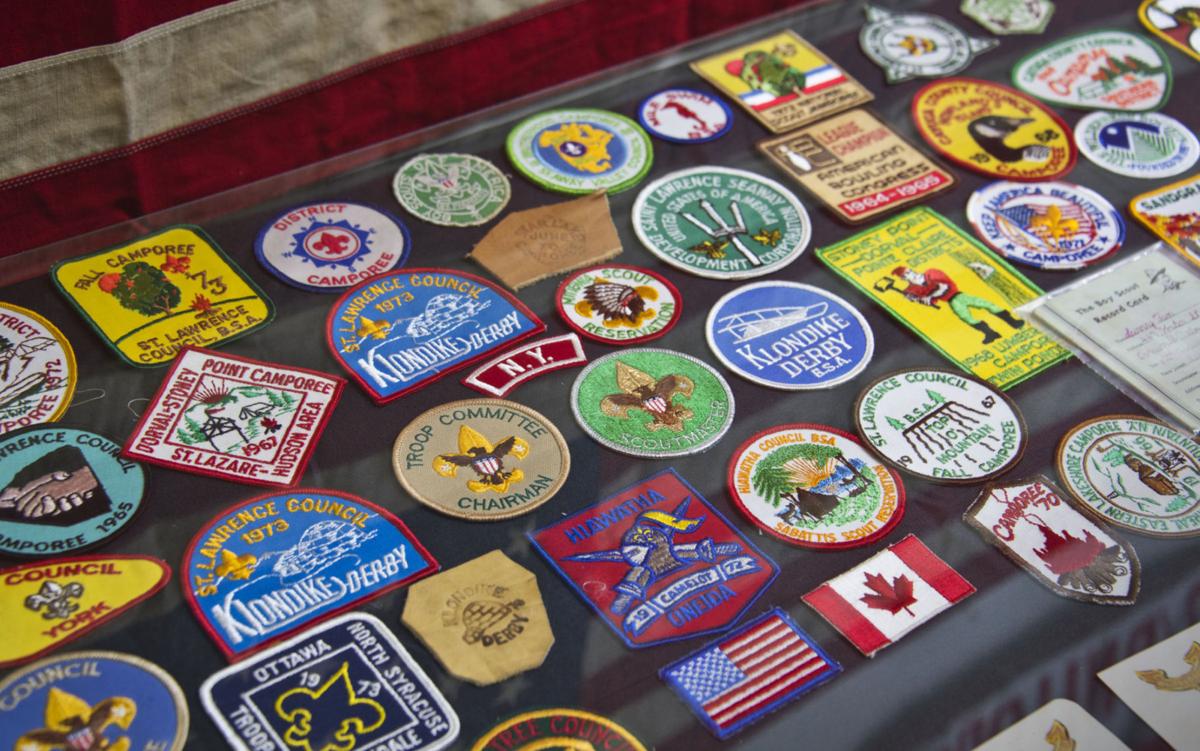 An extensive array of scouting patches on display at the Massena Museum. Christopher Lenney/Watertown Daily Times 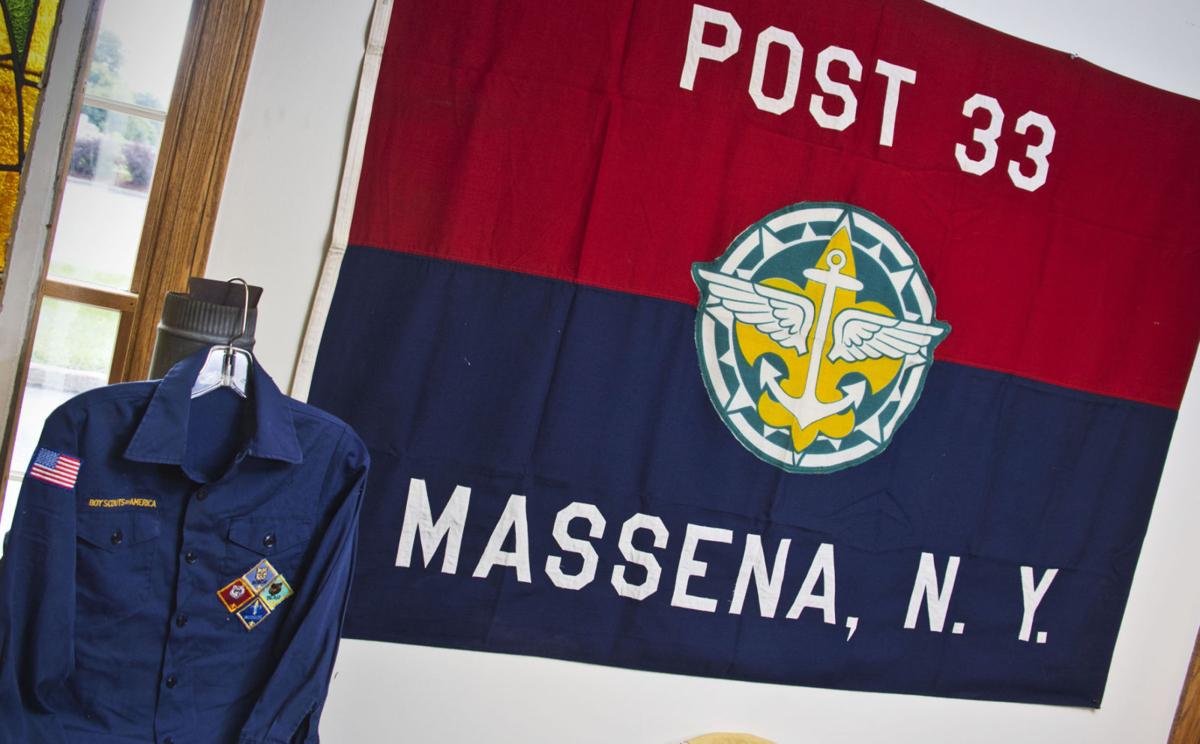 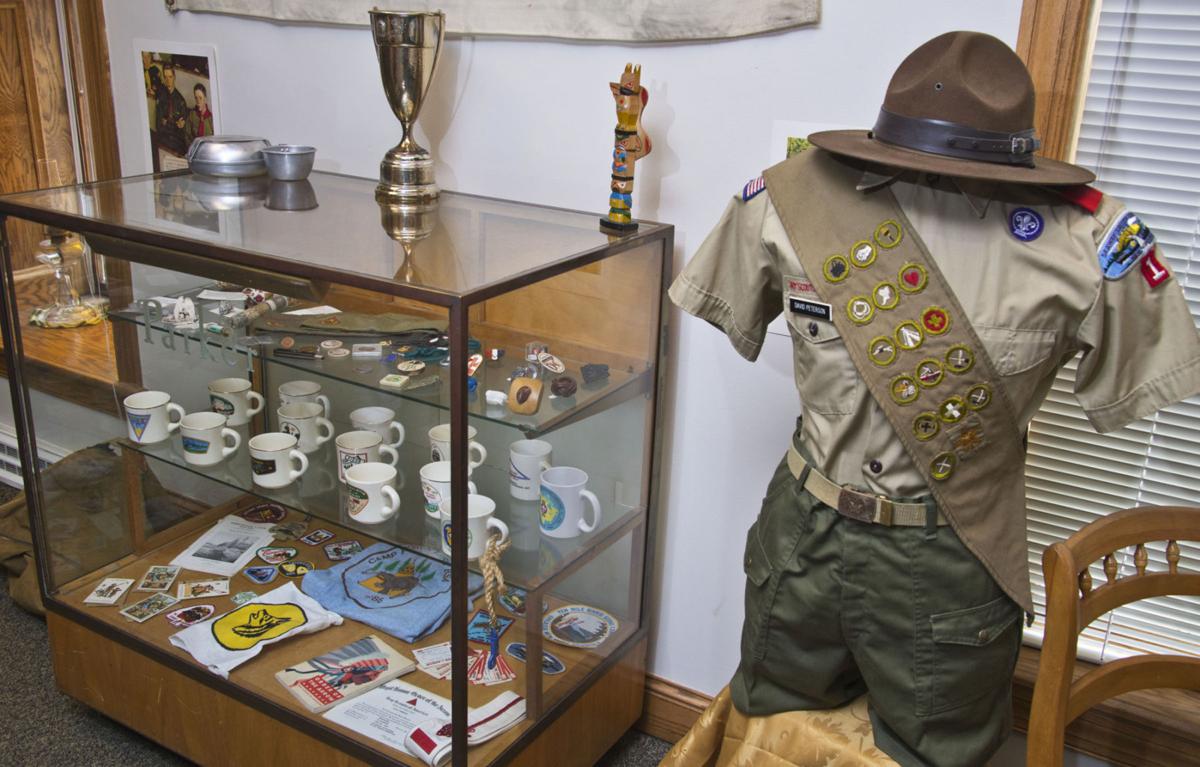 A scout uniform and hat, right, next to a display of scouting souvenirs at the Massena Museum. Christopher Lenney/Watertown Daily Times

A collection of Scouting scarves on display at the Massena Museum. Christopher Lenney/Watertown Daily Times

An extensive array of scouting patches on display at the Massena Museum. Christopher Lenney/Watertown Daily Times

A scout uniform and hat, right, next to a display of scouting souvenirs at the Massena Museum. Christopher Lenney/Watertown Daily Times

MASSENA — Before David Peterson and his wife left the north country for the Rochester area, he had a gift for the Celine G. Philibert Memorial Cultural Centre and Museum.

That gift is now on display — tables and walls of Boy Scout memorabilia Mr. Peterson had collected over the years during his association with the Boy Scouts of America.

The first Boy Scout troop was formed in Massena in 1911 and held its meetings at the Baptist church. Mr. Peterson served as the scoutmaster for Troop 32, which was sponsored by Emmanuel Congregational Church.

Mr. Peterson was very involved with the Boy Scout program, serving as scoutmaster of Troop 32 beginning in March 1960. Among his accomplishments, he was named Leader of the Year in 1966.

An article in the Massena Observer noted he had “conducted an active program of Scouting in his troop as evidenced by his generally good advancement in ranks by his Scouts, his long record of most of the troop attending summer camp for several years, and the active participation of the entire troop in all camporees, rallies, and Scouting Good Turn events of the council, district and community.”

The museum display highlights all of Mr. Peterson’s accomplishments, and more. Among the items is a Boy Scout uniform that he wore, as well as one worn by Jim Beckstead.

Other Scout-related items, many of them from Mr. Peterson’s collection, fill the display room.

One section includes group photographs of Massena’s Boy Scout troops. There are also newspaper articles and membership cards, as well as merit badges and patches from camporees and jamborees, including Camp Vigor In the Woods, which was located near Parishville. A camporee is a local or regional gathering of scouting units for a period of camping and common activities. Similar to a camporee, a jamboree occurs less often and draws units from the entire nation or world.

There’s information, including a handbook, on the Order of the Arrow, a National Honor Society of the Boy Scouts, composed of Scouts who best exemplify the Scout oath and law in their daily lives. Eagle Scout and Silver Beaver information is also displayed. The Silver Beaver award recognizes scouts of exceptional character who have provided distinguished service within a council, an honor also earned by Mr. Peterson.

Also on display are Scout handbooks and several neckerchiefs worn by scouts, as well as memorabilia like mugs and a totem pole.

Ms. Casselman said Mr. Peterson also had a used canoe, which he gave to Drs. Neil and Joanne Cichetti, who have been involved with Troop 41 in Massena. Their son, Andrew, achieved the rank of Eagle Scout this year.