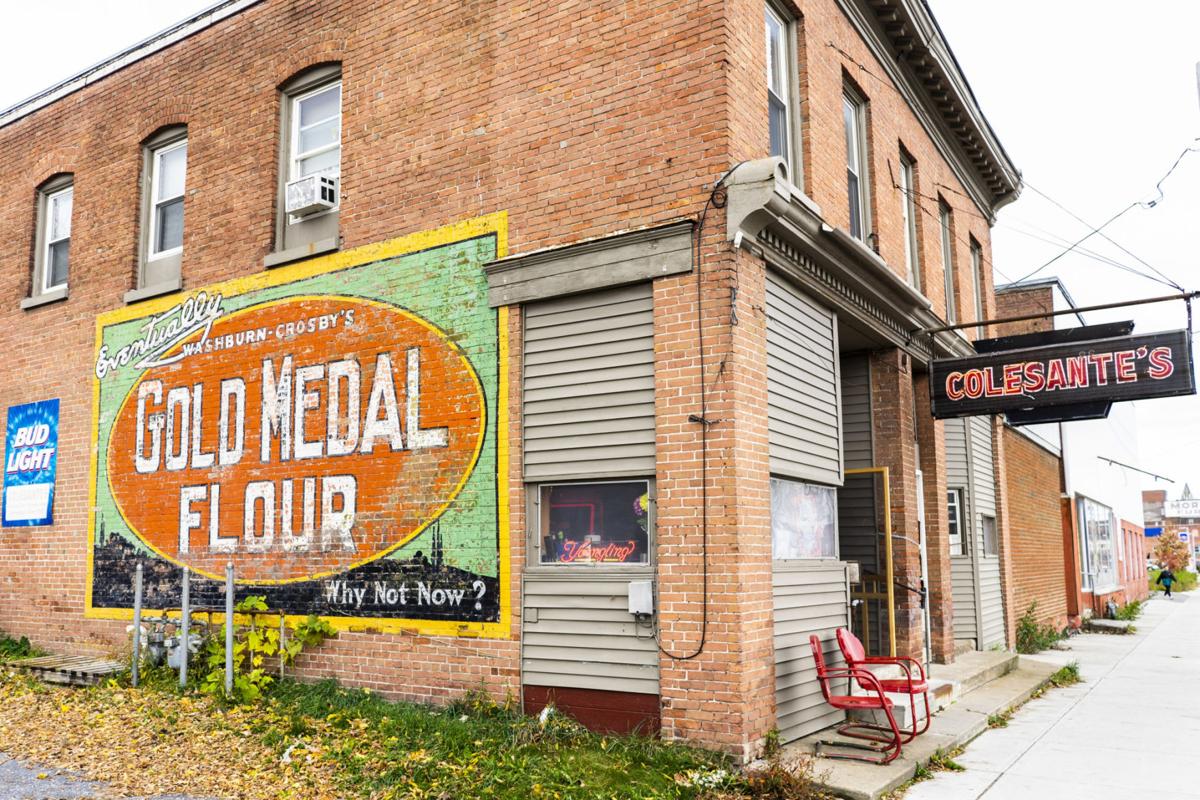 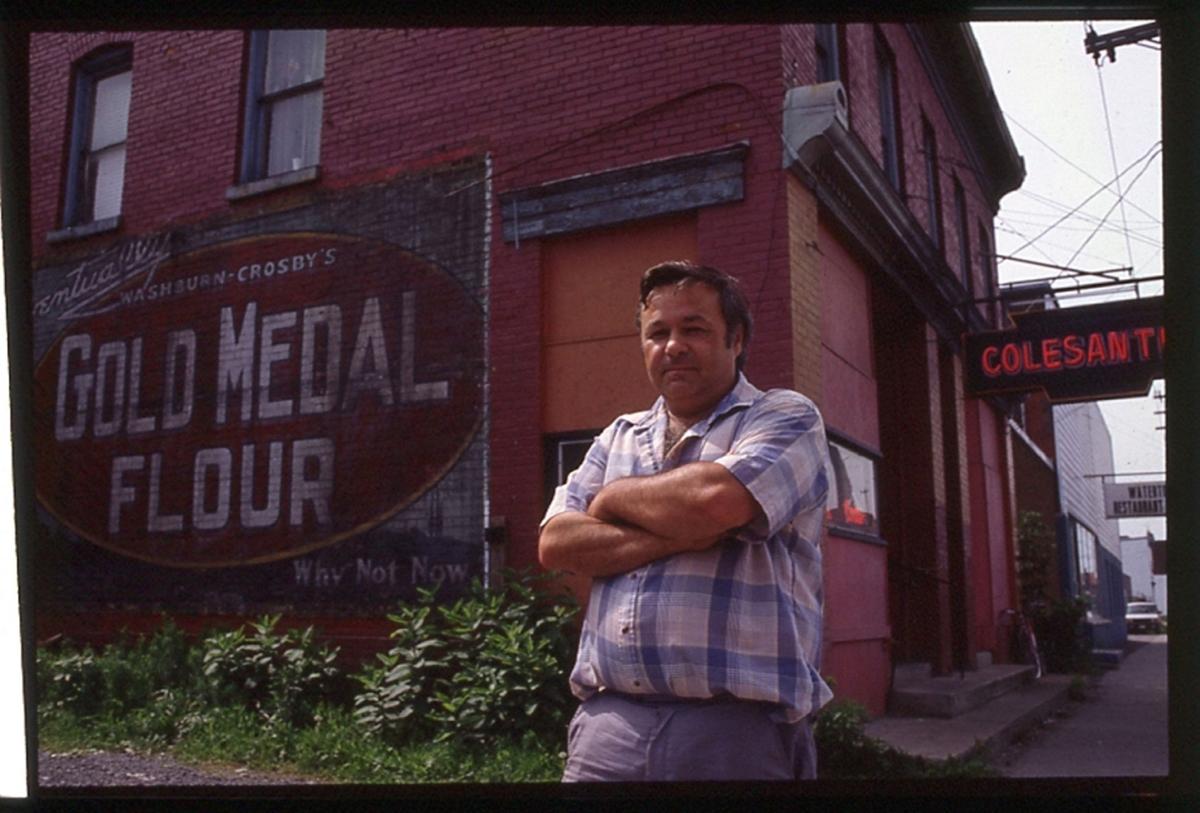 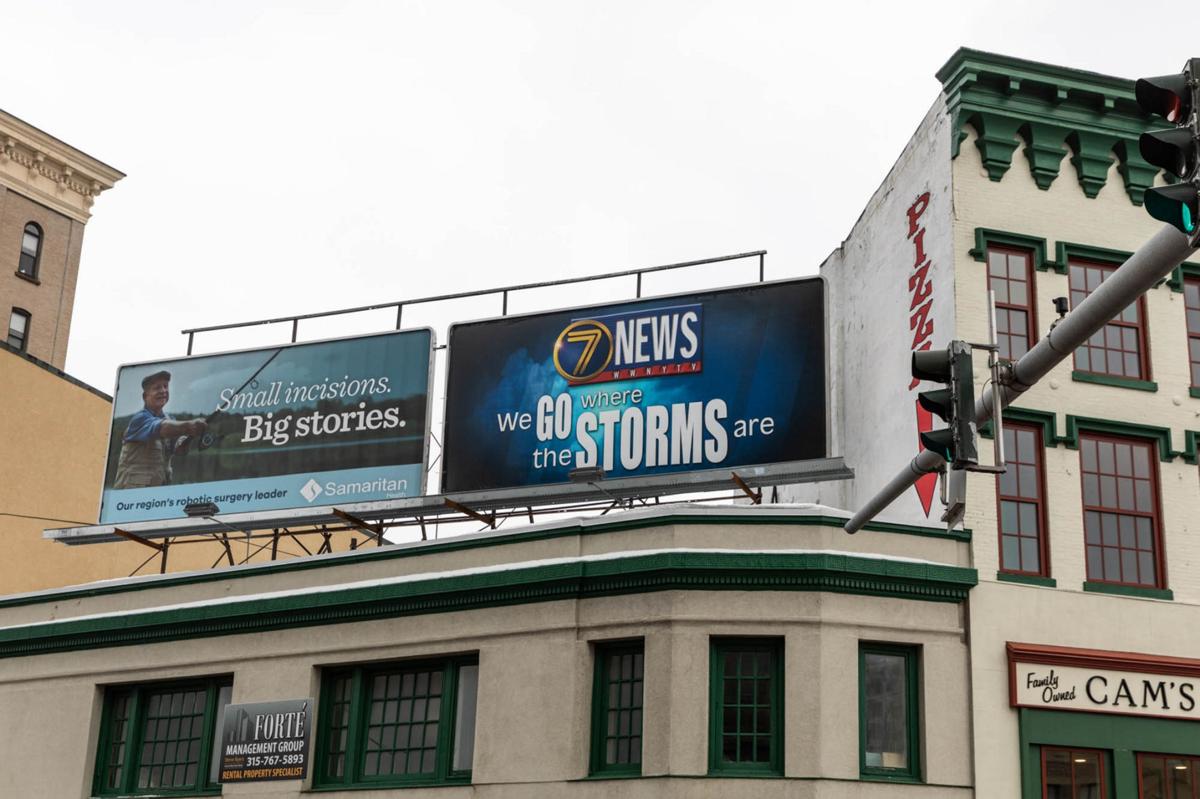 Watertown City Council will consider a moratorium on digital billboards after the owner of this downtown building wanted to put one on its roof this year. A hundred years ago, council members debated the legality of a billboard on the side of a truck. Sydney Schaefer/Watertown Daily Times

Watertown City Council will consider a moratorium on digital billboards after the owner of this downtown building wanted to put one on its roof this year. A hundred years ago, council members debated the legality of a billboard on the side of a truck. Sydney Schaefer/Watertown Daily Times

WATERTOWN — In a sign that some things haven’t changed, a billboard on Public Square 100 years ago turned some heads with its brashness.

It raised concerns and alarm among city officials and residents. A Watertown Daily Times headline of June 16, 1919 asked: “When is a billboard not a billboard?”

City officials are asking that question again, 100 years later, after they received a request from a local businessman to replace two existing billboards with “digital signs” on the roof of a building at 104 Court St.

The city’s sign laws are several pages in length under miscellaneous provisions, 310.522. So from that, and for the record, some lawyer-speak language as to how the city defines a sign:

“Any representation used to identify, advertise or promote the interests of any person or business when such a sign is placed in the view of the general public out of doors ....” well — you get the idea.

In 1919, the sign controversy revolved around a truck. Attached to it was a large billboard.

“The truck is sold by a Watertown dealer and there is reason to believe that if the scheme works without protest from city government that other truck dealers will undertake the same proposition,” the Times reported. “Public Square will look like a flock of circus posters if all truck and automobile dealers carry out the plan.”

The Times pointed out a section of the city charter, largely unchanged in 100 years, that noted: “No person shall engage in the business of bill posting, bill distributing, sign advertising of any kind or distributing sample packages of merchandise or in any other like method ... without a license to do so.”

Also, in 1919, the Times story reported that city permission was required before putting up any billboard exceeding 6 feet in height.

To the present, city manager Rick Finn expressed concern earlier last month that the brightly-lit billboard suggested for Court Street would shine into the windows of tenants in a nearby building. It would also go against downtown’s traditional look, he said, and he didn’t want the central business district looking “like a fancy Christmas tree.”

Those alarming visions — a downtown “flock of circus posters” and a Square resembling a “fancy Christmas tree” — are some reasons why the city has codes.

Shawn R. McWayne, who has been the city’s code enforcement officer for nearly 30 years, has seen several changes in and styles of signs over the years.

“This, the LEDS, would be the most modern technologies,” he said of the digital sign proposal. “Over the years, it went from just basic wooden signs to backlit signs and the illuminations, like the big ones downtown. The lights shine up on them and it pretty much stays on the sign.”

The Code Enforcement office denied the application for the digital sign permit.

The owner of the building where the digital sign would be placed, Jake Johnson, told the City Council on Nov. 17 that it should be more open to change “that will affect the city in a positive way.” The sign would generate revenue but it could also inform people about things going on in the community.

City Council members originally considered establishing a one-year moratorium on electronic signs until the city figured out how to handle them.

As is, the city code is pretty exact as to what constitutes a sign; from sandwich board signs to window signs. Mr. McWane said that most sign companies are familiar with the city’s ordinance.

The sign ordinance is also easily available to the public, viewable on the city’s website under “miscellaneous provisions.”

“That was the whole idea behind the moratorium,” Mr. McWayne said. “To give the public a chance to comment on what they would like to see in signage. That was to give everybody when they did the public hearing to give their comments, so the council, planning department and all them can incorporate their ideas into the sign ordinance. But that may or may not happen.”

On Nov. 18, City Council members took no action on the proposed one-year moratorium in illuminated billboards and delayed scheduling a public hearing. Instead, members will discuss the matter at a December work session. Mr. Finn said that Council members will consider making major changes to the city’s zoning ordinance and what to do about signs in general.

Signs have often been aligned with controversy in the city over the years. Some of those other squabbles:

* In 1956, there was a request to amend the city ordinance by a business owner to allow for the construction of 30-foot billboard signs on business section storefronts. The ordinance proposal was withdrawn after two weeks. Among those opposed to the new sign idea were the Watertown Chamber of Commerce and Watertown Council of Churches.

Homer Perkins, representing First Baptist Church, told the Council he had heard that one of the signs would advertise alcohol.

“I trust we won’t change the lighthouse of God to the glaring red lights of the alcoholic beverage industry,” Mr. Perkins said.

“It is specifically forbidden that any new signs be illuminated. That probably will come next, although in the meantime, the phosphorescent variety that reflects brightly from headlights and even flashlights will intrude such as to become neighborhood eyesores.”

* A 1987 beautification law called for the removal of billboards in the downtown district. Much of the removal occurred in 1989. However, when a large Gold Medal Flour advertisement was uncovered on the side of Colesante’s Tavern on Factory Street that year after a large billboard was removed, the painted advertisement was allowed to remain. It dates to the 1920s or 1930s. City Corporation Counsel Peter S. Blodgett decided the sign wasn’t a “sign” but a “historic artifact.”

* In 1999, there was the A Doogie Doo dissention. A couple on State Street ran the business out of their home. They were granted a permit by the city on Dec. 3 for a new 4-square-foot sign attached to their house. Their old, free-standing sign, which was illegal according to city sign rules, was removed. The old sign was too large — 7 square feet instead of the maximum 4 square feet allowed — and was not attached to the house as required. Variances and a zoning changes were denied.

The end-of-world fears of 1919 in Watertown

If the sign is constantly changing while you watch then that could be very distracting, both a safety hazard and an eyesore. But if the digitization is just so the sign contents can be replaced cheaply and easily, such that it could be changed once a day perhaps, then that should be no different from a regular sign.