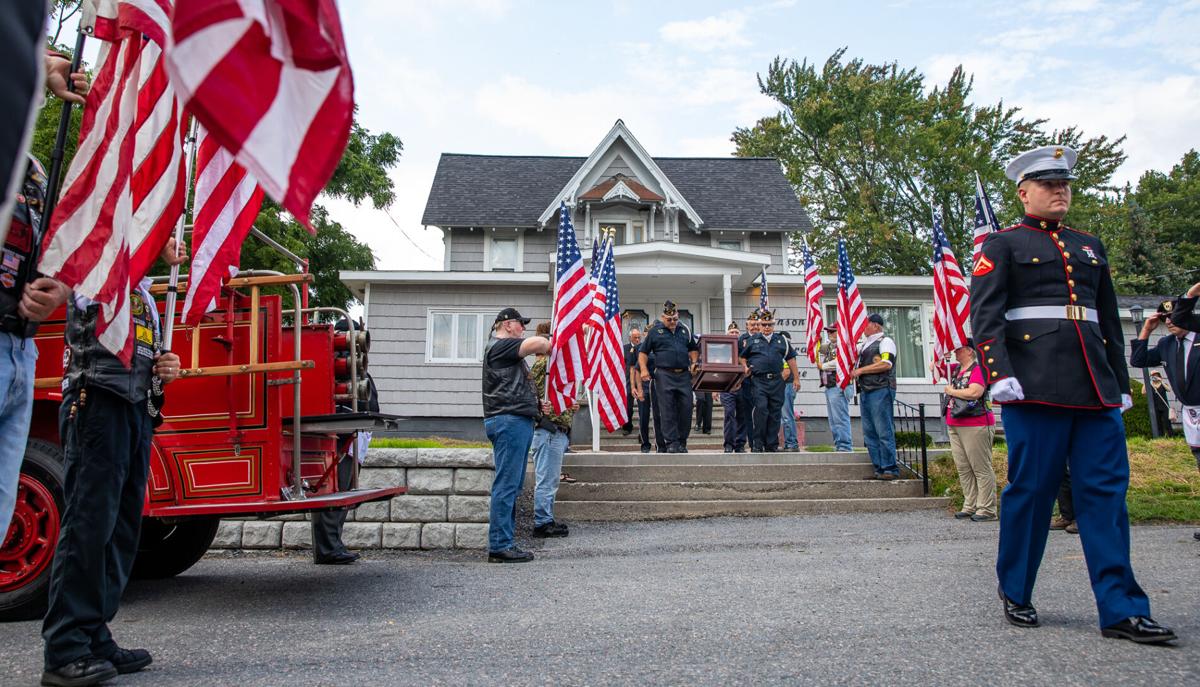 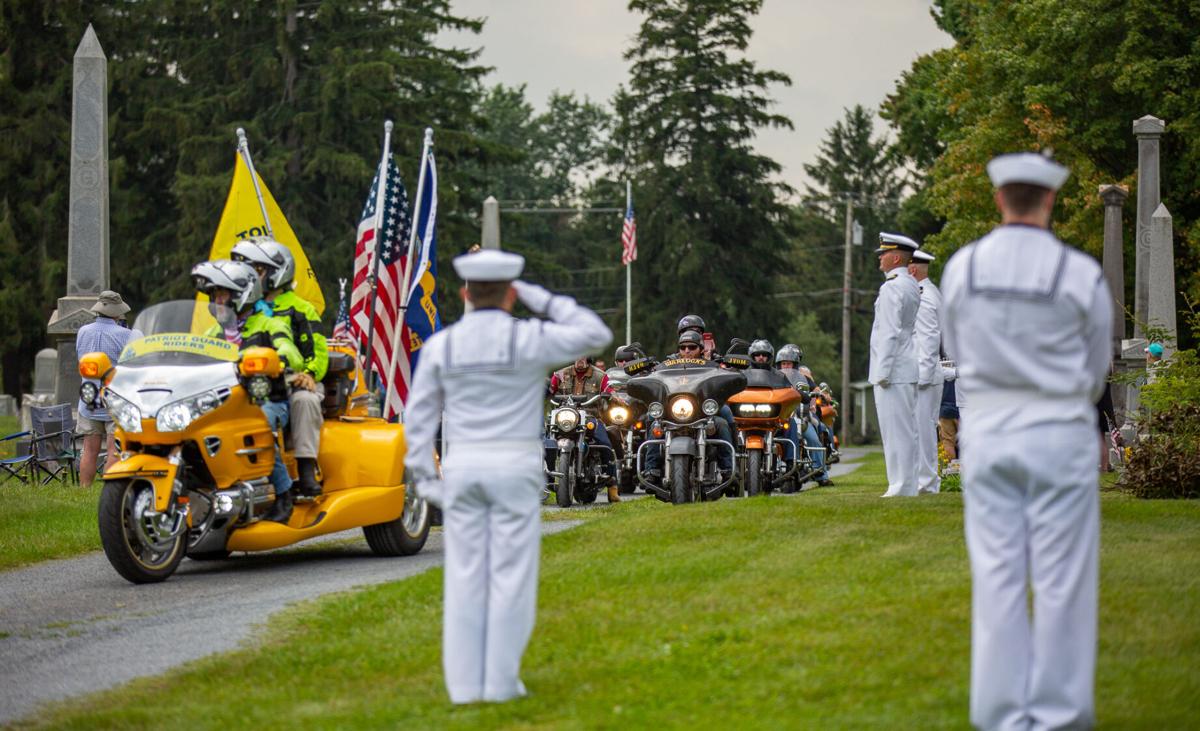 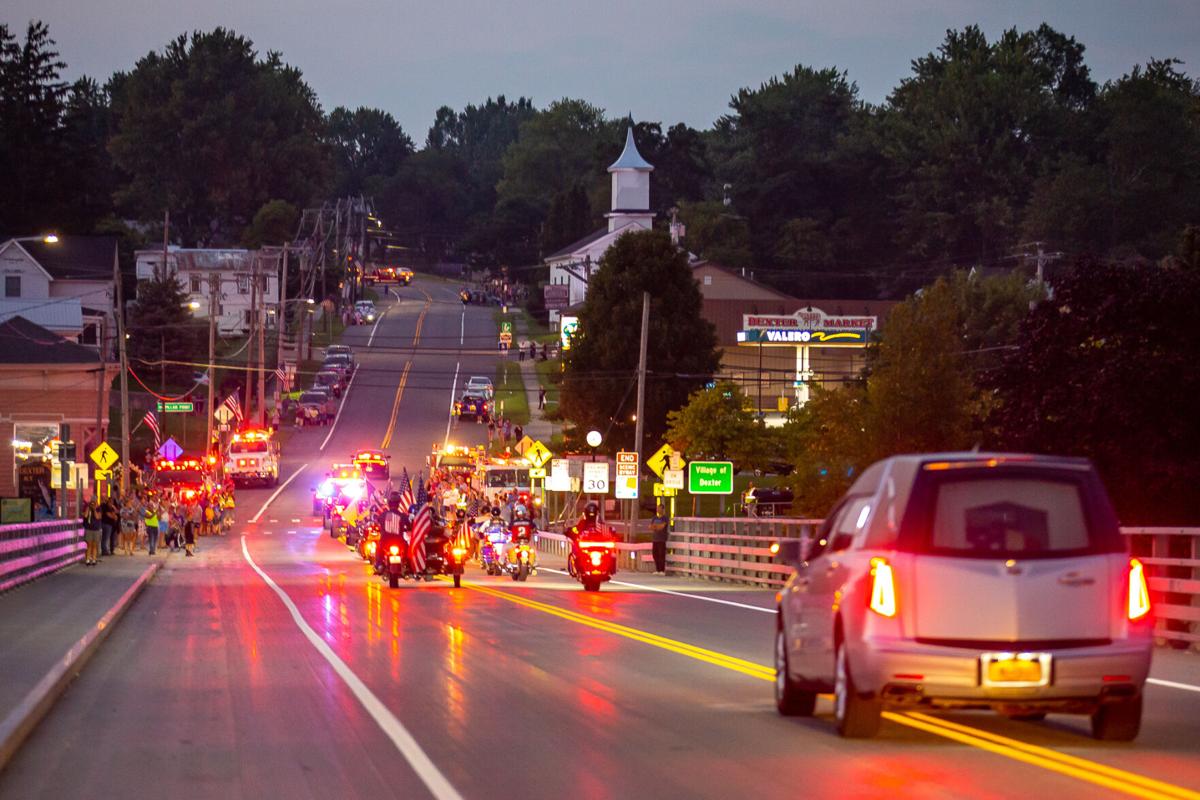 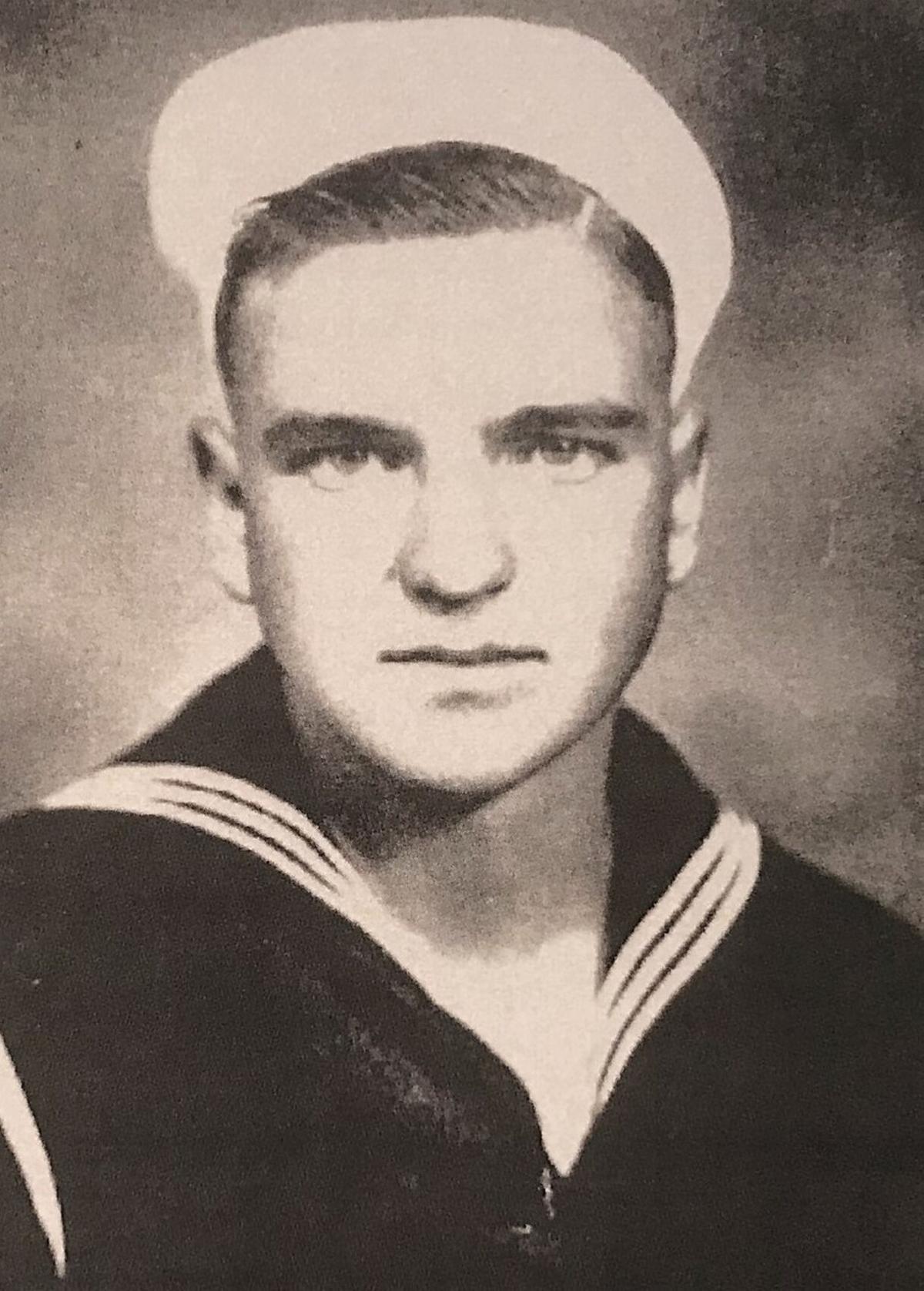 DEXTER — The remains of a sailor who lost his life aboard the USS Oklahoma when it was attacked on Dec. 7, 1941 were returned to this village last month, but the Navy isn’t done honoring those who lost their lives aboard the ship when Pearl Harbor was bombarded by the Japanese.

The Navy plans a reinterment ceremony on Dec. 7 at the National Memorial Cemetery of the Pacific in Honolulu for sailors who lost their lives aboard the USS Oklahoma.

Among those to receive invitations is the sister of Seaman Lyal Jackson Savage. His remains returned home last month for burial in Dexter Cemetery, next to his parents. Seaman Savage was one of seven children of Roswell Flower Savage and Elizabeth Reed Jackson of Pillar Point.

Jean Bloom, 96, of Phoenix, Ariz. is Lyal’s only surviving sibling. Because of the distance and her health, she could not attend the Aug. 21 ceremony in Dexter. But her son, Leonard Bloom of Phoenix, said they may be able to attend the Dec. 7 ceremony in Honolulu.

“If we feel it’s safe to travel by then, we’ll attend,” Mr. Bloom wrote in an email to the Times on Tuesday. “We didn’t feel that it was safe to travel to Dexter from Phoenix for a 96 year old, through three airports and approximately 11½ hours travel time with COVID making the resurgence that it has.”

He added, “At least to Hawaii, it’s a non stop flight about 6½ hours, and a lot less stress through numerous airports in each direction, COVID willing.”

The USS Oklahoma capsized after at least nine torpedo hits. The attack resulted in the deaths of 429 sailors and marines, including Seaman Savage. Many of the sailors who became trapped in the upturned hull were later cut free.

Navy personnel recovered the remains of the deceased crew, which were subsequently interred in the Halawa and Nu’uanu Cemeteries in Hawaii.

In September 1947, tasked with recovering and identifying fallen U.S. personnel in the Pacific Theater, members of the American Graves Registration Service disinterred the remains of U.S. casualties from the two cemeteries where USS Oklahoma crewmen were buried and transferred them to the Central Identification Laboratory at Schofield Barracks in Honolulu.

The laboratory staff was only able to confirm the identifications of 35 men from the USS Oklahoma at that time. The AGRS subsequently buried the unidentified remains in 46 plots at the National Memorial Cemetery of the Pacific, known as the Punchbowl, in Honolulu.

In October 1949, a military board classified those who could not be identified as non-recoverable — among them, Seaman Savage.

But working with new science and technology, between June and November 2015, Defense POW/MIA Accounting Agency personnel exhumed the USS Oklahoma unknowns from the Punchbowl for analysis. To identify the remains of Seaman Savage and others, scientists from DPAA used dental and anthropological analysis.

Not all could be identified. The remains of at least 51 unidentified crew members were returned to Hickam Field in June. Marines and sailors conducted an “honorable carry” of the caskets off the plane for the eventual interment of the men back into the National Memorial Cemetery of the Pacific at Punchbowl as “unknowns.” The ceremony will be on Dec. 7 — the 80th anniversary of the Japanese attack.

The DPAA was able to identify 88% of the Oklahoma casualties who were exhumed from Punchbowl for return to families.

In addition to Seaman Savage, two other sailors from the area and serving aboard the USS Arizona lost their lives at Pearl Harbor: Seaman First Class George E. Phelps, 19, of Henderson and Pharmacist’s Mate First Class Silas A. Wainwright, 26, of Gouverneur.