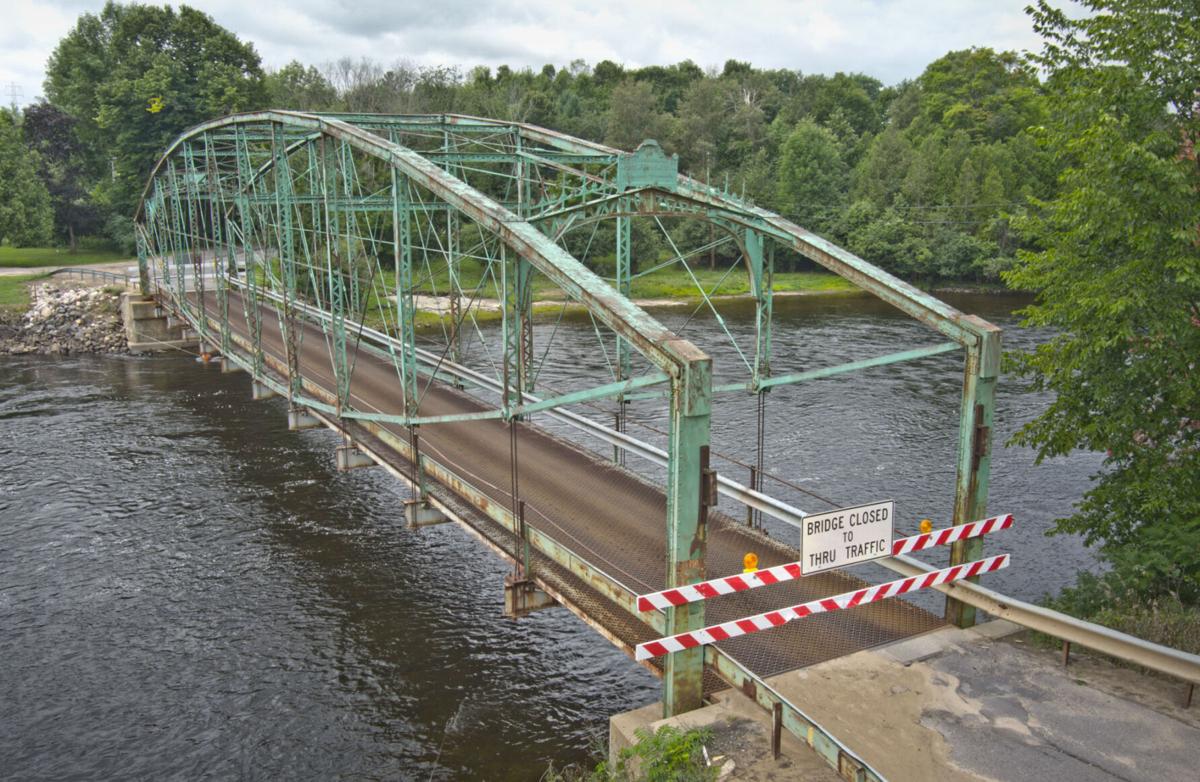 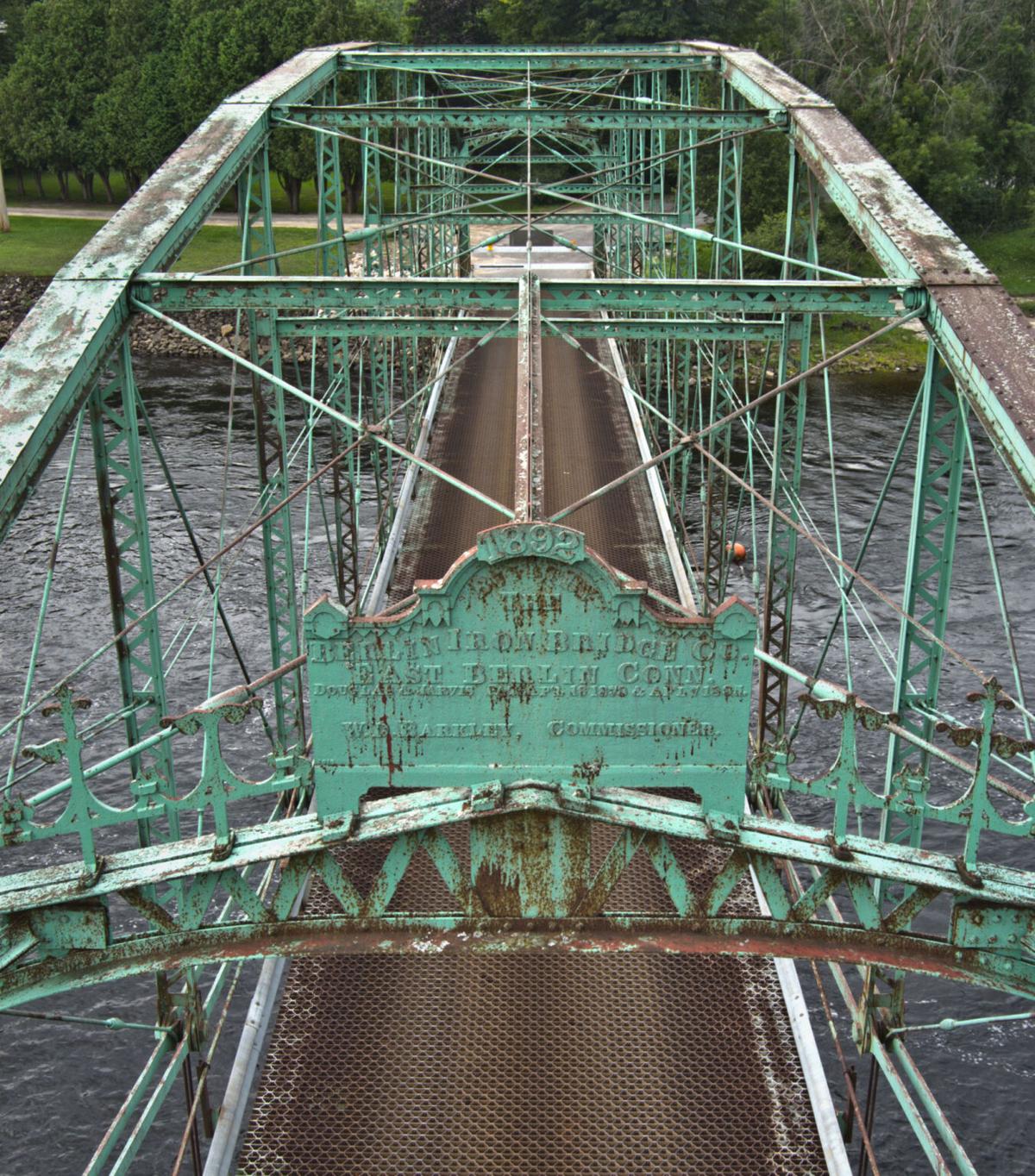 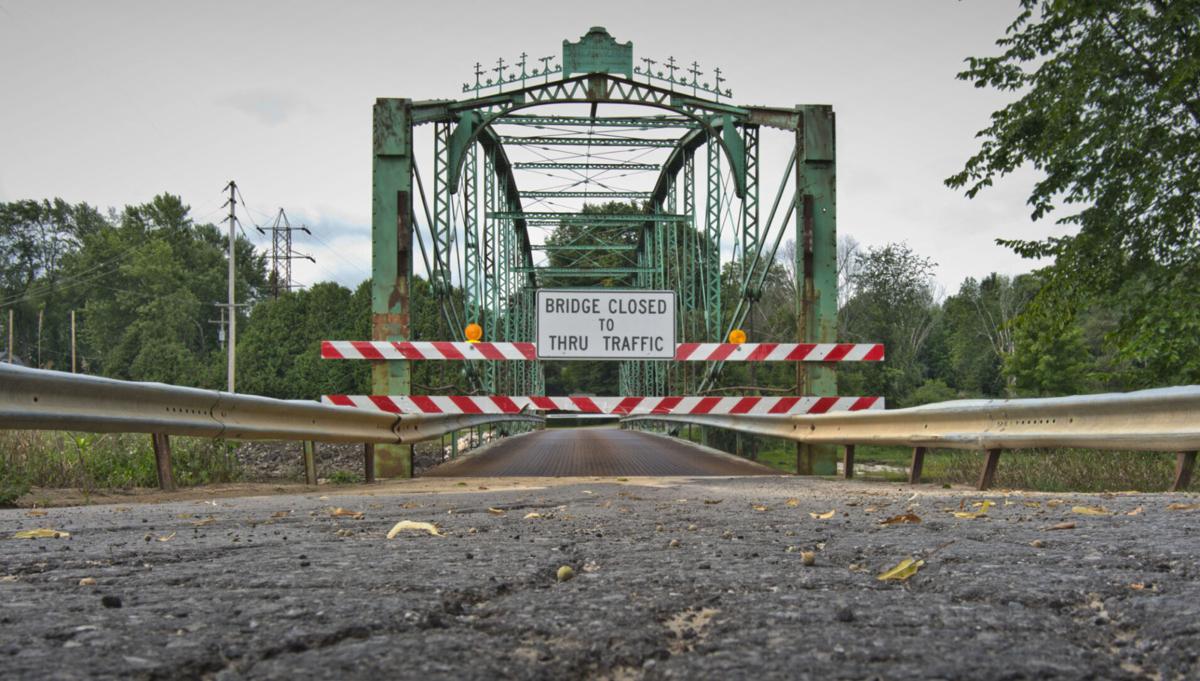 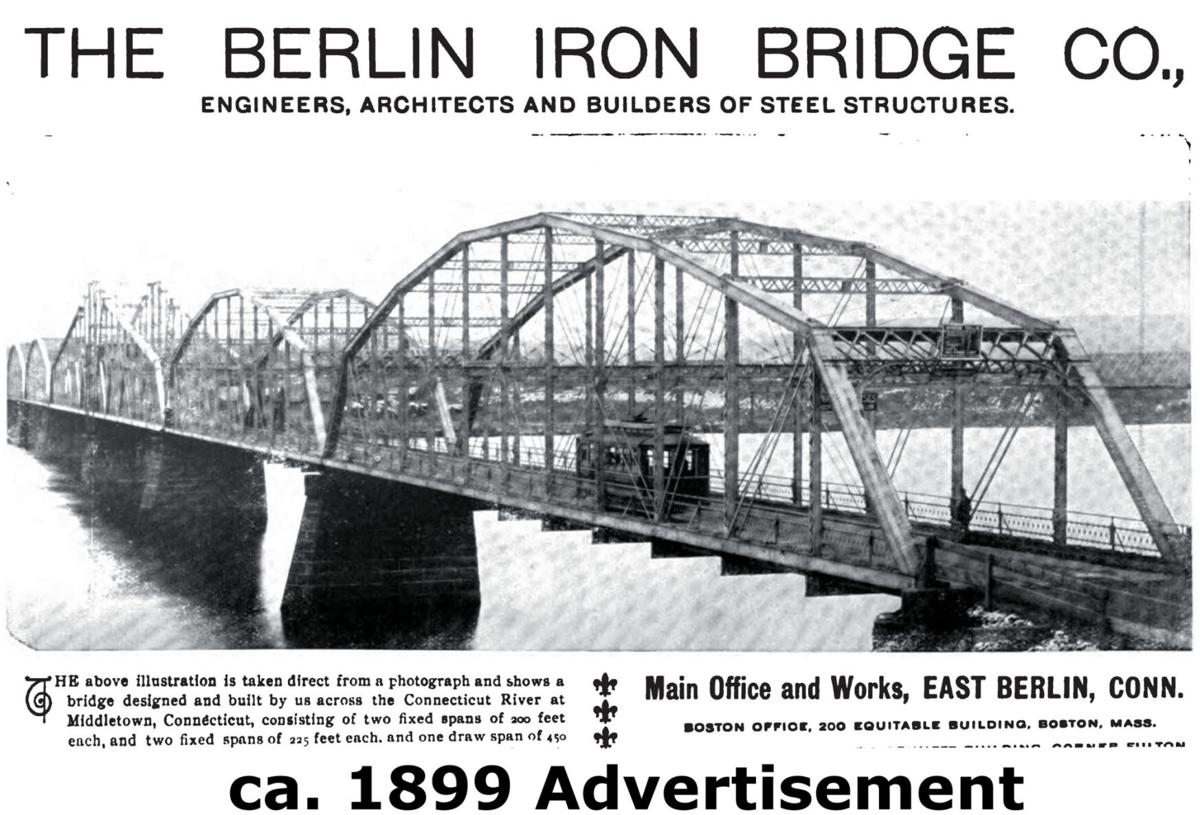 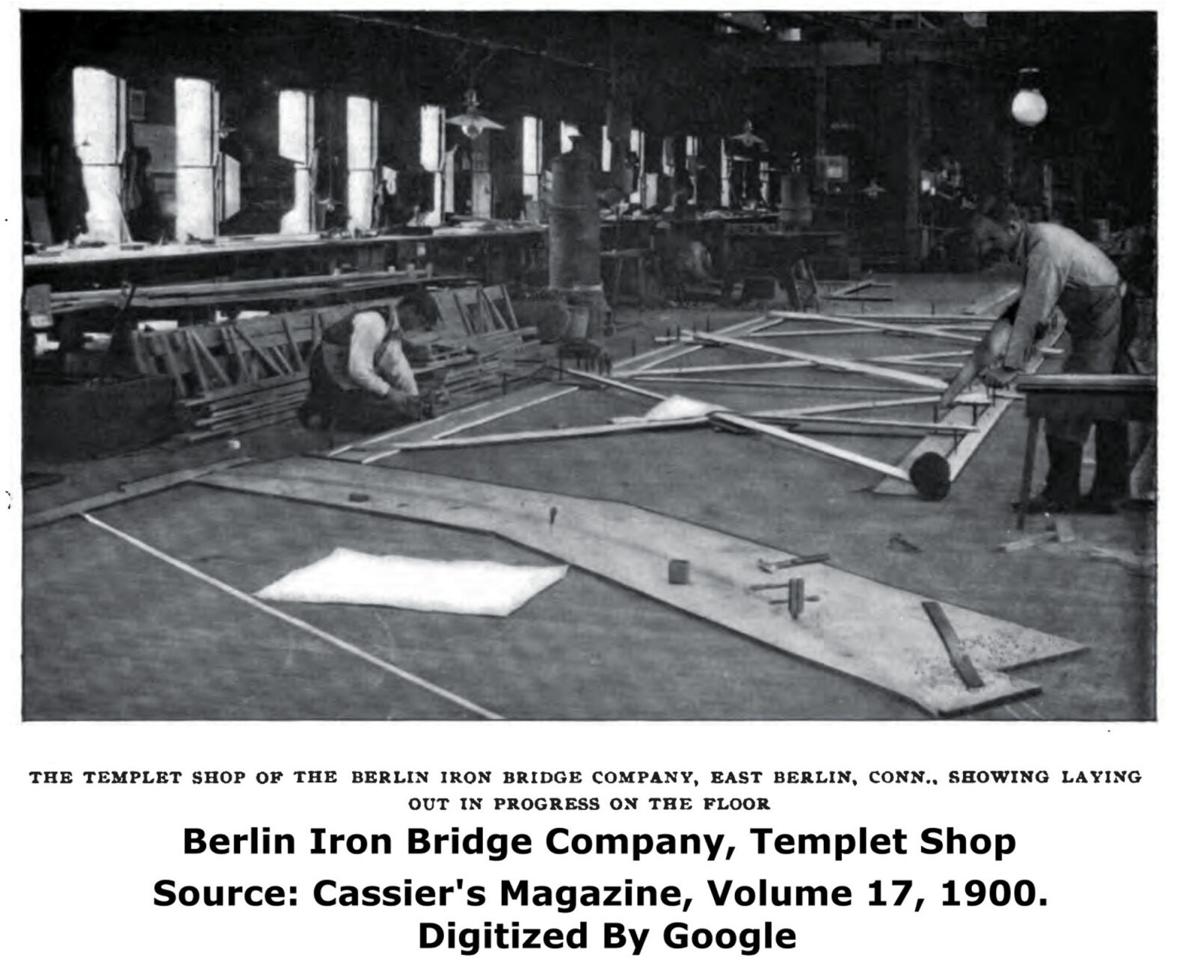 Workers lay out templates for structures at the Berlin Iron Bridge Company. Courtesy of the Historic Bridge Foundation

NORFOLK — The Yaleville Road Bridge spans not only the Raquette River, but also a stretch of history, which saw two world wars, 22 presidents, six new states and two global pandemics.

The 128-year old single-lane bridge is nearing the end of its functional history, after the state Department of Transportation ordered it closed in the last week due to safety concerns over its stability.

The bridge, built in 1892, is an extremely rare design patented by the Berlin Iron Bridge Company, East Berlin, Conn., in 1878 called a lenticular through truss. According to bridgehunter.com, it was the last remaining lenticular through truss open to vehicular traffic in the state. There are roughly 20 still standing in the U.S. overall, most of which are located in the Northeast. The bridge style gets its name from the unique lens shape, according to northernarchitecture.us.

True to its company’s name, the lenticular through truss bridges were made of wrought iron. Often times they were ornate, including finials and other decorative iron work. Many, including the Yaleville Road Bridge, were christened with a plaque commemorating the year it was built and other notes about the company at the time. While active, the company built a few bridges in St. Lawrence and Jefferson counties, though most are either abandoned or were torn down as they deteriorated.

The Berlin Iron Bridge Company was only in business for about another seven years after the Yaleville Road Bridge was built. As steel production boomed, truss designs adapted to the newer, more reliable metal, and iron bridges quickly became obsolete.

According to an archived copy of the Massena Observer, the Yaleville Road Bridge was featured among a group of significant American bridges in the December 1973 edition of “American Heritage.”

Speaking before the St. Lawrence County Board of Legislators on Monday, Mr. Chambers noted the state inspection completed last week showed the bridge is in fairly rough shape.

Mr. Chambers said about 200 cars travel over the single-lane structure every day and will have to divert to the nearest crossings, which are in the villages of Norfolk and Norwood to the north and south, respectively.

County Legislator John H. Burke, R-Norwood, asked if there was any chance of fixing the bridge, but Mr. Chambers said it’s likely beyond repair, mostly due to its historic significance.

“The amount of rehab that the structure needs would probably not be allowed by the (state Historic Preservation Office) because it is a very special bridge because of the fact that it’s a lenticular truss. There are very few of that type of structure so it is of particular interest to the historic folks,” Mr. Chambers said.

He noted his recommendation would be to decommission the existing bridge by removing the grating so it couldn’t be crossed, but leave it standing as a historic structure. At the same time, he recommended a new bridge and connecting road be built in the same general area. He gave a rough estimate of between $7 million to $10 million for the whole project, if it were to be taken up.

Also at Monday’s meeting, Mr. Chambers made note of the ongoing highway projects across the county. He said the number of bridges out in the county is in the double digits.

Turn it into a relic.

Where it will come a nuisance.

And for liability concerns

I grew up in Norfolk.