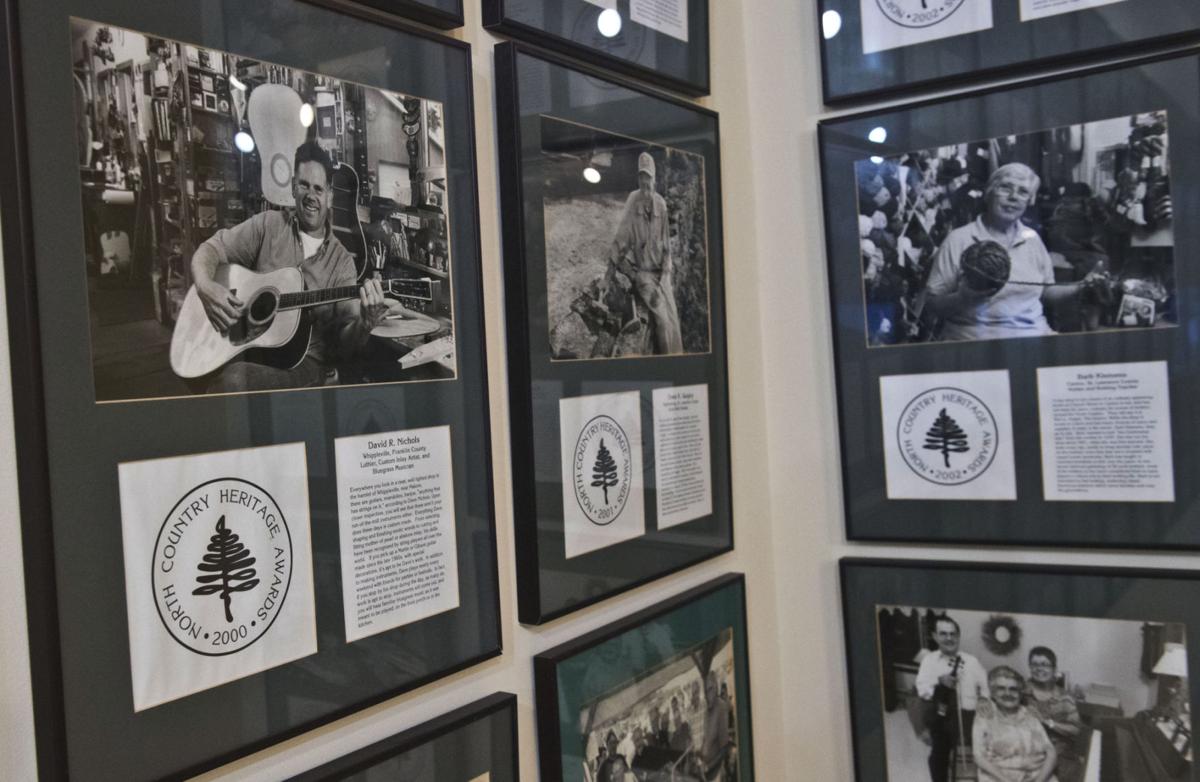 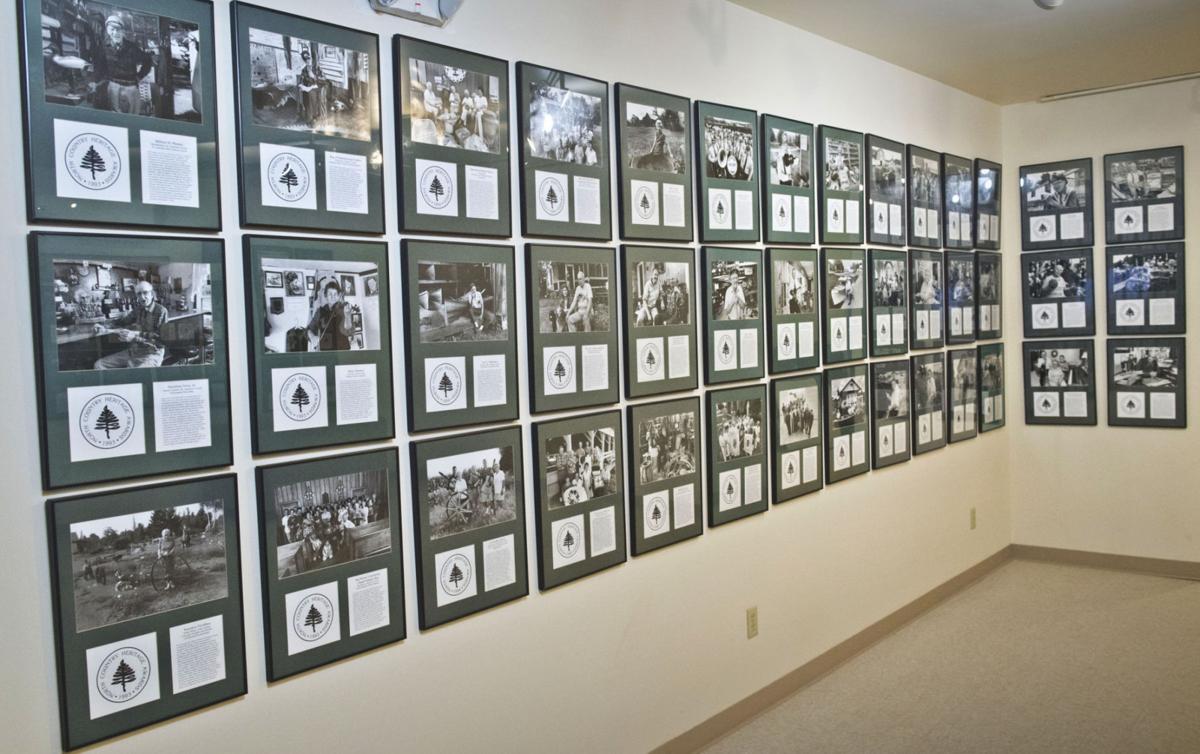 CANTON — Two long walls, fully lined with emblems of local history, will be empty in mid-January, as Traditional Arts in Upstate New York retires its Wall of Fame and prepares to enter a new age of exhibition.

The Wall of Fame will remain on display through Jan. 20, previously reported as Jan. 14, at which time, the 129 framed photographs of North Country Heritage Award recipients will be packed and stored in TAUNY’s archives. Open from 10 a.m. to 4 p.m. on Saturdays, and closed Sundays, Saturday, Jan. 18 marks the last day the public will be able to see the photographs as they are displayed now.

And next up, the Wall of Fame will be condensed along the western wall of the second-floor space of the TAUNY Center, 53 Main St., in an interactive digital exhibit.

“The portraits are beautiful and very powerful to look at, but there’s so much more to see,” TAUNY Executive Director Jill Breit said. “Ultimately, it’s going to make better use of our archival collection and provide a richer experience for our visitors.”

Construction of the permanent digital wall is scheduled to begin in late January, facilitated by Exhibits and More, Syracuse, and the exhibit is expected to be open this spring after the TAUNY team finalizes its curation.

Featuring a kind of shadow-box affixed to the wall, some photos and objects will be displayed vertically, and kiosks with touch-screen tablets will enable visitors to search for North Country Heritage Award materials by artist or category, Ms. Breit said.

The bottom line, the walls of the upstairs space are at capacity, she said. Coupled with that reality, the current underutilization of the remaining audio and visual materials associated with the Wall of Fame photographs has inspired TAUNY to use the upstairs space more impactfully. The physical materials will likely be pulled out when TAUNY tents travel to area festivals or education events.

The eastern wall and remainder of the upstairs space will serve as an overflow gallery for pieces from the annual main exhibits. The secondary gallery for the main exhibit will first be used this year for St. Lawrence County Barn Quilts, which opens Feb. 29.

But the move to the digital design and reimagining of the gallery does not mean the end of the North Country Heritage Awards, which have celebrated area artisans for 25 years.

The awards were presented from 1994 to 2017, and will resume this year now that the new spatial design will increase TAUNY’s physical capacity. Granted in four categories — inherited traditions, adopted traditions, very special places and evergreen — Heritage Awards honor the vibrancy of local culture and the rich and generational history of craft. The 2020 recipients will be announced this spring and officially awarded in October.

In 2013, TAUNY spent a year assessing the meaningfulness of its award program and considered its continuation: Should the Heritage Awards carry on? TAUNY’s award recipients, the public and Heritage Award funders answered with “a resounding yes on all levels,” Ms. Breit said.

Over the years, the awards have recognized the talent and artistic dedication of a wide range of local people: Mohawk orator and master storyteller Chief Thomas Porter, of the Akwesasne and Kanatsiohareke community, was commemorated in 2006, Ogdensburg’s Erwin K. Quigley was awarded in 2001 for stone wall building and Annis A. Holmes was awarded in 2007 for her knitting of Adirondack buff mittens. A host of others — instrumentalists, toy makers, storytellers, blacksmiths, boat makers and a dowser among them — complete the ongoing list of artists.

“In different ways, our award recipients have benefited from being recognized — from new job opportunities, new customers and traveling to showcase their work, the program has so many positive outcomes,” Ms. Breit said. “People who are committed to the mastery of certain traditions and share that with others are as much a part of the north country as the trees and the water here.”