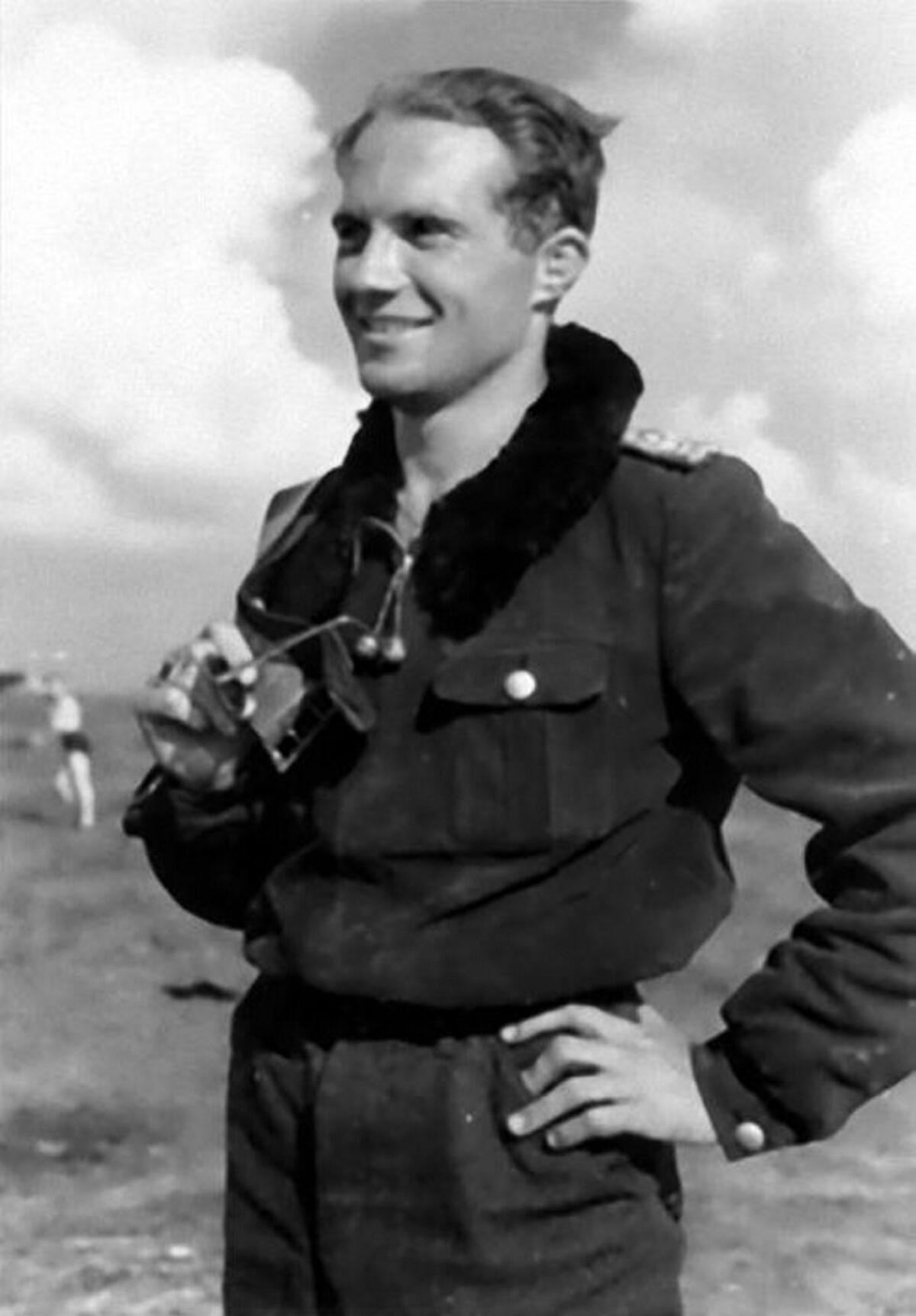 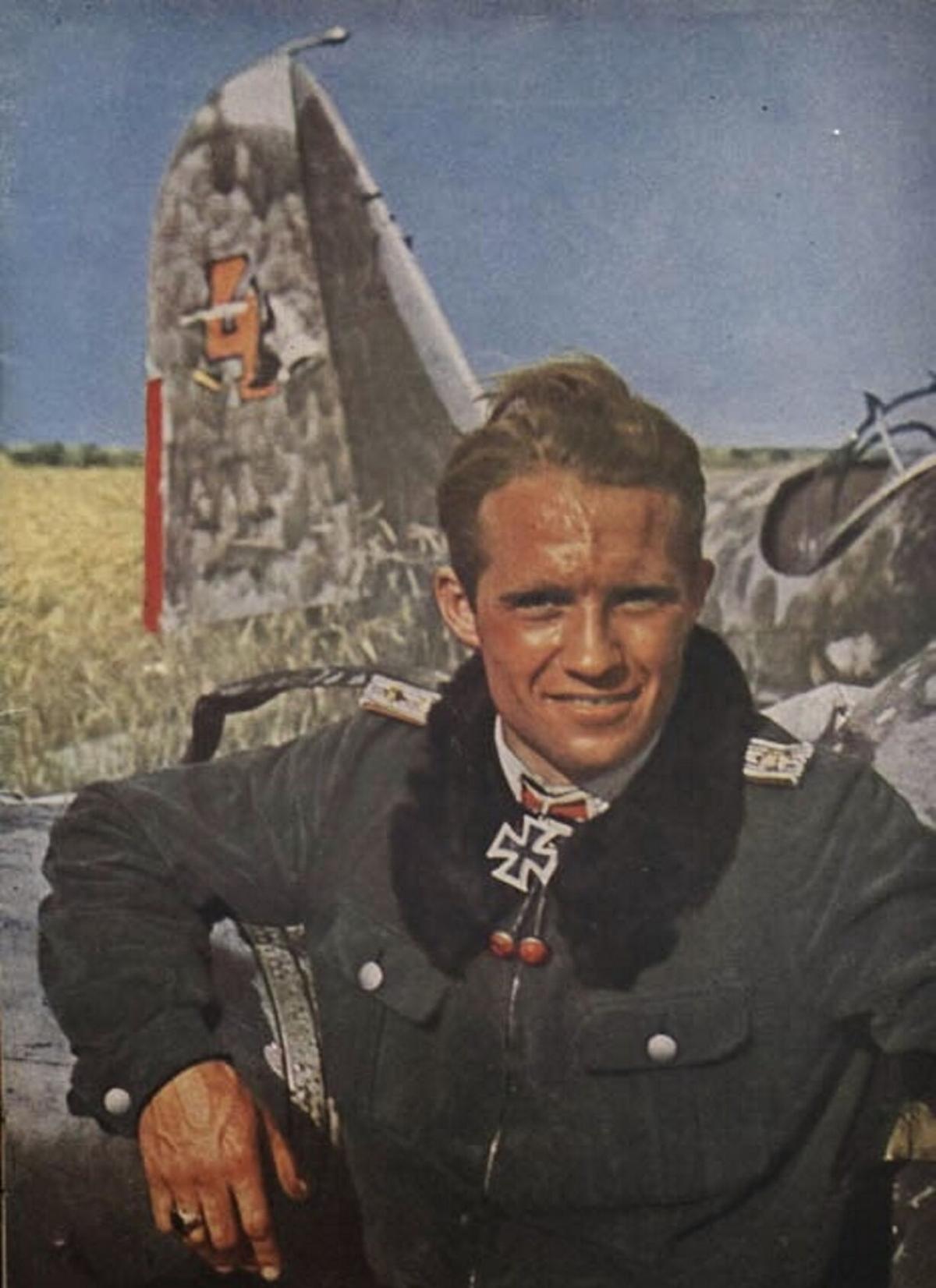 On a cold January night in 1941 an escaped German aviator made his way across the St. Lawrence River in a stolen punt. Using his hands to paddle, he landed at the State Hospital, where he caught a ride into Ogdensburg. The story of his escape is the stuff of Hollywood movies and books. But how did a Nazi pilot end up in Ogdensburg?

In 1941, World War II was raging in Europe. The United States had not entered yet, but was lending war equipment and supplies to the Allies. France had fallen and Britain was on the verge of collapse and stood as the last bastion against Nazi German control of the continent. Canada had joined the war on Sept. 9, 1939 and housed German POWs. It was during the transfer of some 1,000 prisoners, including Baron Franz von Werra, Nazi pilot and escape artist, that von Werra successfully escaped and made it to Ogdensburg.

Von Werra was born in Switzerland, but grew up in Cologne, Germany. When Adolf Hitler came to power in 1933, von Werra joined the German Luftwaffe, reaching the rank of oberleutenant (senior lieutenant). He participated in the German attack on Poland on Sept. 1, 1939, which was the official start of World War II. However, von Werra’s flying career was short-lived; his plane was shot down by the RAF on Sept. 5, 1940 near London. He escaped from British custody twice, which earned him a trip as a POW to Halifax.

Once there the prisoners were transferred to a train, which would take them to an internment camp near Hudson Bay. With the help of fellow prisoners von Werra dove through a train window landing unhurt in the snow. Von Werra was 100 miles north of Ottawa in below zero weather, but was luckily wearing winter clothing.

Hiking through waist deep snow he headed south until dawn when he caught a sleigh ride with a Quebecois farmer. After hitchhiking von Werra stayed in a hotel using money from selling buttons from his uniform, Luftwaffe insignia and his Iron Cross medal. Once again he hitchhiked until he reached the Prescott grain elevator. He believed that he could walk across the ice on the St. Lawrence River, but after attempting to cross he found that the river wasn’t completely frozen. He returned to shore and found a boat, but couldn’t find any oars. Von Werra dragged the boat as far as he could, then jumped in and used his bare hands to row across the river to safety in the still neutral United States.

Von Werra landed at the State Hospital. After walking across a field he came upon Allen Crites, who owned a Texaco gas station located on Isabella St. Crites was on a call to fix a car with a frozen gas line. While he was working on the car, von Werra suddenly showed up asking where he could find a hotel. Crites was instantly suspicious thinking that this stranger must be a border jumper, but he offered him a ride into town anyway.

As they drove down Proctor Avenue, Crites became nervous. The stranger had a foreign accent and insisted on riding on the running board of the car. Then once they reached the corner of Paterson and Ford streets von Werra demanded that Crites stop the car. He complied, then immediately drove to City Hall to inform the police about this strange character. Officers Joseph Richer and James Delduchetto were dispatched and found von Werra on the same corner.

Von Werra claimed he was Canadian until he was put into the police car. He then confessed that he was actually a German POW.

The next morning von Werra appeared in court. He was charged with vagrancy, but this charge was dismissed because he had money in his pocket, then the judge sent for well known barber Tony Frisina to give von Werra a shave and a haircut. Von Werra’s time in court wasn’t finished, however. He was also charged with illegal entry and had to go before U.S. Commissioner John Barr. After demanding a lawyer, von Werra refused to be represented by a Jew. Finally James Davies was arrived to represent the escapee.

Davies contacted the German Consulate in New York City and arranged for the $5,000 bail to be posted. Davies also purchased a train ticket to New York City and a new outfit from Fisher’s. Suffering from frostbite on his ears and hands, swollen lips and other effects from exposure, Baron von Werra was sent to Hepburn Hospital to convalesce. When reporters tried to ask him questions he replied that the German Consul had advised him to “keep his mouth shut.” After this pronouncement the German aviator was invited to the Elks Lodge for the Saturday night buffet. Hundreds of Ogdensburg citizens showed up to get a look at the handsome pilot. After dinner the escapee was escorted to the train depot by the police and Elks.

However not everyone in the city was enamored with von Werra, including Mayor Burns, who thought the Baron should be in jail. In addition, an Ottawa newspaper was sharp in its criticism of the train guards, who allowed von Werra to escape, the Canadian government for its “casualness” regarding the escape and the citizens of Ogdensburg who “sumptuously wined and dined” Baron von Werra. The editor pronounced that the pilot was a “cold-blooded product of Nazi culture,” “a hired assassin of a new order based on blood and terror.”

Whether von Werra was cold-blooded or an assassin is questionable.

Once he arrived in New York City von Werra was brought to the Hotel Astor by the German Consulate. After a bail hearing on Ellis Island he was released on $15,000 bond. However, von Werra didn’t stick around for the deportation hearing. He made his way to Mexico City, then South America before arriving in Berlin in April 1941. Once there he briefed German officials on how to prevent POWs from escaping.

Seen as a hero by the Nazis, Baron von Werra did not survive to see the end of the war. That October he was killed while on a routine patrol after his plane crashed in the North Sea and after Japan’s attack on Pearl Harbor on Dec. 7, 1941 there was no question of U.S. neutrality or which side it would join.