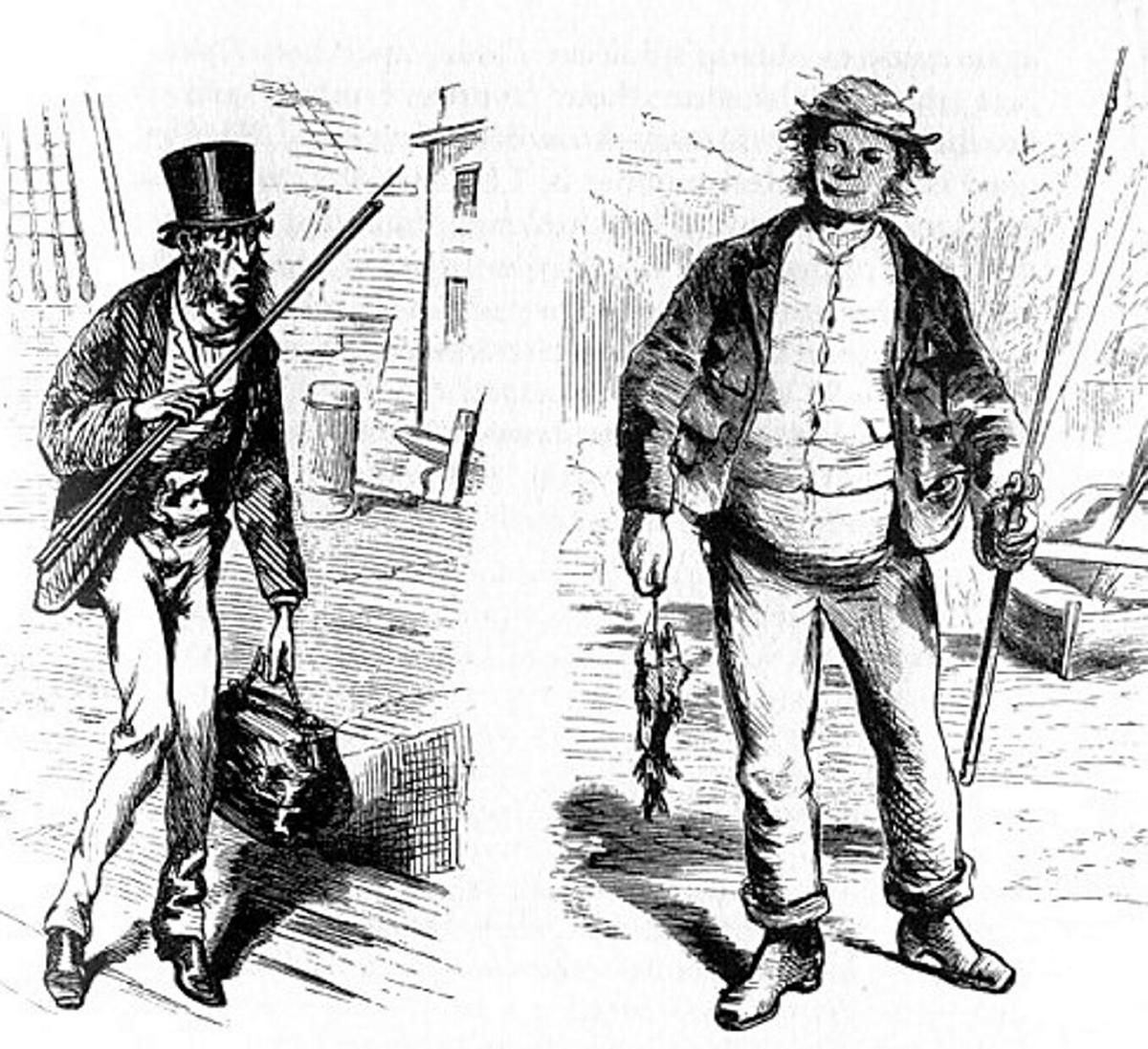 This satirical 1870 cartoon from New Monthly Magazine is captioned, “Before and After Going Into the Adirondacks.” The magazine was published in Britain from 1814 to 1884. 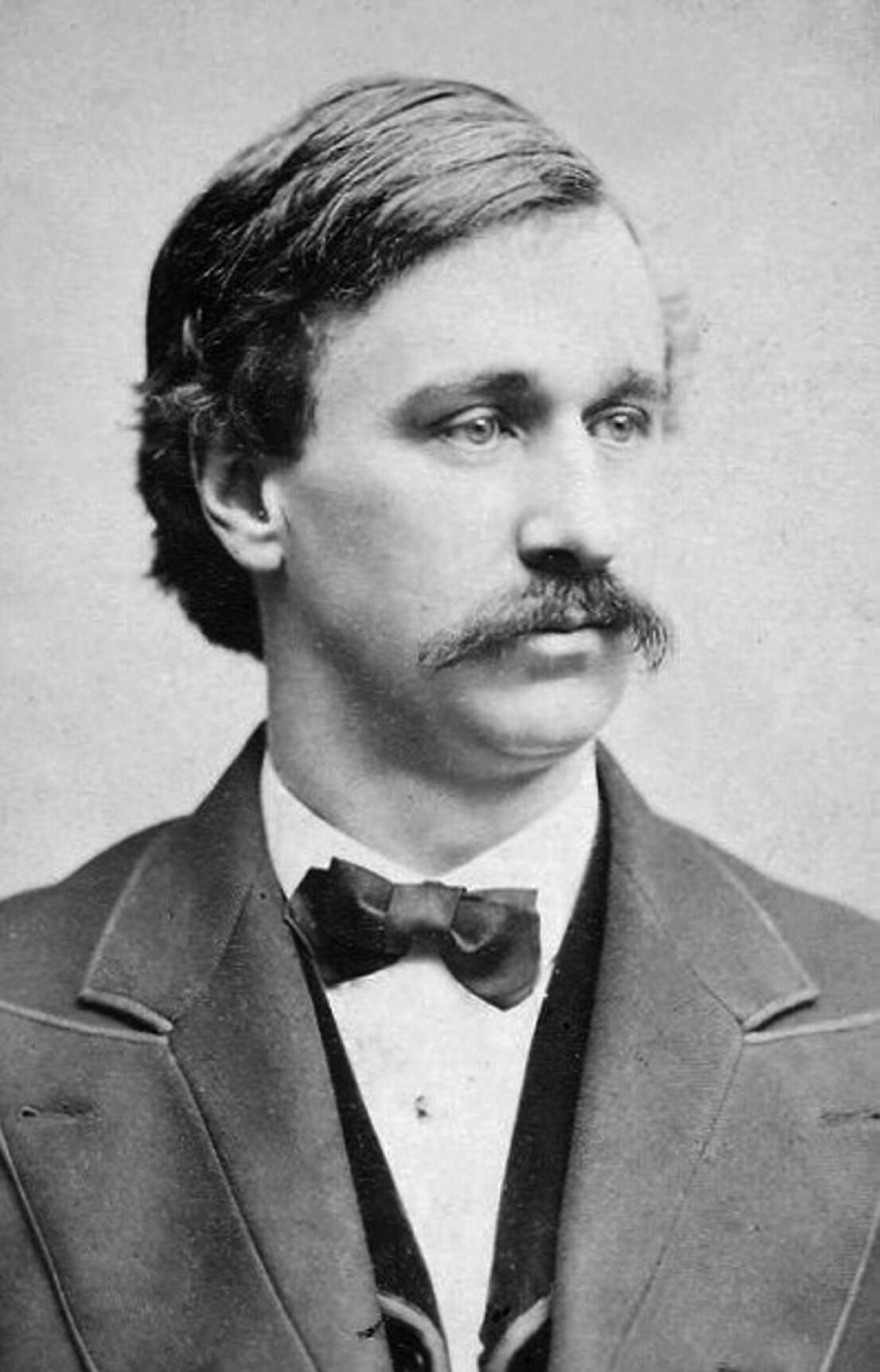 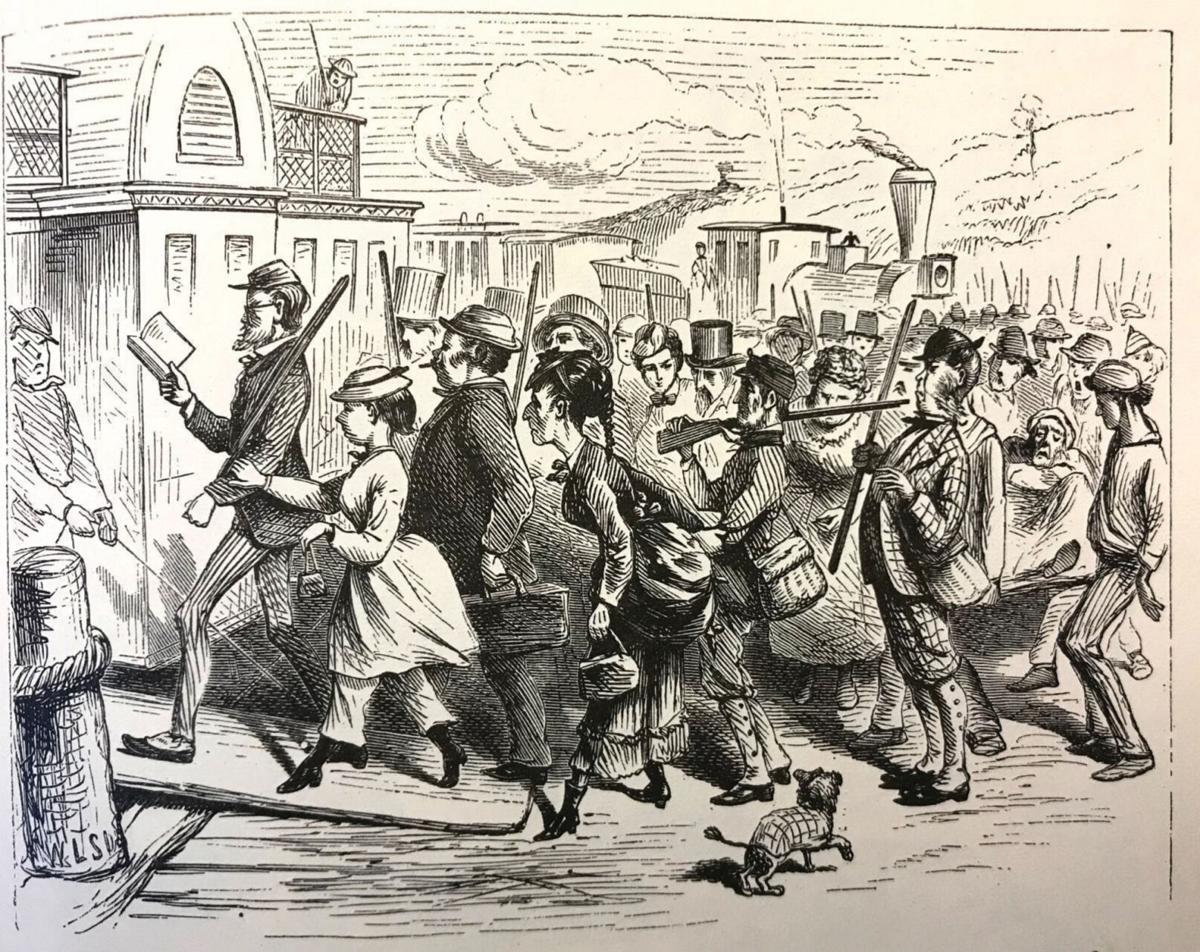 This satirical Harpers New Monthly magazine illustration from 1870 shows “Murray’s Fools” departing a train before heading to steamship at Whitehall, for their destination of the Adirondacks. Leading the way is someone presumably reading “Adventures in the Wilderness” by William H. H. Murray. 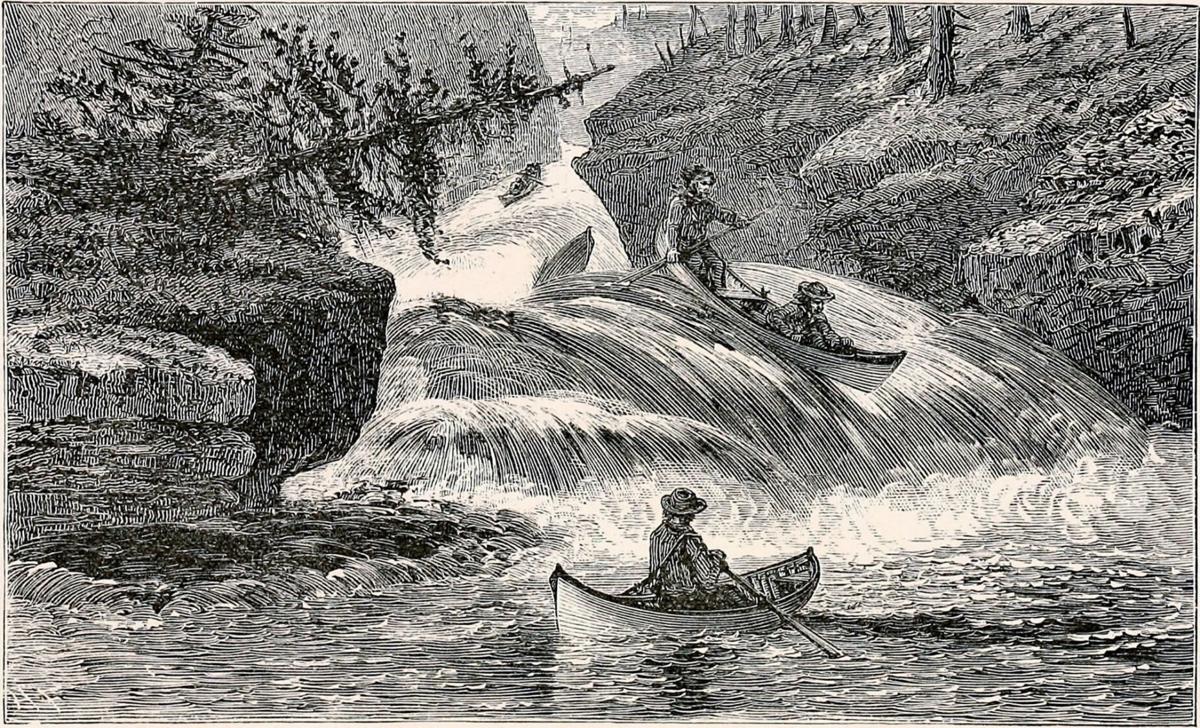 A sketch from “Adventures in the Wilderness, or Camp-Life in the Adirondacks.” 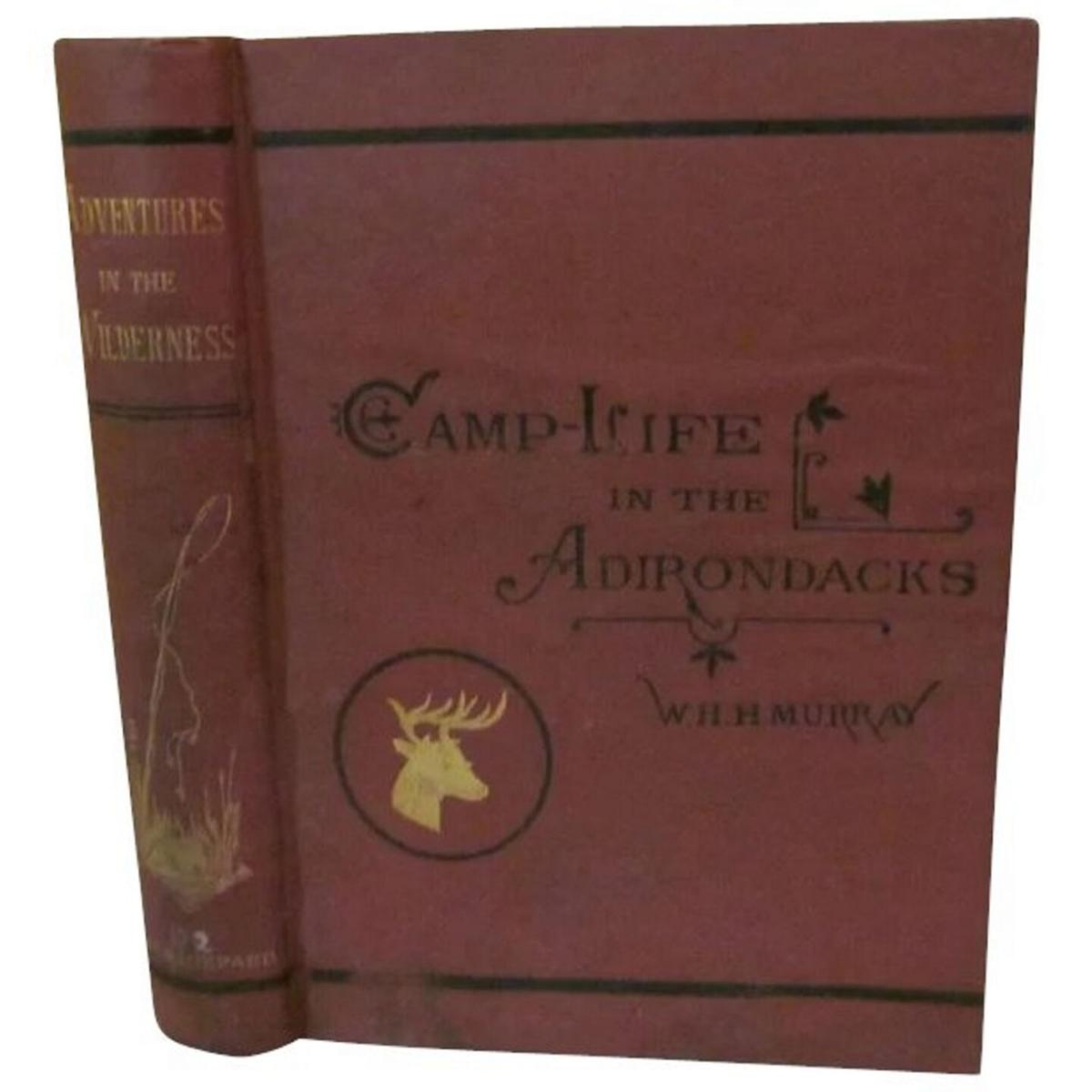 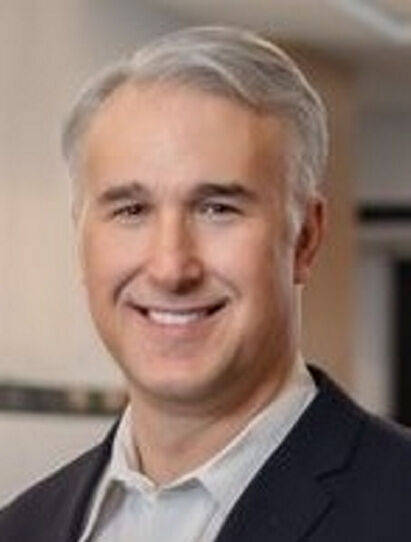 This satirical 1870 cartoon from New Monthly Magazine is captioned, “Before and After Going Into the Adirondacks.” The magazine was published in Britain from 1814 to 1884.

This satirical Harpers New Monthly magazine illustration from 1870 shows “Murray’s Fools” departing a train before heading to steamship at Whitehall, for their destination of the Adirondacks. Leading the way is someone presumably reading “Adventures in the Wilderness” by William H. H. Murray.

A sketch from “Adventures in the Wilderness, or Camp-Life in the Adirondacks.”

‘Great’ saves and beauties: Updated guide to historic camps of the Adirondacks released

When published in 1982, “Great Camps of the Adirondacks” by Harvey H. Kaiser built a foundat…

In 1869, the Boston publishing company Fields, Osgood, & Co. released a book by a clergyman in that city that opened the Adirondacks to crowds of curious people.

The descriptions of the area in William H. H. Murray’s “Adventures in The Wilderness, or Camp-Life in the Adirondacks,” amazed urban residents, who packed up, “Adventures” book in hand, and headed to the area to see it all for themselves.

In his chapter, “Why I Go There,” Mr. Murray wrote, “Last summer, I met a gentleman on the Raquette who had just received a letter from a brother in Switzerland, an artist by profession, in which he said that, having traveled all over Switzerland and the Rhine and Rhone region, he had not met with scenery which, judged from a purely artistic point of view, combine so many beauties in connection with such grandeur as the lakes, mountains and forests of the Adirondack region presented to the gazer’s eye.”

Such descriptions, combined with Mr. Murray’s belief that just a “few weeks in the woods” or “a month’s experience in the pines” would do wonders for health, helped to open the floodgates to the region.

His romanticized vision must have acted like a salve for dazed and drained residents of busy and belching industrial cities of the late 19th century:

“Many a night have I laid down upon my bed of balsam-boughs and been lulled to sleep by the murmur of waters and the low sighing melodies of the pines, while the air was laden with the mingle perfume of cedar, of basalm and the water-lily.”

Mr. Murray’s writings, in which he also gave camping tips, are cited as changing common parlance to use “vacation” instead of the British “holiday” for people vacating their city homes. The Adirondacks have also been called the birthplace of the American vacation. Mr. Murray, who published several more Adirondack titles, would become known as “Adirondack Murray.”

Mr. Murray died in 1904 and is buried at the family homestead in his native Guilford, Conn.

“There was certainly an appreciation of the Adirondacks that was passed down in the family,” said Randall S. Beach, great-great-grandson of Mr. Murray.

Mr. Beach is a partner in the law firm Whiteman Osterman & Hanna, Albany. His father, Charles Randall, moved the family from Pennsylvania to Plattsburgh in 1969.

“Everybody kind of knows about that first 1869 ‘Murray Rush,’” Mr. Beach said in a phone interview. “But it really lasted for about five years. At the end of that, 1873/1874, there’s 200 hotels that sprung up. The first summer was rough and a disaster just because the region was unprepared for that influx of tourism. But it grew. The region adapted and made an industry out of it and it’s lasted since that time.”

Mr. Beach is working with Syracuse University Press to publish a biography on his great-great-grandfather.

“There’s really only one biography of Murray and it was written by Harry V. Radford in the early 20th century,” Mr. Beach said. “Let’s just say it’s completely biased and not very objective, a lot of praise, so I decided a couple of years ago that I would start writing a biography.”

His manuscript doesn’t focus solely on Mr. Murray’s exploration of and writings on the Adirondacks.

“It also explores the progressive movement of the 19th century through him and how he changed,” Mr. Beach said. “He went from a fairly conservative person ideologically to someone that advocated for women’s suffrage, was a strong temperance movement person and advocated for the wilderness and the importance of vacations for urban people.”

Mr. Murray graduated from Yale University, New Haven, Conn., in 1862. Through a couple of friends, he became familiar with the Adirodacks, so he decided to go there one summer and became a regular visitor.

“He had an annual camp on Osprey Island on Raquette Lake,” Mr. Beach said. “That’s where he and his wife would entertain their friends. He didn’t climb mountains or anything. He liked to travel by guide boat, he had guides and he liked to hunt.”

Mr. Murray, as pastor of the First Congregational Church, Meriden, Conn., sent accounts of his camp life to a Connecticut newspaper, which became the basis for “Adventures in The Wilderness.” More Adirondack-based books by him would follow.

The flow of people heading to the Adirondacks shows no sign of slowing down. Last month, a State Department of Environmental Conservation forest ranger, commenting in his role as a union delegate of the Police Benevolent Association of New York State, texted that Sept. 26 “was probably the highest use in High Peaks history.”

“That was one of his causes, and something he advocated for,” Mr. Beach said. “It made him famous, but also made him infamous as well in some circles. He pushed to get everybody out in the woods, whereas before 1869, it was essentially the wealthy people who had some time and were able to get guides and go up and hunt and fish.”

His books also urged women to visit the mountains.

“That wasn’t a particularly popular idea at the time,” Mr. Beach said. “In the book, he even gives a list of clothes that women should buy to prepare for their trip to the Adirondacks. And he encouraged children, too. He advocated for everybody to get out, to experience and enjoy the wilderness.”