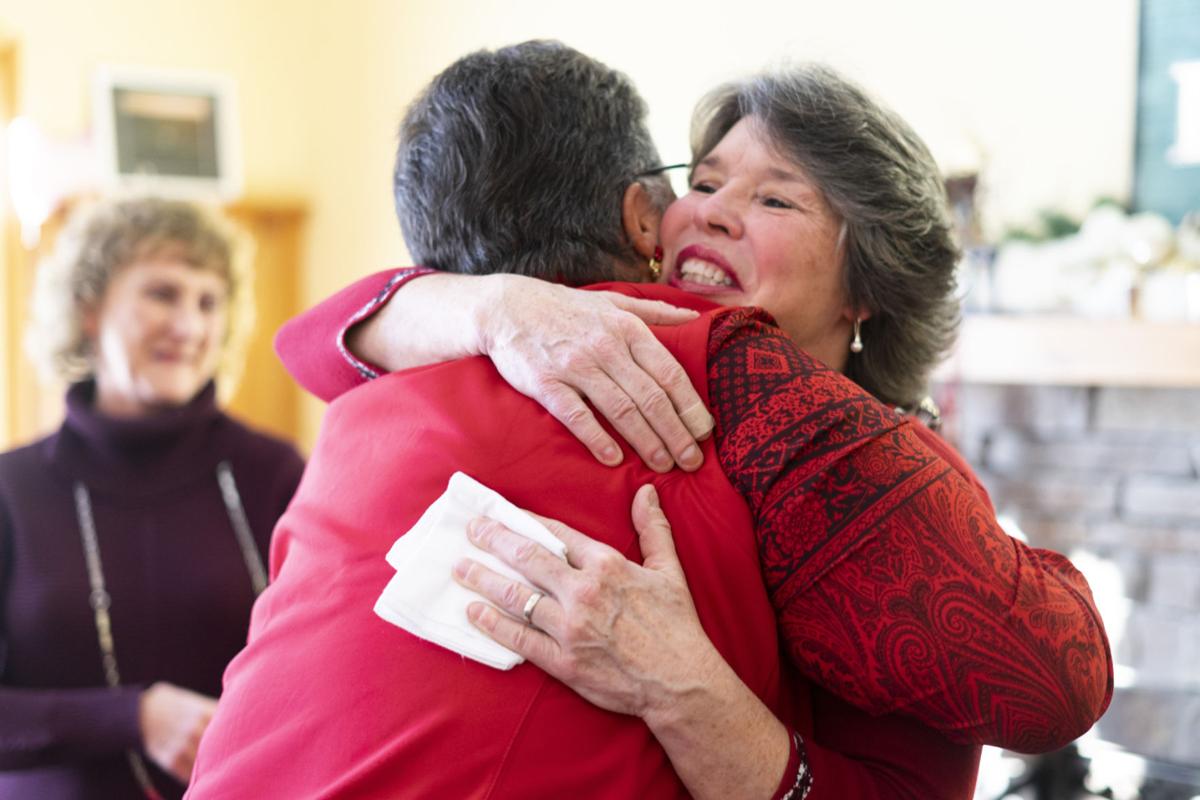 Allison Gorham, the 2019 Israel A Shapiro Citizenship Award recipient, is celebrated by her community at the news conference on Friday in Watertown. Julia Hopkins/Watertown Daily Times 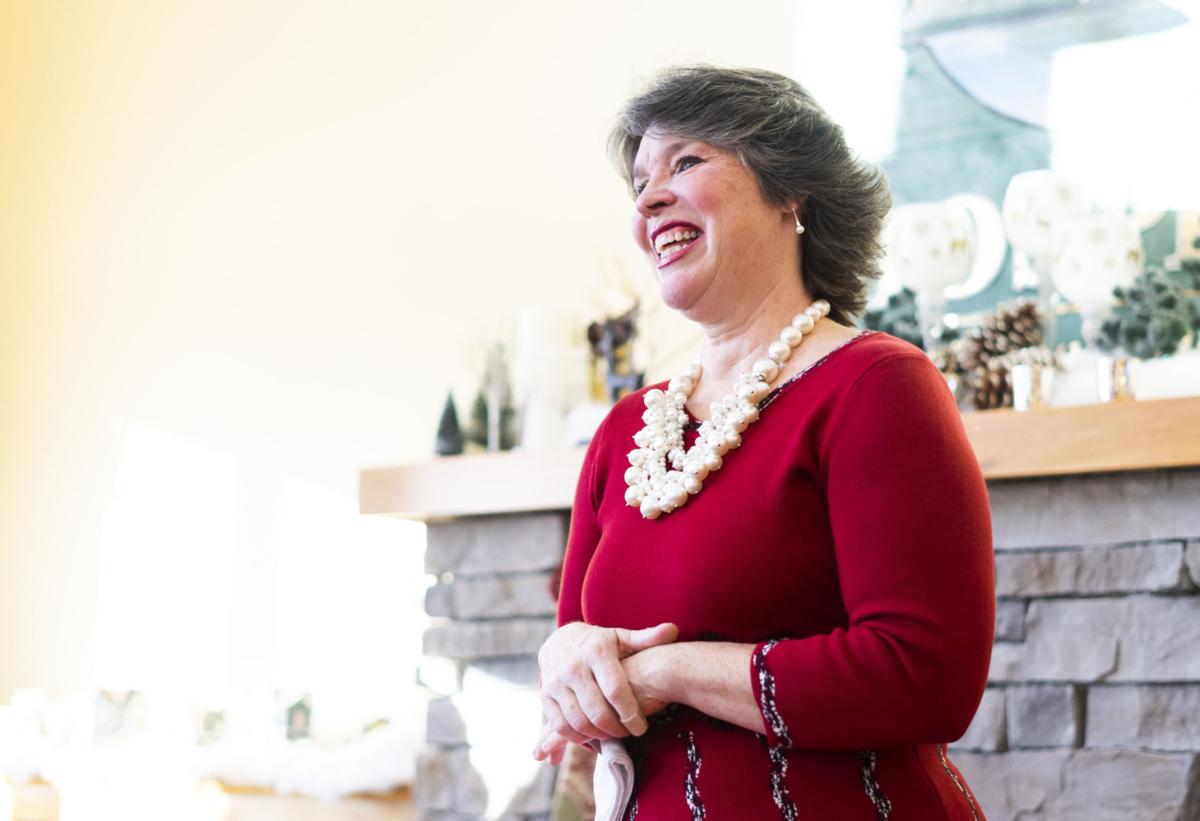 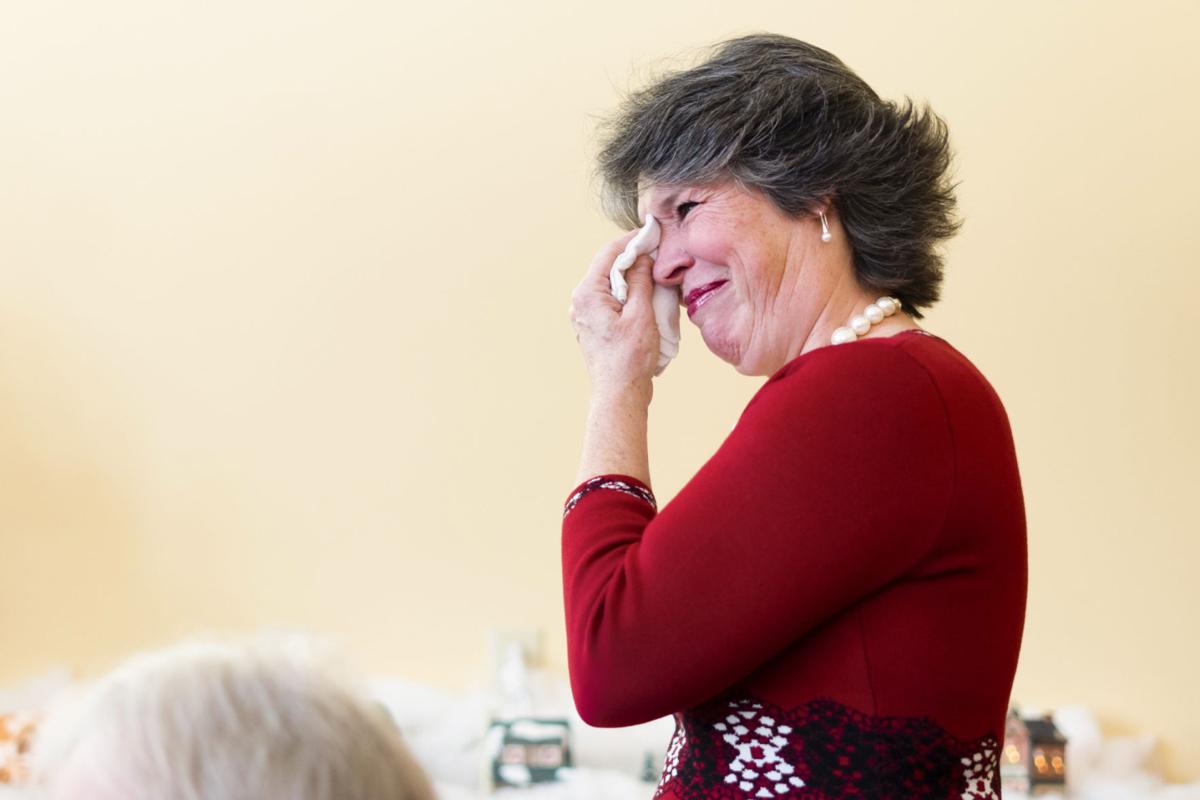 Allison Gorham is named as the 2019 Israel A Shapiro Citizenship Award recipient on Friday in Watertown. Julia Hopkins/Watertown Daily Times 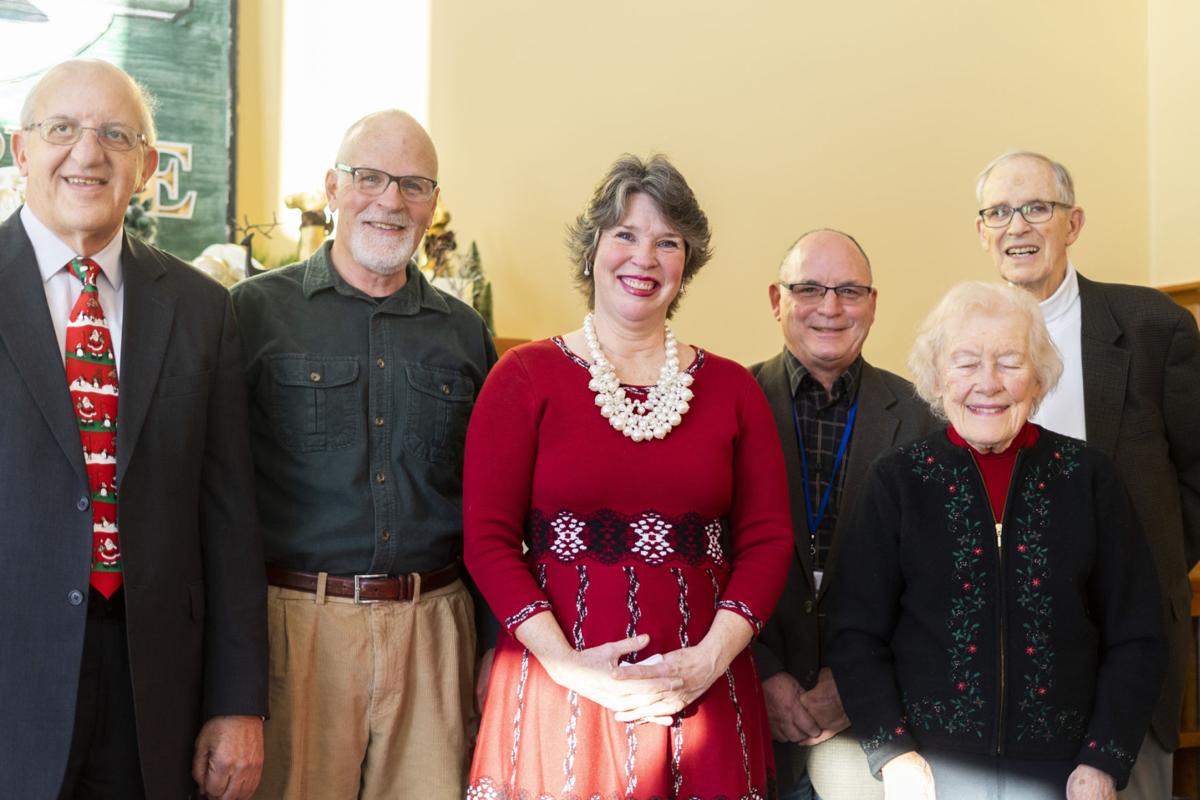 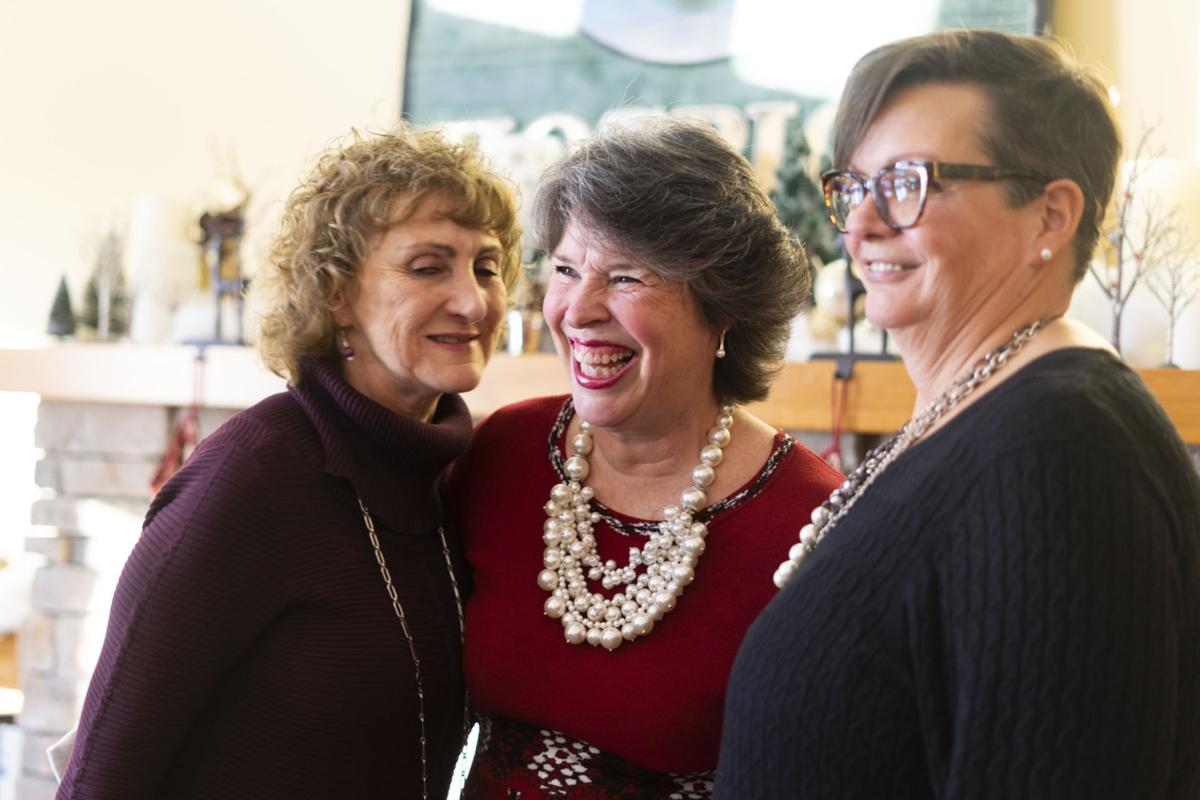 Allison Gorham, the 2019 Israel A Shapiro Citizenship Award recipient, laughs after taking a picture with her two nominators on Friday in Watertown. Julia Hopkins/Watertown Daily Times 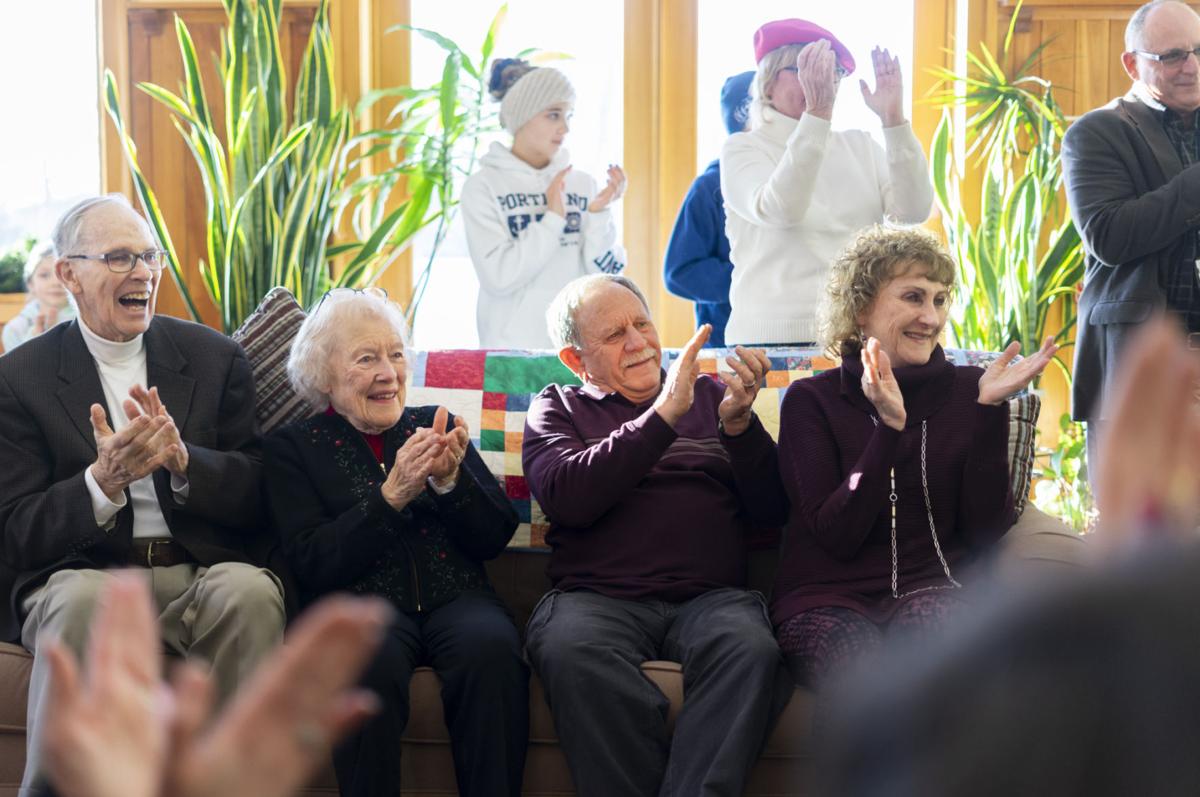 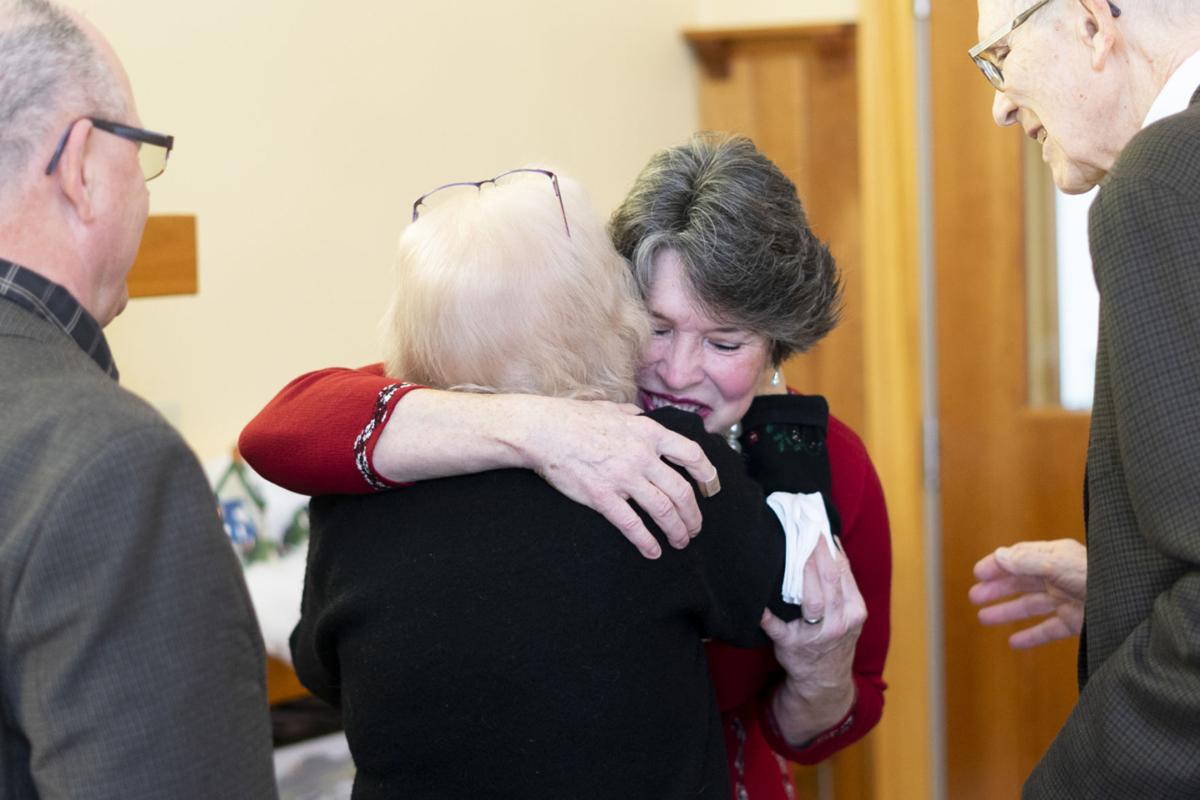 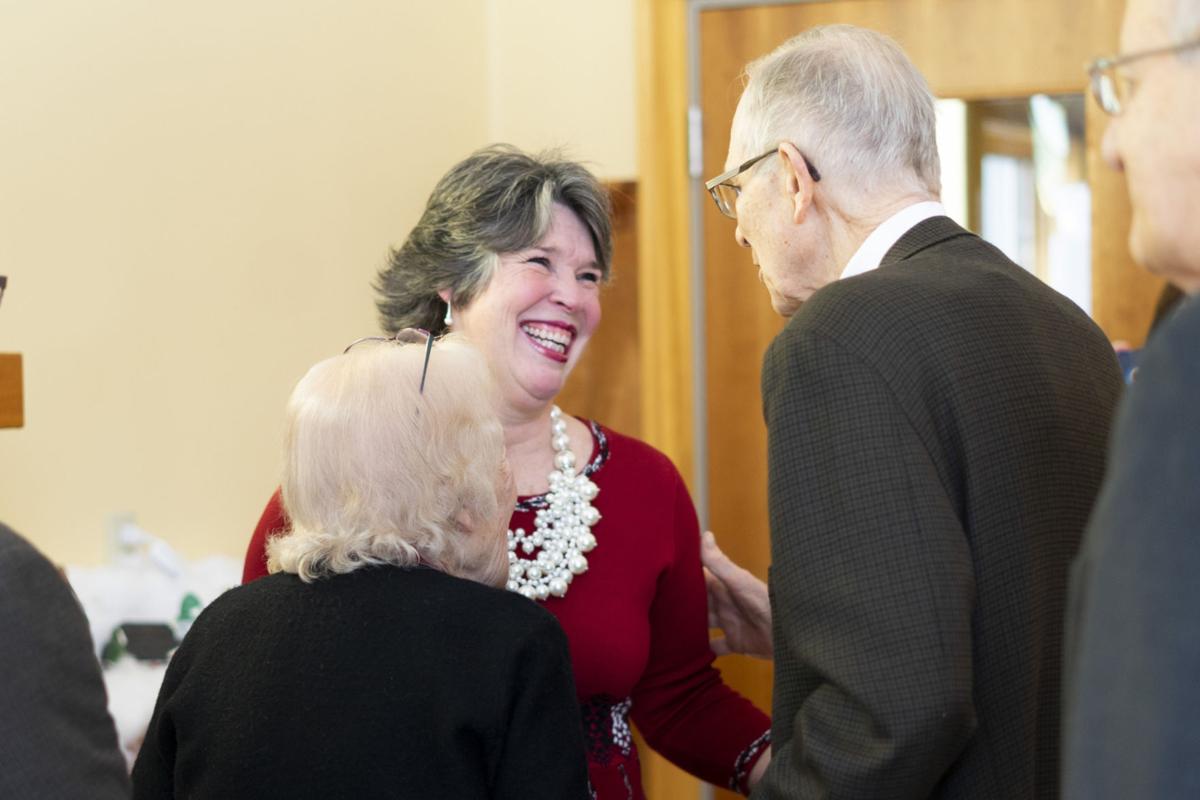 Allison Gorham is named as the 2019 Israel A Shapiro Citizenship Award Recipient on Friday in Watertown. Julia Hopkins/Watertown Daily Times

Allison Gorham, the 2019 Israel A Shapiro Citizenship Award recipient, is celebrated by her community at the news conference on Friday in Watertown. Julia Hopkins/Watertown Daily Times

Allison Gorham is named as the 2019 Israel A Shapiro Citizenship Award recipient on Friday in Watertown. Julia Hopkins/Watertown Daily Times

Allison Gorham, the 2019 Israel A Shapiro Citizenship Award recipient, laughs after taking a picture with her two nominators on Friday in Watertown. Julia Hopkins/Watertown Daily Times

Allison Gorham is named as the 2019 Israel A Shapiro Citizenship Award Recipient on Friday in Watertown. Julia Hopkins/Watertown Daily Times

WATERTOWN — On Friday afternoon, with the sun shining and spirits high despite the low temperature, Kylie Peck, president and CEO of the Greater Watertown-North Country Chamber of Commerce, announced the winner of the 2019 Israel A. Shapiro Citizenship Award.

In a festively decorated room at Hospice of Jefferson County, 1398 Gotham St., Mrs. Peck announced that Allison F. Gorham had been chosen to receive the 68th annual award.

“Allison donates her time, talent and treasury daily, she gives her heart and soul to the community she loves,” Mrs. Peck said. “So much of what she does on a daily basis is done quietly, without fanfare, whose results have changed the quality of our community in immeasurable ways.”

Established by Arnold I. Shapiro in honor of his father, a long-time business leader in the community, the award has been presented over the years to individuals displaying exceptional leadership on behalf of the city.

Mrs. Gorham, wearing a red dress that fit right in with the Christmas cheer radiating from the well decorated room, was visibly overwhelmed, but smiled at the gathered crowd through her tears.

“It’s totally unexpected and not required at all for me,” she said. “I’ve always preferred to just do my thing behind the scenes and usually I like to do it anonymously and not let anyone find out, so this is really a big deal.”

Mrs. Gorham, with the help of her husband, Brett, has planned, and in some cases funded and actually constructed, many improvements and projects throughout Watertown, such as the gardens at Hospice, the Massey Street Park and fountain, and Cornell Cooperative Extension’s Community Garden. She is involved in a number of organizations including the Watertown Urban Mission, Impossible Dream Thrift Store, Hospice of Jefferson County and Operation Yellow Ribbon, just to name a few.

For the last three years, Mrs. Gorham has been the champion and worker behind the scenes to ensure the Urban Mission’s Cinderella and Prince Charming Closet event is a success, and more than 400 students have participated in the event thanks to her efforts.

Judy Gentner and Pam Beyor-Murtha, who has been a close friend of Mrs. Gorham since they were in high school together, nominated Mrs. Gorham for this year’s award. Collectively, the two have known Mrs. Gorham as a friend, neighbor and colleague for over 46 years.

“I think Allison Gorham is one of the hardest working, most dedicated volunteers that I’ve ever seen anywhere in the community,” Mrs. Gentner said. “You can see where Allison has touched from the Mission to Hospice to the gardens where she works as a Master Gardener. She’s always behind the scenes and she’s never out in the spotlight, so it’s about time we give her the recognition that she deserves.”

These sentiments were echoed by Mrs. Gorham’s longtime friend, Mrs. Beyor-Murtha, who described Mrs. Gorham as a full-time volunteer who works tirelessly to make Watertown a wonderful place to live.

Mrs. Gorham, the newest winner of the Shapiro Award, was joined by five past recipients for a group photo at the end of the news conference, including Joe Rich, Gil Pearsall, Howie Ganter, Peggy Coe and Ben Coe.

Mrs. Gorham will be formally presented with the award at a dinner on Thursday, Feb. 6, 2020 at the Ramada by Wyndham, 21000 NYS Route 3. The event will begin with a cocktail hour at 6 p.m. followed by the presentation and dinner at 7 p.m. Admission will be $50 per person, or $450 for a corporate table of eight.

“Allison’s contributions to our community hold a theme of beautification and social responsibility, which will forever be significant,” Mrs. Peck said. “She radiates boundless energy while demonstrating acts of compassion and resolute purpose to make positive change in her community for the benefit of others.”

Registration for February’s presentation event can be made by contacting the Chamber of Commerce at (315) 788-4400, online at www.watertownny.com/award, or by emailing events@watertownny.com. Guests are asked to RSVP by Jan. 31 due to limited seating.