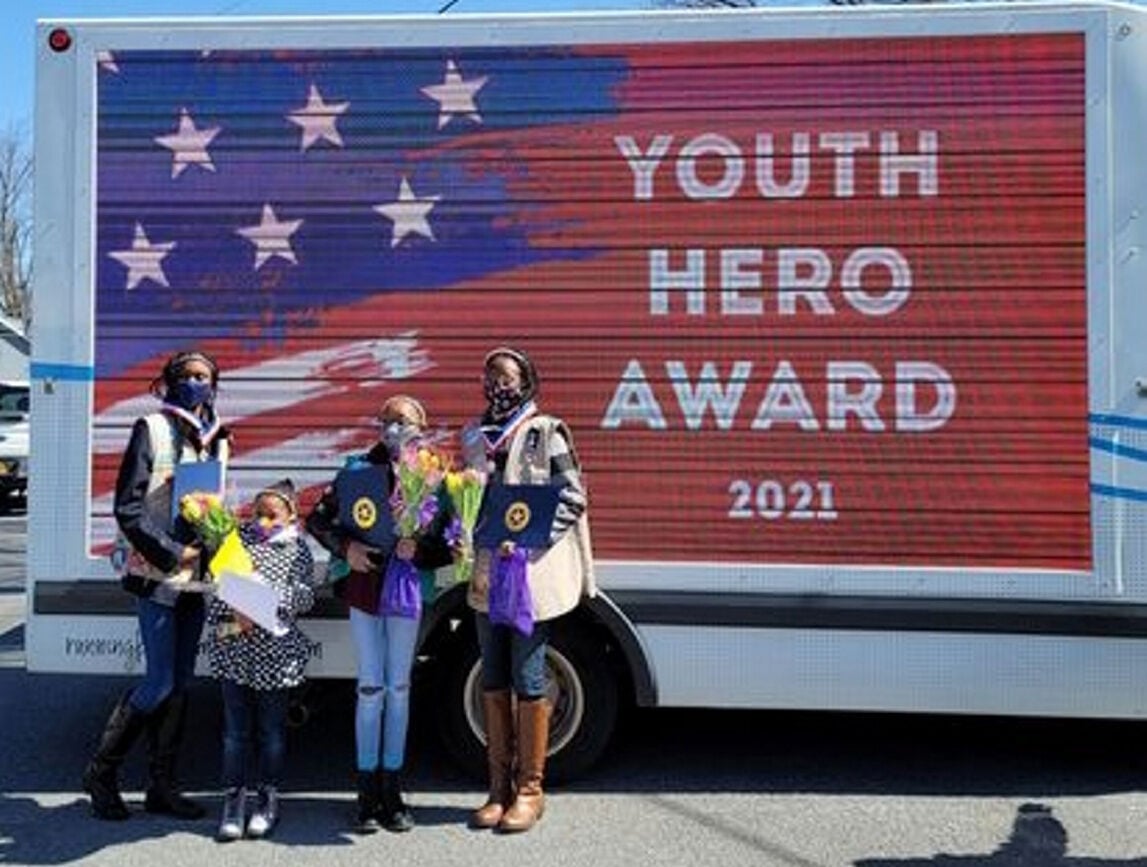 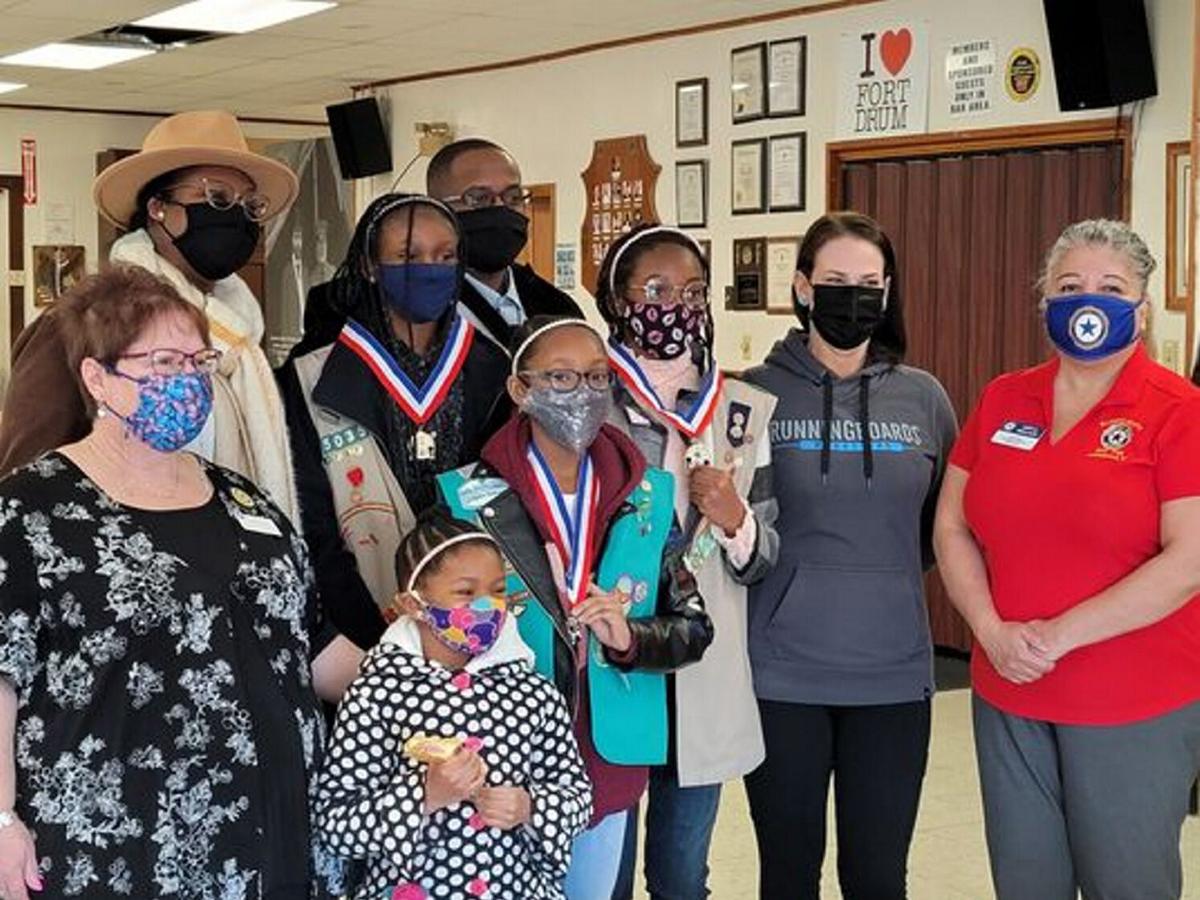 Participating in the awards ceremony were in front, from left, Amy McEathron, London and Leah Norris. In back are Shanna, Laila, Leon and Lauren Norris along with Jamie McGuire of Runningboards Marketing and Judy Wallace of the American Legion Post 789 Auxiliary. Provided photo

Participating in the awards ceremony were in front, from left, Amy McEathron, London and Leah Norris. In back are Shanna, Laila, Leon and Lauren Norris along with Jamie McGuire of Runningboards Marketing and Judy Wallace of the American Legion Post 789 Auxiliary. Provided photo

CARTHAGE — Three sisters were once again honored for their quick thinking and taking action to help save their mother’s life.

One morning in 2019 as the girls were getting ready for school, they found their pregnant mother in distress. Keeping calm, Laila Norris, 13 at the time, called the police while her sister Lauren, then 12, tried to reach their deployed father, Staff Sgt. Leon Norris, a flight medic with the 3-10 General Support Aviation Battalion, via WhatsApp. She also contacted some family friends to come help. Leah, 10, helped out by keeping the youngest sister, London, 5, calm and away from the situation.

“The award goes to a member of the community for saving a life,” said Ms. McEathron. “They do not have to be affiliated with the American Legion.”

Ms. McEathron, a member of the American Legion Post 789 Auxiliary, said she also nominated the girls due to their military connection.

“They are part of a military family and saved their mom while dad was deployed overseas,” she explained.

The Legion Auxiliary member said she had the awards for sometime but waited until the girls’ father returned from deployment before holding the ceremony. During the April 7 ceremony at the Carthage post, each girl received a medal, a certified letter from the National American Legion Auxiliary, flowers, a goody bag and since it is the Month of the Military Child, the girls received a certificate denoting their status.

Ms. McEathron also took the family to lunch following the ceremony. She expressed thanks to Jamie McGuire of Runningboards Marketing of Watertown, who donated the use of its billboard truck to promote the Norris girls’ achievement.

Leah, Laila and Lauren were previously presented the Girl Scout Lifesaving Medal of Honor in 2020 by Julie Dale, CEO of Girl Scouts of NYPENN Pathways, for their efforts helping their mother. The Medal of Honor is rarely given — one of the highest awards a Girl Scout can receive — with fewer than 10% of registered Girl Scouts receiving a medal.