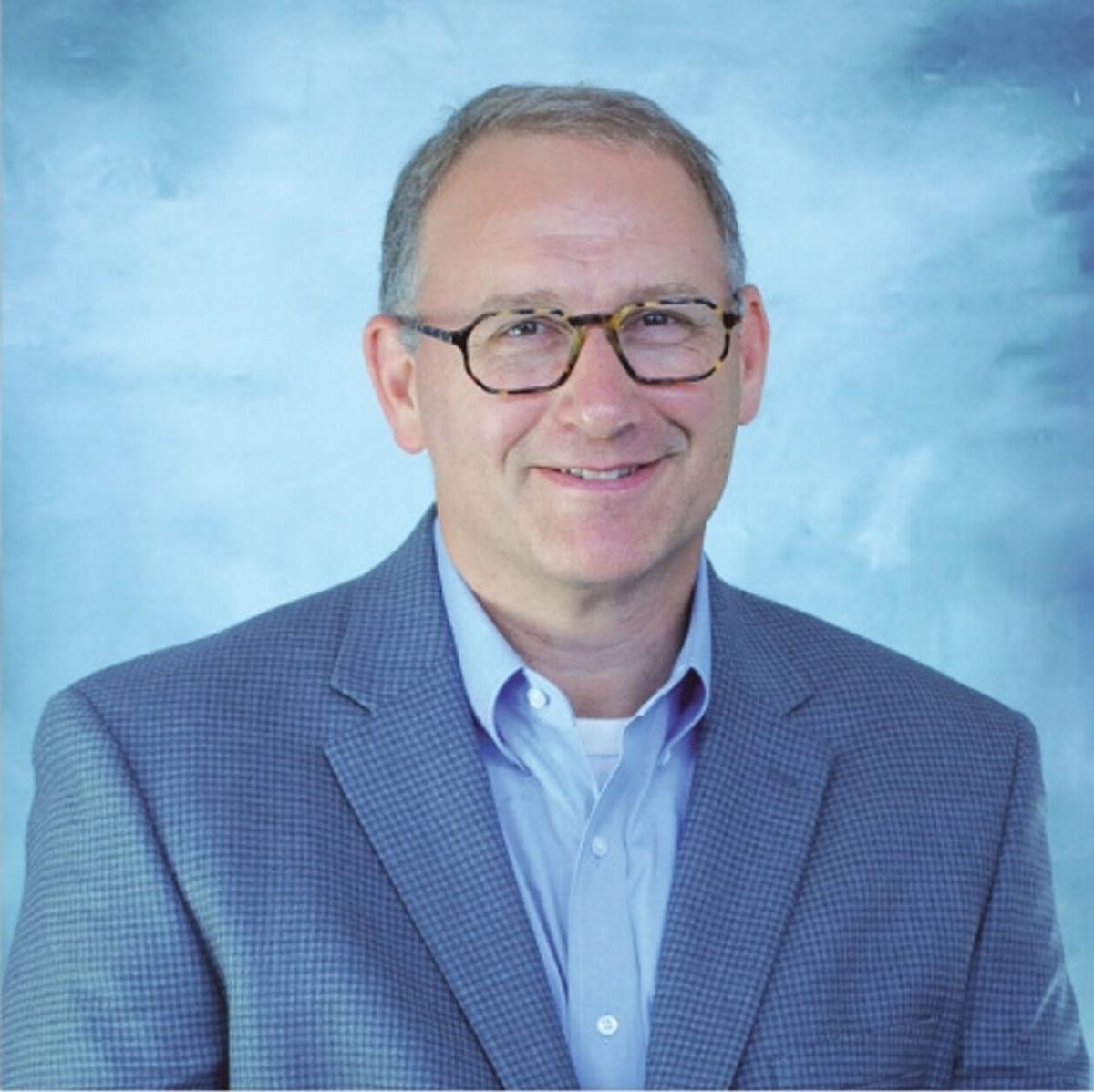 Richard A. Uhlig, a Cape Vincent native, spent years on Wall Street before taking on a new path as the CEO of Quadrant Biosciences, a private research lab in Syracuse. Provided photo 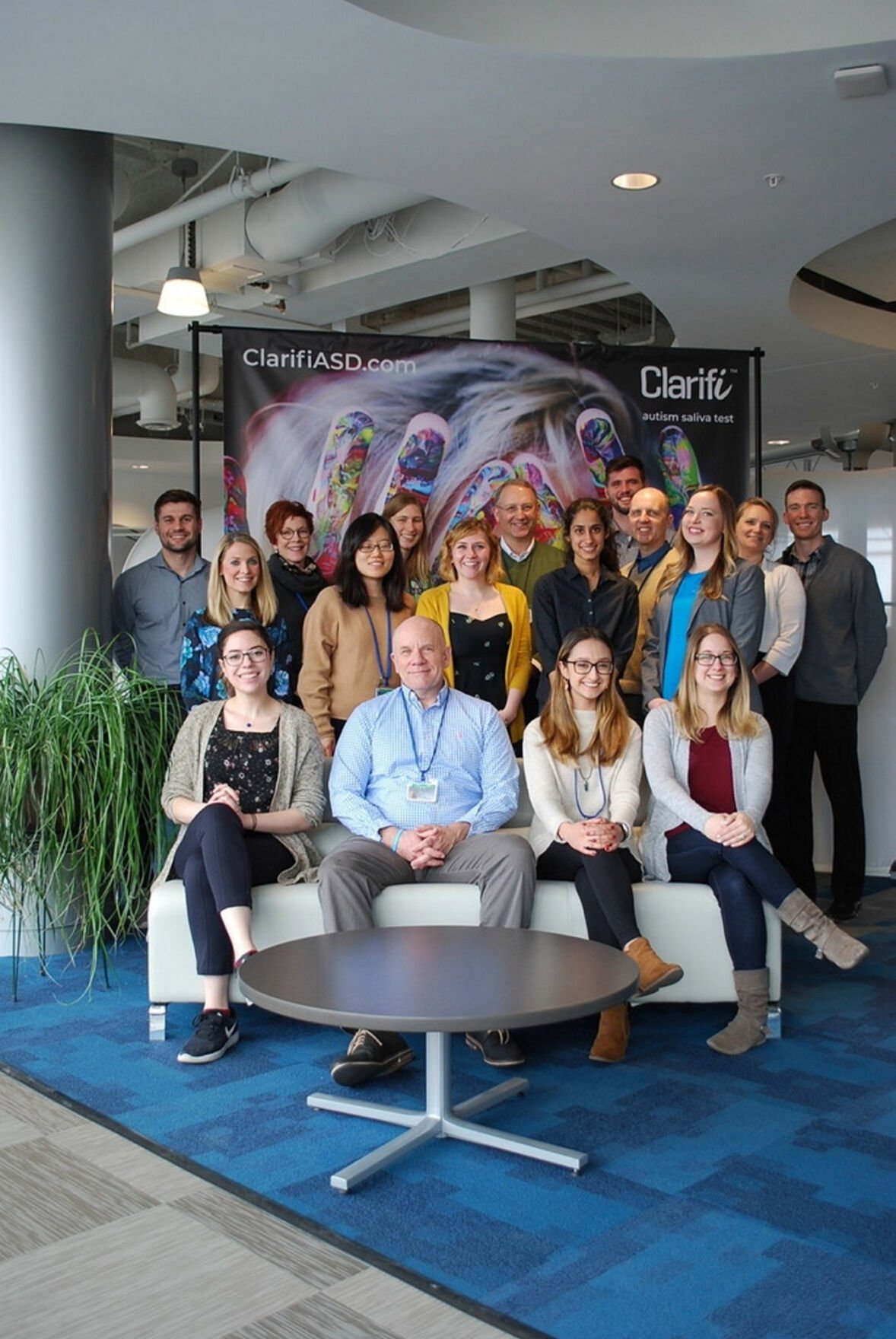 The Quadrant Biosciences team, including Richard A. Uhlig (back row, fourth from left), co-developed the Clarifi testing platform with Upstate Medical University, which can be used to test for traumatic brain injury, neurological disorders and even COVID-19. Provided photo

Richard A. Uhlig, a Cape Vincent native, spent years on Wall Street before taking on a new path as the CEO of Quadrant Biosciences, a private research lab in Syracuse. Provided photo

The Quadrant Biosciences team, including Richard A. Uhlig (back row, fourth from left), co-developed the Clarifi testing platform with Upstate Medical University, which can be used to test for traumatic brain injury, neurological disorders and even COVID-19. Provided photo

What is wastewater COVID testing, and how does it work?

SYRACUSE — Testing has been one of the main tools used by local and state governments to combat the spread of the novel coronavirus, and the S…

CAPE VINCENT — Growing up in Cape Vincent in the 1970s, Richard A. Uhlig always had an interest in science. His mother, Ruth, had a master’s degree in chemistry, and he said his chemistry, biology and math teachers were among the most influential from his school days.

Now, Mr. Uhlig runs Quadrant Biosciences, a life science lab in Syracuse. In partnership with Upstate Medical University, Quadrant developed the Clarifi testing platform, which can be used to detect diseases and disorders, including traumatic brain injury, autism spectrum disorder and even COVID-19. Quadrant Bioscience is contracted with Jefferson County, and a number of colleges in St. Lawrence County, to conduct wastewater testing to monitor communities for signs of COVID-19.

Mr. Uhlig and his family moved to Cape Vincent when he was 5 years old. His parents, Ruth and Robert, were high school teachers at Lyme Central School, a town over, where his mother taught math and his father taught English and history.

“Thank goodness they weren’t teachers in my school system,” Mr. Uhlig said. “My brother and I got it from all sides.”

Mr. Uhlig said growing up in Cape Vincent, surrounded by nature and with an inquisitive nature — thanks to his parents — he was inspired to explore the natural world.

“Growing up in a place like Cape Vincent, where the wilderness is in your backyard, it was an incredible place to grow up,” he said. “Even during the winter.”

Mr. Uhlig started out in the sciences with a degree from Cornell University’s College of Agriculture and Life Sciences in 1988. He worked full-time, 40 hours a week on top of his classes to afford tuition, food and rent. When he graduated, he was presented with two offers: one in a biology lab, making $18,000 a year, and another at Goldman Sachs, making $32,000 a year.

“Thirty-two was a lot more than 18, and I had zero, so that determined my early career path,” he said.

Mr. Uhlig quickly rose through the ranks at Goldman Sachs and was promoted to vice president of the bank’s fixed income division only four years out of school. Even though he had little experience in finance before he started at the firm, Mr. Uhlig said he thinks it was his work ethic that allowed him to outpace his peers, many of whom had master of business administration degrees from Ivy League universities.

“I think it was my early experience in carrying full course loads, as well as working, that really suited me well for a career on Wall Street,” he said. “Frankly, I think I excelled because I could just outwork everybody else.”

Mr. Uhlig toured around Wall Street for a few years, moving to Lehman Brothers in 1996, then Deutsche Bank less than a year later.

In 1999, Mr. Uhlig left Deutsche Bank with the core of his team and moved to Merrill Lynch. There, Mr. Uhlig became the chief investment officer for Merrill Lynch Bank USA, where he oversaw the growth of the bank’s assets, from $3 billion to more than $80 billion.

After a three-year stint at Cornell as the executive in residence, mentoring students interested in the financial field, in 2006, Mr. Uhlig became CEO and chairman of the board for Morgan Stanley Bank, a position he stayed in until 2008.

Mr. Uhlig gives his team full credit for his successes in the financial sector. Many of the people he hired and oversaw in the late 1990s and early 2000s have gone on to be very successful in the field today. Members of his team are now senior executives at JP Morgan, or senior traders at Fortress, one of the largest hedge funds in the world.

“I’ve always been able to attract people that are a lot smarter than me,” he said. “We’ve had some really terrific people through the years that I have been able to mentor and watch them go on to do great things, well beyond what I was capable of doing.”

After spending less than a year at the Federal Reserve Bank of New York in 2009, as the head of liquidity risk, Mr. Uhlig moved to Syracuse and took on more entrepreneurial ventures. He began dealing in real estate, and settled into a calmer lifestyle after nearly 20 years on Wall Street. Mr. Uhlig now splits his time between Syracuse and San Antonio, Texas.

He says it was the love of his children that inspired him to take up a second career in the science field. In 2014, his youngest son, Dave, got a serious concussion during a game of hockey. As the family pediatrician was diagnosing Dave, Mr. Uhlig said he realized the science behind concussion care was woefully underdeveloped.

“As the pediatrician was diagnosing and managing the injury, I looked at him, he’s a friend, and I said, ‘Don’t take this the wrong way, but it kind of looks like you’re guessing here,’” he said.

Despite the doctor’s explanations, Mr. Uhlig wasn’t satisfied. Everything seemed to be based on the doctor’s opinion, and no concrete evidence of a brain injury could be shown.

“I couldn’t believe that was the state-of-the-art, so over the next six months I read about 20 years’ worth of clinical research on the topic, kind of dusting off all those chemistry and biology cells in my brain,” he said.

Through that research, Mr. Uhlig concluded there was room for improvement, and there could be physical tests done to establish if a person had suffered a traumatic brain injury.

The research started in earnest then. Mr. Uhlig gathered a team, and they created a prototype assessment system, a precursor to the Clarifi testing platform. After a meeting with Dr. Brian Rieger, director of the Upstate Concussion Management Program, Mr. Uhlig began the long-running partnership between Quadrant and Upstate Medical University.

They began studying traumatic brain injuries more closely, to discover what indicators could be found that would show whether the brain had been damaged. They found an unlikely partnership with local mixed martial arts organizations as their research progressed.

“From a research perspective, it’s the only time you can schedule a head injury,” Mr. Uhlig joked. “The work with MMA fighters has been really productive.”

Mr. Uhlig and his team found that saliva was a surprisingly informative window into what’s happening in the body. As he explained it, there are five cranial nerves that come close to the oral cavity, and because of those nerves proximity to the saliva glands, trace amounts of RNA molecules found in the brain can be detected in a person’s saliva.

“We’ve been able to measure that in saliva and show great evidence of a concussion injury in saliva within the first 10 minutes after a fighter comes out of the octagon,” he said.

“We’re a team of about 50 people at Quadrant, and I like to think that we’re the intellectual equivalent of three-sport athletes,” Mr. Uhlig said.

Quadrant has teams of people working in artificial intelligence and machine learning, highly technical computer science fields that have become significant in many different industries in recent years. Quadrant uses algorithms, based off of large data sets, to discern trends, allowing them to quickly analyze large amounts of information. Mr. Uhlig said that has allowed them to quickly progress in their research.

Despite the quick progression of the Quadrant testing systems, Mr. Uhlig said there’s a lot more to be done to combat COVID-19 and diseases like it. He said there’s a clear need for more accurate tests for other diseases as well, to be able to discern between serious diseases like COVID-19, and less serious illnesses, like the common cold.

“I think that anyone right now that has a cough or a sniffle is scared to death that they have SARS-CoV-2,” he said. “That’s not an irrational fear. If we can give them peace of mind, and say it’s not SARS-CoV-2, it’s the flu, I think that would be a relief to many people.”

Even though Quadrant has found immense success in researching SARS-CoV-2, Mr. Uhlig said it’s inevitable that small companies like Quadrant will be pushed out of their leading position, overtaken by the larger scientific companies and pharmaceutical corporations. When that happens, he’s confident Quadrant can continue to innovate and stay ahead of the curve.

“As far as wastewater surveillance testing, we see a pretty important role for that, not just in looking at this pathogen, and flu, but also as a method of detecting the next pathogen,” he said. “We think that’s probably where we’re going to be able to pick it up next, and understand how it’s spreading, by testing wastewater.”