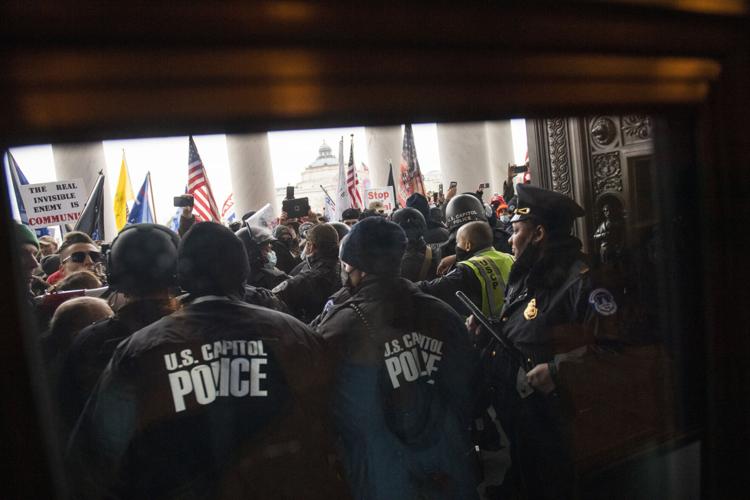 Rioters fight to gain access to the U.S. Capitol on Jan. 6, 2021. Photo for The Washington Post by Amanda Voisard 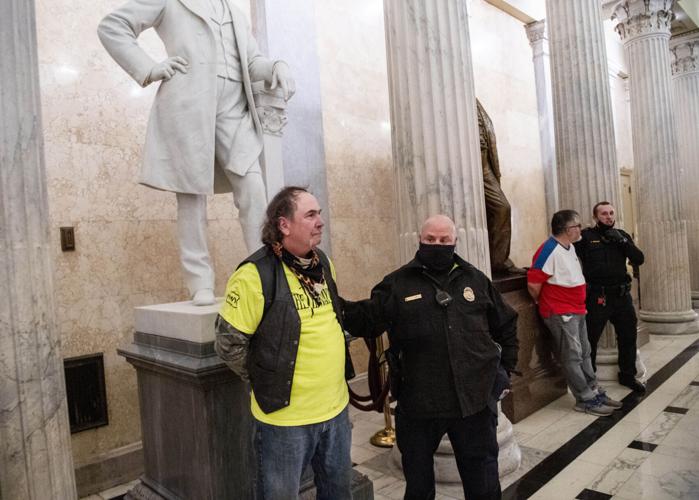 Rioters are detained at the Capitol on Jan. 6, 2021. Amanda Voisard/Washington Post 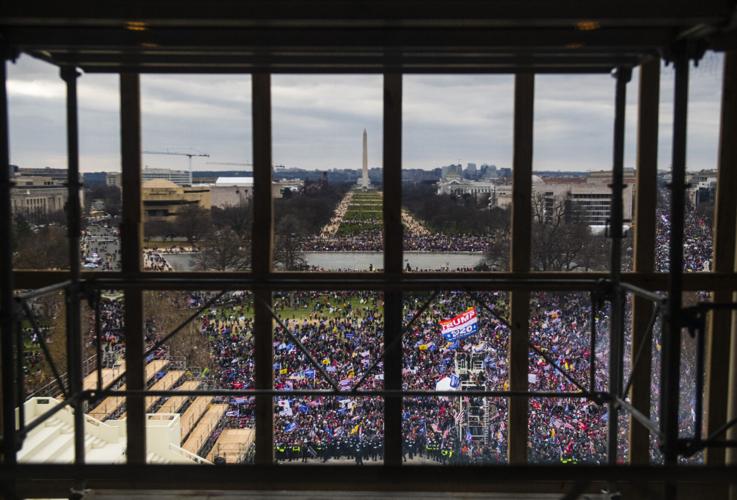 Rioters fight to gain access to the U.S. Capitol on Jan. 6, 2021. Photo for The Washington Post by Amanda Voisard

Rioters are detained at the Capitol on Jan. 6, 2021. Amanda Voisard/Washington Post

A former Watertown Daily Times staff photographer was part of the team at the Washington Post that on May 9 was awarded a Pulitzer Prize, considered American journalism’s highest honor.

Amanda Voisard, a native of Dayton, Ohio, and graduate of Ohio University, worked at the Watertown Daily Times from 2003 to 2006.

The Washington Post was awarded the Pulitzer Prize for public service for its coverage of the Jan. 6, 2021, insurrection at the U.S. Capitol. It recognized the work of more than 100 journalists across the Post’s newsroom, many of whom contributed reporting from the Capitol grounds that day as well as others who investigated the security failures that contributed to the crisis, the human costs of the attack and the larger ramifications for the nation.

After her three years at the Watertown Daily Times, Ms. Voisard worked at the Palm Beach Post in Florida for three years. In 2010, she enrolled in graduate school at Syracuse University, earning a master’s degree in multimedia journalism, with an overseas element of the degree in Turkey.

The morning of Jan. 6 began with a Post news team fanning out across Washington, D.C., to cover a “Stop the Steal” pro-Trump rally.

On the day of the insurrection at the Capitol, Ms. Voisard had been a regular contributor for the Post since she was an intern beginning in 2011.

“It started off like a pretty regular day,” Ms. Voisard said. “There’s been a lot of protests around Washington I’ve covered over the years.”

Ms. Voisard was one of about 10 Post photographers at the Capitol that day — from the grounds to inside. She was assigned to the electoral ballot count in the Senate.

She began filing images but then felt something wasn’t right.

“As a journalist for 20 years, you feel when the mood shifts,” she said. “I didn’t know what was happening outside the doors, but I could feel it.”

From Statuary Hall, Ms. Voisard called her editor and told him she had to postpone filing her images.

“I left my computer on the floor of Statuary Hall, walked toward the (Capitol) Rotunda, looked to my right and saw thousands of people amassed against the window of the Capitol on the steps.”

Capitol Police, watching from inside, noticed outnumbered colleagues backed up, outside, against the door and being confronted by insurrectionists. Ms. Voisard and others were told to seek shelter.

“I looked down through the Rotunda and could see insurrectionists spilling into the building,” Ms. Voisard said. She leaned over and took additional shots.

Ms. Voisard was led by congressional staff to an office. She wasn’t looking to seek shelter — still focused on and doing her job. “They said I could come in and I could get a full vantage point of the outdoor area. I got in the door and we had a full view of the protests that were continuing to grow outside,” she said.

The office was barricaded with furniture. Ms. Voisard was asked if she was scared at that point.

She said her editors, reached by phone, kept her focused.

She estimates she was in the room for over an hour before the gathering was evacuated. Ms. Voisard and other evacuated journalists were then sent to a holding area. She was able to retrieve her laptop. Congress later decided to reconvene and certify the votes that made Joseph R. Biden Jr. the legitimate 46th president of the United States.

“We were moved back from the evacuation point back to the Capitol to document democracy working,” Ms. Voisard said.

That moment is the memory that most stays with her from that day.

“I’ve never been more proud in my entire life of my country,” she said.

“This was a seminal event in American history and democracy,” Post Executive Editor Sally Buzbee said. She called it The Post’s “mission and our absolute sacred trust” to not just cover the crisis thoroughly but to find ways to get its reporting and analysis out “to as broad an audience as possible.”

Ms. Voisard joined the Watertown Daily Times in 2003 in her first job out of college.

“I was looking for opportunities after I graduated and Watertown had a good reputation for having a strong photo team to help young photojournalists get started,” Ms. Voisard said.

She worked under the guidance of now-retired photo manager Norm Johnston.

“I will always be grateful to him,” Ms. Voisard said. “He pushed me every day to come back with an image that was strong and representative of the quality of the Watertown Daily Times.”

Hmmm, the same WP that reported the 2016 Russia Trump story that has been debunked? The credibility of the WP and the Pulitzer Prize Committee is questionable. The hypocrisy is truly amazing.