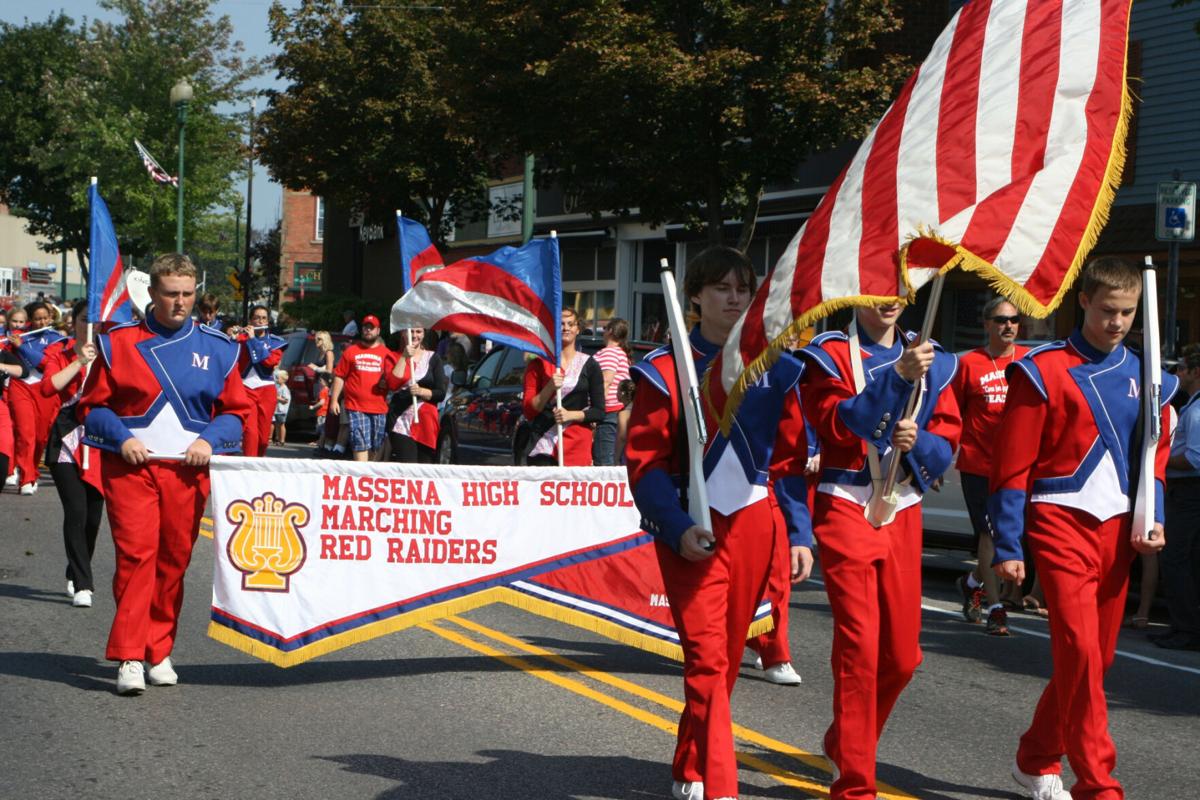 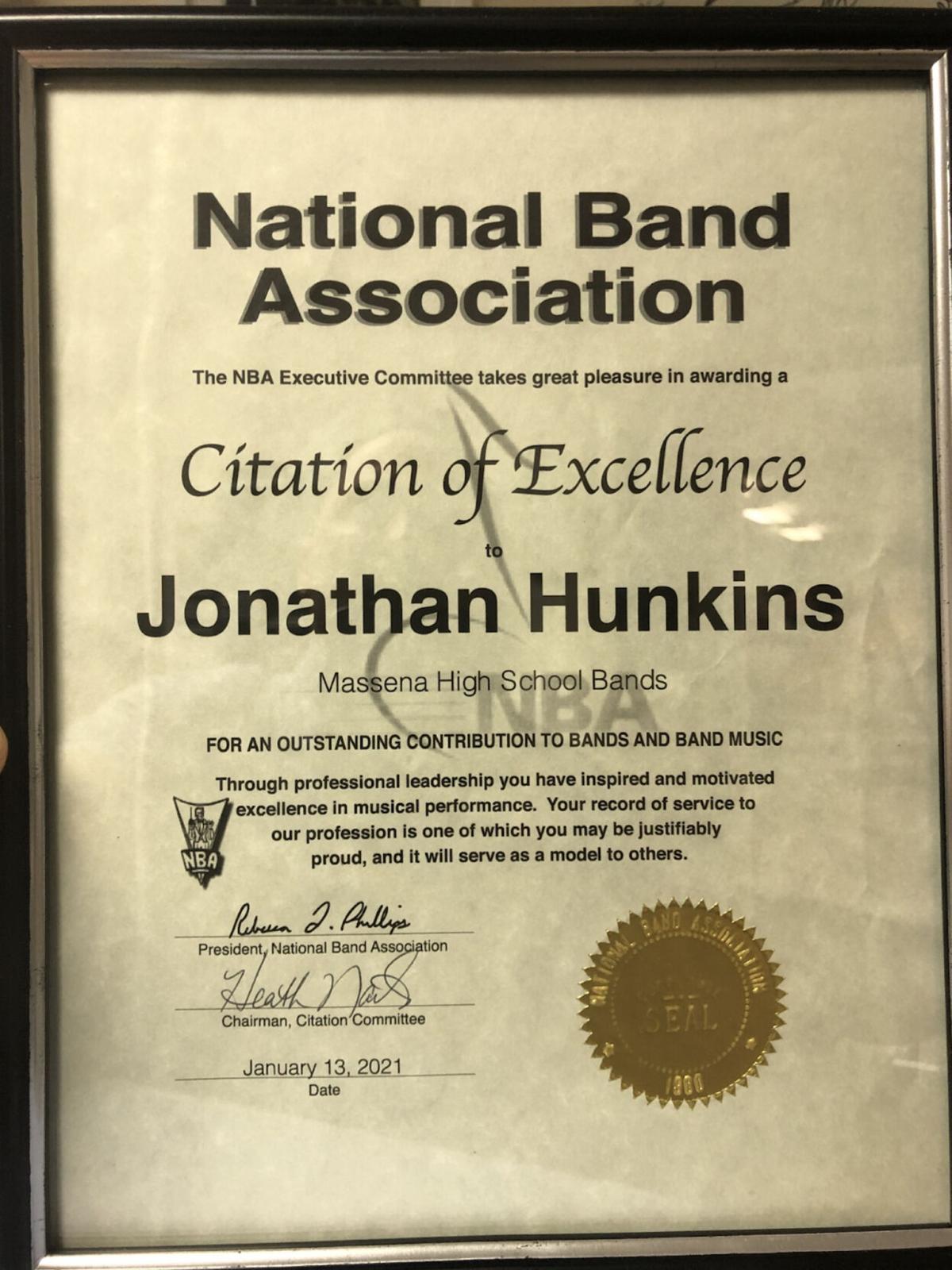 Jonathan Hunkins received the National Band Association’s Citation of Excellence in January, and the accolades started pouring in this week after Principal Alan Oliver learned of the recognition and posted it on social media.

Mr. Hunkins said he was talking to Mr. Oliver one morning and the Citation of Excellence was one of the topics of discussion.

“I kind of mentioned that I had been given this award from NBA,” he said.

After he found out, Mr. Oliver posted his congratulations Sunday morning on the high school’s Facebook page.

“We are fortunate at MCHS to have Mr. Hunkins as a Band Director and we couldn’t be more proud of him for this well-earned recognition. Congratulations to Mr. Hunkins and thank you for all you do for music education in our school and in our region!!!” Mr. Oliver wrote.

Then the comments started rolling in, including:

“What a wonderful and extremely well-deserved honor. Congratulations!”

“Congratulations Mr. Hunkins, you are a truly dedicated teacher to all students, whether it be band or not. I have seen your dedication!”

“Well deserved! Mr. Hunkins is such a powerful asset to the Massena Music community.”

“He is the best. Undoubtedly. When I watch him conduct I want to play in his band!! Congratulations!!! Definitely well deserved!!”

Mr. Hunkins said he was doing rehearsals for the upcoming production of “Little Shop of Horrors” and learned about Mr. Oliver’s posting when he returned home.

“Everybody was doing their thing like we did back in 2000 when we did that show last. I got home and my wife told me that Facebook was all over the place. I don’t go on Facebook a lot, so I jumped on. I was kind of overwhelmed. There were some really nice things said and I was really appreciative and very humbled and very, very touched,” he said.

“The National Band Association offers the Citation of Excellence to exceptional individuals who have been recommended by their peers for this honor. The National Band Association’s website goes on to explain that, the Citation of Excellence is awarded to outstanding concert band directors whose ensembles have a history of a distinguished level of accomplishment, or to those individuals who have made significant contributions to the field of bands and band music,” he wrote.

“Mr. Jonathan Hunkins is a remarkable teacher and one that we are fortunate to have in Massena. His passion, dedication, and caring for both his students and our music program are invaluable to our school community. We could not be more proud of Mr. Hunkins for this recognition by the National Band Association. Congratulations Mr. Hunkins!” Mr. Oliver wrote.

“Jonathan Hunkins is the High School Band Director and Music Department Chairperson at Massena Central School. He is currently serving as NYSSMA Zone 5 Representative to include participation on the Future of Ensembles Ad Hoc Committee. In these roles, he has been proactive and highly effective in keeping all of our North Country music teachers fully informed of the efforts being made to forge a path forward toward the delivery of a standards-based, sequential experience in safe environments for our students and us,” Mr. Savage wrote.

“As you know, we have many wonderful band directors in the North Country. I would like to recognize Jonathan Hunkins in particular for going above and beyond to help us all do the best we can through this pandemic,” he wrote.

Mr. Hunkins said his relationship with Mr. Savage stretches back many years. He has known him since they both started working in the north country, Mr. Savage at Heuvelton and himself in Morristown in 1992.

“He sent me the text he used to nominate me. I was very honored and very humbled and very touched that I was nominated for it and that my peers still think highly of me after 30 years,” he said.

Robin Linaberry, New York state chairperson for the National Band Association, also recognized Mr. Hunkins. He wrote, “...a Teacher stands out above others for the highly effective strategies they employ, and for the results that are obvious from their work. But when a Teacher further distinguishes himself by magnetizing students with that special, magical ‘It Factor,’ well that’s the time for recognition.”