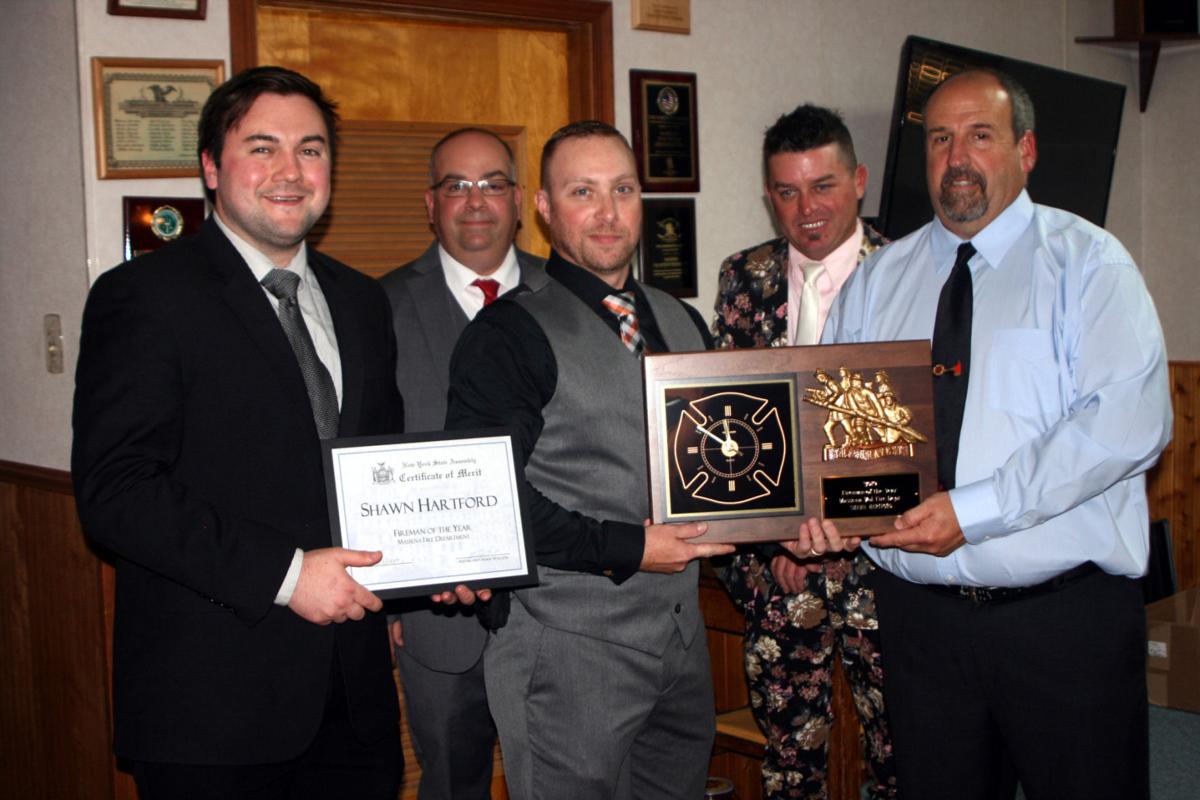 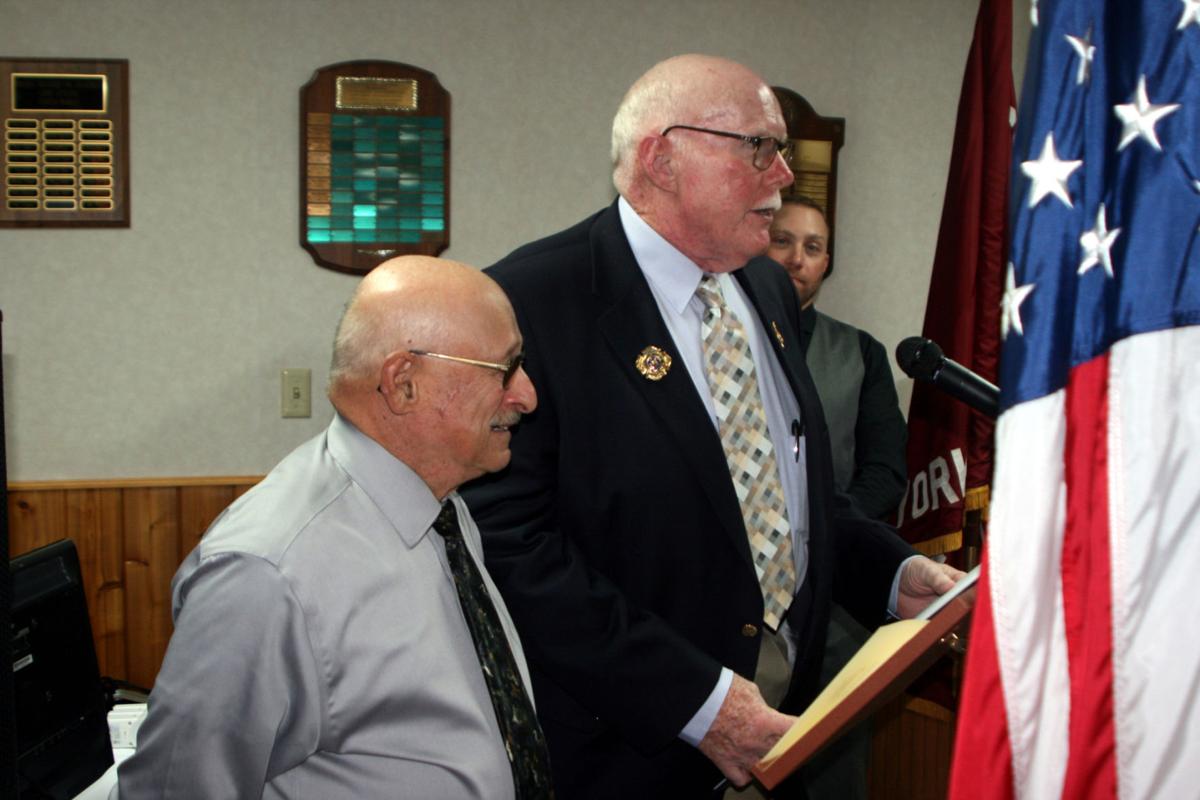 John Ledger was recognized for 50 years of service during the Massena Volunteer Fire Department’s annual banquet on Saturday. Among those recognizing Mr. Ledger was Joe Finnegan, representing the officers and members of the Firemen’s Association of the State of New York. Bob Beckstead/Johnson Newspapers 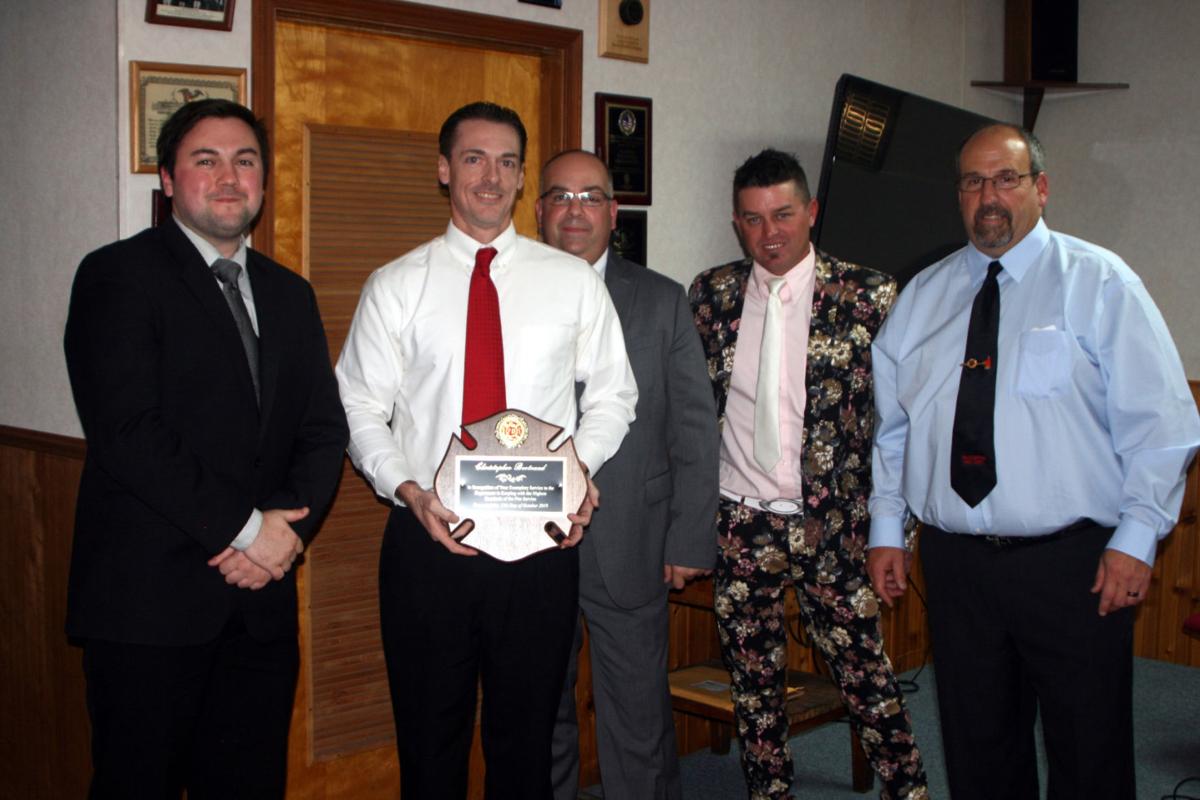 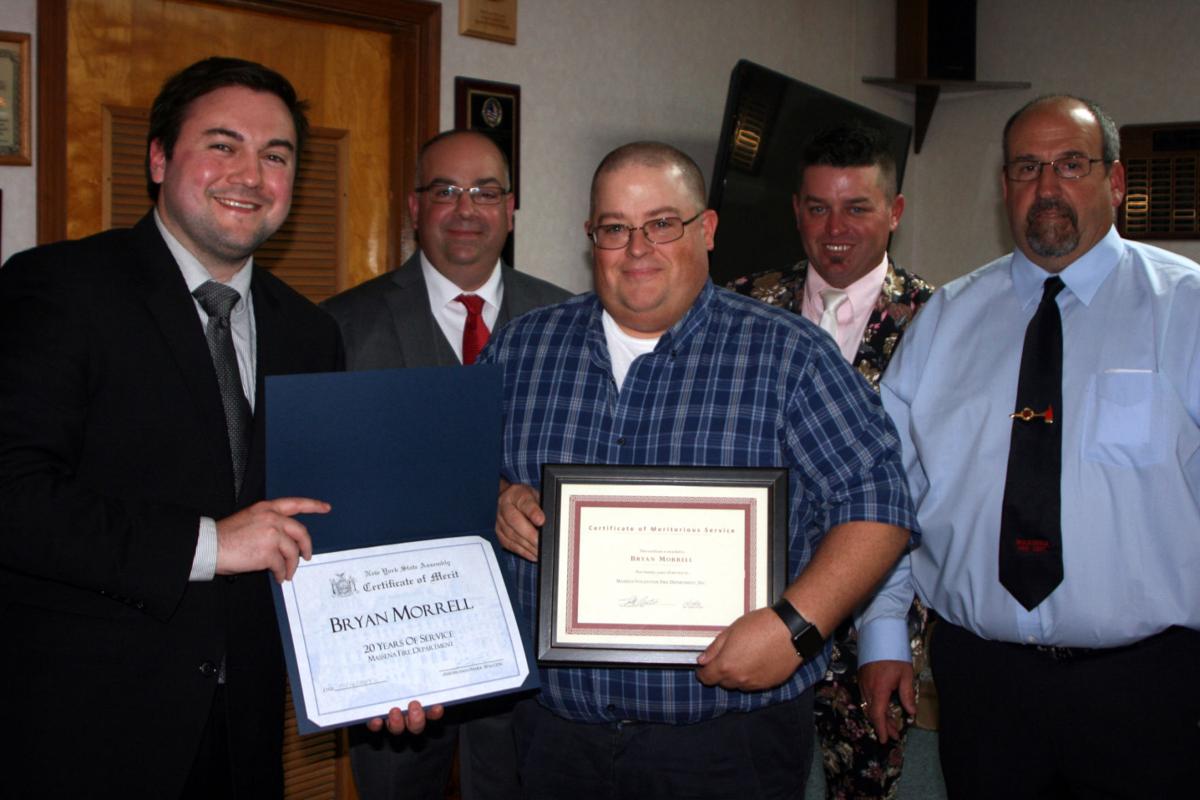 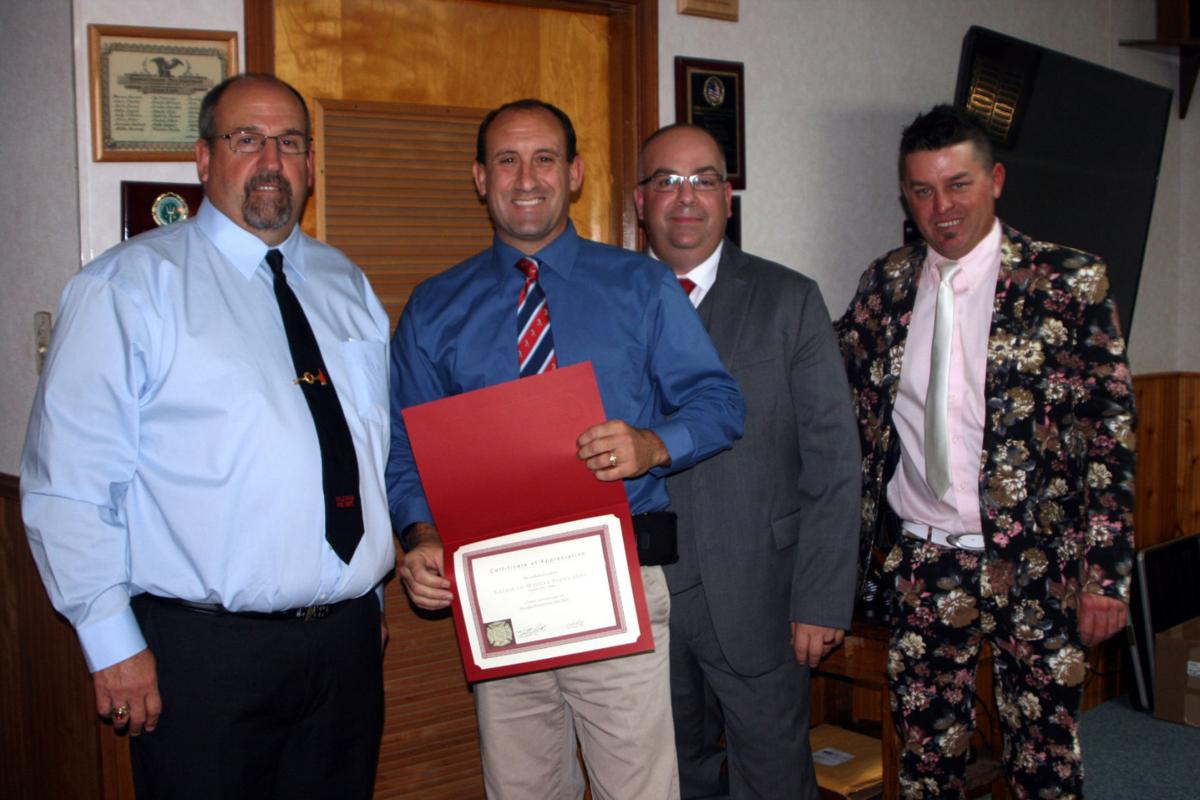 John Ledger was recognized for 50 years of service during the Massena Volunteer Fire Department’s annual banquet on Saturday. Among those recognizing Mr. Ledger was Joe Finnegan, representing the officers and members of the Firemen’s Association of the State of New York. Bob Beckstead/Johnson Newspapers

MASSENA — Shawn Hartford celebrated his birthday on Saturday, but there was another celebration waiting in the wings — the announcement that he had been named Fireman of the Year for the Massena Volunteer Fire Department.

Mr. Hartford was recognized during the department’s annual banquet, where he was serving as master of ceremonies.

Chief Timothy Quenneville said there were many candidates for this year’s honor.

“One stood above the others for the service rendered to the department and its members, not only this year, but every year since joining,” he said.

He said that since Mr. Hartford joined the fire department just under five years ago, he had taken the initiative to continue his training in a number of areas.

“He put his training to use for his employer, joining Alcoa’s Fire Brigade,” Mr. Quenneville said.

In addition, he said, Mr. Hartford “continuously serves as an example to our members. Rarely a day goes by when he’s not present at the fire house in some capacity.”

Mr. Hartford said he was humbled to receive the award.

“There are so many other people in here who deserve this award,” he said. “It means the absolute world to me. My heart is in this department, and I hope everybody that joins feels the same way.”

He said he would not have received the award without help from others.

“It’s not a one-man show. I couldn’t do what I do without everybody else. There are so many other members that deserve this more than me. I appreciate it more than you will ever know,” Mr. Hartford said.

The celebration wasn’t over after he received the award, though. The lights in the banquet room were dimmed, and a birthday cake was brought out of the kitchen as the guests sang, “Happy Birthday.”

It was a night of recognizing members of the department, as well as those who had helped them through the year. Among the other honors was a recognition of John Ledger for 50 years of service to the department.

Mr. Quenneville that said after Mr. Ledger joined the department in 1969, he became a member of the department’s racing team, which was disbanded in 1972.

“Since 1972 he has been a part of the Northern New York and New York State Parade and Drill Officials Association,” he said.

Mr. Ledger was hired as a permanent firefighter in 1987 and retired from that role in 2007. He has served in many other capacities around the department, and was named Fireman of the Year in 2004.

Mr. Ledger was also recognized by Joe Finnegan, representing the officers and members of the Firemen’s Association of the State of New York.

Mr. Finnegan said Mr. Ledger has served as an ambassador not only for Massena, but also the county and state.

“Thanks. You’ve been a good friend. Most of all, you represent what volunteer fire and emergency services are all about,” Mr. Finnegan said.

Several organizations and individuals received certificates for their assistance to the fire department over the past year.

“Take a look at it for what it really is. It’s a heartfelt thank you. It’s a sign of mutual respect and it’s an acknowledgement that all you do for our department does not go unnoticed,” Mr. Hartford said.

During Fire Prevention Week the department visited schools to give fire safety presentations and also held its annual drill on the Grasse River bridge in downtown Massena.