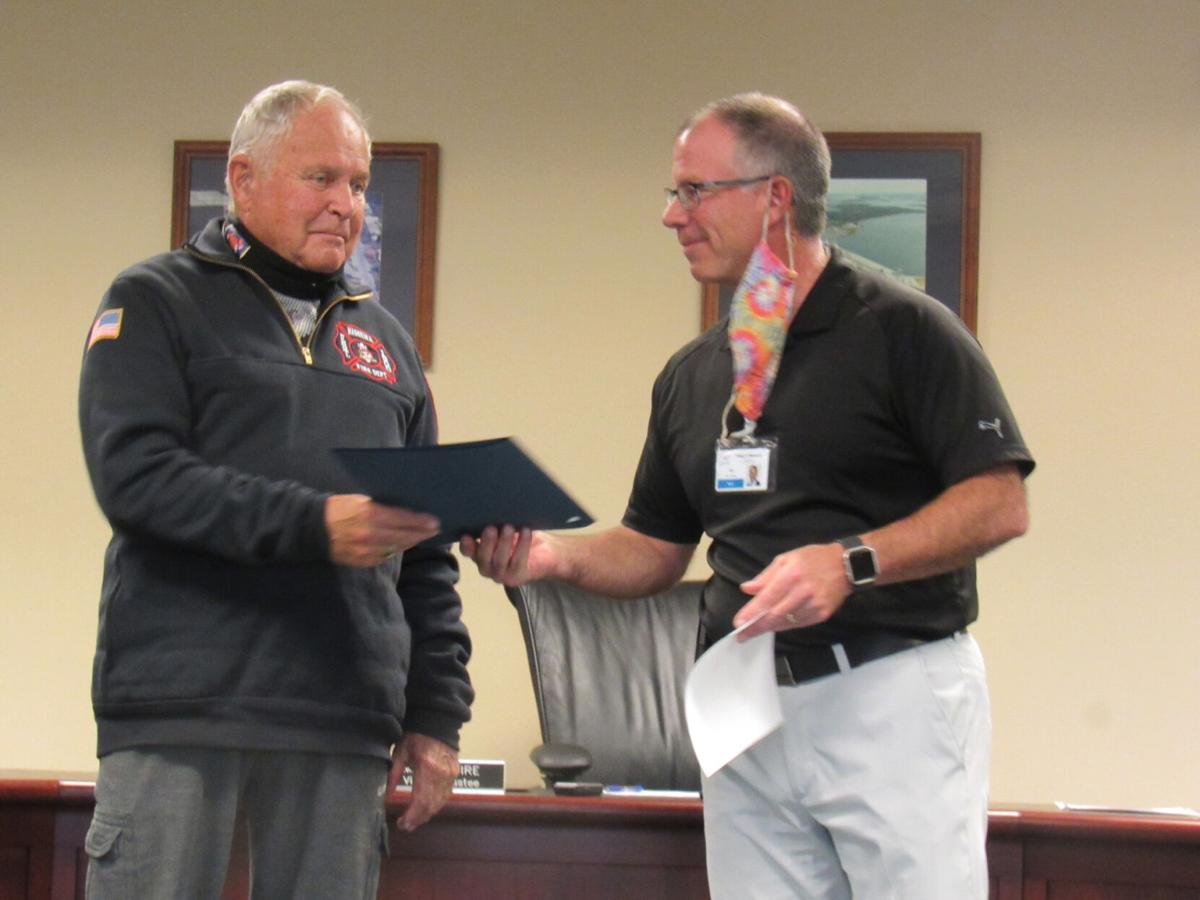 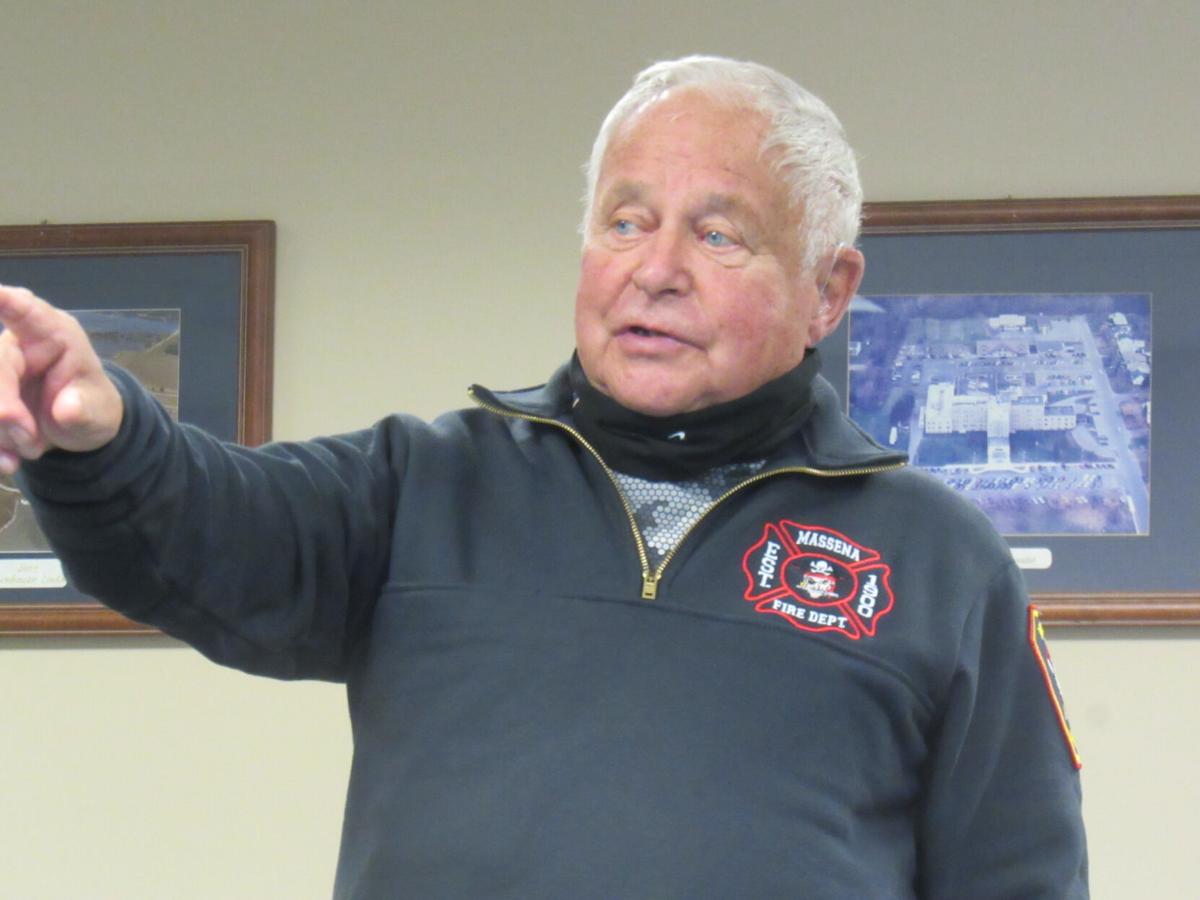 Richard “Dick” Frank points out family and friends who were on hand Tuesday when Massena Mayor Timothy J. Ahlfeld recognized him for his 60 years of service to the Massena Volunteer Fire Department. Bob Beckstead/Watertown Daily Times

Richard “Dick” Frank points out family and friends who were on hand Tuesday when Massena Mayor Timothy J. Ahlfeld recognized him for his 60 years of service to the Massena Volunteer Fire Department. Bob Beckstead/Watertown Daily Times

MASSENA — Family and friends of a 60-year member of the Massena Volunteer Fire Department were on hand for a special presentation during Tuesday’s meeting of Massena village trustees.

Mayor Timothy J. Ahlfeld recognized Richard “Dick” Frank with a certificate of recognition to note his six decades with the department.

“It’s not very often you get to go to a board meeting and do things that are fun. Tonight’s a fun thing that we get to do,” Mr. Ahlfeld said. “We get to honor somebody that everybody knows, Dick Frank, for 60 years of service to the Massena Volunteer Fire Department. We’ve got a little presentation for him here, but not until we embarrass him.”

Mr. Ahlfeld recounted some of the world and local events that happened in 1961, Mr. Frank’s first year in the department. He said that in 1961 John F. Kennedy was sworn in as the 35th U.S. president and Congress asked for $531 million to send a man to the moon by the end of the decade.

“You remember all this stuff?” he asked Mr. Frank.

In addition, the electric toothbrush was introduced in 1961; the average cost of a new car was $2,850; the Ken doll was introduced as a boyfriend to Barbie; the New York Yankees won the World Series over the Cincinnati Red; and West Side Story won the Academy Award for best picture.

Mr. Ahlfeld also shared some local events from that year.

Vivian Droppo, of 42 Elm St., was crowned queen of Fire Prevention Week; the A&P grocery store on East Orvis Street was selling Delmonico steaks for $1.69 a pound; and Mr. Frank and Babe LePage each scored 20 points to power Levine’s to an adult recreation basketball victory at the gym.

Then it was time to recognize Mr. Frank. Mr. Ahlfeld read a certificate of recognition.

“In honor of recognition of firefighter Richard ‘Dick’ Frank for 60 years of faithful service and dedication to the residents of the Massena community while serving as a member of the Massena Volunteer Fire Department Inc. Dated Oct. 19, 2021. Congratulations,” Mr. Ahlfeld said.

He noted that Mr. Frank wasn’t just a volunteer firefighter, he was also a jack-of-all trades.

“There’s nothing that Dick can’t fix, and there’s no person that Dick won’t fix something for,” Mr. Ahlfeld said. “I can speak firsthand for that because I know when my mother used to have problems with her golf cart, she asked Dick for something and it would be fixed like that. Just the type of person you are. You’re a good man. Very good.”

“Thank you all. I appreciate it,” Mr. Frank said.