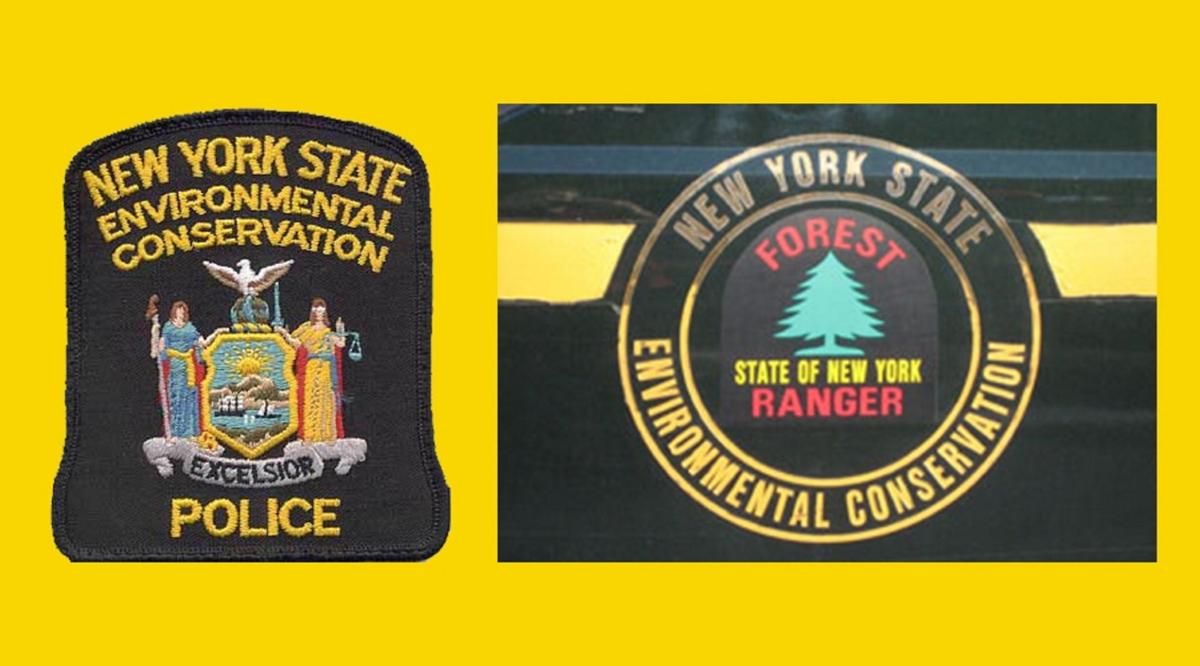 SYRACUSE — Gov. Andrew Cuomo praised the beneficiaries of 29 weeks’ education recently as 44 graduates of the Department of Environmental Conservation’s Training Academy in Pulaski graduated as either Environmental Conservation Police Officers or Forest Rangers. This year’s recruits ranged in age from 22 to 48 years old. Among them was ECO Murel E. Lovgren of Pulaski.

The 30 Environmental Conservation Police Officers and 14 Forest Rangers received their diplomas in a formal ceremony at the Expo Center at the New York State Fairgrounds in Syracuse Friday, Dec. 6.

“Forest Rangers and Environmental Conservation Police Officers work in communities across the state to protect and preserve New York’s abundant natural resources,” Cuomo said. “I congratulate the men and women who graduated today and am confident these officers will carry on New York’s rich tradition of environmental stewardship as they protect the health and safety of New Yorkers and visitors alike.”

Department of Environmental Conservation Commissioner Basil Seggos said, “New York’s Environmental Conservation Police Officers and Forest Rangers have been serving on the front lines since the late 1800s, protecting New York’s environment, natural resources, and communities. I applaud these recruits for selecting a noble career and have no doubt they will continue to safeguard the health of our air, land, water, and wildlife for generations to come.”

In 2020, DEC will mark a critical milestone for the future of Ranger and ECO training, recognizing the legacy of these two public protection forces. Following DEC’s acquisition of Oswego County’s former Cleveland Elementary School earlier this year, the facility will serve as the future home of the basic training academy for ECOs and Forest Rangers. In addition, ECOs will be celebrating the 140th anniversary since the establishment of New York’s first Fish and Game Protectors in 1880. Forest Rangers will be commemorating 135 years since their predecessors, Fire Wardens, first began patrolling New York’s Adirondack and Catskill forest preserves.

ECO job duties are centered on the 71 chapters of New York State Environmental Conservation Law and range from investigating deer poaching, conducting surveillance on a company suspected of dumping chemical waste, or checking fishing licenses on a local waterway. Across the state in 2018, ECOs responded to more than 21,668 calls and issued more than 20,665 tickets.

Department of Environmental Conservation Division of Law Enforcement Director Bernard Rivers said, “This extensive and rigorous 29-week training course prepares our recruits to face a diverse workload of cases in both general law enforcement and environmental law. These men and women are committed to protecting New Yorkers from environmental pollution by enforcing clean air and water regulations, supporting fish and wildlife laws, and investigating major environmental crimes. I’m proud and thrilled for them to join our ranks.”

Originally known as Fire Wardens, Forest Rangers were established in 1885 with the creation of the Forest Preserve. Their duties focus on protecting state lands and forests and include search and rescue missions, wildfire suppression and educating the public on the safe use of state lands. In 2018, DEC Forest Rangers conducted 346 search-and-rescue missions, extinguished 105 wildfires that burned a total of 845 acres, participated in 24 prescribed fires that burned and rejuvenated 611 acres and worked on cases that resulted in 2,354 tickets or arrests.

Department of Environmental Conservation Division of Forest Protection Director Eric Lahr said, “DEC’s Forest Rangers are entrusted to protect New York’s vast natural resources and the people who come from near and far to enjoy them. The men and women we celebrate today have learned the essential skills necessary to provide public safety and enforce state environmental laws both in the mountainous backcountry and in communities across the state. I look forward to working with each of them in fulfilling our important mission.”

ECOs and Forest Rangers are full-fledged New York State Police officers and are often called upon to assist in some of New York’s most important police work. They were among the first responders on the scene to help in the aftermath of Sept. 11, assisted in the response to Superstorm Sandy, helped in the 2015 search for two escaped felons from the Clinton Correctional Facility in Dannemora, and have traveled to battle wildfires in western states.

The graduating class will join the ranks of 275 ECOs and 131 Forest Rangers currently serving across the state. The recruits in this newest class were selected from an eligible list of qualifications and passing scores generated from the most recent Civil Service exam, which became active in March of 2017. To view job qualifications for ECOs, visit the Environmental Conservation Officer job description web page at www.dec.ny.gov/about/746.html, and for Forest Rangers, visit the Forest Ranger job description web page at www.dec.ny.gov/about/732.html. For an inside look into what it takes to be an ECO or a Forest Ranger, watch a 4-minute clip from 2017’s Basic School for Uniformed Officers available on YouTube at https://www.youtube.com/watch?v=uJG66CoOLwc&amp;feature=youtu.be.