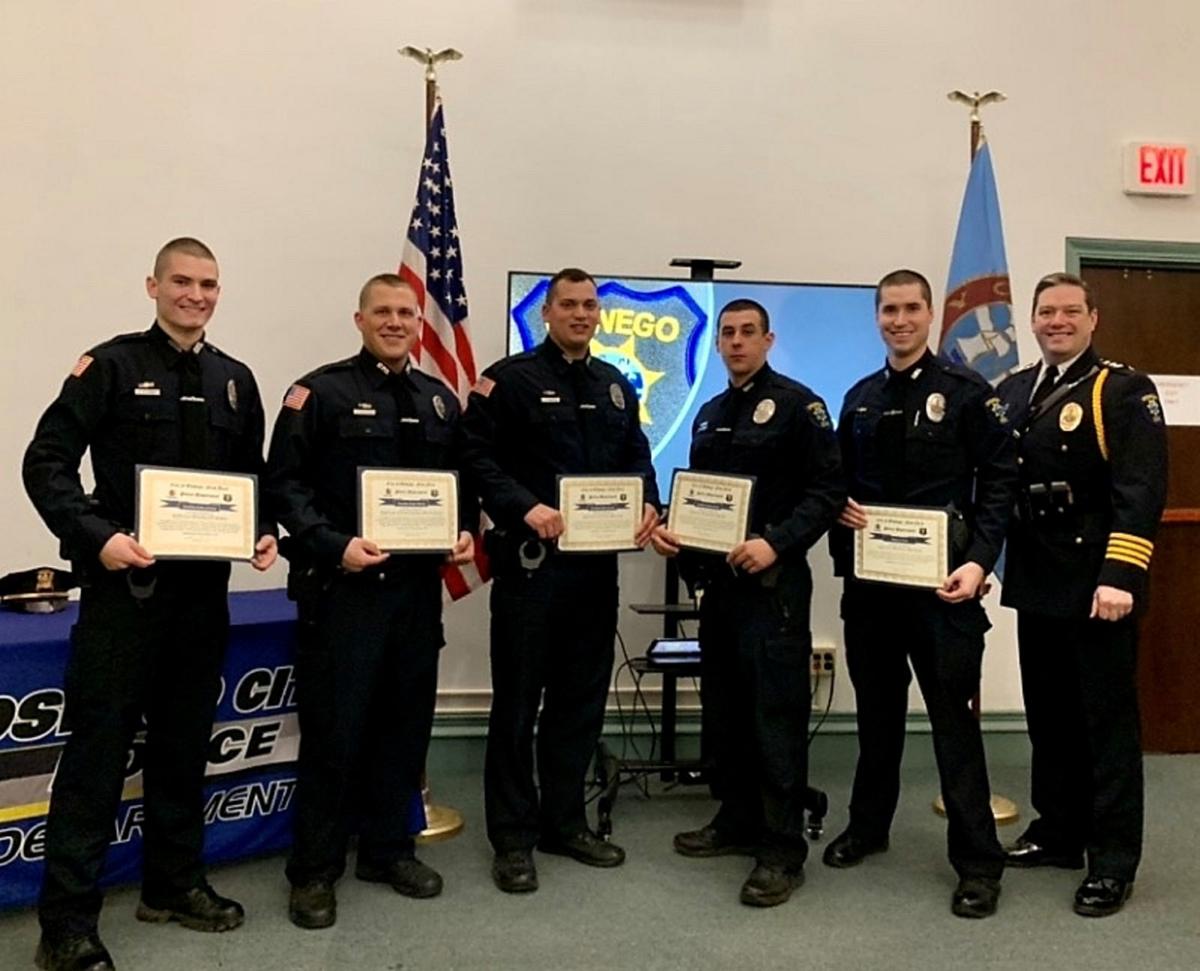 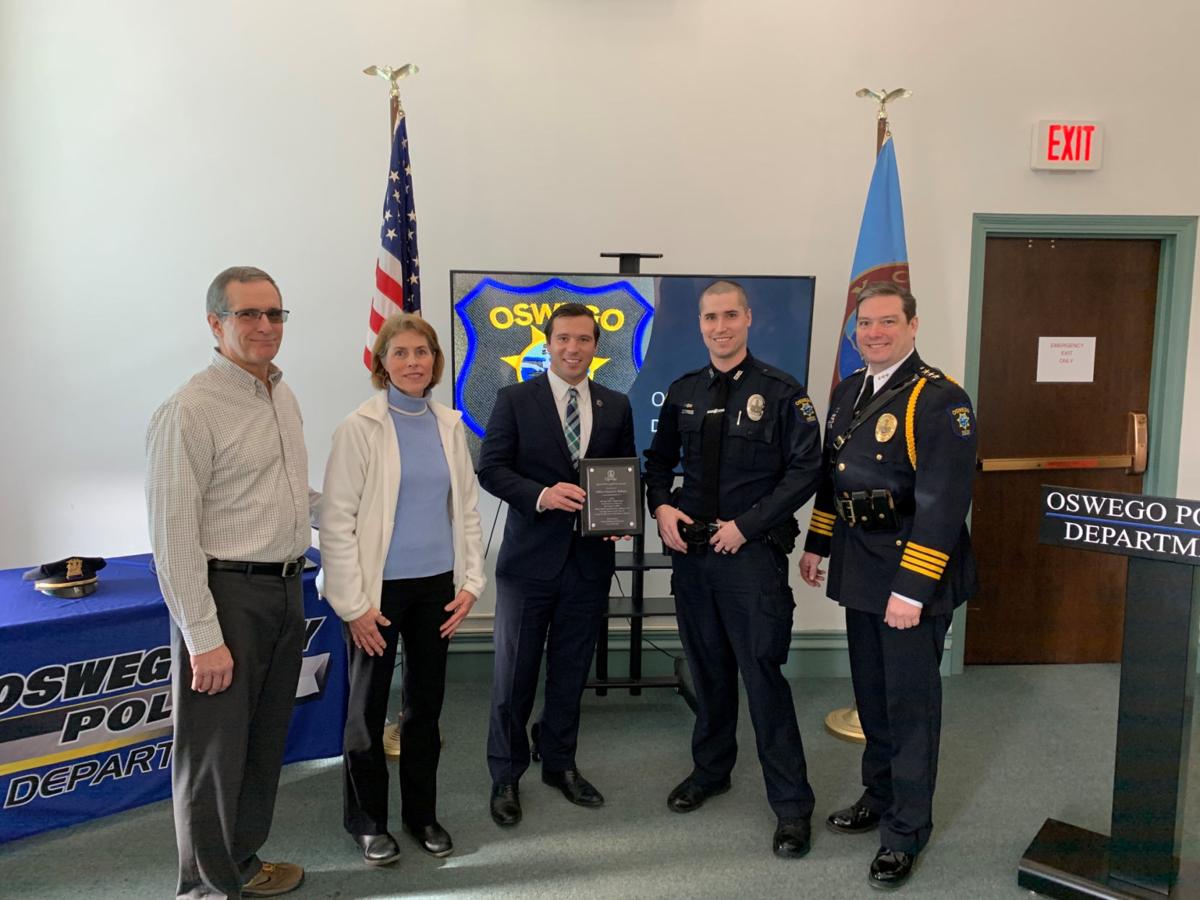 OSWEGO - Oswego City Police Officer Daniel Balloni was honored recently by Mayor Billy Barlow and Police Chief Tory DeCaire during a brief ceremony at the Oswego Police Department for his role in rescuing a 20-year-old female victim who was found in the Oswego River on Dec. 29, 2019 at approximately 1:17 a.m.

Officer Balloni was presented with the “Edward P. Proud Medal of Valor” by Chief DeCaire, the highest award given to a living member of the Oswego Police Department and, subsequently, Officer Balloni honored with the “Special Recognition Award” presented by Mayor Barlow.

Also honored were the other Oswego Police Officers who assisted during the incident; officers Brandon Kells, Joshua Martin, Christopher Pritchard and Brady Slimmer. Each of them receiving the Oswego Police Department’s “Excellent Police Service Award”.

According to Mayor Barlow, “I am proud, and Oswego as a whole is proud, of what Officer Balloni and the other officers on-scene were able to do. Officer Balloni’s actions and that of the assisting officers were nothing short of heroic. It is with great pleasure that I present Officer Balloni with the Special Recognition Award and my sincere appreciation for his remarkable and selfless act.”

Oswego Police Chief Tory L. DeCaire stated, “It is absolutely my honor that, as one of the final official acts as Chief of Police before my retirement, I am able to acknowledge the great work by Officer Balloni and the other officers involved. This Officer’s actions, and that of the other officers on-scene, involved a significant risk of imminent personal injury and, with knowledge of that risk, performed the act for the purpose of saving a human life. Great work by all!”

On Dec. 29, 2019 at about 1:17 a.m. members of the Oswego Police Department responded to a check the welfare complaint in the area of the Oswego River near West Seneca Street in the city of Oswego. Persons had reported to 911 that they could intermittently hear a woman screaming in that area and believed the screams to be originating from the river. The Oswego Police Department’s Patrol Division responded to the area and conducted a search. Patrol personnel ultimately located a 20-year-old female victim floating on the west side of the Oswego River, just off of the cement wall that lines the West Linear Park. The victim was in and out of consciousness and appeared to be struggling to stay afloat.

Patrol personnel threw one of the lifesaving rings that line West Linear Park to the victim; but she was unable to grab the ring do to her weakened state. At that time, a Patrol Officer, Daniel Balloni entered the water and secured the victim. The victim and officer were pulled to the bank by other members of the Oswego Police Department that were on scene and were assisting in the search efforts.

The victim and officer were immediately treated for hypothermia on scene by Oswego Police Personnel and both were ultimately transported to a medical facility for evaluation and treatment. The officer was evaluated and discharged. The victim was admitted and was reported as being in stable condition. As of this date, the victim has made a full recovery.