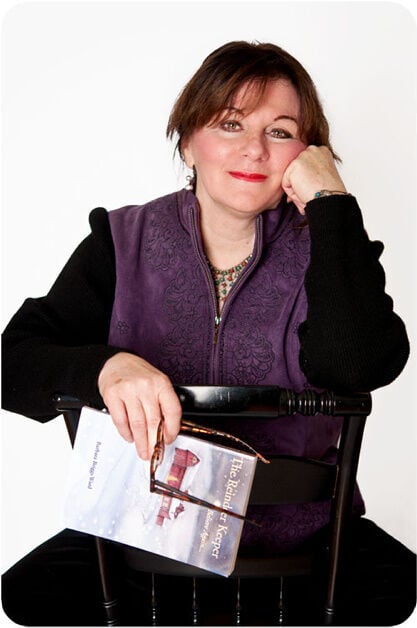 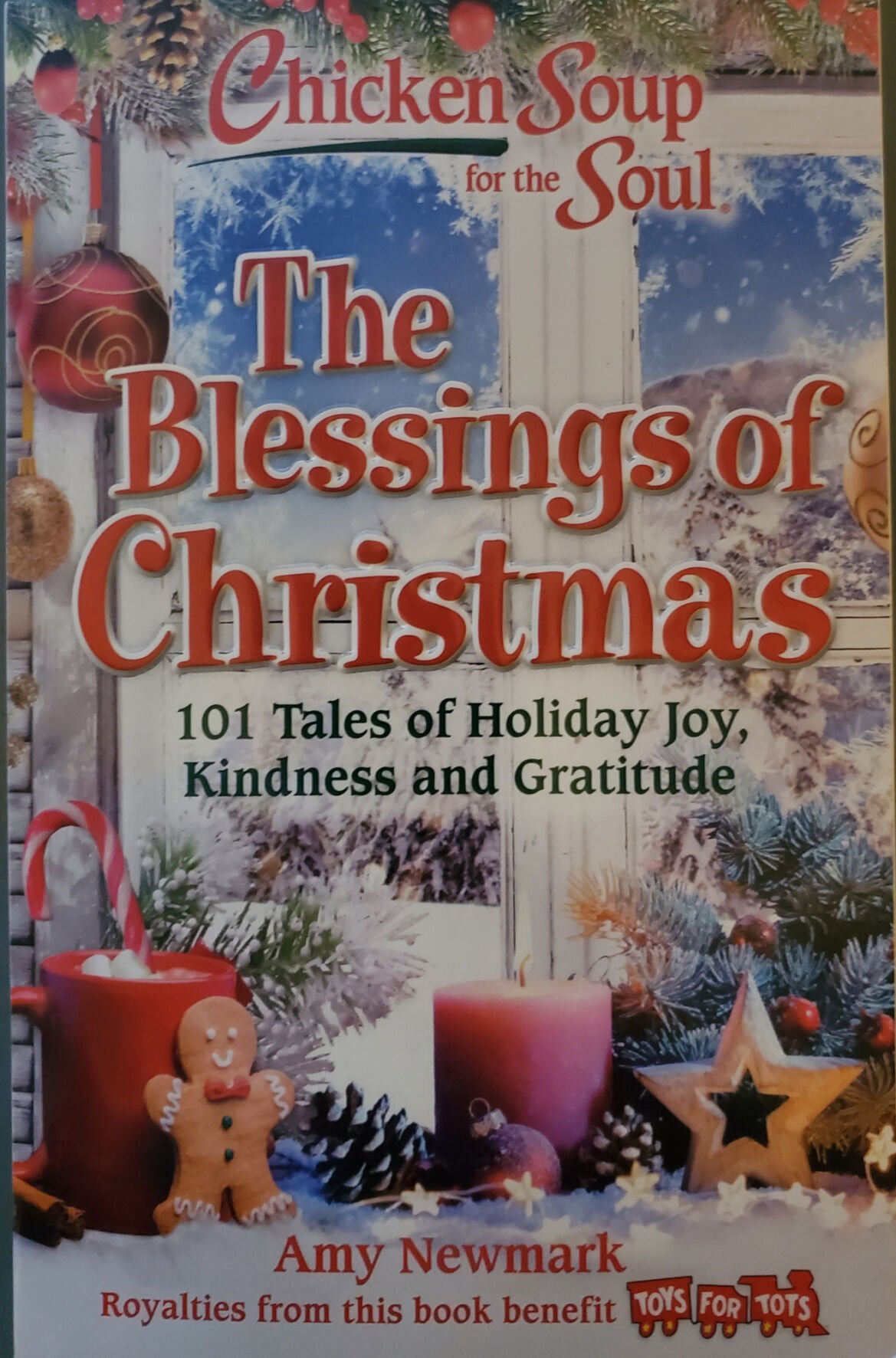 The book cover for “Chicken Soup for the Soul: The Blessings of Christmas.”

The book cover for “Chicken Soup for the Soul: The Blessings of Christmas.”

OGDENSBURG — An Ogdensburg author has had a short story published in “Chicken Soup for the Soul: The Blessings of Christmas.”

The story titled “Delivering Christmas” was written by Barbara Briggs Ward, who has had two other short stories published in the “Chicken Soup for the Soul” books. Her first story was published in 2010 and was titled “In Anticipation of Doll Beds” while her second story appeared in 2012 and it’s title was “Brown Boy.”

The latest “Chicken Soup for the Soul” book features 101 true, personal stories. Ward’s story recounts what she had experienced one December afternoon when going to the post office.

“I was in a hurry. I had to get my son who deals with MS to the gym by a particular time. Because he has a hard time maneuvering his walker in the snow, I wasn’t in the mood for the post office to be busy. But it was very busy. People weren’t happy. Many were in line on their phones. But through the interaction of two older women, all dressed up and excited to be out mailing their Christmas cards, they delivered the Spirit of Christmas to the rest of us,” she said.

The story “Delivering Christmas” is special to Ward because it “brought back memories of my father going to the Post Office before Christmas to mail Christmas cards my mother had addressed.”

“He’d be all dressed up, including a tie and his winter hat with a red feather, just like the two old ladies were all dressed up, out for the same important reason as my father-the mailing of their Christmas cards,” said Ward.

She said it’s an honor to have a story she wrote selected to be published in a “Chicken Soup for the Soul” book.

“They receive thousands of submissions for each title published. From those submissions, they only chose 101 per book. They have a strong marketing program before, during and after each book is published so the exposure for writers is tremendous. Word count cannot exceed 1200 words so once you understand their formula, the stories are a joy to write,” she said.

Ward said that she will continue to submit stories to be considered for publication and routinely checks their website for their “Possible Upcoming Book Titles.”

“If I feel I have something I could write that will fit their high standards, then I will write the story,” she said.

Ward has a number of works published – the trilogy of “The Reindeer Keeper,” “The Snowman Maker” and “The Candle Giver” – as well as the novella “The High School Dance” and other books in “The Tin Cookie Cutter” and “A Robin’s Snow.”

In 2021, her short story “The Kitchen” earned third-place in The Saturday Evening Post’s annual Great American Fiction Contest. More information on her work can be found at www.barbarabriggsward.com.

Locally, the “Chicken Soup for the Soul: The Blessings of Christmas” can be found at SLU’s Brewer Bookstore and signed copies are available at Pickens General Store, Heuvelton, the gift shop at the Frederic Remington Art Museum, Ogdensburg, and North Country Showcase, Massena. It’s also available online on Amazon, Barnes & Noble and Nook and Kindle. The cost of the book is $14.95.