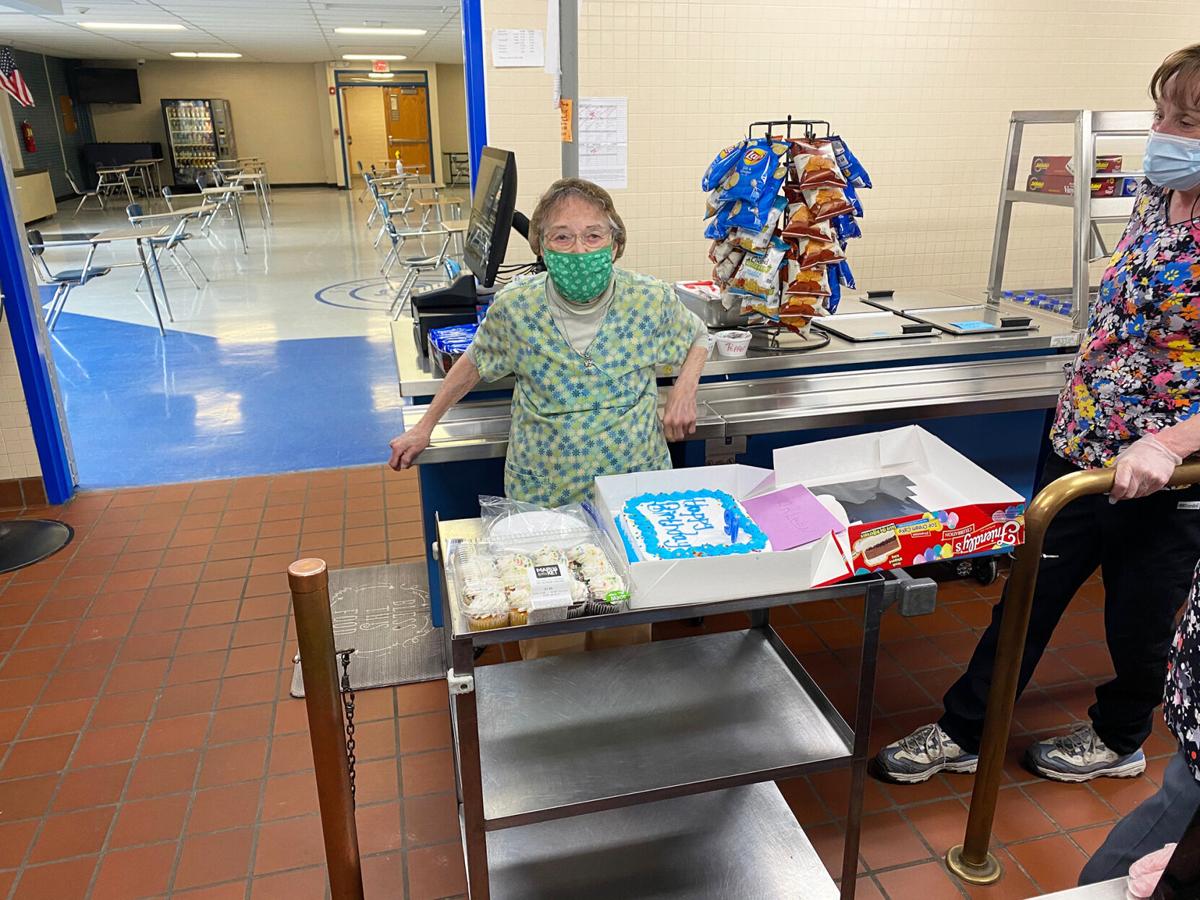 Arlene Berry celebrated her 90th birthday Monday surrounded by her co-workers at Ogdensburg Free Academy. Ms. Berry has worked in the cafeteria since September 1997. Provided photo 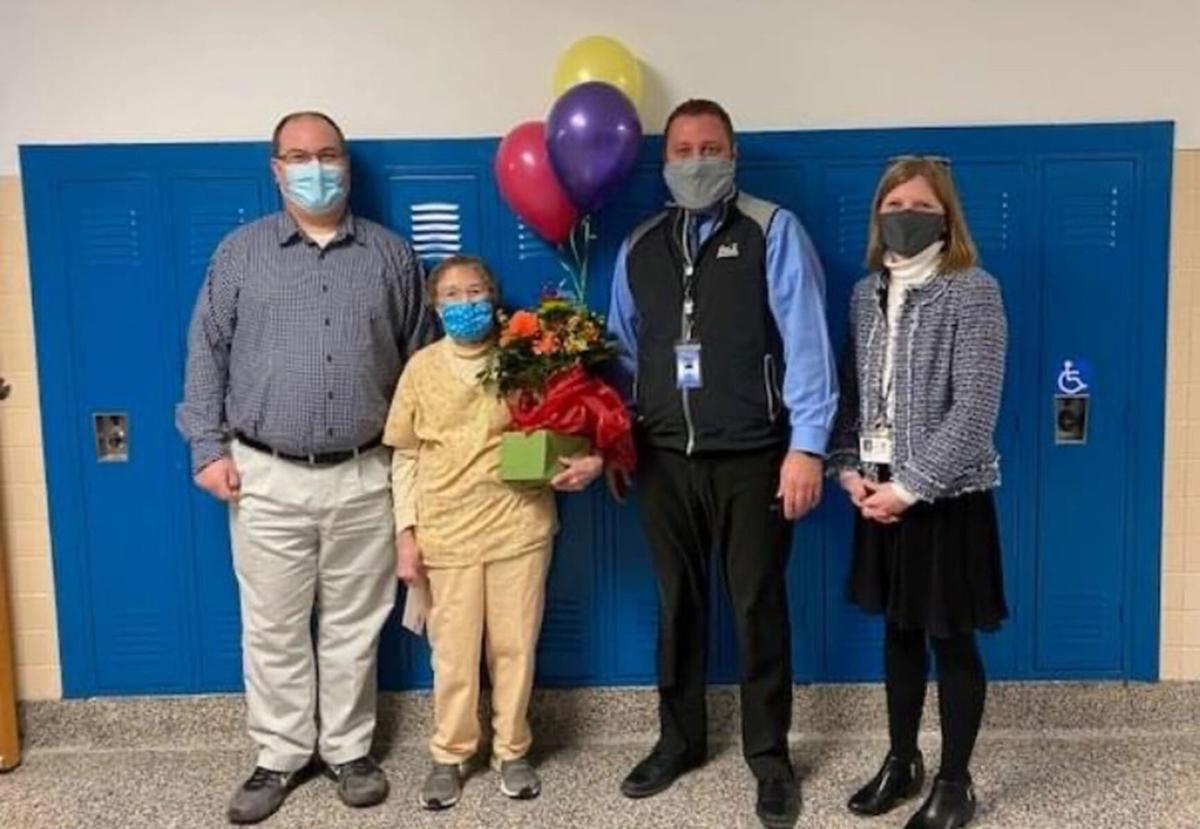 Arlene Berry celebrated her 90th birthday Monday surrounded by her co-workers at Ogdensburg Free Academy. Ms. Berry has worked in the cafeteria since September 1997. Provided photo

OGDENSBURG — For nearly 24 years, Arlene Berry has worked in the cafeteria at Ogdensburg Free Academy. Monday was no different for Ms. Berry as she celebrated her 90th birthday by doing what she always does — going to work.

Ms. Berry, 90, is an area native and graduated from Hammond Central School in 1948. Soon after graduation, she began working at United Helpers Cedars Nursing on Route 37.

“Arlene was a person of few words, but her actions spoke volumes,” retired United Helpers Cedars Nursing employee Beverly Addison said of her time working with Ms. Berry. “She just simply was a good person; you knew when you worked with her your day would go right. She was an employer’s dream, such a hard worker and so devoted to her jobs.

“Arlene is a kind and gentle soul and has been called an angel by many, including myself,” Ms. Addison said of her longtime friend.

She has been a part of the Ogdensburg City School District family ever since.

She continued to work part-time at United Helpers until 2007 and now solely works at OFA as a part-time food service employee.

“I really enjoy being with the employees and my co-workers,” Ms. Berry said of her job. “I love the students.”

“She always has a smile on her face,” Mr. Mitchell said of Ms. Berry. “The kids look for her every day.”

“There was a period of time where she was out for a couple of weeks due to health reasons and everyone was asking where she was and when she was coming back,” Mr. Mitchell recalled.

Surrounded by her co-workers, Ms. Berry celebrated her 90th trip around the sun Monday with an ice cream cake provided by her food service co-workers. The cake was decked out in blue icing and even had two big blue candles: a 9 and a 0.

Even though she wore a mask, her smile could be felt.

“She’s just a wonderful person; she motivates everyone else to do the very best that they can when they come into the district and work,” Ogdensburg City School District Superintendent Kevin Kendall said of Ms. Berry and her work ethic. “I hope when I’m her age, I have the same amount of energy that she has.”

“She loves, loves her job,” Mr. Kendall said. “She loves the kids, she loves everything about it. Everyone in this community knows Arlene.”

Wonderful person and an inspiration for all!

You and life are a blessing!