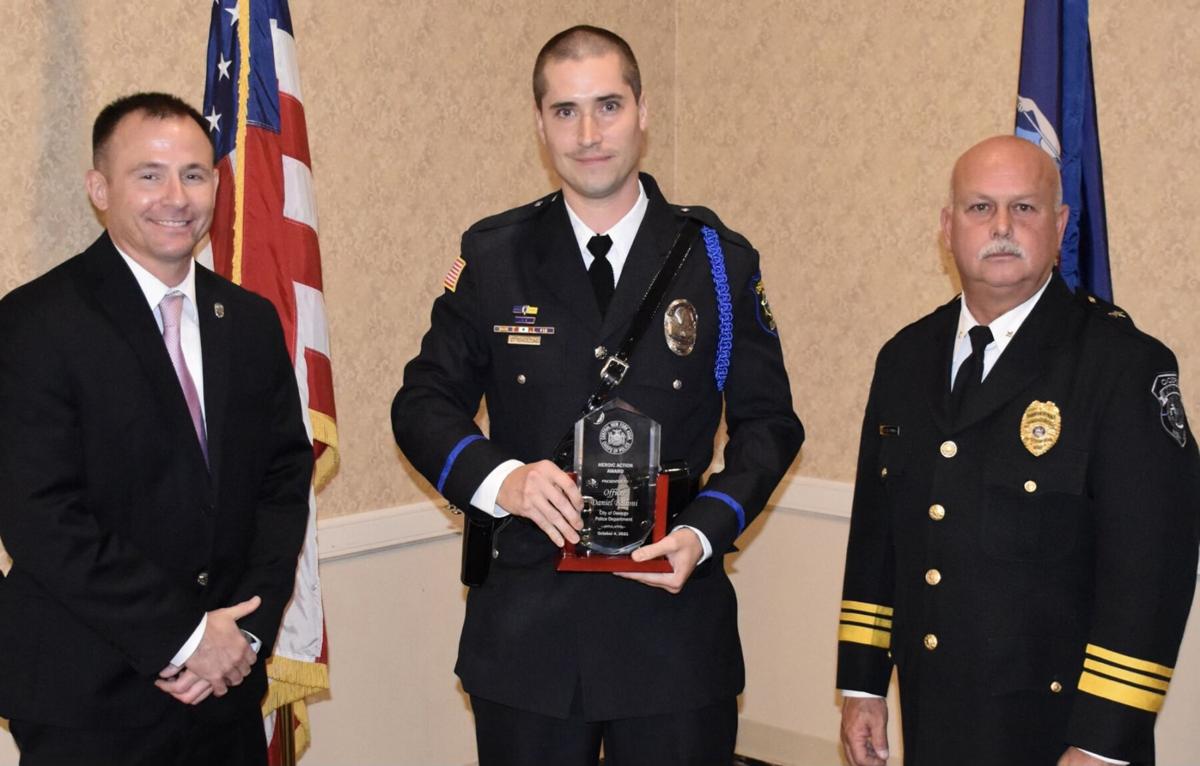 Officer Daniel Balloni was honored for his heroic efforts that took place during the early morning hours of Dec. 29, 2019. 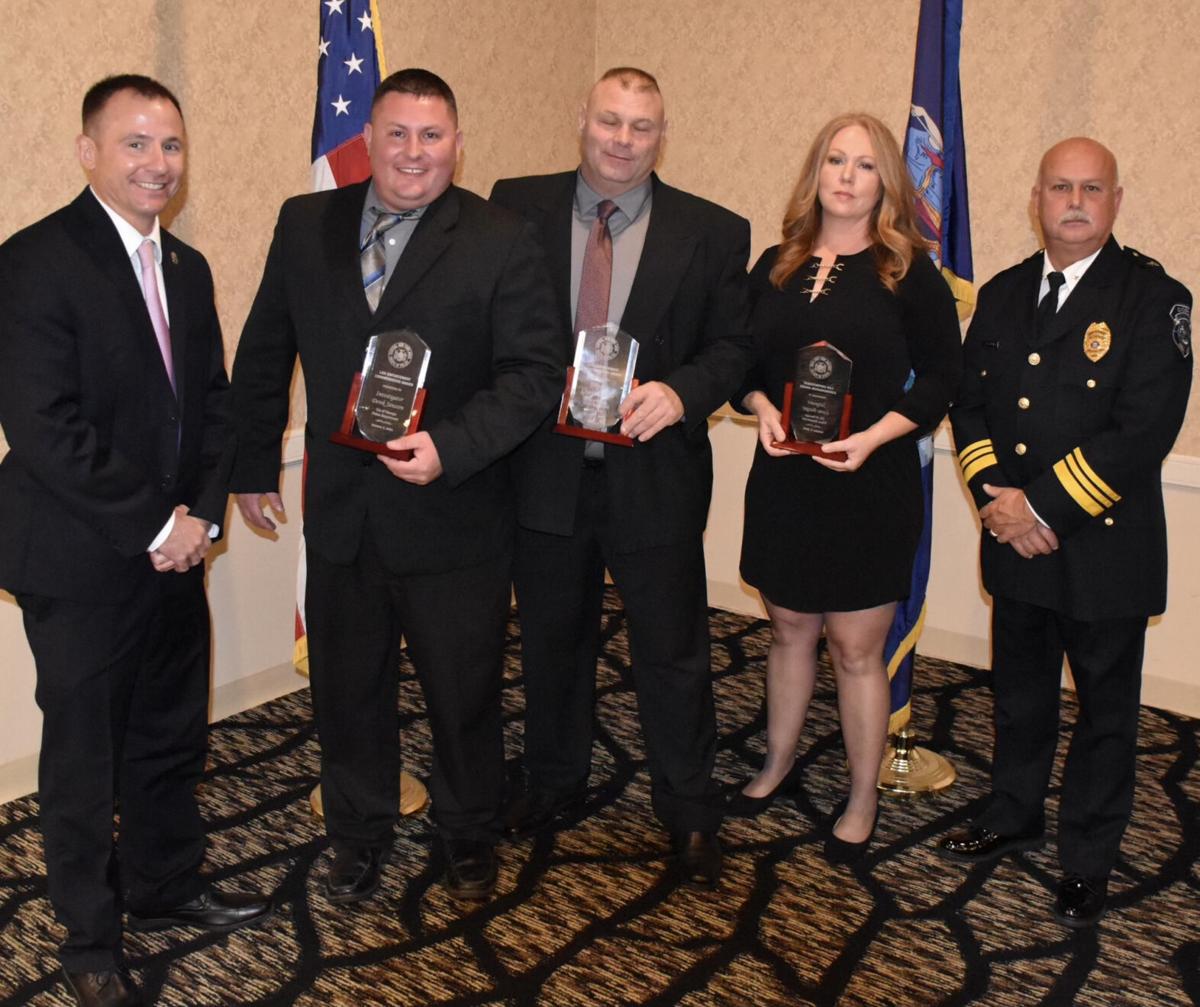 Officer Daniel Balloni was honored for his heroic efforts that took place during the early morning hours of Dec. 29, 2019.

OSWEGO - Mayor Billy Barlow announced that several members of the Oswego Police Department were recently recognized and awarded for excellence in police service at the annual Central New York Association of Chiefs of Police Awards Ceremony.

Officer Daniel Balloni was honored for his heroic efforts that took place during the early morning hours of Dec. 29, 2019. Balloni was dispatched to the area of the Oswego River along West First and Seneca streets. alloni ultimately discovered a woman in the river who was struggling to stay afloat. After failed attempts to use a life ring to remove the woman; Balloni chose to enter the 47-degree water to pull her out. Balloni and his fellow officers on scene were successful in removing the woman who was suffering from hypothermia. Balloni and the woman were transported to a local medical facility where they were treated and ultimately released without incident.

Members of the criminal investigation division also earned recognition. Lt Charles Burger, Sgt Lorie Burger and Investigator Derek Jansson were honored with a law enforcement commendation stemming from a child abuse investigation. The team of investigators were able to work through a difficult situation where the children in the home were being abused by adult parents. Their investigation led to the arrest of both parents and provided the children a safe home away from the abusers.

“I congratulate all of the Oswego Police Department officers who were recognized and honored during the Central New York Association of Chiefs of Police Awards Ceremony. These officers are truly the best of the best and work each and every day to make our community better and safer for all. I appreciate the work they do and I am glad they received the recognition they deserve, not just from Oswego, but all of Central New York,” said Mayor Barlow.

Oswego Police Chief Phil Cady said, “I’m proud of the work that our department does day in and day out. It’s cases like these that show our members continued commitment to protect the safety of our citizens. These well-deserved awards highlight our members selfless acts and dedication to our community.”

The ceremony was held at Drumlins Country Club in Syracuse.