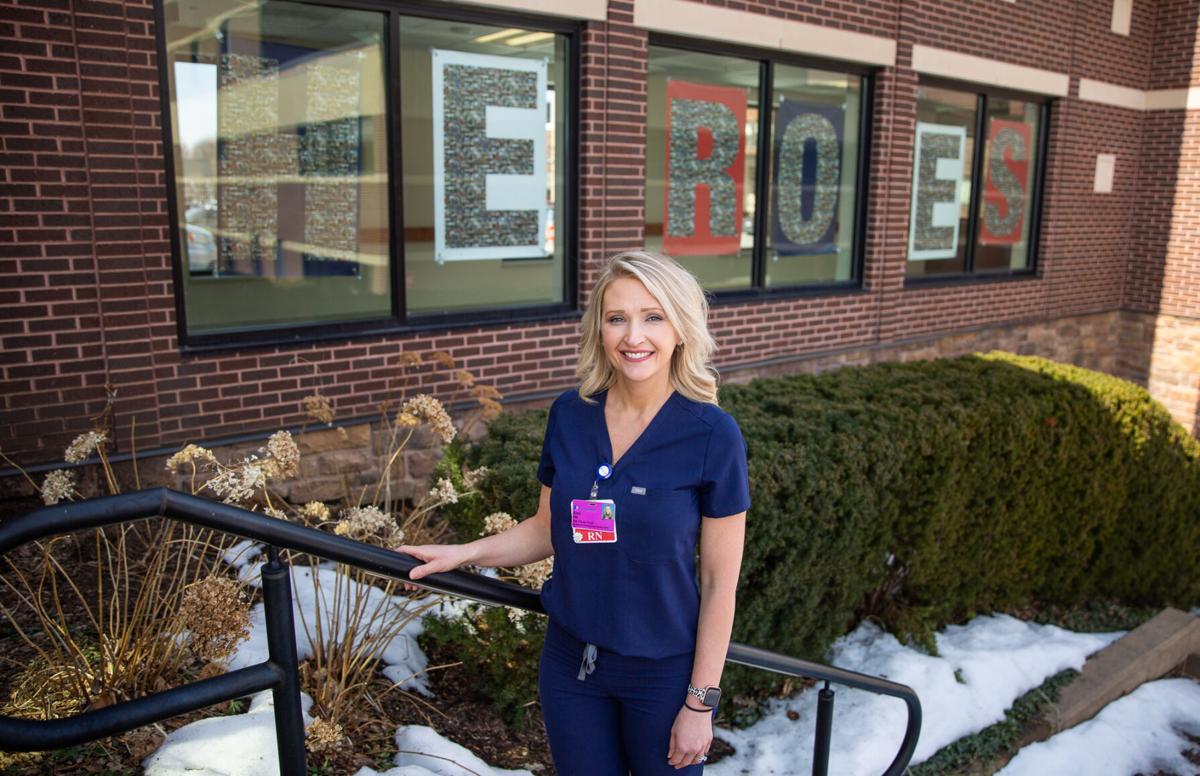 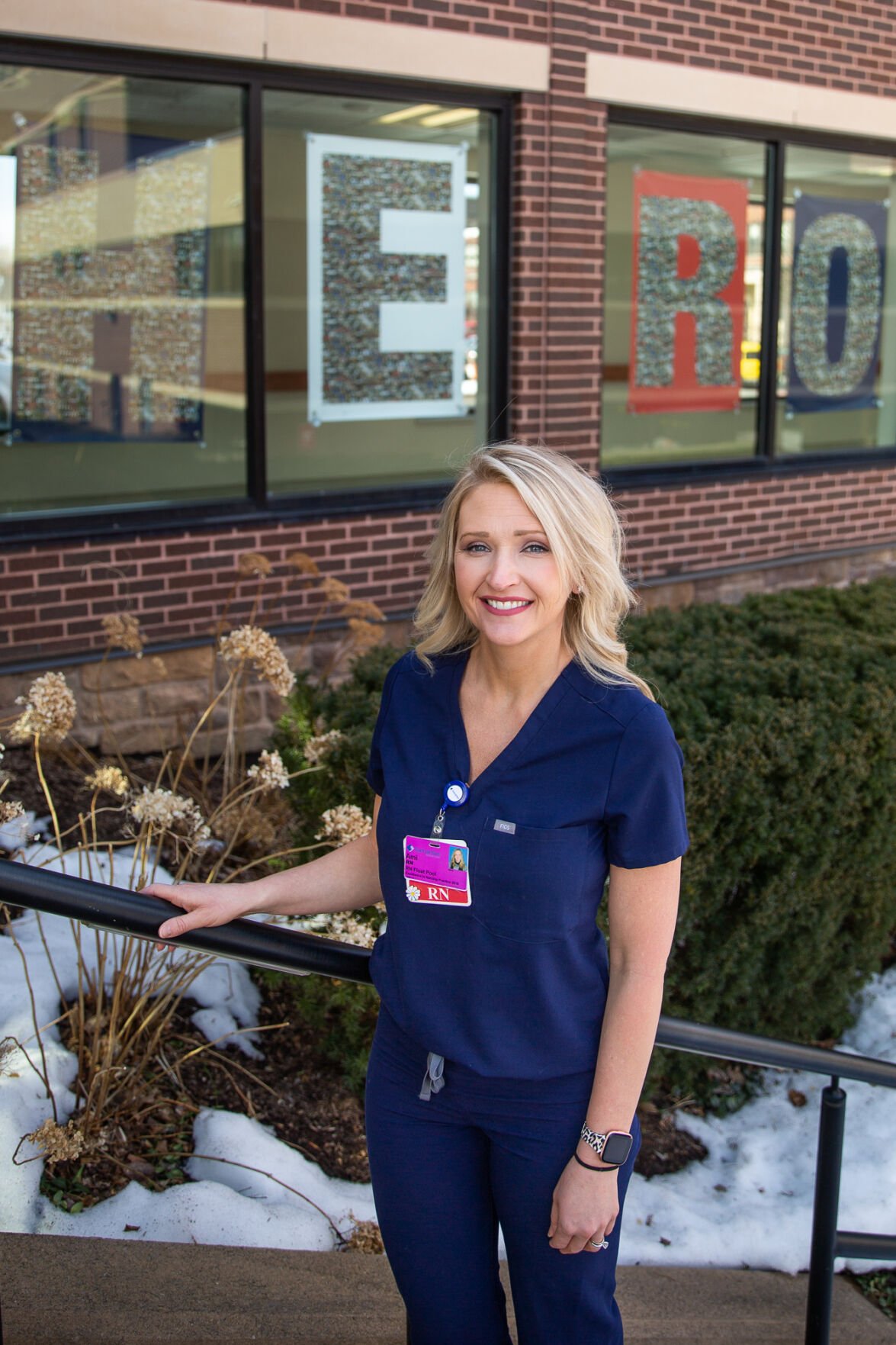 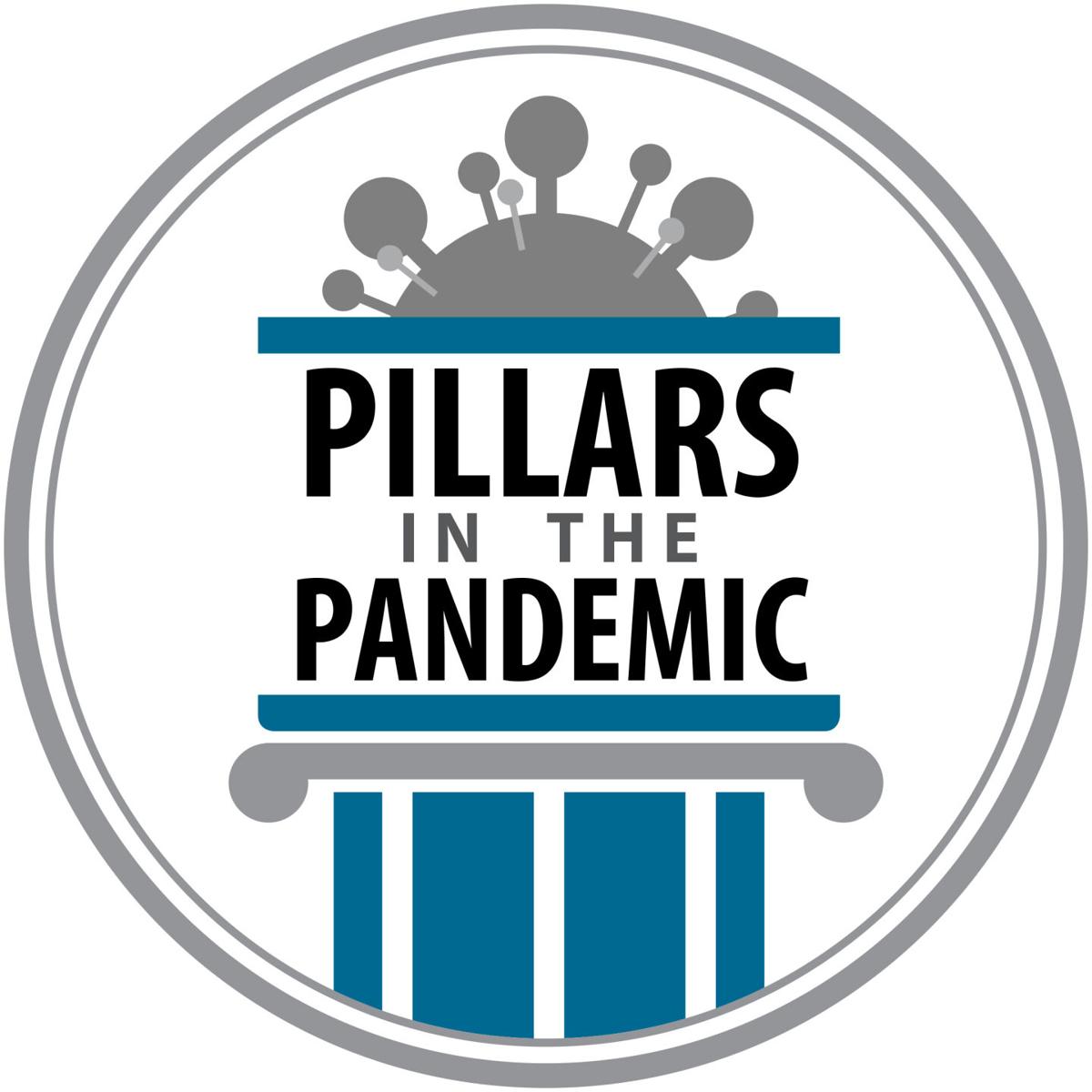 One year of COVID-19 anxiety: How the north country persevered through loss and disruption

WATERTOWN — We worried and were sickened. We were engrossed by numbers. We mourned and buried our dead. We emptied shelves. We were careful. W…

WATERTOWN — The hardest part for Ami S. Mitteer has been witnessing the lonely struggles.

As a registered nurse in the COVID-19 unit at Samaritan Medical Center, she has been in the forefront of caring for patients and lending compassion at a time when such mercy and empathy could be the only remedy to make one feel better during a savage, uncertain battle.

“Patients are scared and they’re doing it alone,” Mrs. Mitteer said. “They can contact family members by phone but not having somebody at your bedside is pretty difficult.”

“It’s not just the patients, but the families too. I’ve always done my best to talk to the families as much as I can and reassure them and keep them informed about what’s going on,” Mrs. Mitteer said. “It’s difficult to watch, especially when patients were really sick through December and January.”

Those months brought the most deaths locally in the pandemic.

“That was the most difficult because it just wasn’t an accommodating situation for families,” Mrs. Mitteer said. “Unfortunately, it couldn’t be helped. It’s just the way things are right now.”

Mrs. Mitteer is a native of Ellisburg and a graduate of Belleville Henderson Central School. She went to nursing school at Clinton Community College right out of high school. Both of her sisters are also nurses.

“I’ve always had a compassion for people and I like a job where I’m up and on my feet and I like to interact with people,” Mrs. Mitteer said. “I just like to see people get better. I just knew from the start it was something that I enjoyed doing and still absolutely love it.”

She worked at Albany Medical Center for two years before returning to Northern New York and has been a “float” nurse at SMC for the past 12 years. The hospital’s COVID unit opened last spring and Mrs. Mitteer has been assigned to it since then.

“The float nurses are the ones who generally staff it because we’re not assigned to a specific floor,” Mrs. Mitteer said. “When we come in in the morning, we’re assigned wherever we’re needed, and now we’re the ones to staff that floor because it wasn’t ever a floor that required specific staffing. All of my other coworkers are floats as well.”

An initial sense of apprehension about her work space has eased over the months. But she was nervous at first.

“Especially after seeing so many things on the news about staff not having enough proper PPE (personal protection equipment) and having to wear trash bags, and go into patient rooms,” Mrs. Mitteer said. “But I’m thankful that Samaritan has been extremely good to make sure we have our PPE. So far, thank goodness, I’ve never experienced a shortage. We’ve always been properly protected.”

The community, Mrs. Mitteer said, has also made sure of that.

“There’s been a lot of community members who have donated as much as they can to help us as well,” she said. “The outreach has been fantastic — people making face shields and sending them in so we have them. I feel grateful to work in such a great community.”

‘Fear of the unknown’

“I started following it on the news quite a bit and what was happening in other countries,” she said. “It was scary to think that it could come here. I was hopeful that we were prepared.”

She was asked what the talk was among her colleagues.

“We knew there would be a time when it would affect us. But it was mostly the fear of the unknown — how bad things were going to get, hoping we were ready and had everything that we needed,” she said.

When the pandemic arrived in the region, she and her coworkers were prepared, but Mrs. Mitteer was still astonished.

“It was a pretty unbelievable thing to think that this could even be happening,” she said. “Never in my life did I think I would be a nurse in the middle of a pandemic. It’s pretty shocking.”

The nurse also had to balance fears about her home front in Adams. Her husband, Troy, is also a nurse — a supervising one with the Jefferson County Public Health Service. They have two boys, ages 4 and 9.

“He’s kind of in a different area of nursing, but we have patients out in the community that are being seen and need home care services too,” she said. “My biggest concern was how it was going to affect my family because I knew we would both be involved. What would I do with my children and how would I keep them safe? It was a lot to think about.”

A regimen was set up when she arrived home. Her husband would keep their boys away from her while she washed up and tossed her clothes into the washing machine.

“I had Lysol in my car,” she said. “I’d Lysol my shoes just to make sure that I didn’t bring anything home. I was extremely careful.”

Mrs. Mitteer was interviewed in the first week of March, a time when the county recorded its 81st virus-related death and weeks after its huge virus surge. She said her COVID floor/unit had the most patients in December and January.

“The hospital was pretty full and the patients were very sick,” she said. “It was a rough couple of months. Most recently though, we’ve seen a significant decline in hospitalizations. It’s been a lot better.”

The high point in the SMC’s COVID unit was 18 patients, Mrs. Mitteer said.

“That didn’t include the ICU patients,” she said. “At one point, the ICU was full too, and they could get up to 10. It was awful.”

She said her coworkers gave her strength.

“I work with some of the best nurses,” Mrs. Mitteer said. “I have the upmost respect for all of them. We’ve been there for each other through this whole thing. We’ve found a way to get through it, to cope, to keep each other doing well and helping one another out.”

She believes she can take something positive out of her pandemic experience.

“I think I’ve gained some skills taking care of patients,” Mrs. Mitteer said. “They’ve been sicker and I’ve learned a lot. I feel very confident in Samaritan, where I work. I have the greatest trust in my coworkers. I just feel that camaraderie is so important. I want to share that wherever I go. I’ve drawn a lot of positives just communicating with families. It’s been rewarding, even though it’s been difficult.”

She added, “And then going home to my family and just seeing how lucky I am. I’m just grateful for everything.”