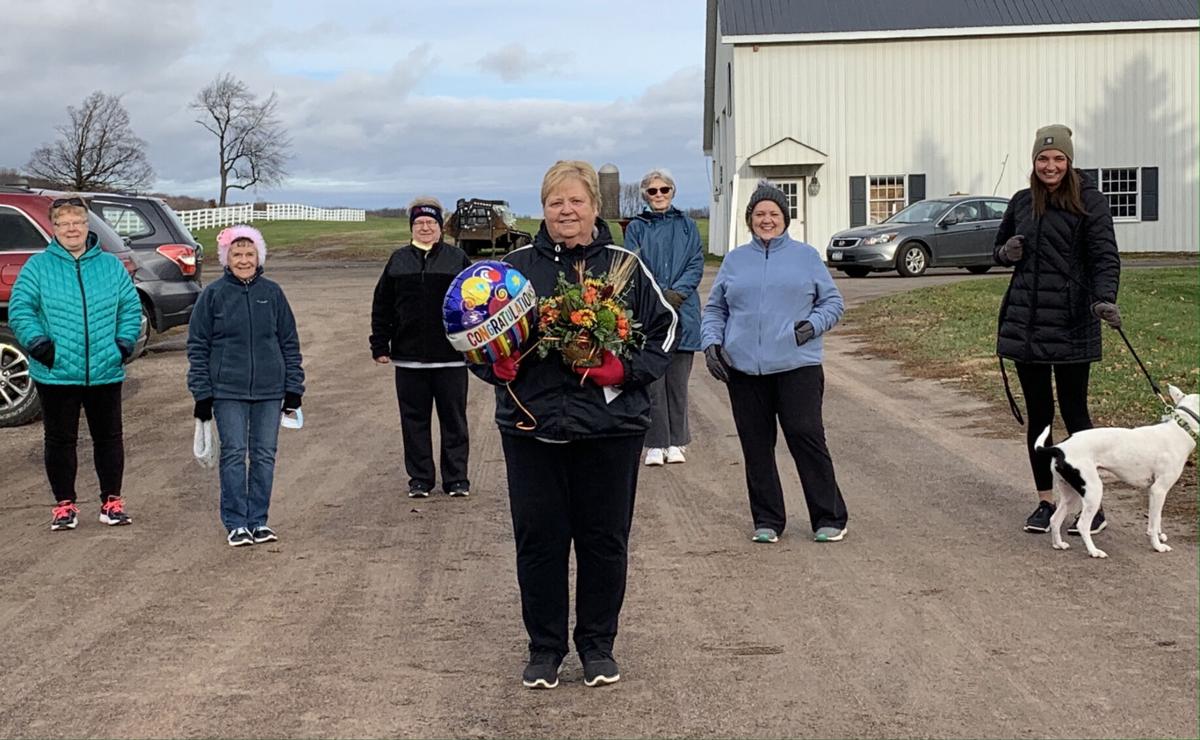 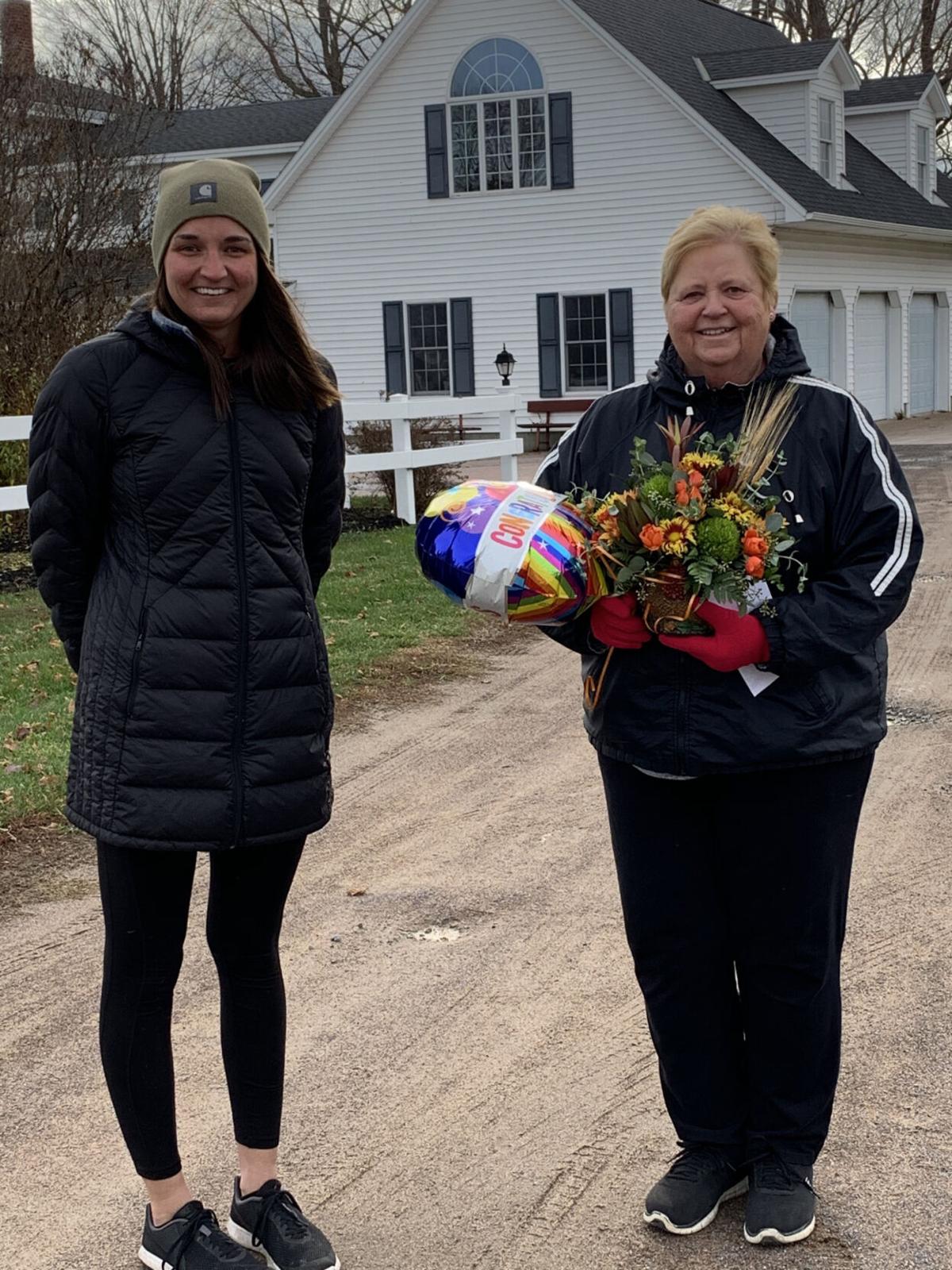 LOWVILLE — With the current health crisis which has resulted in restrictions on gathering, groups have had to get creative in order carry on business. Such was the case for the Pratt Northam Foundation in presenting its annual Don Exford Community Service Award to Sharon Kelly.

According to a news release from the organization, when Brittany Davis arranged for her water aerobics ladies to meet for a socially distanced walk at Maple Ridge, Ms. Kelly wasn’t suspicious.

“After all, Brittany told the group that she was missing them since classes had been cancelled in March due to COVID-19,” states the release. “Little did Sharon realize that as a director for the Pratt Northam Foundation, Brittany was creatively arranging for Sharon to be presented with her award.”

Despite the cold, the members of the group, who were in on the surprise, came out for a socially-distanced presentation.

Ms. Kelly was presented with presented with flowers in appreciation of her “tireless community involvement” along with a check for $1,000 and a five-year Empire Pass for New York State Parks “for her future adventures.”

Before retirement, Ms. Kelly was a kindergarten through seventh-grade teacher at South Lewis Central School, Turin, for approximately 30 years. She still spends her days subbing at South Lewis schools when she is needed. She is a leader in the State Reading Association, where she continues to help prepare statewide conferences for teachers and is active in the Thousand Islands Literacy Council.

Ms. Kelly is a volunteer at the Lowville Food Pantry, Lewis County Taking Care of Our Own, Beta Sigma Phi (a cultural and support group), DKG (an educational sorority), St. Peter’s Church, St. Therese’s Guild, and many other charitable events and groups.

“Sharon was able to successfully plan and launch the creation of two Lewis-opoly games, collecting advertising spots and selling the games,” state the release.

The effort has raised thousands of dollars for the Lewis County Taking Care of Our Own group, which helps cover unplanned costs during family tragedies or hardships.